It was the weekend of the Queen’s funeral and I was in Felixstowe eating fish and chips in a pub. 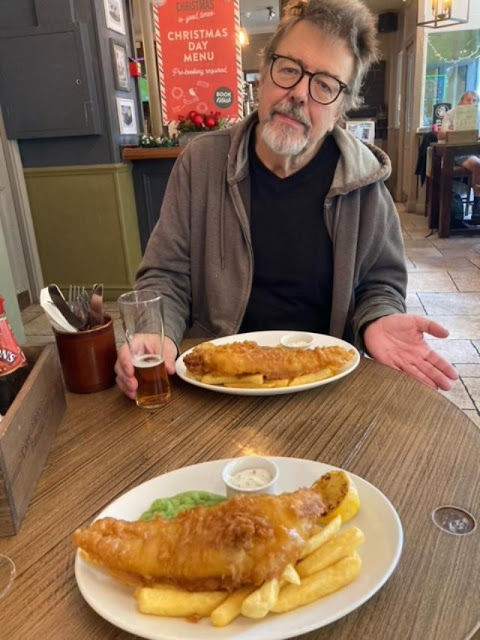 I wish the pub had been called the Prince of Wales, but it wasn't. I’m not eating two platefuls – the other belongs to the photographer – Caroline Gannon. You probably worked that out.

Previously, between the Platinum Jubilee and the funeral I ate this Coronation Chicken sandwich, in Dedham.  It was good, if slightly over-toasted. 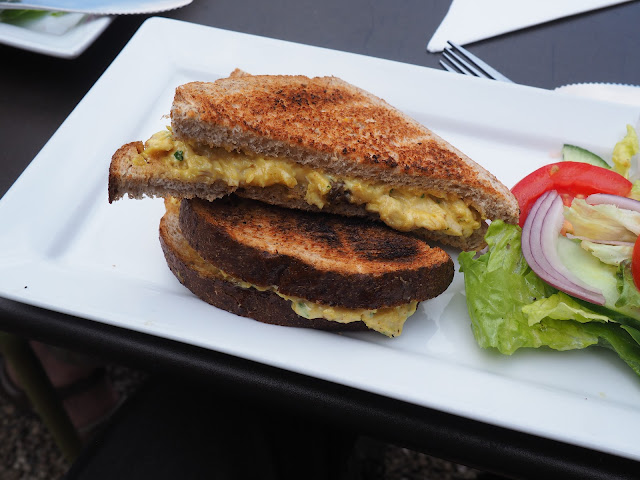 On the weekend of the Jubilee itself I was, partly, in a pub in Hoddesdon with winsome men of a certain age (though younger than me – Simon Poulter and Dr. Pete Gomes), and if the picture is to be believed I made do with a glass of lager.  Photo again by Caroline Gannon. 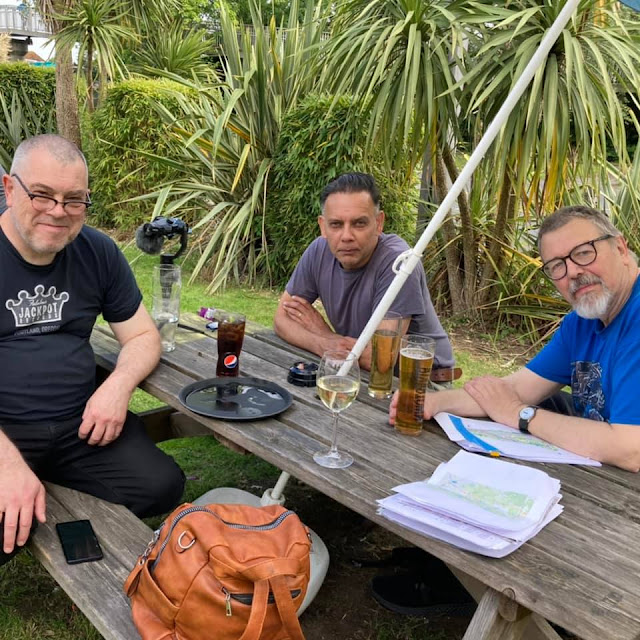 And today, as the memory fades, the local Co-op has started selling mince pies.  It’ll soon be Christmas.  Life, and the monarchy, goes on. 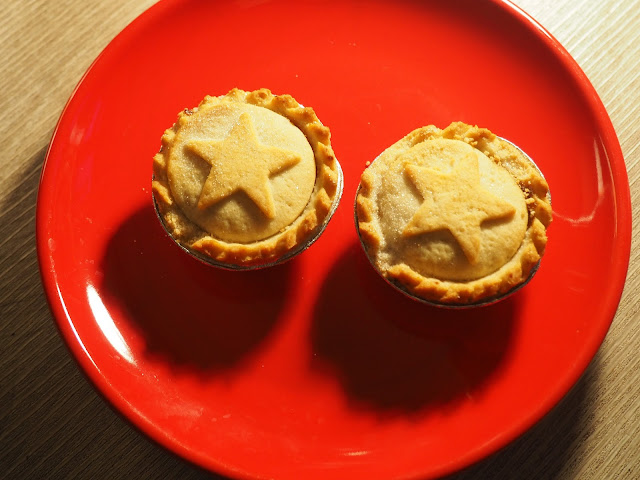 Posted by GeoffNIcholson at 11:21 AM