Some of the most exciting words about food that I’ve read in recent days were written by Polly Vernon, in a piece in the Times about the joy of pubs.  Yes, newspapers still have to be filled up with something or other.

Vernon’s words runs, ‘My earliest memories of good times involve … cheese sandwiches with chips squished in on a bench outside the Lighter (a pub) while the adults got lightly sozzled (inside).’ 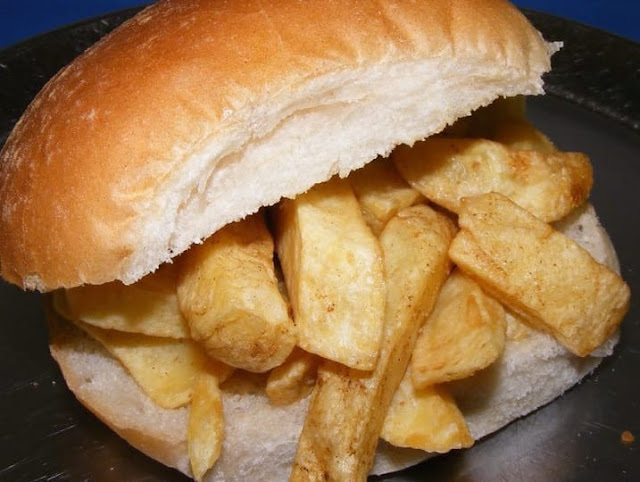 Polly Vernon comes from Devon.  I come from Yorkshire, where of course chip butties are thought to be a pillar of our cuisine, but you know I’m not sure I’ve ever had one.  My mother, a Catholic of the guilt-inducing school, somehow managed to convince me that chips were a bad thing, and that chip butties were downright sinful.  Despite having lost whatever religious impulses I ever had, this has stayed with me.

But the idea eating the chips in a CHEESE sandwich, well that sounds perfectly OK, not a road to hell after all – I shall try it soonest. 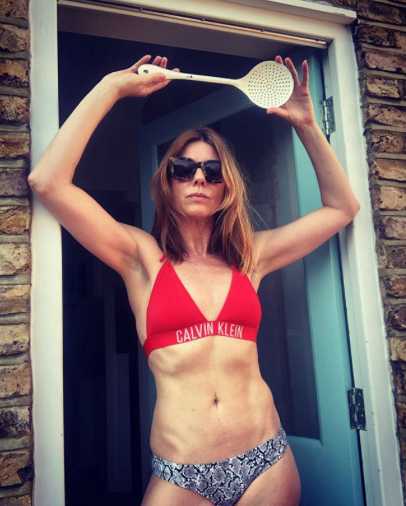 Polly Vernon is the author of the book Hot Feminist, and she doesn’t look like she eats a lot of chips, in sandwiches or otherwise, but maybe she just has a fabulous metabolism.  The picture is from her Instagram feed.

So obviously I then when off and made one - all-supermarket - buns, oven chips, mature cheddar - and loads of vinegar obviously.  It was OK but now I'm thinking blue cheese, brie, truffled goat ... 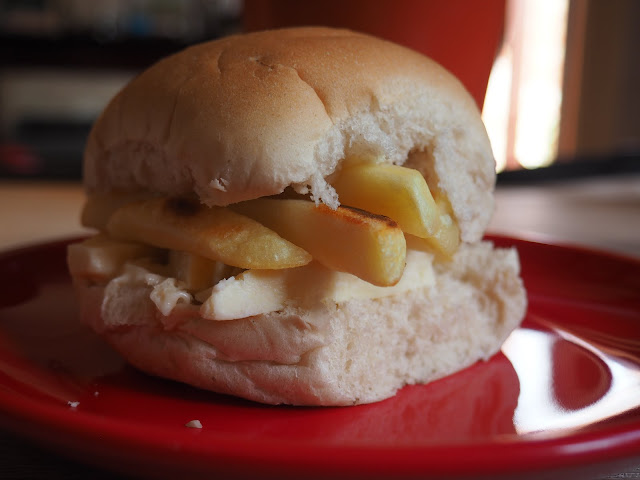 Posted by GeoffNIcholson at 8:14 AM No comments:

THE CHEEK OF IT 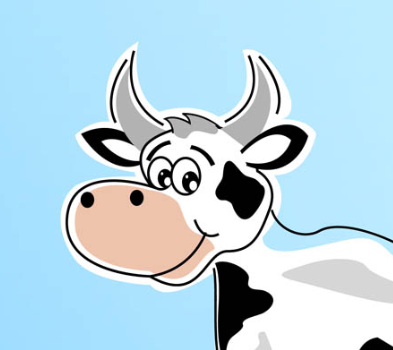 I first knowingly ate beef cheek at a fancy restaurant named Maze, part of the Gordon Ramsey Group, though it had its own presiding chef, and it’s now closed.  Below is what I think it looked like, though the picture isn’t mine, it’s from the blog belonging to Eddie Lin. 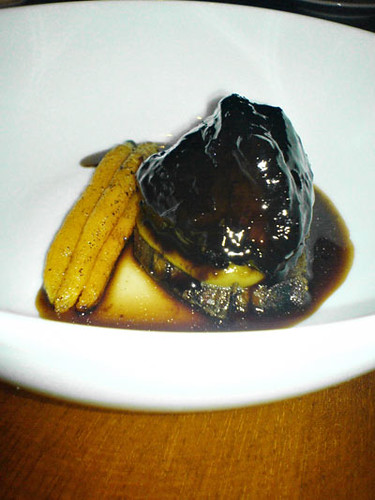 I said ‘knowingly ate’ because it occurs to me that lumps of beef cheek may well have found their way into many meat pies I’ve eaten.  If you cook beef cheek long enough it becomes as tender and as melting as any piece of beef in the world.

The second piece of piece beef cheek I ever ate was at a really good restaurant in Colchestser, named Grain.  Here it is with mashed potato again, and sprouts.  The portion size could have been bigger. 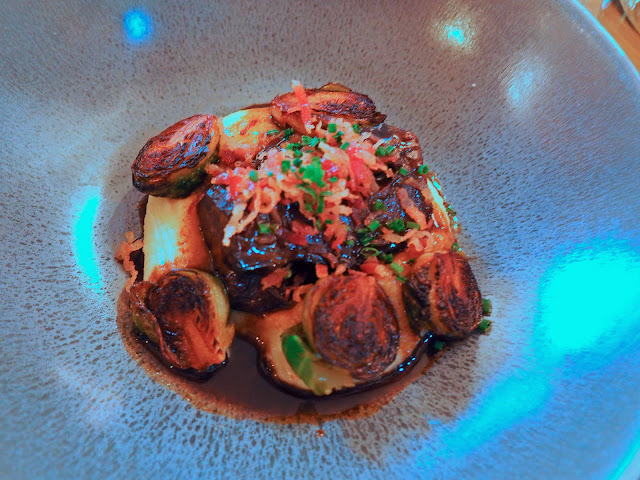 And then last weekend I made my own.  Beef cheek seems kind of expensive – the slab below cost about 15 quid but then you do get a staggering number of meals out of it, especially if you eke it out in restaurant size helpings, which admittedly I did not. 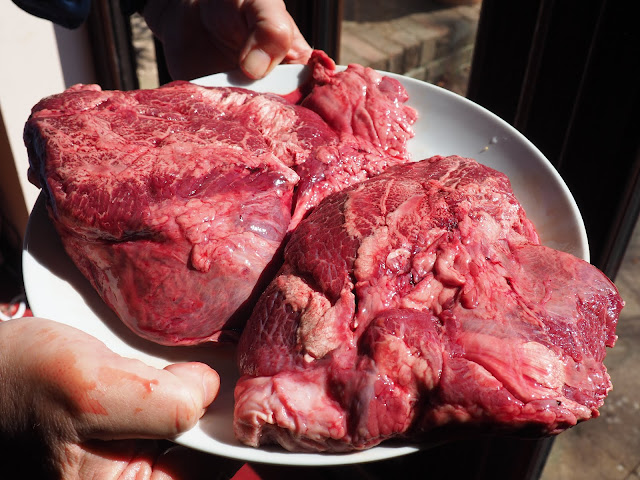 Cooking beef cheek is as simple as it gets – you give it a quick fry to seal it.  I'm cooking half the quantity above. 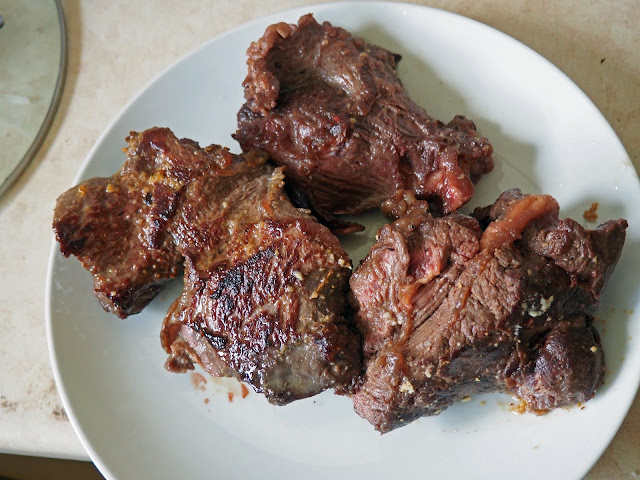 And then you stew it for a few hours with red wine, vegetables and herbs: and that’s it  Some recipes use dark beer which would be almost as good, though not quite I think. And I added a little bit of sugar at the end to balance the flavour of the sauce, but that obviously depends on your taste.  I think a big splash of port might have been even better. 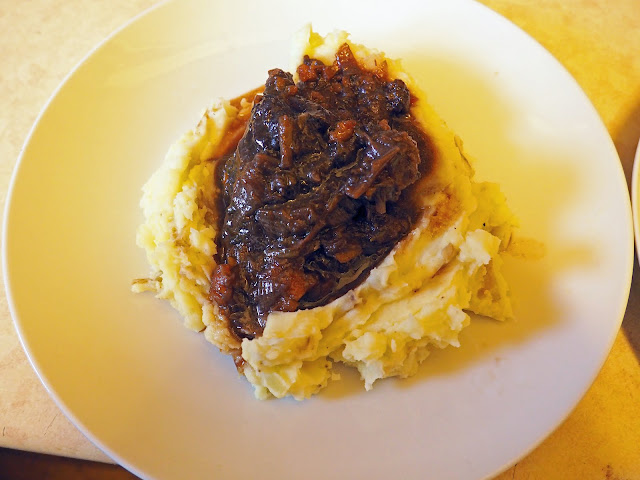 The recipe I wasn’t quite following (I’m constitutionally incapable of following a recipe) also suggested I should liquidize the sauce which I suppose might have given the end result that smooth lacquered look of the Maze version, but I was pretty happy with it as it was.

Posted by GeoffNIcholson at 11:43 AM No comments:

KEEP ON MASHING IN THE FREE WORLD 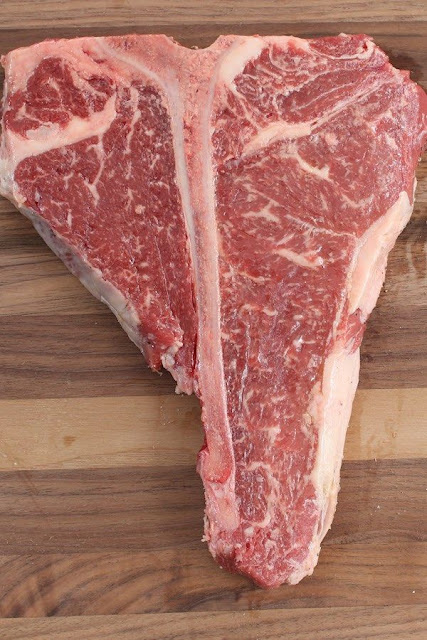 Sometimes I forget how much I like Neil Young but then I remind myself, and all is well.  I think we know by now that Neil is not for everybody and I’m not in the business of convincing anyone of his godlike genius but if I were I would play them ‘T-bone’ from the album re-ac-tor. 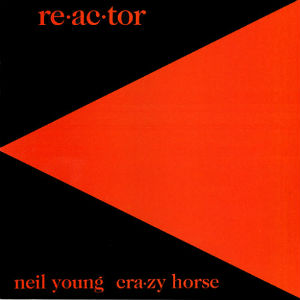 The lyrics are as follow, according to the album liner, but I really don't hear the s at the end of potatoes - I hear 'Got mashed potato' which I think is better:

And so on for a shade over nine minutes.  If that’s not a highpoint in western art I don’t know what is, and as the man himself says: 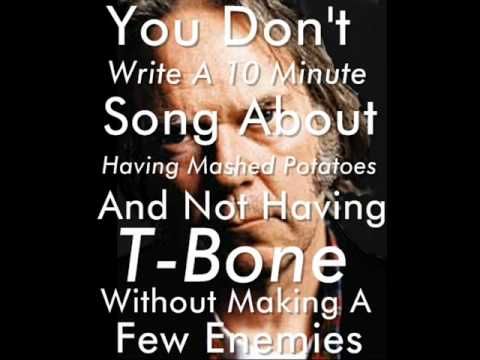 I’ve been singing this to myself since I bought a packet of Roysters Bubbled Chips - T-bone steak flavour. 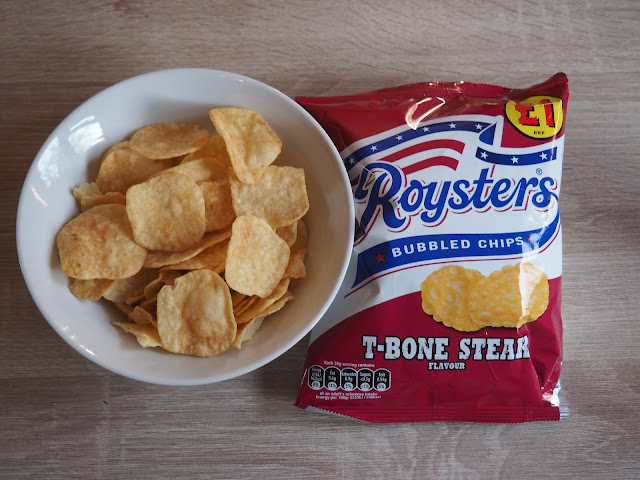 I hear you ask ‘What is T-bone steak flavour?’ and I can help with that.  It’s right there on the packet.  Ingredients include but are not limited to Rice Flour, Salt, Dried Yeast Extract, Flavourings, Flavour Enhancers, Monosodium Glutamate, E627; Sugar, Maltodextrin, Spices & Herbs, and Emulsifier E471.’

In other words we’ve got no actual T-bone.  And obviously we’ve got no mashed potato.  The potato we’ve got is dried and reformed.  Ah well.

Below is a link to the Neil Young song. You may need more than one packet of bubbled chips to get you to the end, possibly also more than one beer.

And let’s not forget T-Bone Walker 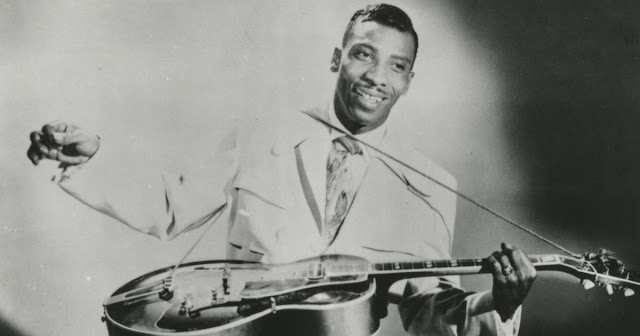 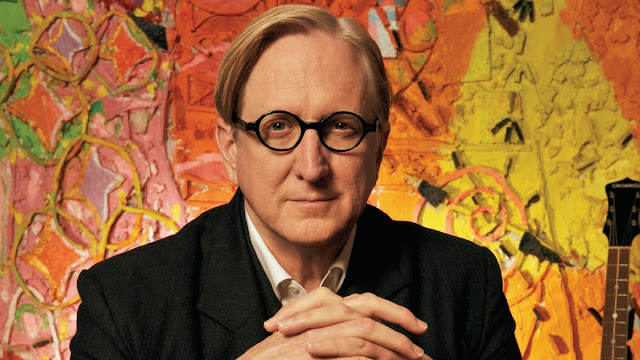 Posted by GeoffNIcholson at 9:47 AM No comments: 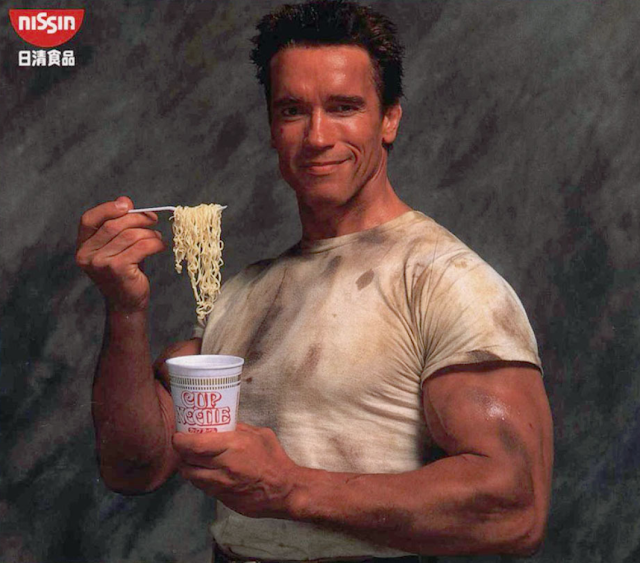 It’ll come as no surprise to you that I take Arnold Schwarzenegger as one of my role models.  And this being so, and taking into account the above image, I thought I might shelter from the pandemic by making a not especially in-depth study of ramen, or as we more often call it in England, pot noodles.

For a while, every time I went in a supermarket I bought a different variety with the result you see below.  Eleven pots - enough for eleven nights. 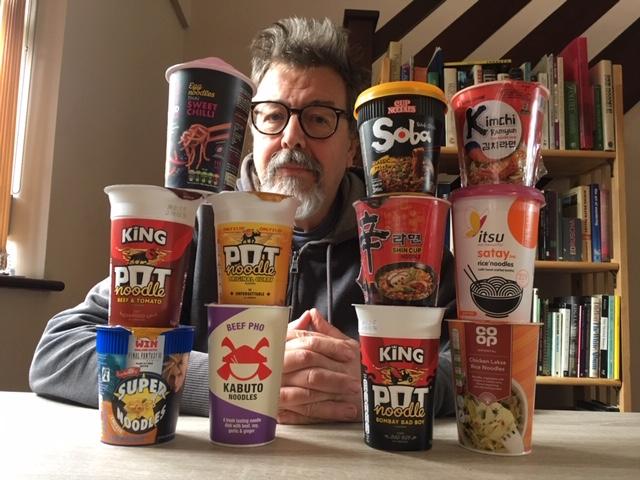 Did I expect to find culinary delights in these pots? Well no, not really, and I started with the one I thought would be the least enjoyable, so that I could get it out of the way.  This was the Naked Noodle Thai sweet chilli – described as ‘egg noodles in a sweet, tangy garlic and chilli sauce.’ 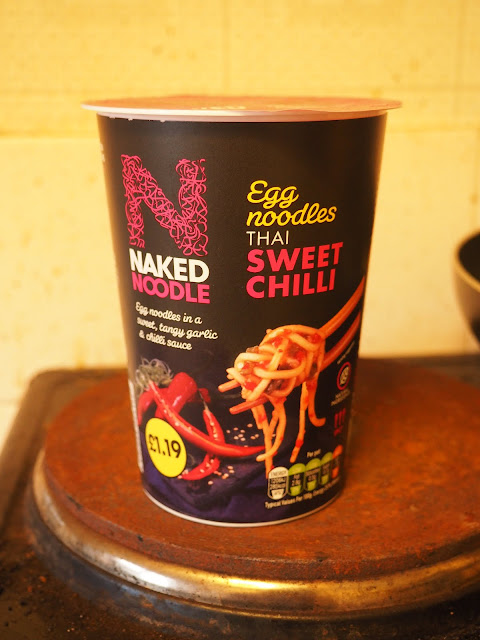 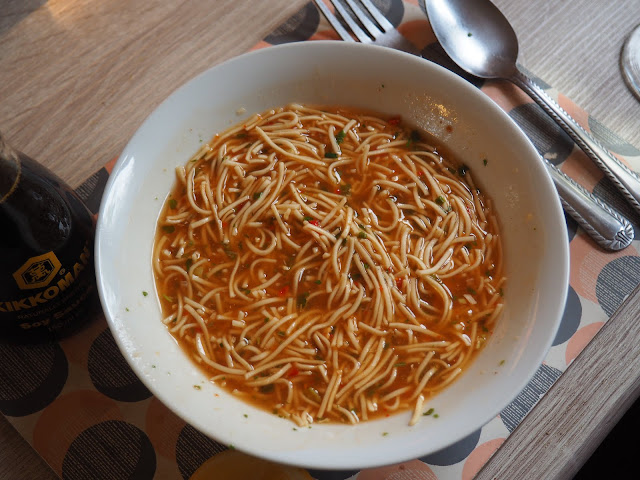 Man, I had no idea how bad it could be.  Imagine you’ve just dissolved some sweet miscellaneous-flavoured jelly cubes in hot water and then tossed in some noodles and then added more sugar. Even with the addition of soy sauce and lemon juice to make it less sweet, it was truly revolting.  In fact it was so bad I haven’t dared taste any of the others as yet, but when I do you’ll be among the first to hear.

And then, I just so happened (on the recommendation of my psychogeographic pal, Mr Anthony Miller) to be reading the JG Ballard short story titled ‘The Enormous Space.’  In fact I think I was probably re-reading it, but it’s so archetypally Ballardian I couldn’t be absolutely sure.  Either way, it’s a great story for a lockdown.  A man living in Croydon, is having a mid-life crisis following a car crash and being abandoned by his wife for ‘a tedious sales manager,’ and decides to stay in his suburban house, never leave, and sever all connections with the outside world.  Rather touchingly, and I’d say improbably, his estranged wife, before leaving, ‘has stocked the freezer and refrigerator with a fortnight’s supply of eggs, ham and other bachelor staples.’  Whether bachelor staples includes pot noodles, I can’t say.  Inevitably the food soon runs out and our hero turns to that old Ballardian standby and staple - the dog.  ‘I returned to my lunch of poodle pie.’ It’s not clear where he gets the pastry, not that it matters much - before long he’s eating the man who’s come to take down the TV aerial.  Of course, this story was written in the days before Ocado. 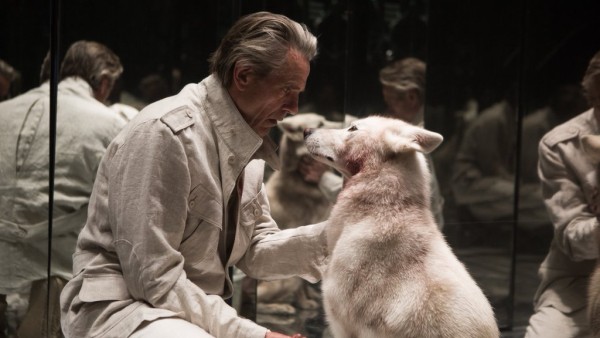 Posted by GeoffNIcholson at 9:16 AM No comments:

I always say that my favourite London restaurant is Fergus Henderson’s St John, and while this is completely true, it’s depressing how rarely I go there.  Of course nobody goes anywhere at the moment so I’ve been consoling myself by following St John’s Instagram page and was especially taken with this image of what I take to be ‘deconstructed’ egg mayonnaise. 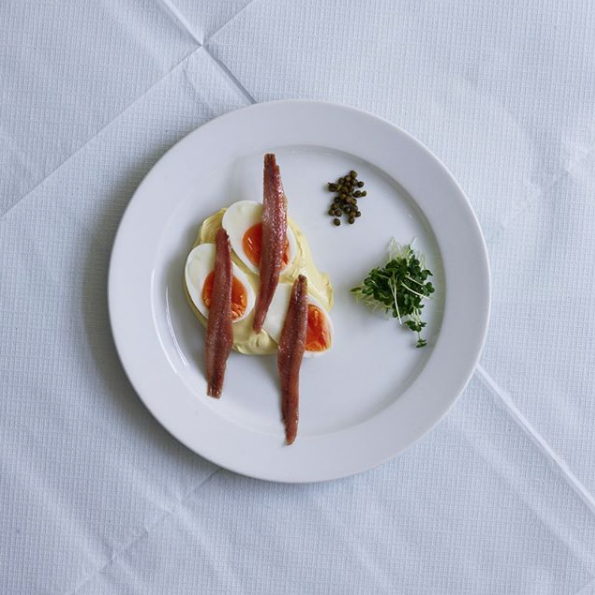 It’s an image that confirms many of my prejudices; the main one being that you really do need an anchovy or two to make egg mayonnaise go with a swing.  I generally make it with a as sandwich but I suppose Fergus would thinking than serving up a sandwich at St John would seem a bit crude.

Here’s one I made earlier, some years earlier, 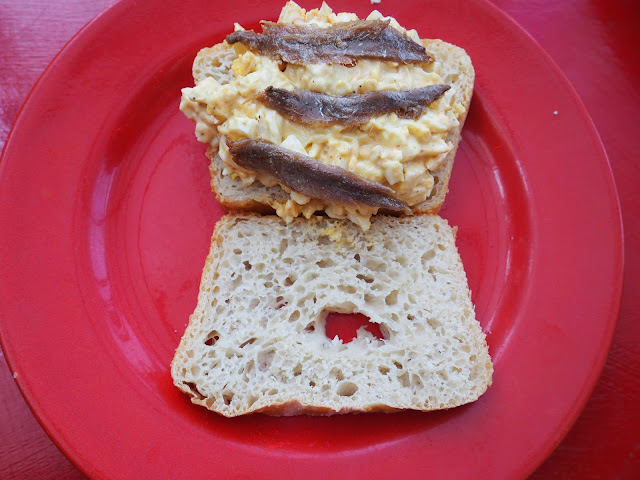 and here’s one I made just today: 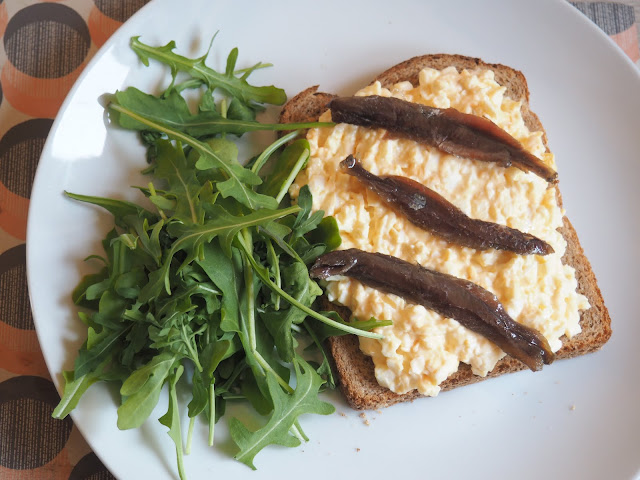 Posted by GeoffNIcholson at 5:42 AM No comments: