‘I got a letter from the government the other day’ – actually it was a text from the NHS, telling me how to cope with the lockdown, and they helpfully suggested I might read a book or watch a film. (Some grown person was perhaps paid to come up with this idea). 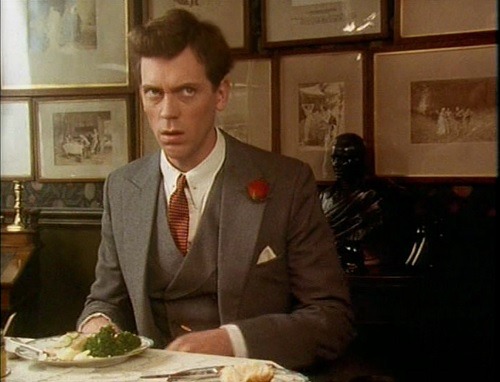 So, of course, since I would always do exactly what the government tells me, I started reading The Code of the Woosters and when I came to page 99 I found this description of dinner at Sir Watkyn Bassett’s country pile, Totleigh Towers.
Bertie Wooster narrates: ‘Whatever Sir Watkyn Bassett’s moral shortcomings, he did his guests extradorinarily well at the festive board … it was plain to me in the first five minutes that his cook was a woman who had the divine fire in her.  From a Grade-A soup we proceeded to a toothsome fish, and from the toothsome fish to a salmi of game which even Anatole (that’s Aunt Delia’s chef) would be proud to sponsor.  Add asparagus and jam omlette and some spirited sardines on toast, and you will see what I mean.’

Well, I was doing OK until the jam omlette.  I’d never heard of such a thing.  I mean obviously I could work out what it was, but I didn’t know anybody actually ate it – but apparently they do.  A little light googling reveals they eat it all over the world.  In no time I found these versions:

And of course American: 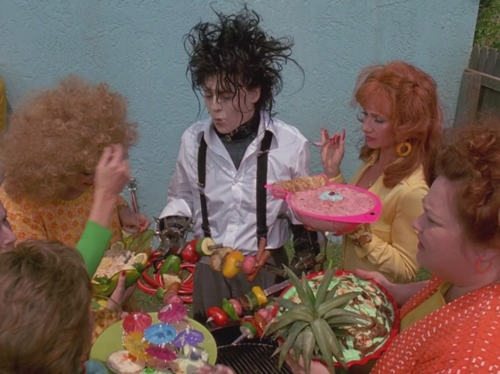 The film I watched, actually rewatched, was Edward Scissorhands – and this time I was struck by the wives who come to the party to welcome Edward to the neighbourhood, bearing dishes that they hope will please him.  The star of these dishes is Ambrosia Salad which I’d vaguely heard of as some kind of all-American suburban extravaganza, but I’d have struggled to tell you what it was.

Turns out to be a fruit salad, made with canned fruit – chiefly though not necessarily exclusively, mandarin oranges, pineapples, cherries - along with mini marshmallows, the whole thing bound together with some kind of dairy product, such as whipped cream, sour cream, yoghurt or cottage cheese.
I think it might be a quite hard work to get that down between the salmi and the sardines, but thanks to the NHS I'm prepared to give it a go.

Posted by GeoffNIcholson at 7:18 AM No comments:

It's so black and shiny! 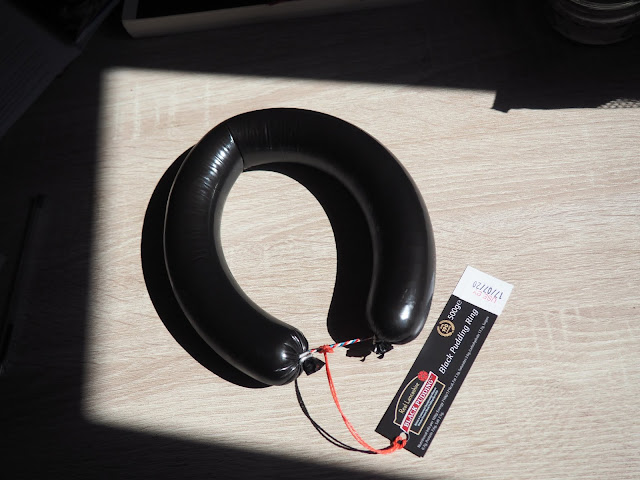 Yes, that'll be the plastic.  Tasted pretty good though. 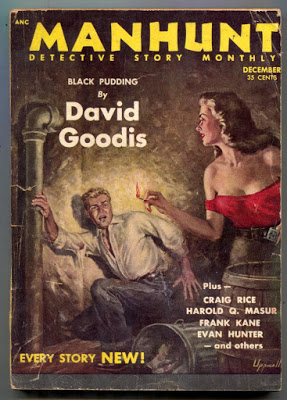 Posted by GeoffNIcholson at 11:02 AM No comments: 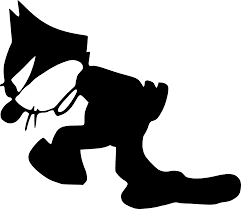 Just so you know, I’m keeping on walking – in accordance with government guidelines, naturally.  There are lots of cats and birds just walking in the road – because there’s so little traffic.  There is also an increase in road kill – not cats, but pigeons, plus the occasional rabbit and hedgehog.

But how about this for a surprise – growing up in the road between the tarmac and the kerb – garlic!! 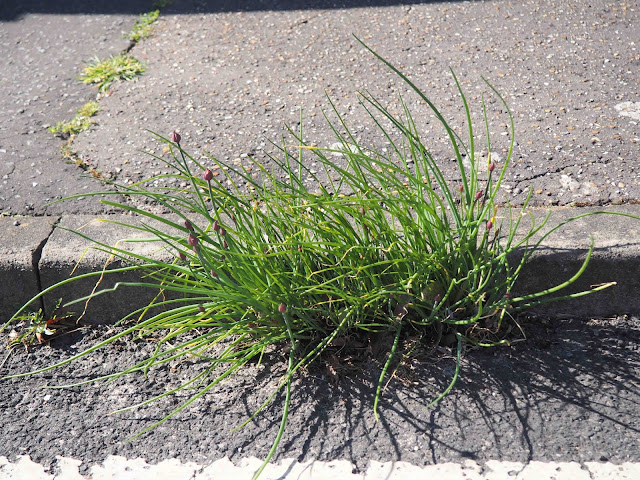 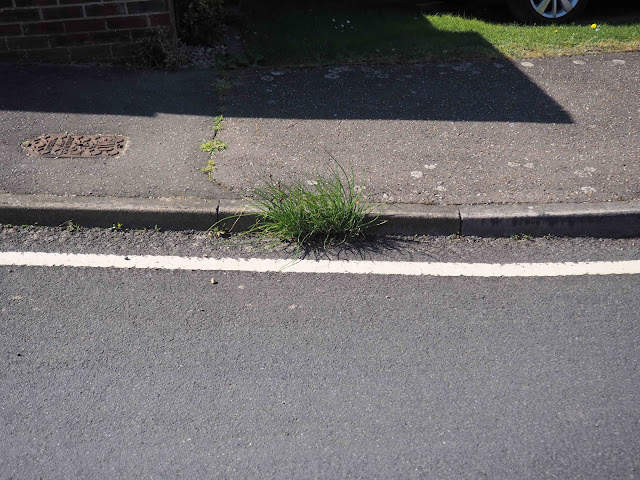 I don’t know if it’s wild garlic or an escapee from somebody’s garden.  It smells great, and in general I believe in foraging but somehow gutter garlic seems a bit unappealing.  Call me overdelicate.
Posted by GeoffNIcholson at 10:37 PM No comments: 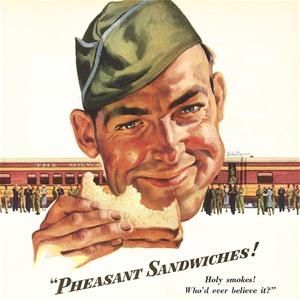 I’ve had the above image in the files for ages.  As you can possibly see from the bigger version below, it’s a wartime ad for the Milwaukee Road station which appears to be in Aberdeen, in the heart of South Dakota’s pheasant country.  That sounds like a lot of miscellaneous geographical references, but that’s not my area.  The rest of the ad says they serve 20,000 pheasant sandwiches a month to servicemen, which is a lot of pheasants. 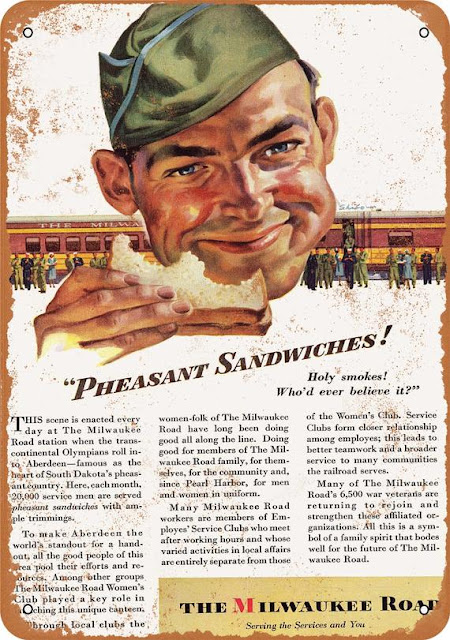 And it so happened that my local Co-op apparently over-bought their supply of pheasant breasts, and were selling them off cut price, so I snapped up a couple.  No, I did not panic buy. 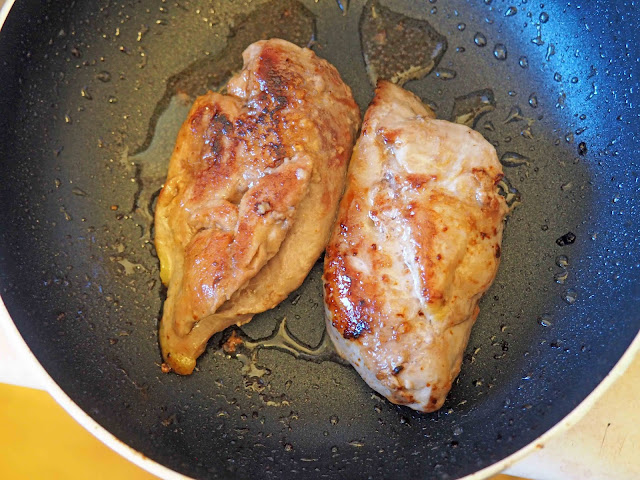 And I thought of doing something fancy with them but couldn’t decide what, and in the end I fried them up and went for a pheasant sandwich, so that I could feel solidarity with the brave lads in South Dakota, some seventy odd years ago. 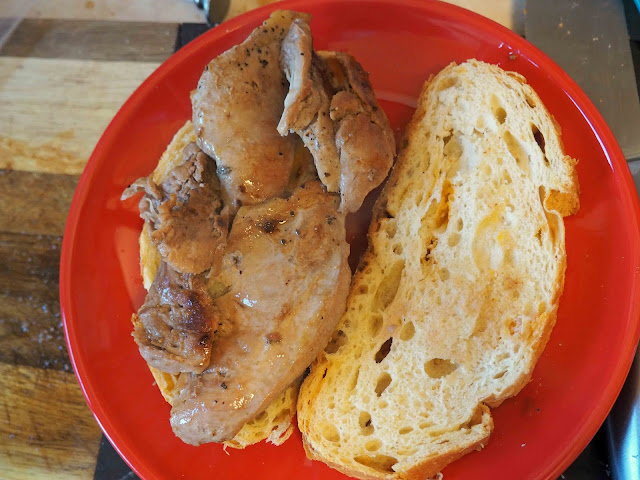 Posted by GeoffNIcholson at 4:15 AM No comments: 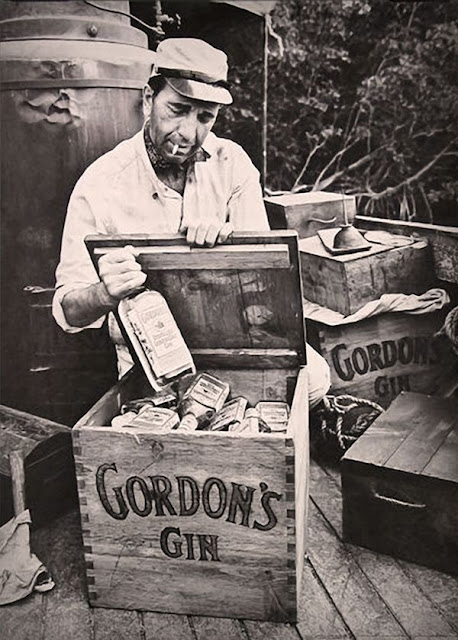 OK, I accept that reading books and drinking gin may not be the complete solution to our Corona-virus troubles but they certainly help.  And will it surprise anybody that there’s some crossover between these two things? 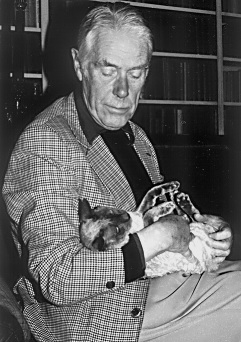 Here for example is Anthony Powell’s Journal entry for August 29 1990.  Roy Jenkins has come to lunch: ‘Before lunch Roy drank gin on the rocks with a dash of sherry, somewhat exotic taste.’  Which frankly surprised me.  Powell was a sophisticate, surely he’d been around enough to know that Jenkins was drinking a not very exotic variation on a martini. 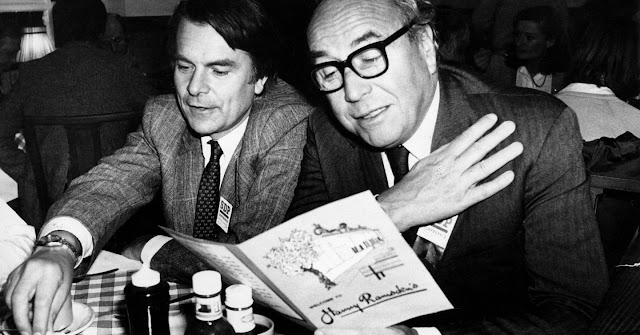 Barbara Pym’s name pops up from time in time in Powell’s journals, though as far as I can tell they never met, and this led me to her novel No Fond Return of Love.  It’s a cracker. There is some less than exotic gin drinking here, drunk at room temperature with water, no ice or slice.

And there’s a funny, if not altogether convincing, episode when two of the novel’s characters – Pym would have had no problem referring to them as spinsters – go into an off license to buy a quarter bottle of Gordon’s.
Dulcie says ‘Perhaps we should have a corkscrew.’
‘A corkscrew? Oh madam,’ the salesman laughed quite pleasantly, ‘you won’t need that, I can assure you.’

When her fellow spinster says she surely must know how a gin bottle opens, Duclie replies, ‘I know you don’t need a corkscrew for champagne, but I’d forgotten about gin.’
It was a different time, the book was written in 1961, but it still doesn’t quite ring true that a somewhat formidable middle aged woman wouldn’t know that gin bottles have screw caps.
The naivety of course is the character’s, not Barbara Pym’s.  In Jane and Prudence, Prudence is consoling herself by eating alone in a good restaurant ‘She must be unusually kind to herself today.  A dry Martini and then a little smoked salmon; she felt she could manage that.’
This was written in 1953.  There was still rationing in England!  I have no statistics but I imagine that very, very few women were drinking martinis alone in restaurants in 1953, though I’d love to be proved wrong. 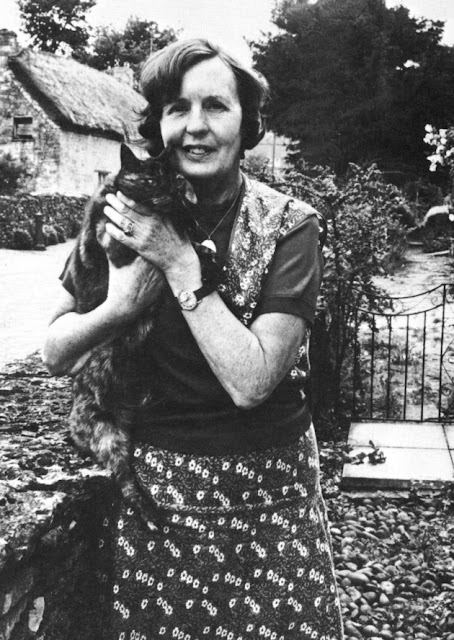 I haven’t been able to find a picture of either Powell or Pym with a drink in hand, but as you see, cat pictures are comparatively common.

Posted by GeoffNIcholson at 7:38 AM No comments: 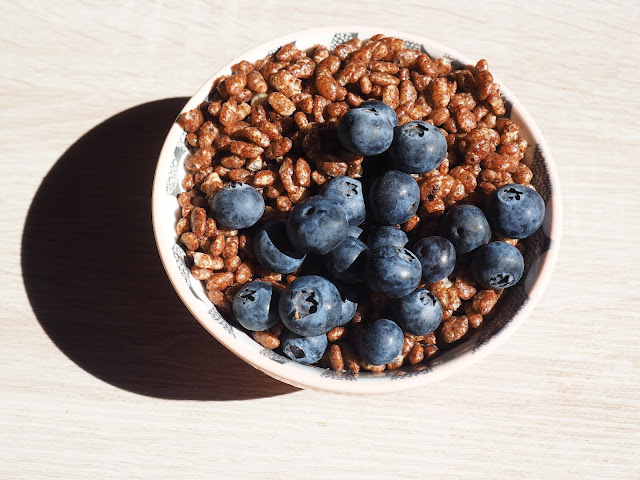 Posted by GeoffNIcholson at 11:27 AM No comments: 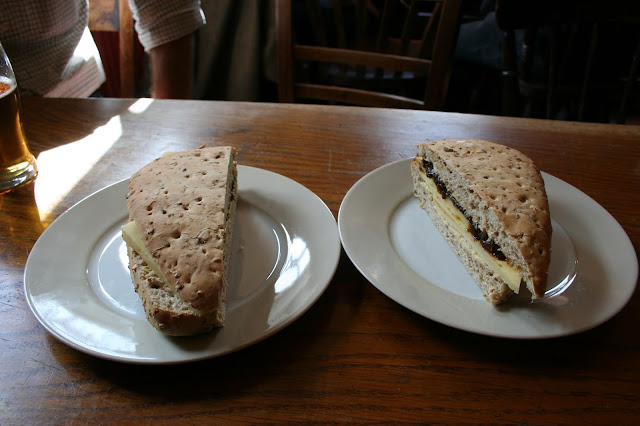 Long ago and far away I was in a 'subversive' production of 'You're A Good Man Charlie Brown' - I still remember far too many of the lyrics, including 'Happiness is sharing a sandwich ...'

Posted by GeoffNIcholson at 11:36 AM No comments:

Email ThisBlogThis!Share to TwitterShare to FacebookShare to Pinterest
Labels: Sandwich

At what point does a pork pie become a mini pork pie? 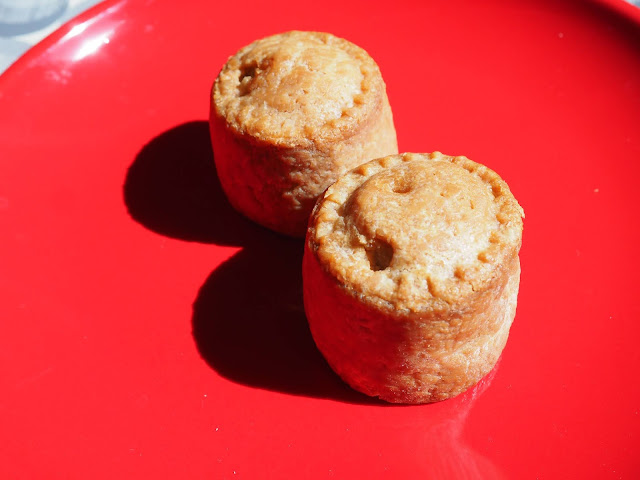 Posted by GeoffNIcholson at 1:58 AM No comments: 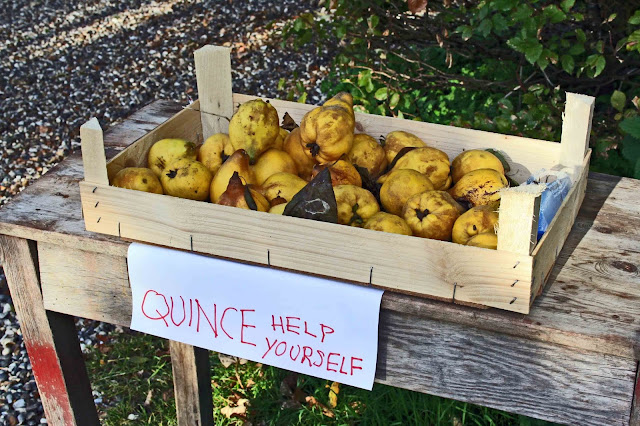 Posted by GeoffNIcholson at 7:54 AM No comments:

A LOCKDOWN POSTCARD FROM THE PSYCHOGOURMET ARCHIVE 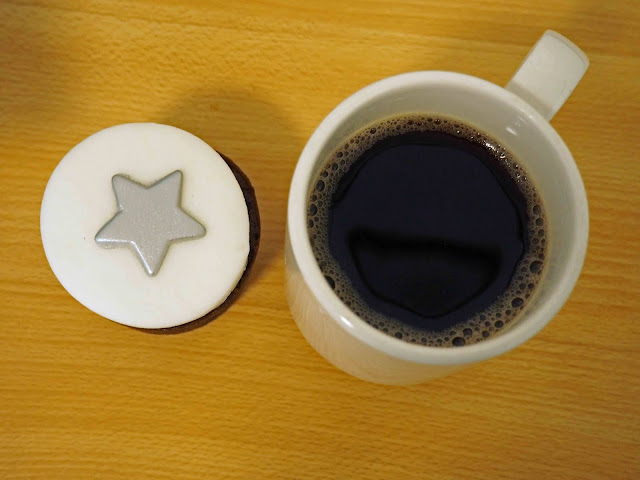 (if my wifi wasn't so pitiful I'd post one of these every day)
Posted by GeoffNIcholson at 11:09 PM No comments: