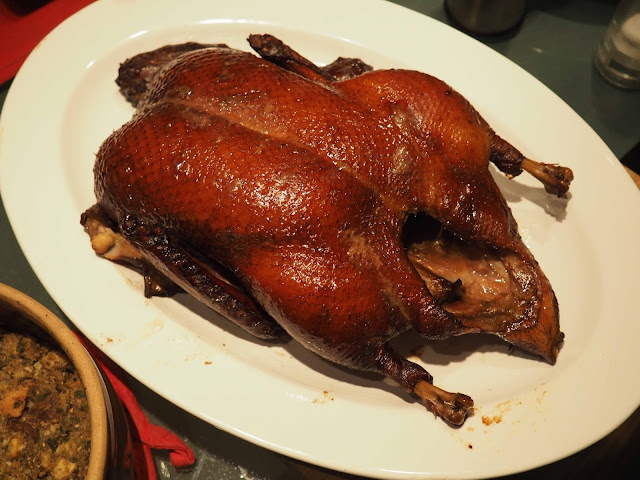 Thankful I wasn't a turkey.

Thankful I didn't have to eat turkey.
Posted by GeoffNIcholson at 9:33 AM No comments: 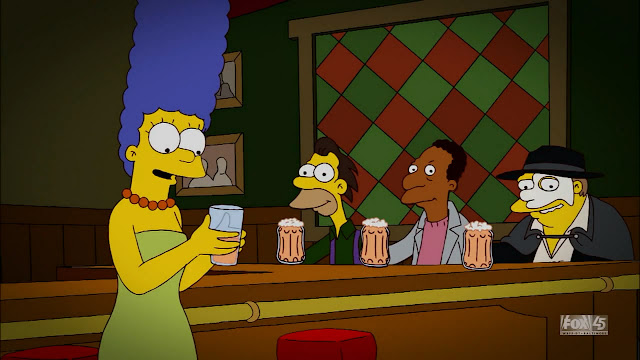 As Marge Simpson says in a Tree House of Horror episode, “Hmm, I guess you should judge a book by its cover. ” And a nearby secret agent agrees, “Definitely! Especially if you count the inside flap as part of the cover, it usually gives you a great idea of what the book's about.”

You might argue about whether this is actually true of certain books, but in any case, how about beer? Can you judge a beer by looking at its label? 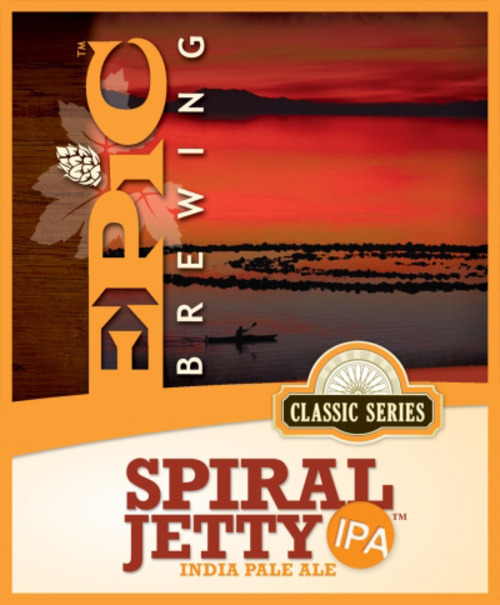 A good point, I thought, and I had no answer, only more questions, for instance: how should a beer taste that’s called Superfuzz Blood Orange Pale and has a label like this one?: 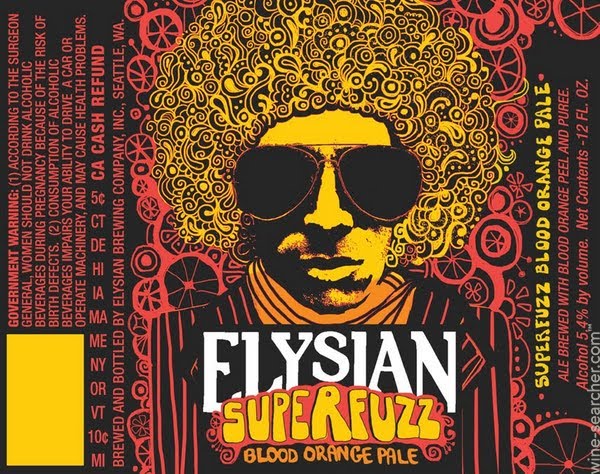 Should it be acidic, psychedelic, distorted, hair-curling, a bit sixties?  In fact it was perfectly OK – a bit cloudy, a bit thin, and to my ravaged taste buds without any taste of orange, bloody or otherwise.  But I don’t blame the beer for not living up to its label, because really how could it?

And how about a beer that has a label showing Thelonius Monk, with a keyboard halo and a skull?  Should it be improvisational, dissonant, idiosyncratic, straight with no chaser?  I had no idea. 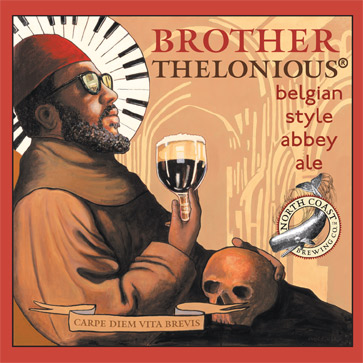 Again, I thought that a probably no beer could live up to that image on the label, but then I tasted it and wow – it totally knocked my socks off.  It was intense strong, dark, tangy, smooth, complex – most of these traits definitely shared with the great Thelonius.  And the best thing of all – regardless of any label – if you drink enough of it, it gets you nicely drunk. 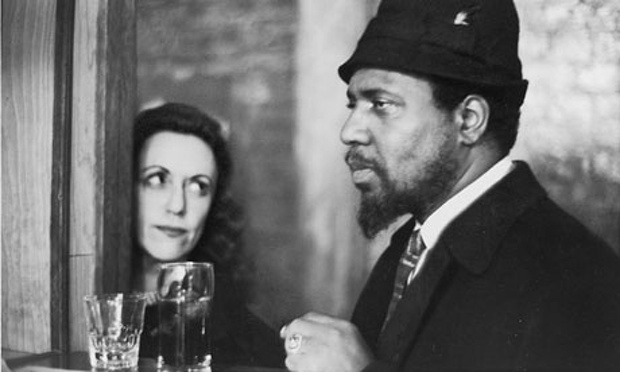 Posted by GeoffNIcholson at 11:13 AM No comments:

And then there’s this guy: he’s invented a cocktail which he’s decided to name the Benny Profane, after the character in V. 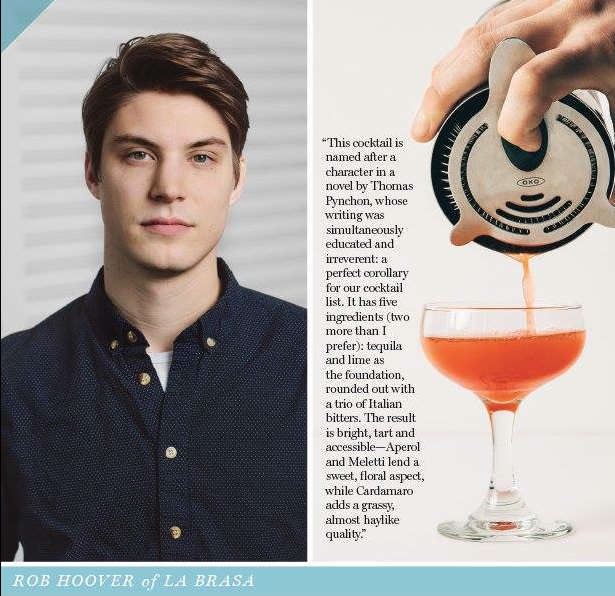 Leaving aside the matter of whether our man Profane would be seen dead drinking something with a “sweet, floral aspect,” why the past tense, as in– “whose writing was simultaneously educated and irreverent”?  Does he think Thomas Pynchon’s dead?
Posted by GeoffNIcholson at 8:56 AM No comments: 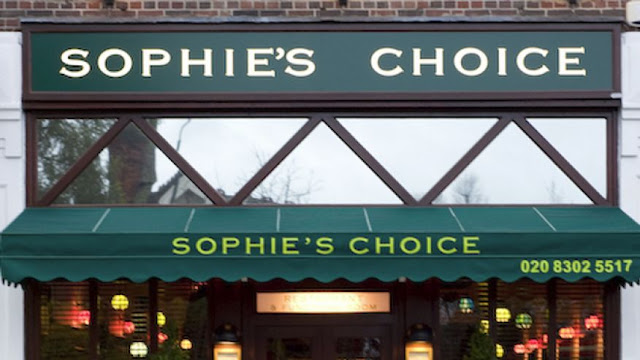 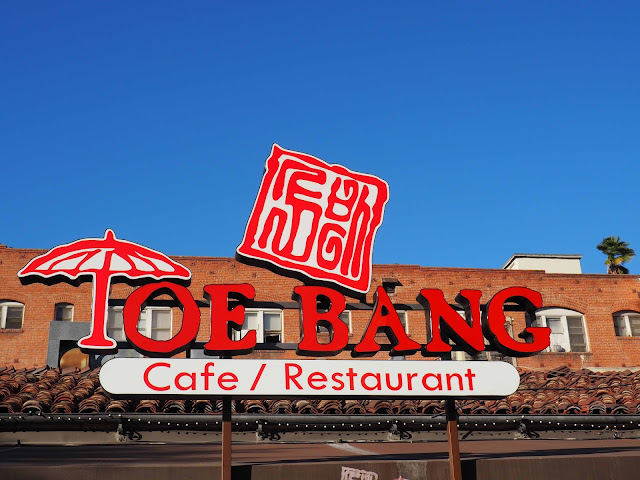 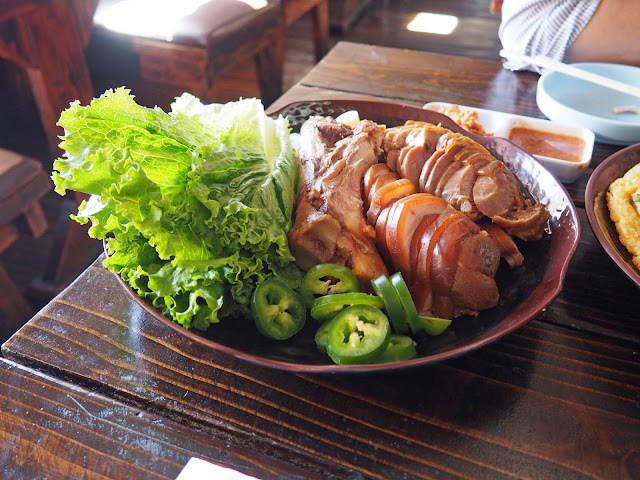 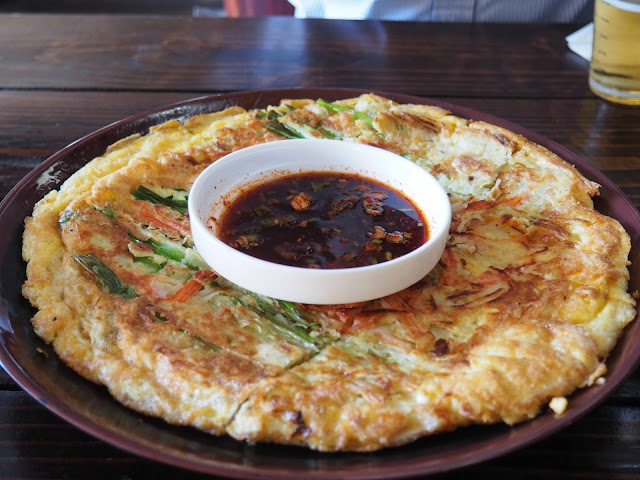 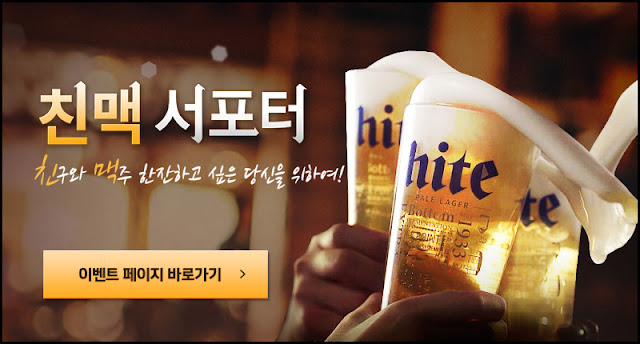 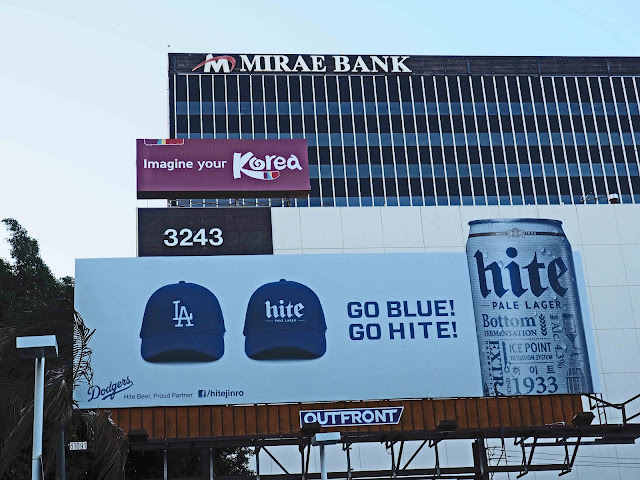 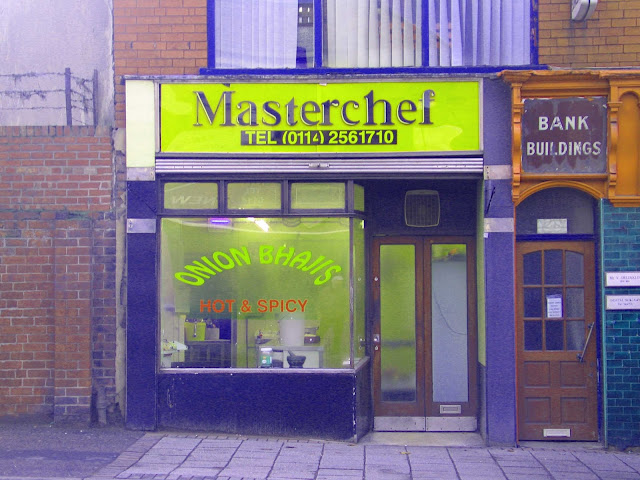 Posted by GeoffNIcholson at 10:13 AM No comments: 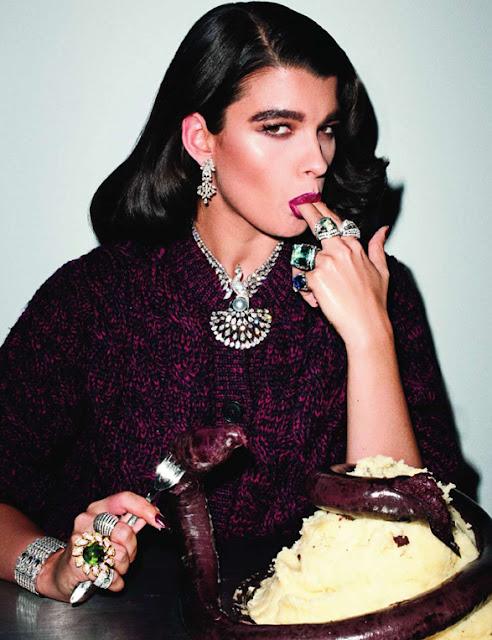 I’ve found an extraordinary passage in MFK Fisher’s  An Alphabet for Gourmets – this is under G for Gluttony:    “It is a curious fact that no man likes to call himself a glutton, and yet each of us has in him a trace of gluttony, potential or actual. I cannot believe that there exists a single coherent human being who will not confess, at least to himself, that once or twice he has stuffed himself to bursting point on anything from quail financiere to flapjacks, for no other reason than the beastlike satisfaction of his belly. In fact I pity anyone who has not permitted himself this sensuous experience, if only to determine what his private limits are, and where for himself alone gourmandism ends and gluttony begins.” 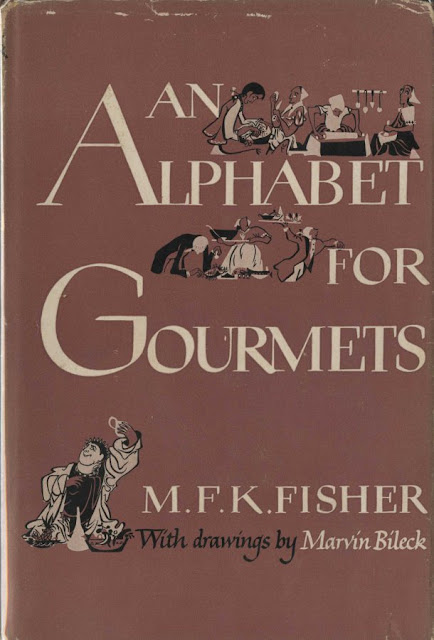 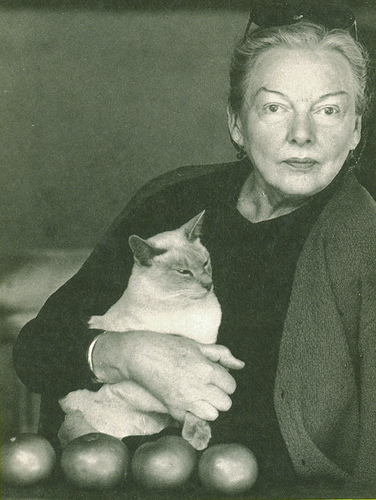 It seems kind of interesting that she talks only about “him.”  She was of course writing in 1949 when gender issues would have seemed less pressing, when the term “man” would have included women as well.  And yet it does seem to suggest that it’s mostly men who are gluttons, or perhaps that gluttony is so much worse in a woman, which is an argument for another time. 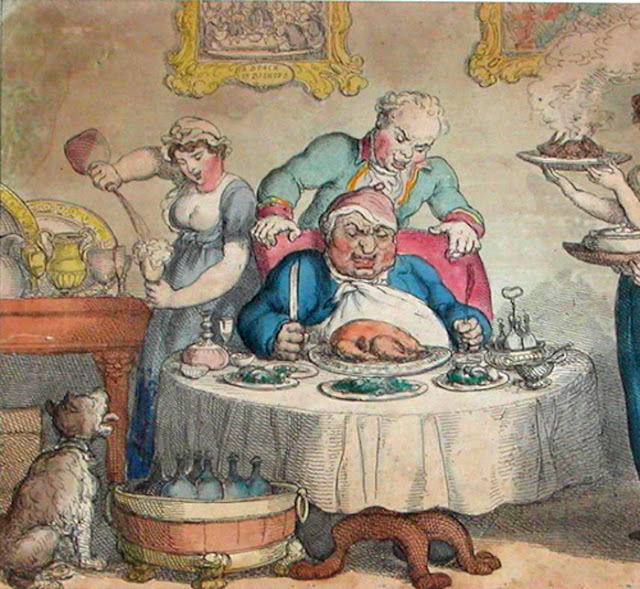 In any case the line that really caught my attention was the one about determining private limits.  This is a weird and interesting one, isn’t it?  I mean obviously I, like everybody else, have eaten too much at one time or another, and arguably most people in the West eat too much everyday but that’s not quite the same as reaching your limit.

I’ve certainly been in a situation where I’ve been able to eat all the French fries I wanted, and then a few more, and I’ve certainly reached my limit on beer (which is now considerably lower than it used to be).  But there are some things where I can’t even imagine a limit. 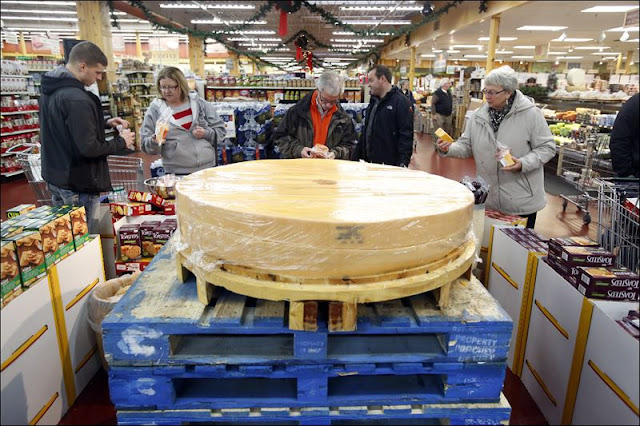 Cheese for instance – I never quite eat all the cheese I want.  I always stop myself before I reach my limit, in the interest of – well, I don’t absolutely know what – maybe fear of cholesterol, maybe fear of being thought a glutton.

Cashew nuts too - I can’t quite imagine the size of the box of cashews that would actually defeat me. 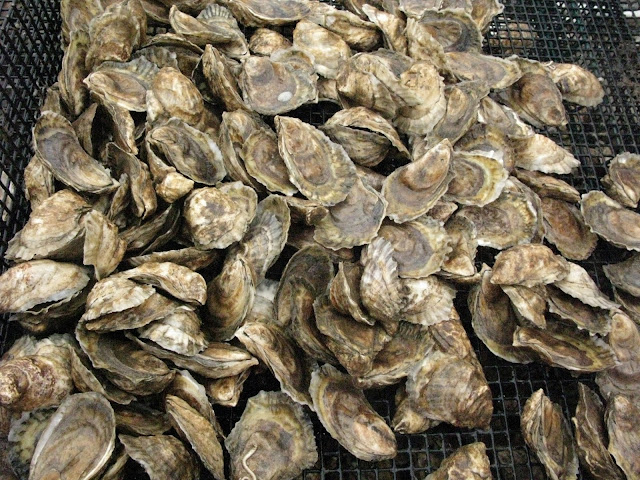 And above all oysters – I don’t think I’ve ever got anywhere near my oyster limit.   True I’ve never been in a situation where I had an absolutely limitless supply of oysters, but whenever I’ve eaten what seemed like a lot, I’ve always been left thinking I could eat a few more.

Of course price comes into it.  Oysters in a restaurant are too expensive to make a complete pig of yourself.  Champagne even more so.  I’ve always fantasized about settling down with a Jeroboam of  champagne or a Balthazar if I was with a friend or two and just drinking till I’d had enough.  Of course, in one sense I’d definitely reach my limit because sooner or later I’d pass out, but passing out isn’t quite the same thing as having had enough. 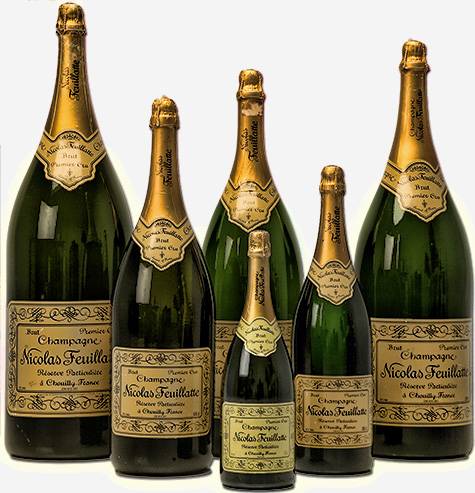 And now I see some research from Reading University (that hotbed of “beastlike satisfaction”) suggesting that a glass champagne, three times a week could help prevent the onset of dementia and Alzheimer’s.

This may well be true but it’s a very hard thing to investigate, I’d have thought.  Is there really anybody in the world who could drink three glasses and only three glasses of champagne per week.  After that first glass wouldn’t you want another, and another, and maybe a bag or cashew nuts and a cheese plate and a couple of dozen oysters … 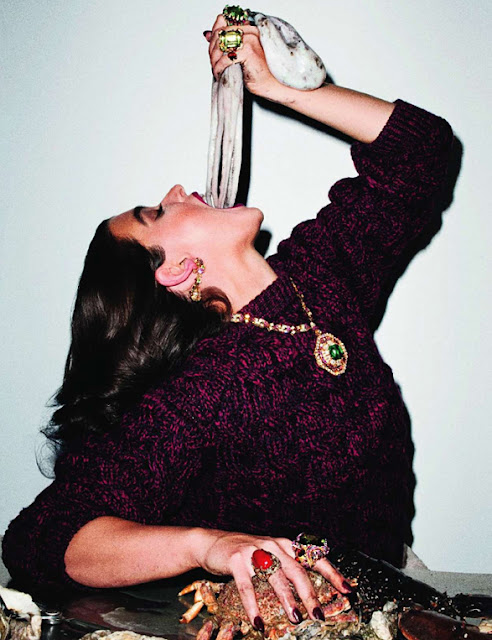 The picture above and the one at the top are of Crystal Renn, photographed by Terry Richardson for French Vogue’s 90th anniversary issue.  Yeah, scandal really ruined his career.  The feature is called “Festin” (no relation). 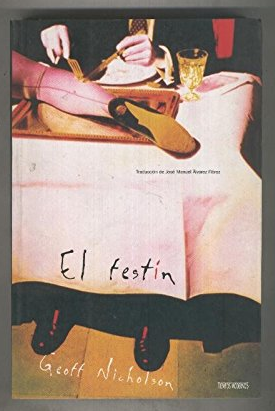 Posted by GeoffNIcholson at 10:15 AM No comments: