One of the things I like about old cookbooks is that they’re often wonderfully imprecise about quantities – a pinch of this, a dash of that, a knob of the other.  Likewise with certain old cocktail recipe books. 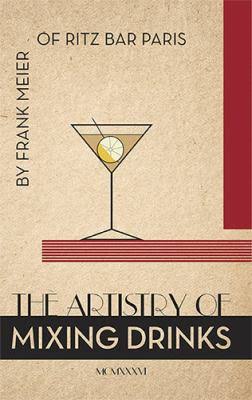 If you look into a copy of The Artistry of Mixing Drinks by Frank Meier, of the Ritz Bar in Paris, (and I confess I only have a facsimile of the 1934 reprint) you’ll find a somewhat inscrutable recipe for a drink called Queen’s Peg:
“In a large wineglass; a piece of ice, one half-glass of gin; fill with Champagne and serve.”
But how large is a large wineglass?  How large is that piece of ice?  Presumably the measure of gin is half an ordinary sized wineglass, rather than a large one, but how large is that?  I don’t know and I really don’t care too much.  And with this attitude I made my own, using cava rather than Champagne, natch. 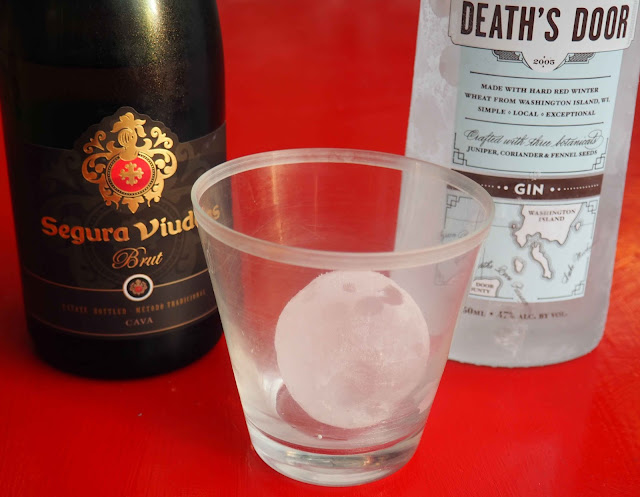 I also went with a tumbler rather than a large wineglass, but I thought that was near enough volume-wise, and I’m still on my large spherical ice ball kick, so that made for a pretty substantial piece of ice.  I put in a decent pour of goodish gin – Death’s Door from Wisconsin - and I topped it off with some run-of- the-mill cava.  It looked like this: 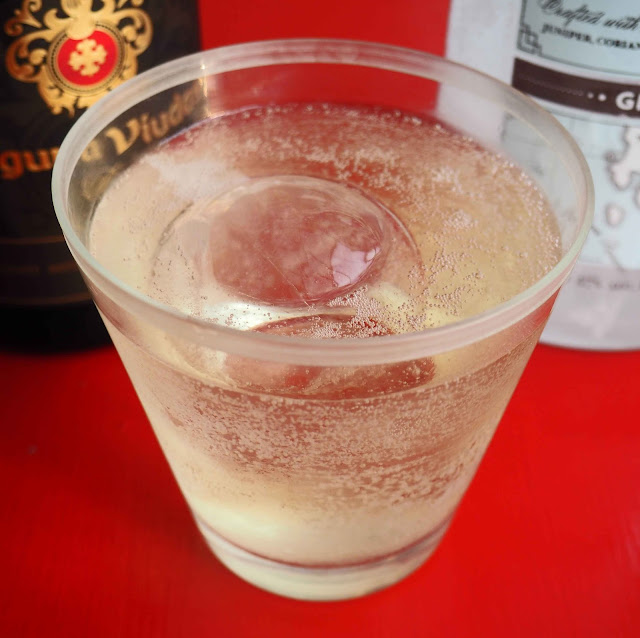 And how did it taste?  Well, it tasted odd.  You could still very much taste the gin – Death’s Door is a pokey liquor, heavy on juniper, coriander and fennel – and you could of course taste the bubbly.  But it was less than the sum of its part, or maybe the problem was was that the parts simply refused to combine. It wasn’t bad and it was certainly drinkable but I think I’d rather have had a glass of gin and a glass of cava separately.  So then I tried again.

Smaller glass, blue ice sphere (food coloring), different run-of-the-mill cava, much cheaper supermarket gin.  Friends, it tasted better, at least in so far as the tastes blended somewhat, which may be only to say that the taste of the gin receded in the mix, so the drink tasted more like a gin and tonic, with cava replacing the tonic.  Not the very worst idea, but still somehow an attempt to combine things that don’t really need combining. 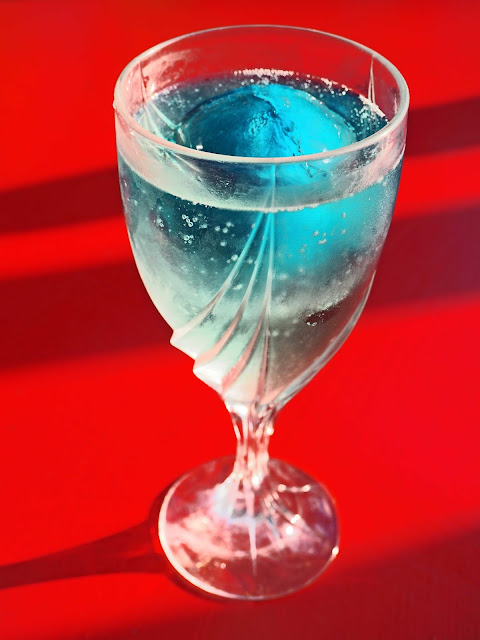 Could I tell you exactly what quantities went into either of my two Queen’s Pegs? No I could not.  Could I make another that tasted exactly the same as either of them?  No, not exactly, although I think I could get near enough.  Whether you’d like it, I can’t say.

I looked up a few modern recipes for Queen’s Peg and they of course tend to be very precise - the modern consumer likes to be told exactly what to do - but they’re still variable.  Epicurious says 3/4 ounce dry gin to 6 ounces of Champagne, James Beard says 3/4 ounce dry gin to 4 ounces of Champagne, absolutdrinks.com says 1 part gin to 5 parts Champagne but has nothing to say about overall quantity.  The ice cube seems optional.  There’s also some debate about whether it should be served in a wine glass or a champagne flute, but really, that’s likely to be the least of your problems.

Posted by GeoffNIcholson at 4:22 PM No comments:

CHOWING DOWN WITH THE GREEN FAIRY