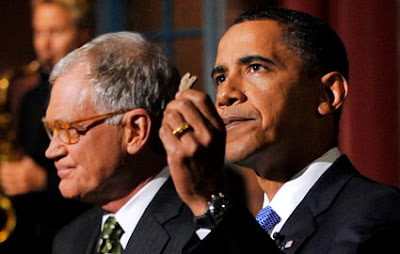 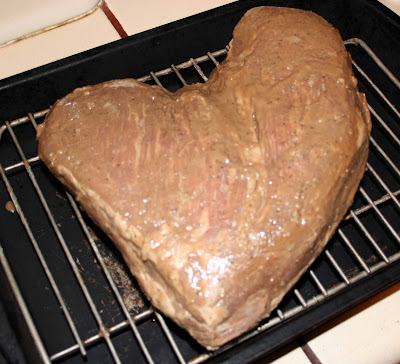 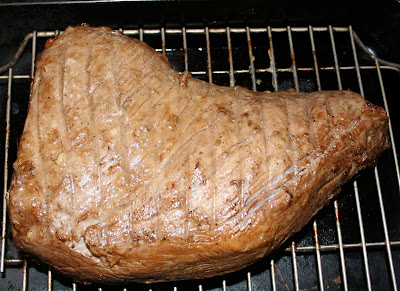 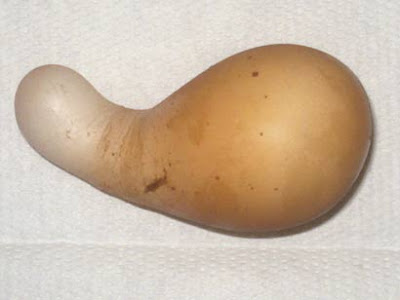 "I couldn't believe it had come out of one of my hens," said Neda. "I thought it was some sort of odd-shaped potato."
Posted by GeoffNIcholson at 3:57 PM No comments:

I’ve been reading a dodgy book by Gene D. Phillips, called Creatures of Darkness: Raymond Chandler, Detective Fiction, and Film Noir. Not unreasonably, the author decides to define the term “hard-boiled detective,” at which point the dead hand, and deader prose, of academia asserts itself (this is on page 3). 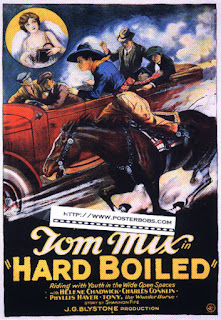 He writes, “Hard-boiled fiction was so named because the tough detective-hero developed a shell like a hard-boiled egg in order to protect his feelings from being bruised by the calloused and cruel criminal types he often encountered.” 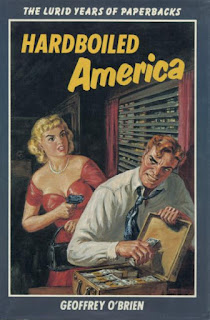 But wait a minute, the shell of a hard-boiled egg isn’t any tougher than the shell of a raw egg, and certainly not any more impervious. It’s the inside, the white and the yolk that get harder with boiling, until eventually they’re as solid as each other all the way through, though still, obviously, not as hard as the shell. 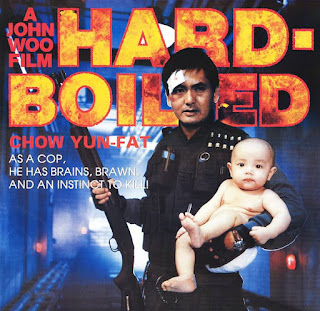 But in any case this metaphor doesn’t remotely describe Philip Marlowe. His shell may be hard, which of course is in the nature of shells, but his center is really soft, gooey and sentimental. In other words he’s a soft-boiled detective. 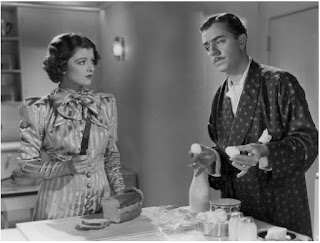 So I started wondering what other egg cookery metaphors might be available to the creators of fictional detectives, the coddled, the devilled, the Detective en Cocotte. The Art of French Cookery by Escoffier et al lists well over 100 names for egg dishes, though admittedly not all of them work as qualifiers for a sleuth: the Frou-Frou Detective, for example, doesn’t sound like a winner. (As I’m sure you know, Eggs Frou-Frou involves doing immensely complicated things with eggs, Chaud-Froid sauce, and black truffles.) THUS: 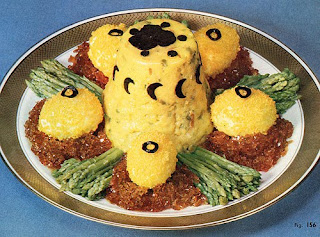 Another angry PI would be the Simmering Detective. One who was constantly being interrogated by bad cops would be the Grilled Detective. And of course there’d have to be (a comedy romp, you knew it was coming) the Half-Baked Detective. 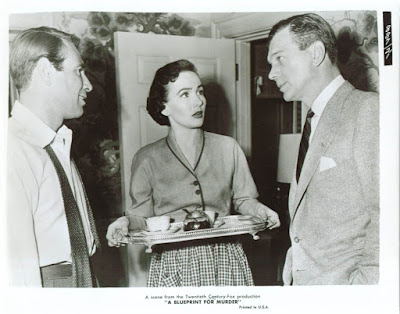 Since a great many detectives tend to be boozers, you might also have detectives who were soused, pickled, juiced, potted or stewed.

But in today’s fancified literary and culinary environment we might want a detective who was a little more upscale, who was more of an amuse bouche. How about the Sun-Dried Detective, the Spice-Rubbed Detective, the Detective en Croute? But maybe even these are all a bit old school.

The one that I hope to be pitching to a publisher any day now, is the Molecular Detective (as in molecular gastronomy). He’d be expensive, he wouldn’t address any real problems, and wouldn’t have much taste, but he’d blow an awful lot of nitrous oxide in your face. 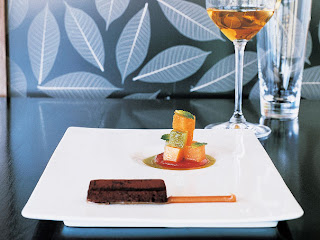 The New York Times ran its Food Issue yesterday. One of the articles was by Michael Pollan (author of In Defense of Food and The Omnivore's Dilemma) and titled “Rules to Eat By.” 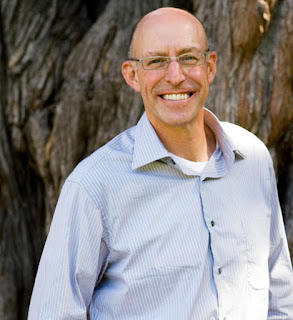 Apparently Pollan put out the word via a NYT health blog asking readers for “their personal dietary dos and don’ts.” The collected results are coming out in January in a book called “Food Rules: An Eater’s Manual.”

Now you and I might think is a great way of getting other people to write your book for you, but Pollan says he’s doing it because “in matters of nutrition, culture still has a lot to teach us about How to choose, prepare and eat food.” Well, I wouldn’t stake my life on it, Mike. 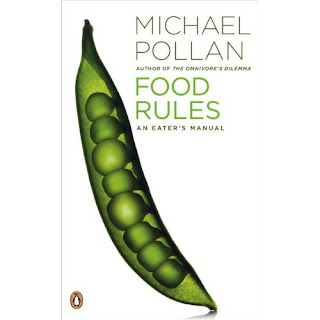 What struck me about many of the examples he prints in the article and even more so about the ones online, is they’re incredibly joyless, humorless, pleasure-denying, sometimes downright punishing. Thus:

“No second helpings, no matter how scrumptious”

“Breakfast, you should eat alone. Lunch, you should share with a friend. Dinner, give to your enemy.” That’s from somebody Romanian grandma; oh those happy go lucky Romanians! 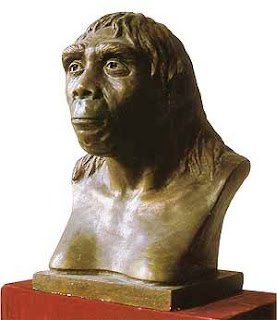 “One of my top rules for eating comes from economics. The law of diminishing marginal utility reminds me that each additional bite is generally less satisfying that the previous bite.”

“Eat until you are seven tenths full and save the other three for hunger.”

I grew up in a working class home in the north of England. My mother was a terrible cook, and didn’t care or pretend to be anything else. Her, unwritten and unspoken rules, were as follows: 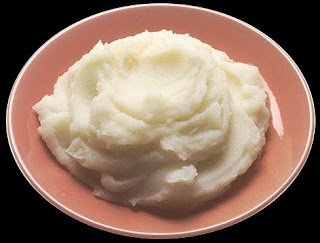 “If there aren’t potatoes on the plate then it isn’t a real meal.” 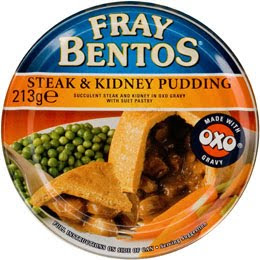 “If the instructions say it needs cooking for twenty minutes, then it’ll be even better if it’s cooked for an hour.”

It was these rules that turned me into a foodie, and an adventurous (rather than accomplished) amateur cook. After my mother’s cooking, anything seemed good.
Posted by GeoffNIcholson at 5:18 PM 2 comments: 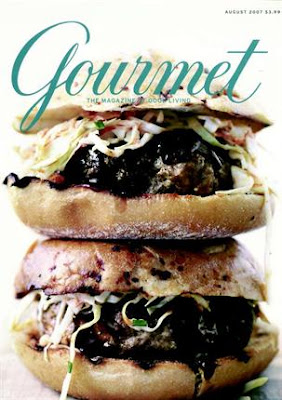 So, Gourmet magazine is dead. This seems in every way to be a very bad thing. If Gourmet can’t make it, here’s not much hope for anybody else. The fact that it closed despite having a circulation of a million seems truly amazing, but they say it was the lack of advertising that killed it.

I joined in the general mourning, then realized that despite being a foodie and magazine junkie, and despite the obvious truth that Gourmet contained plenty of good writing – by the likes of Jane and Michael Stern, Jonathan Gold, Anthony Bourdain, Jonathan Hayes and (once, spectacularly in “Consider the Lobster”) David Foster Wallace - I realized I didn’t actually buy the magazine all that often. 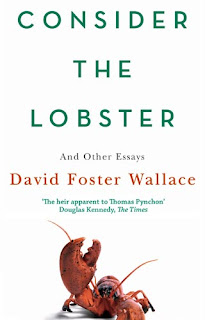 I asked myself why and dug out, more or less at random, one of the issues I did buy, May 2007, the “Special Travel Issue,” to see if I could find any clues to my lack of purchasing. The cover has various shout lines including “+59 recipes we brought back” “The world’s 36 best food destinations” “43 places to stay” the promise of recipes for cocnt mousse and Brazilian shrimp: frankly I can’t imagine why I bought it in the first places.

But good lord, this 228 page issue is awash with advertising, so much so that it’s actually hard to find the content of the magazine. There are full page color ads for Mercedes, Cartier, Ambien, Botox, the Waldorf Astoria, plus various banks and cruise lines. There’s Andy Garcia shilling for Cadillac, and a tousled Kim Basinger who seems to have been ravished by her Baume & Mercier wristwatch. 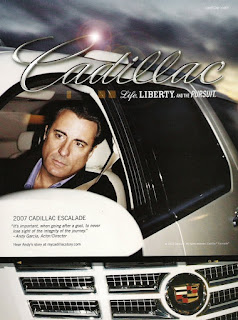 Yes, yes I know it’s a special issue, but even so all this rather suggested that I wasn’t precisely the demographic these advertisers were looking for. Admittedly there were one or two food ads, but they seemed very low powered by comparison, Wines from Spain, Cacao Reserve, Kashi. I didn’t feel very at home.

And sure, if you could find them, there were some interesting recipes, for veal rolls and lion’s head casserole. But others were way less interesting; grilled pita with Greek salad, radish-cabbage coleslaw (oh boy!!).

And somewhere there were some genuine food articles, one about a search for truffles in Saudi Arabia: who knew? But elsewhere a certain level of humorless absurdity crept in. An article about Tangier had the sub heading “Paul Bowles was onto something when he decided to stay in Morocco for good. Is there another country or cuisine that’s as fragrant colorful and textured .. ?” 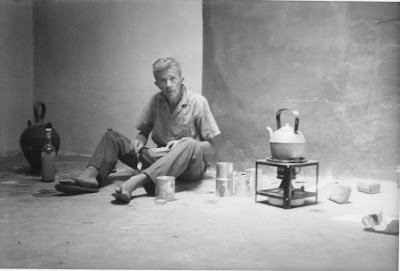 You could argue about the cuisine, but it doesn’t take a whole lot of argument to determine what Bowles was “onto” in Morocco. Safe to say that boys and dope were much higher on his menu than the couscous. Were the readers of Gourmet not supposed to know about that stuff, or was it just too indelicate to mention?

Some of the online reaction suggests that the death of Gourmet is at least partly because of the explosion of food blogging, though it seems to me that blogging is the symptom rather than the disease. Either way, I suppose Cartier, Botox, Ambien et al must now be looking for new places to advertise. The Psycho-Gourmet is here, he’s waiting, he’s ready to prostitute himself.
Posted by GeoffNIcholson at 9:22 PM No comments: