GONE FOR A BURTON (TOO OBVIOUS, RIGHT?) 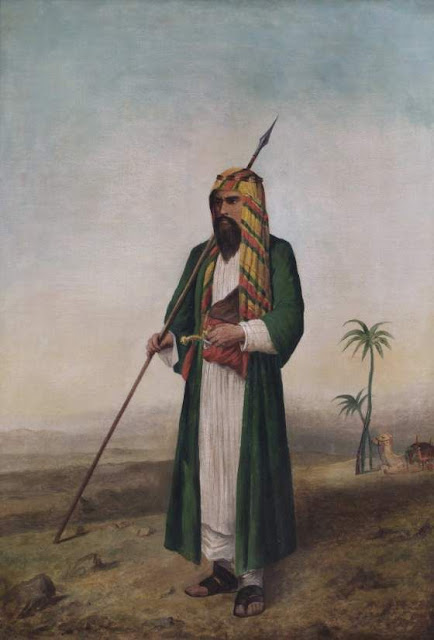 I think you know by now that I’m fascinated by Sir Richard Francis Burton, author (or at least translator) of the first dirty book I ever read, The Perfumed Garden.  There’s a good deal about food and drink in that text, and even though I’m not sure that Burton was much of a trencherman, I have found something relevant. 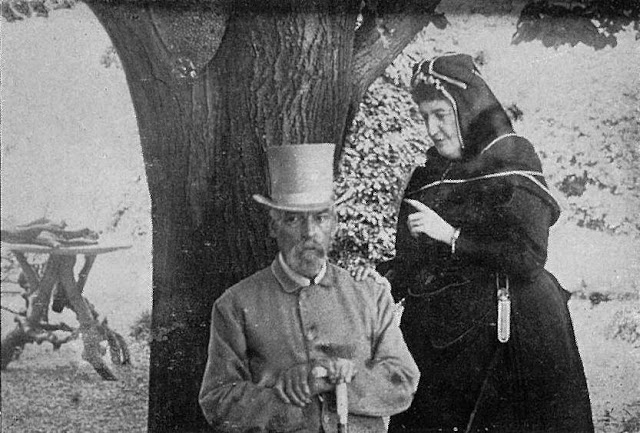 It’s from The True Life of Captain Sir Richard F Burton, KCMG, FRGS, ETC, an official biography written by Burton’s niece Georgiana M. Stisted in a chapter titled ‘Life on the March’ describing Burton and Speke’s expedition of 1857 to Eastern Africa in search of an inland sea which had been described to them by Arab traders (aka slavers).  If they also managed to find the source of the Nile that would have been good too, though it wasn’t an explicit aim of the expedition. 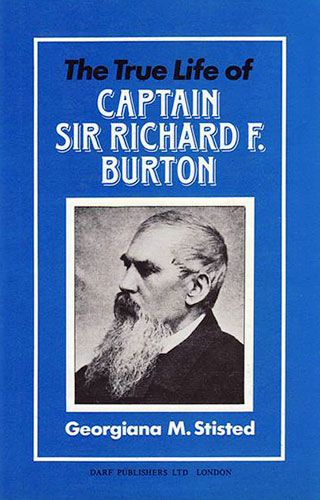 The passage runs as follows:
‘Food of some sort was generally procurable; it varied from holcus bean broth, or leathery goat-steak, to ‘fixings’ pf delicate venison, fatted capon, and young guinea fowl or partridge with sauce compounded of bruised rice and milk.  Dinner was at 4 pm.  At first the Goanese declined to cook “pretty dishes,” such as pasties and rissoles, on the plea that such efforts were impracticable on the march, but they changed their minds when warned that persistence in their theory might lead to painful results.’
Yes, Sir Richard knew how to deal with cooks.

This is a Goan pasty (with pork) by Anjum Anand: 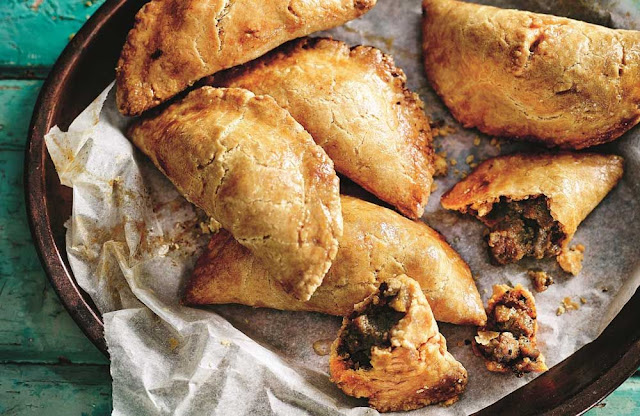 And this is a Goan prawn rissole, from hildastouchofspice.com: 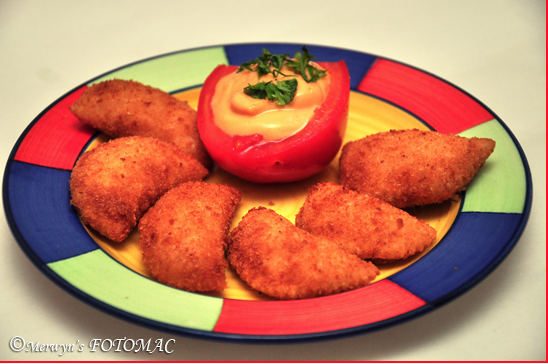 Who knew?  Well, I suppose a great many Goans, and even the occasional Victorian imperialist.

Posted by GeoffNIcholson at 2:17 PM No comments: 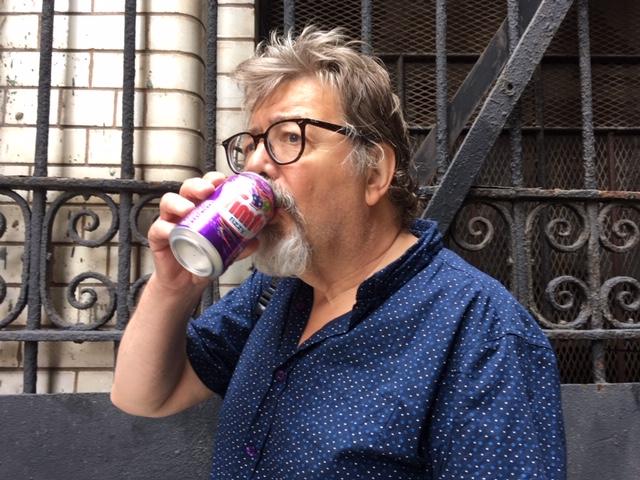 When you realize that Vimto is an anagram of Vomit ... 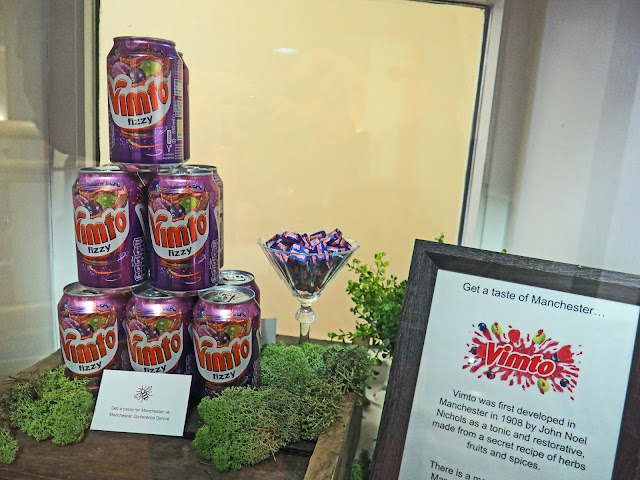 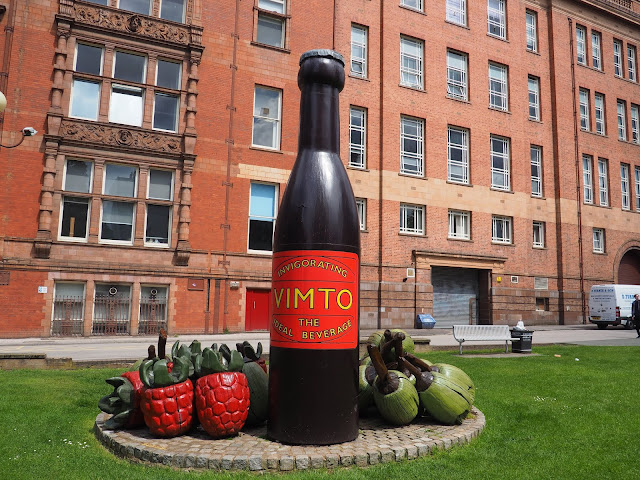 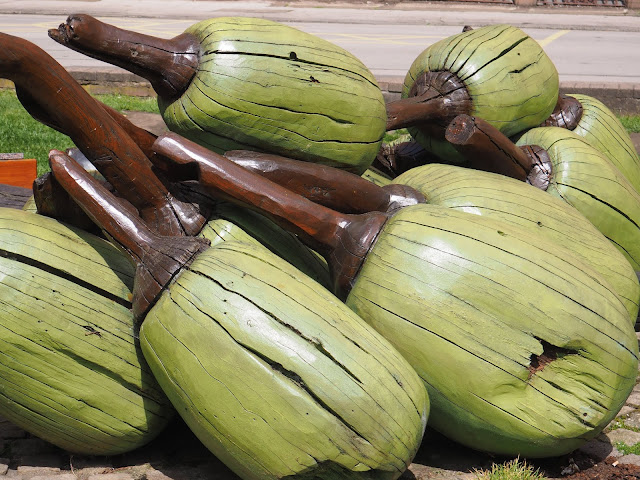 Email ThisBlogThis!Share to TwitterShare to FacebookShare to Pinterest
Labels: Vimto

THE PARTIES YOU AND I DON'T GET INVITED TO


This picture appeared in the Evening Standard a couple of nights ago (it’s from Instagram), and the caption read, ‘Cara Delevingne shared a glass of champagne with Tilda Swinton and Helen Mirren at a Chanel party. 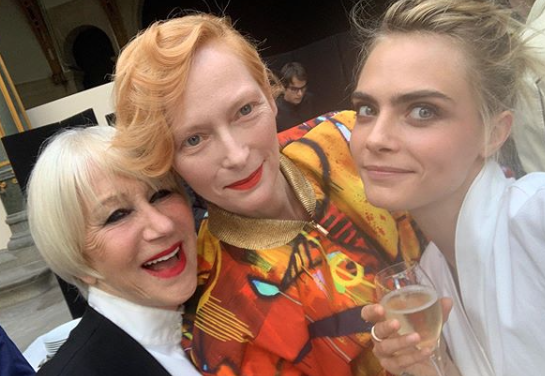 You’d think Chanel could afford to give them a glass each, wouldn’t you?
Posted by GeoffNIcholson at 8:05 AM No comments:

BLISS IN A PLASTIC VESSEL

I went to the party to celebrate 60 years of Ambit, the first literary magazine ever to publish my work. (Some very unliterary magazines had previously published some very unliterary stuff of mine).  The evening was a poetic rather than gustatory occasion, and it was a good night, but I’d been told beforehand that there’d be a ‘special cocktail’ called the Euphoria Bliss. 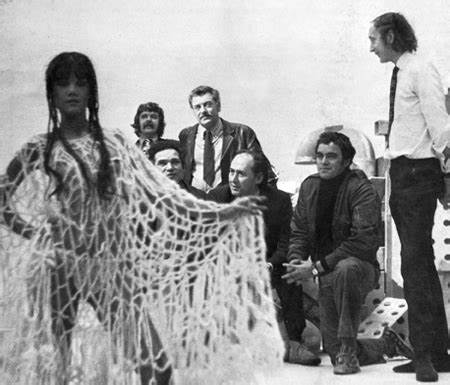 Now, fans of the very most obscure literary backwaters may know that Euphoria Bliss was an alumna of Ambit, famous chiefly, and perhaps only, and long before my time, for reading poetry while naked.  Or as in this case while wearing a kind of fishing shawl: 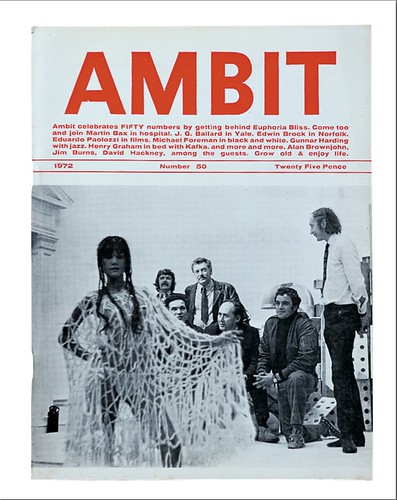 Those men’s faces confuse me a little – are they leers, smirks, or are they just embarrassed? Male gaze – minefield innit?  In any case it was a different time, and there’s no suggestion that anybody ever coerced Euphoria Bliss into getting naked.  This is her too: 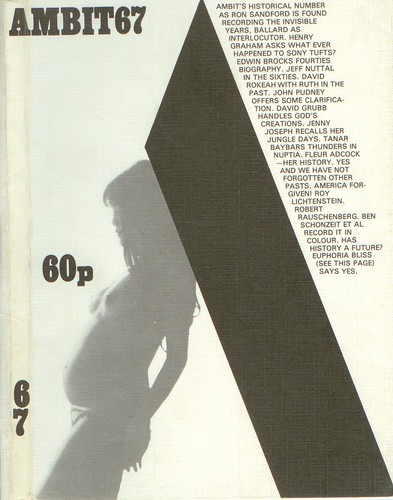 Nobody seems to know where she is these days or what’s happened to her.  An online search brings up various euphoria blisses including ‘Euphoria Bliss - the number one marketplace for Wellness and Lifestyle.’ Yeah right, but none is the one we’re looking for.

And so, occasional mixologist and magazine lover that I am, and always in search of new taste sensations, I went to get my Euphoria Bliss cocktail. 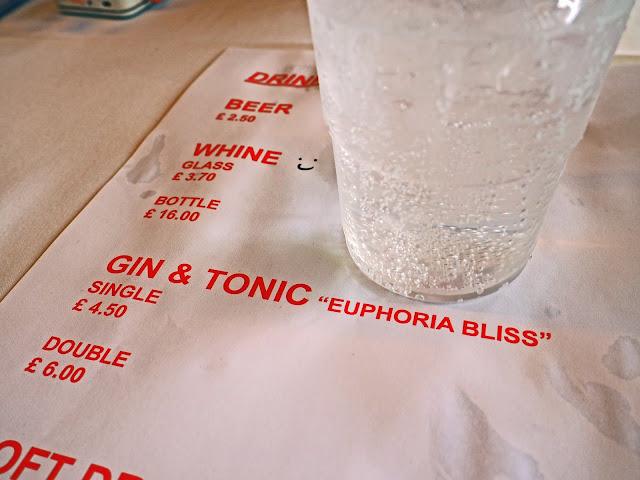 Need I say I was disappointed?  It was a gin and tonic – nice enough its way but neither truly euphoric nor blissful. Nor with a slice of lemon.

So I decided I would go home and make my own small tribute to Euphoria Bliss, a woman I never met but have heard a great deal about.  It’s this: 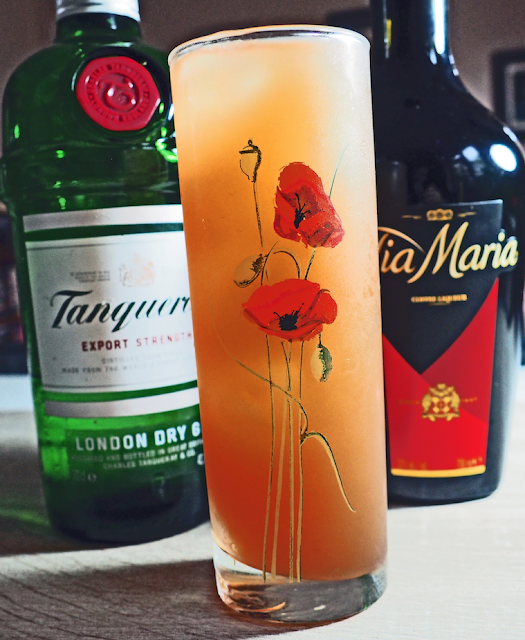 One part gin, three parts pink grapefruit juice, two parts Tia Maria.  Works for me.  I hope it works for Ms. Bliss, wherever she may be. 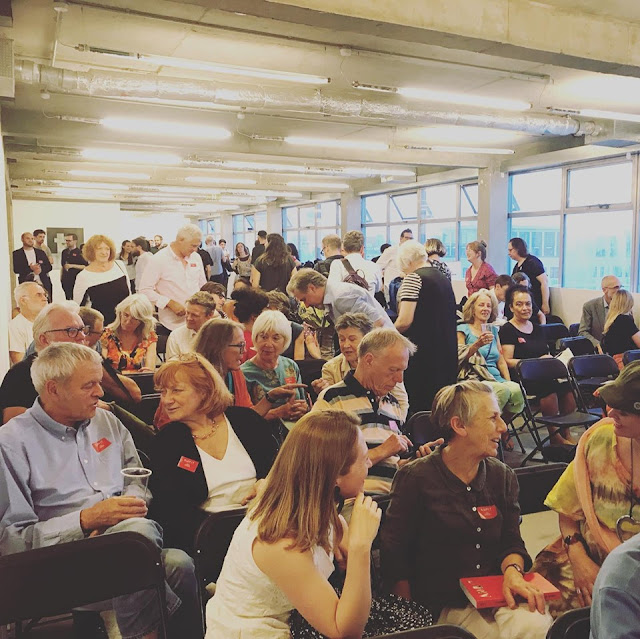 Posted by GeoffNIcholson at 1:45 PM No comments:

No restaurant could possibly live up to the image on this matchbook, could it?

It turns out there are quite a few Marconi Restaurants in the world; in London, Warsaw, Sasso Marconi, Montreal. 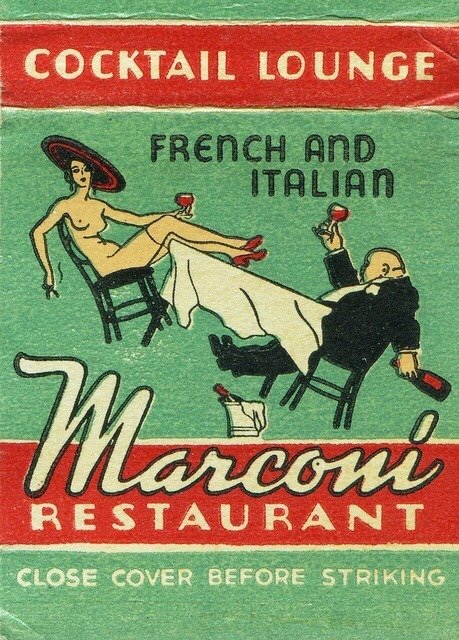 It's possible that the match book comes from one that used to be in San Francisco, but I'm not putting money on it.  Chiefly the place exists in somebody's fevered imagination.

Posted by GeoffNIcholson at 4:07 AM No comments: 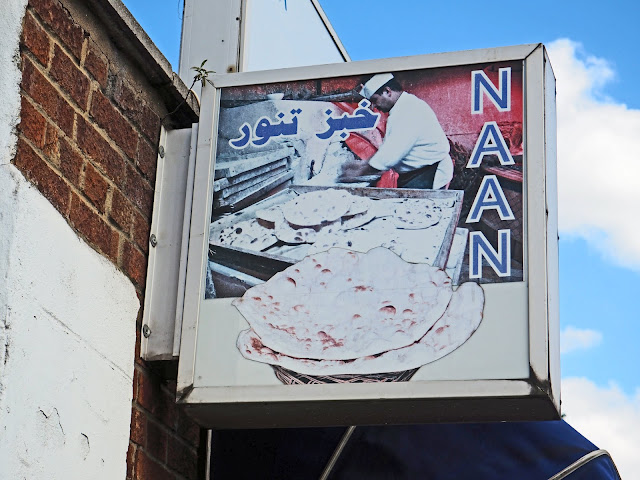 I once met a photographer who’d had the job of taking glamour shots of Joan Collins,when she was in her forties. Being a solid professional he’d got the job done but it had been hard work. ‘Blimey,’ he said, ‘it was like photographing naan.’  (He meant the bread rather than his grandmother)

Even at the time this seemed thoroughly and needlessly insulting (and I wasn't even sure it was really true) and it hasn’t got any less so over the years, but as a result I can rarely, if ever, think of naan without thinking of Joan Collins. For the record, I’m still rather fond of Joan Collins.  She even had a cocktail named after her. 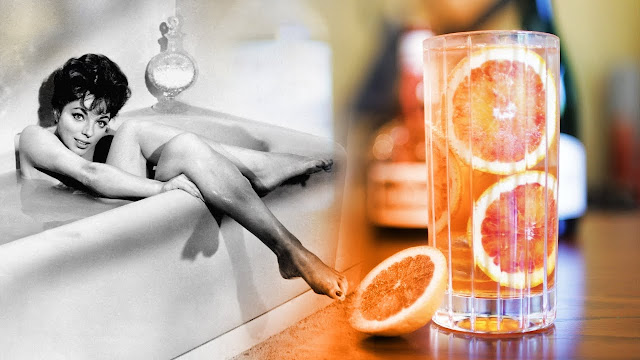 If Wikipedia and the OED are to be believed, until 1979, which was about the time my man was taking his pictures, the usual spelling was nan rather than naan.  Who knew?  A good pub quiz question there.

I’ve been thinking a lot about naan since the weekend when I walked past this wonderful establishment in Finsbury Park; Baban’s Naan. I take it that the name Electrofix on the awning comes from a previous occupier of the shop, but what a great name for your next retro-electronica band! 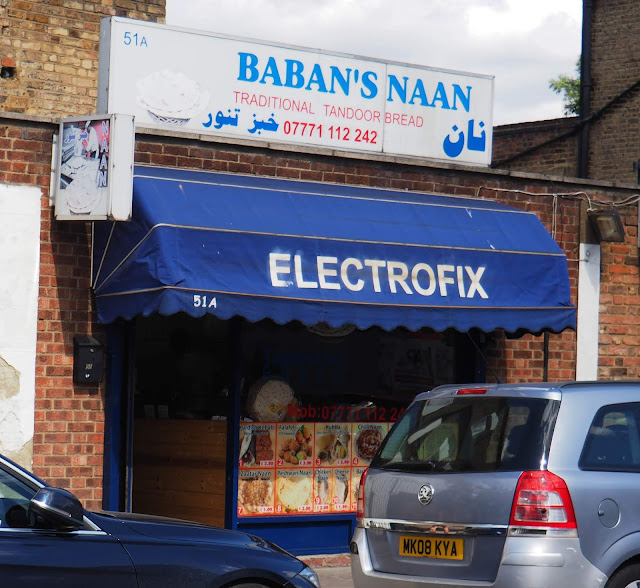 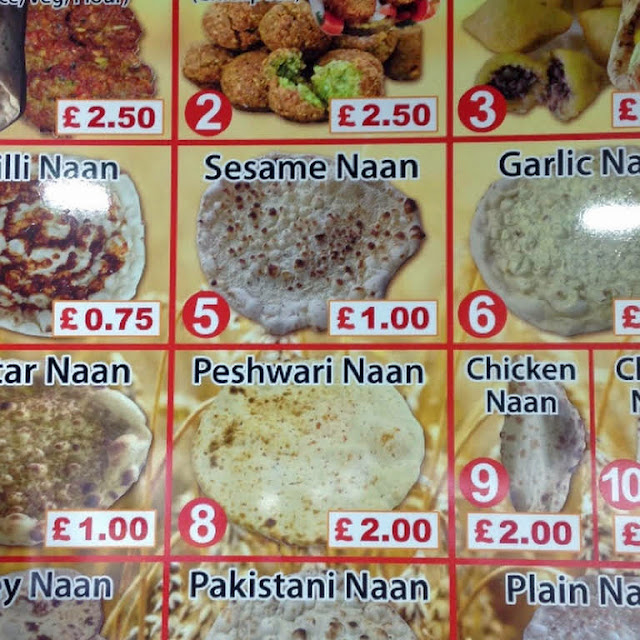 I was amazed at just how cheap everything was, and I was tempted to buy a few things, but I’d just had lunch and wasn’t hungry.  Call me a fool.

But next day, at home, the urge hadn’t gone away, so I had to make my own version, using supermarket naan, which cost as much on its own as the finished articles cost at Baban’s, and then I put some curried mince on top. 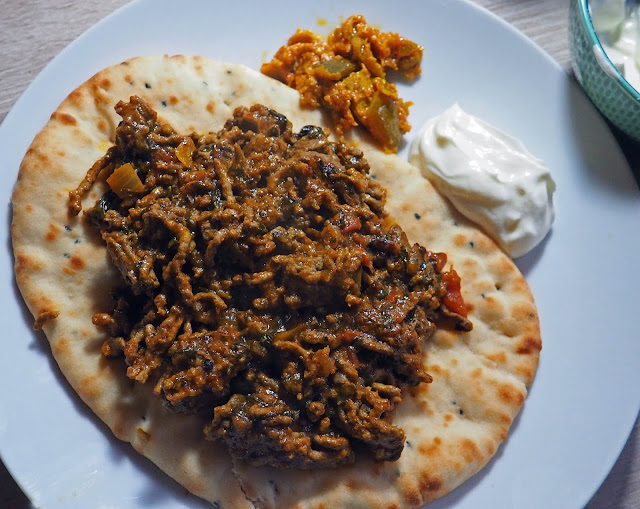 It wasn’t bad, and it was made with a certain amount of care and love, but I admit it lacked authenticity.

You won’t be surprised to learn that I haven’t been able to find a picture of Joan Collins eating naan, but here she is with a banana. 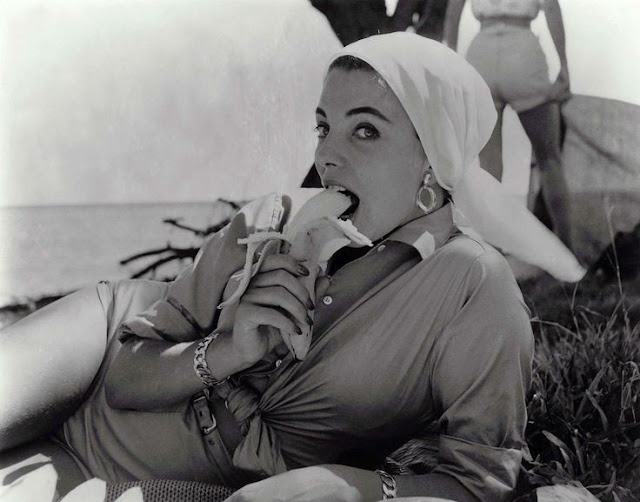 Posted by GeoffNIcholson at 7:09 AM No comments:

BLOWIN THROUGH MY MIND ....

If we fret about baby octopi, then how we feel about whitebait? You’d think it must be really bad and wrong to eat all those tiny critters before they’ve had a chance to have fun, to enjoy a meaningful life, and (no doubt most important of all) breed.

Of course, anybody who cares about these things knows that whitebait isn’t a single kind of fish, and in New Zealand (which was the home of most of the websites I found about whitebait sustainability), it’s a term for multiple kinds galaxids, most of them declining or heading for extinction.  This is what galaxids look like: 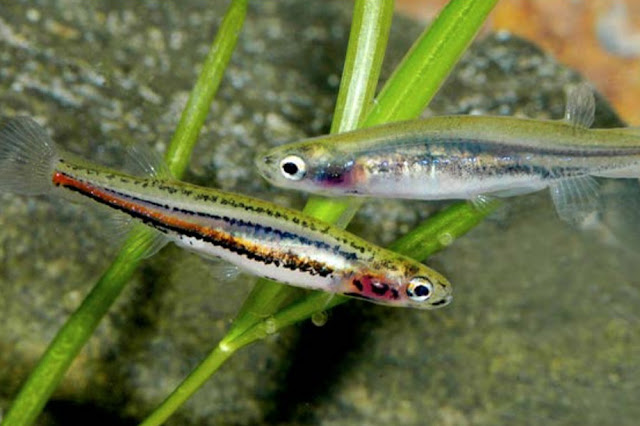 In the UK whitebait tends to be the young of sprats and herrings – which are more ‘sustainable,’ and arguably this gives us a small environmental superiority, though nothing to get smug about.
I do very much like whitebait, but I don’t know that I like them well enough to kill off one or more species for my selfish needs – which of course applies to anything I might eat.
But perhaps this is too much protest, and whitebait is only on my mind because I went to Turtle Bay, a Caribbean restaurant in Walthamstow, part of a small chain - there was no velvet rope on the night I was there 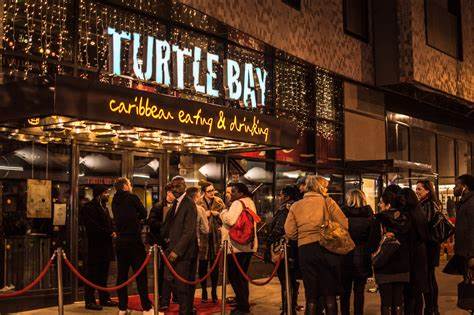 and without thinking about it very much ordered the seafood platter, containing several starters ‘inspired by beach shack and street vendors across the Caribbean islands. Nothing from Guyana then.  And here you see the whitebait.  There’s other stuff there too, squid, miscellaneous curried fish, a fishy flatbread, and so on, and the whitebait came with a decent jerk mayonnaise. Actually the best thing we had was the goat curry, but it wasn’t very photogenic, as you see. 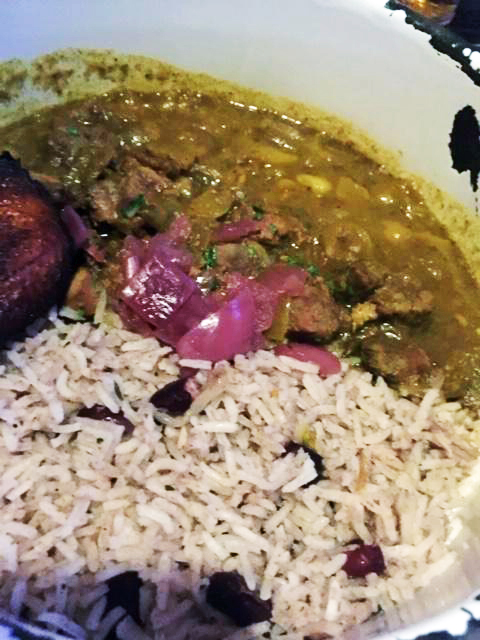 And I couldn’t even begin to guess about goat sustainability

Posted by GeoffNIcholson at 1:45 PM No comments: