THE BRIE AND I

I had lunch at the Rio Café in Manningtree, an honest little establishment, not a million miles away from the River Stour, so the name is more or less justified. I ordered the Brie and cranberry sandwich (with garnish and slaw) and it was perfectly good.  It looked like this: 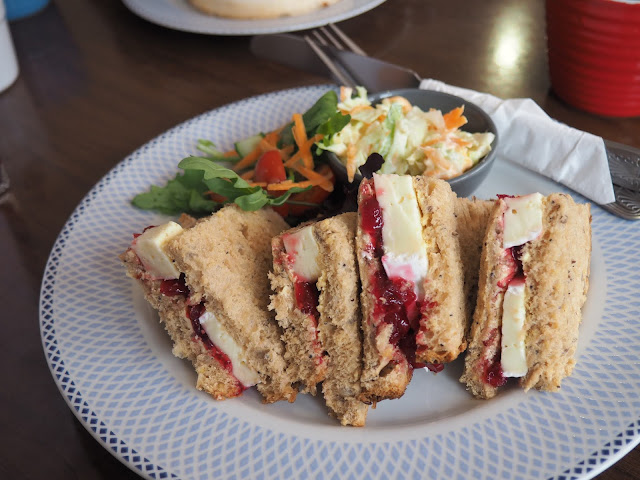 But it did set me thinking about when exactly cranberry sauce became such a regular and apparently essential accompaniment to Brie?  It didn’t used to be that way did it? 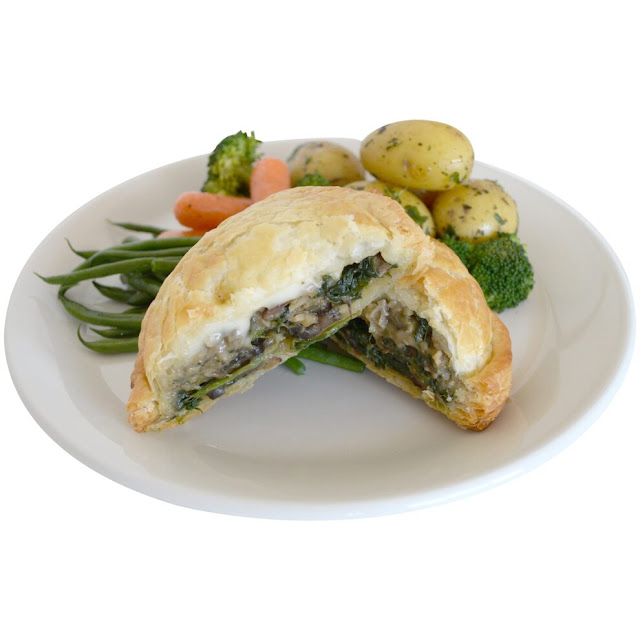 Didn’t Brie used to come with French bread and at most a few grapes?  This is a largely though not entirely rhetorical question. And when I ask myself, as I occasionally do, what’s the most enjoyable sandwich I ever ate I always come back to a Brie sandwich bought from the café at the Rodin Museum in Paris, and eaten in the sculpture garden.  It was beautifully a chunk of baguette containing some slices of Brie, and nothing else - no salad, no butter, and certainly no cranberry sauce.  I didn't take a picture. 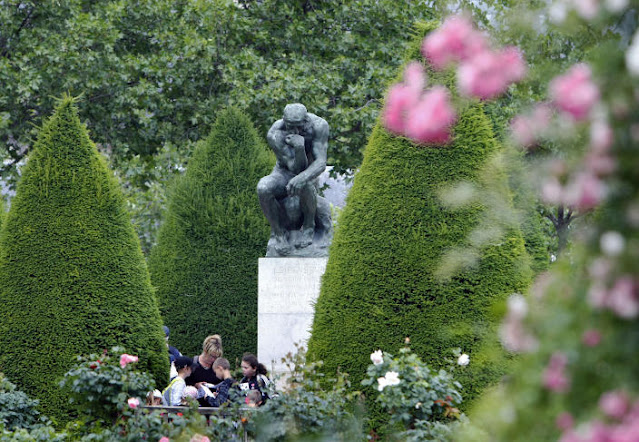 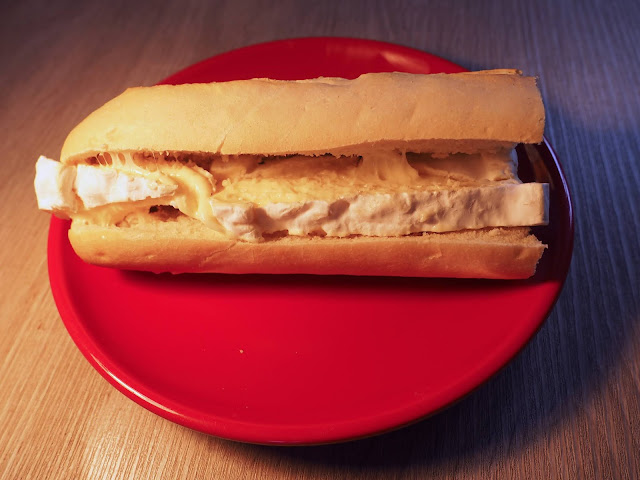 It was good but it wasn’t quite as good as I wanted it to be.  Of course it wasn’t Brie, and maybe I needed to be in Paris, and surrounded by Rodin sculptures, but one thing that definitely wouldn’t have made the sandwich any better was cranberry sauce.

And speaking of Brie, there’s a story, apocryphal l suppose, that Henry IV of France was introduced to Brie by his queen, Margaret of Valois, known as Margot.  He liked it so much that when he was tempted to visit his mistress Gabrielle d’Estrées, his wife offered him a slice of Brie and he stayed home. It was a hollow victory.  Henry had the marriage to Margot annulled, as was the style at the time, because she couldn’t give him children.  This is from the movie. 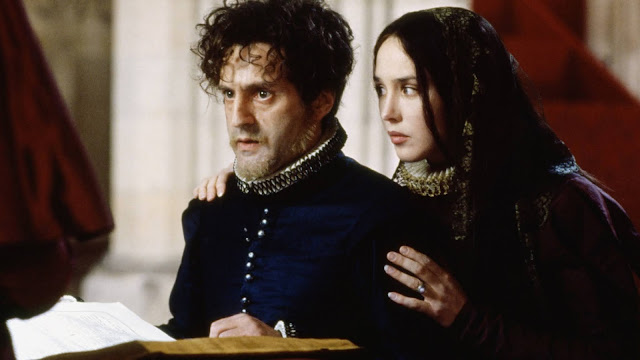 Posted by GeoffNIcholson at 6:11 AM No comments: 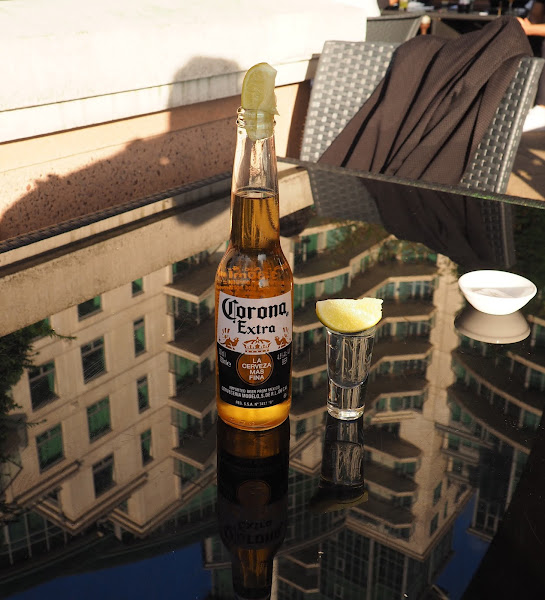 Look, I’m no fool, I know the pandemic is still with us and will be for the foreseeable future, but
sitting by the Thames in Vauxhall, at a bar called the Waterfront, which is also a Hookah bar,
with a bottle of Corona and a tequila chaser, it was possible to believe otherwise. 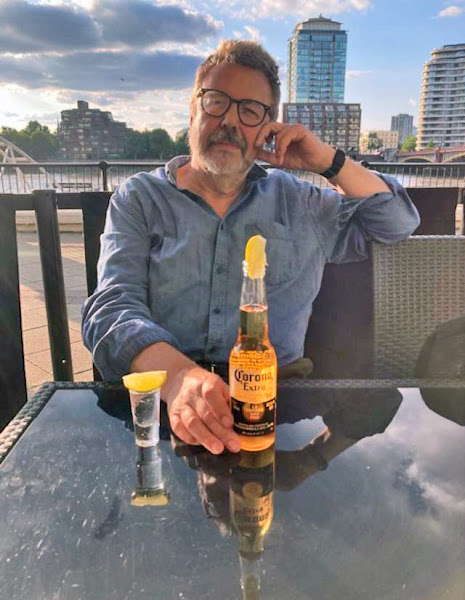 Photo by Luna Wormwood-Smith
Posted by GeoffNIcholson at 12:53 AM No comments:

And while we’re discussing the melancholy of the sandwich, here’s one somebody did earlier, in Japan. The image was floating around on Twitter and I’ve tried to find the original source but I’ve failed. 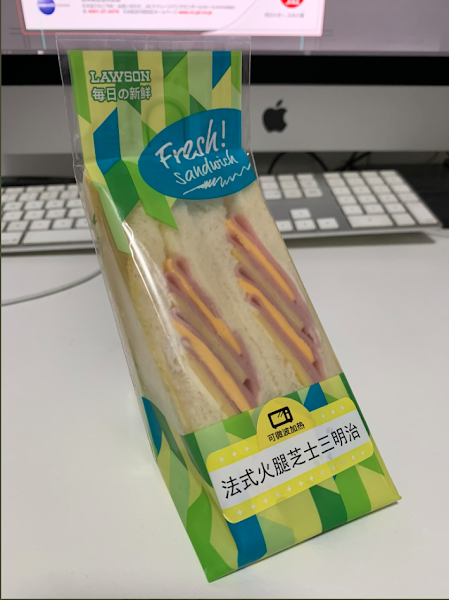 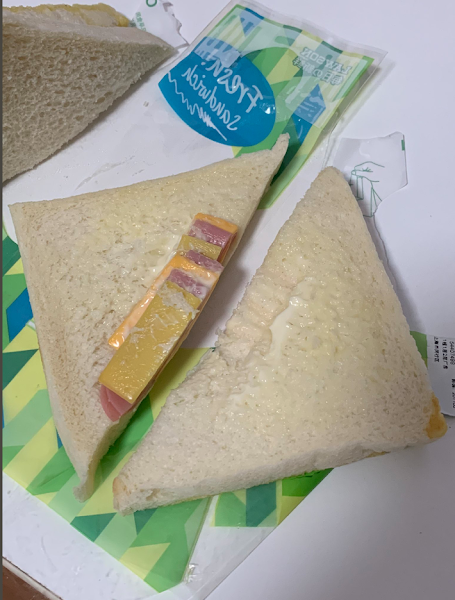 The problem here is not just that there’s disappointment, there’s also deceit and insult, and a good deal of contempt for the customer. I’ve never encountered anything that bad. The best/worst I can do is this little number from the café in the Living Desert Museum outside Palm Springs. 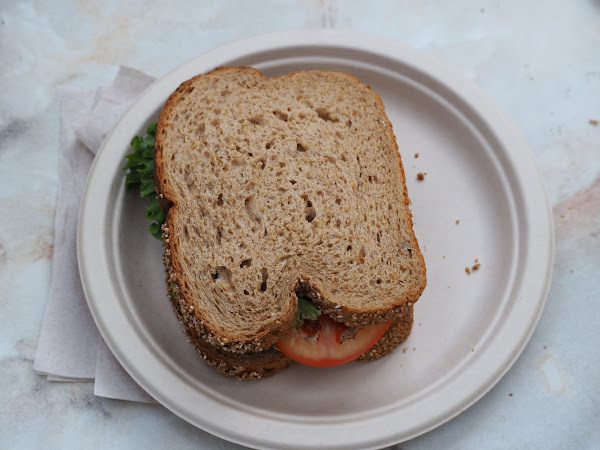 It looked fine on the outside but open it up: no butter or mayo on the bread, and barely enough tuna for a sandwich half that size. 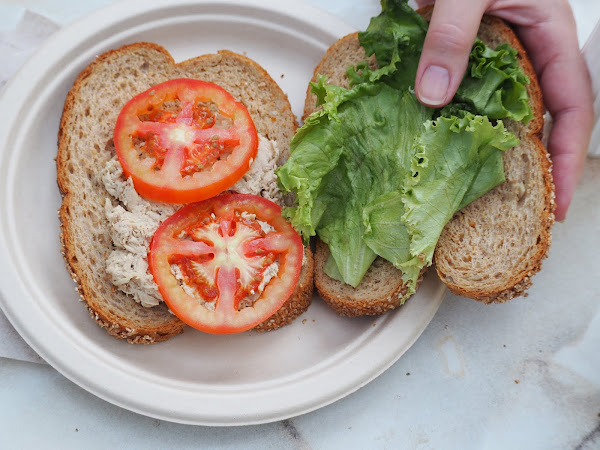 Catering - it's an industtry for cynics.
Posted by GeoffNIcholson at 12:06 PM No comments:

Maybe I already told you that when I was, briefly, the relief chef at a fairly dismal steak restaurant in Cambridge, my boss — an unhappy man who hated his job and his customers even more than he hated me — dispensed a piece of what he thought was profound wisdom: ‘If it looks good and they’ve got a full plate, you can get away with murder.’ Even at the time I knew he was wrong, but there’s certainly no reason why food can’t look good, even a sandwich. 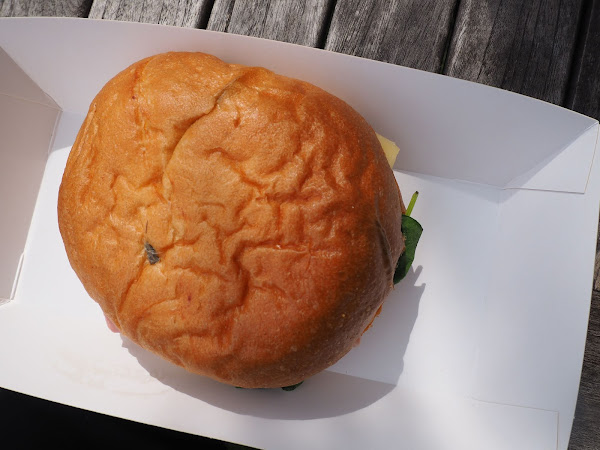 I bought the above ham and cheese ciabatta at the Dulwich Picture Gallery Café. It looked rather sad (and unappetizing) in its paper plate but it tasted absolutely great. I accept that I am not the world’s greets food photographer but that really is what it looked like. Compare and contrast with pictures on the café website: 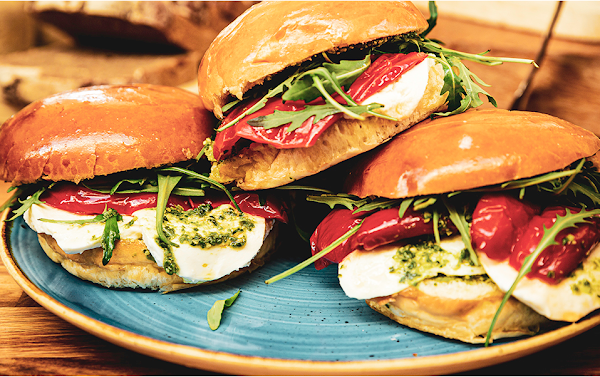 And then a day or two later I was seduced, I think that’s the word by, this sandwich from the Station Buffet in Manningtree: How could I resist a label with a picture of a steam train? Yes, I am very easily seduced. 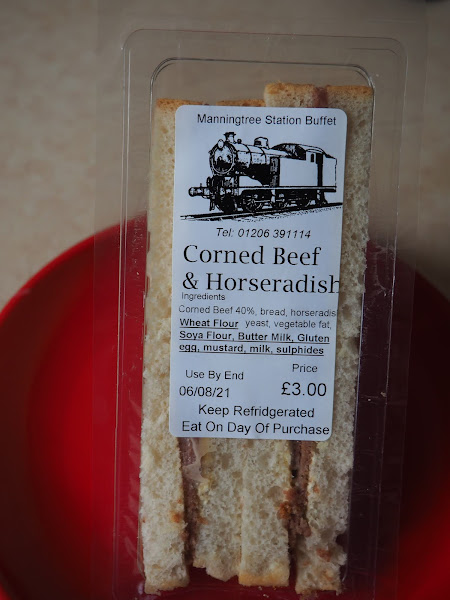 The last mainline passenger train to be hauled by a steam locomotive was the 'Fifteen Guinea Special' which ran on August 11 1968, and this sandwich certainly had something historic about it. I remember when all British sandwiches looked like this. This one tasted exactly the way it looked. 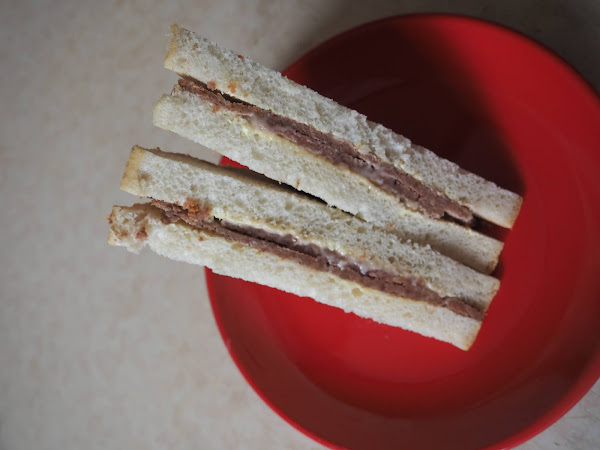 Looks are never everything, but they’re usually something.
Posted by GeoffNIcholson at 7:23 AM No comments:

I’m sure you remember that for Christmas 2019 I was the lucky recipient of a big can of potato crisps (thanks Caroline!) 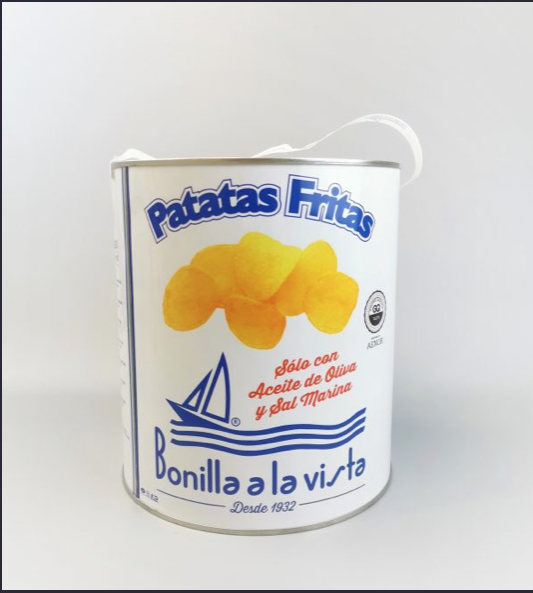 The company that makes them is Bonilla a la Vista, originally based in Spain, with a mission statement on their website that says, ‘Devotion is our main ingredient.’ 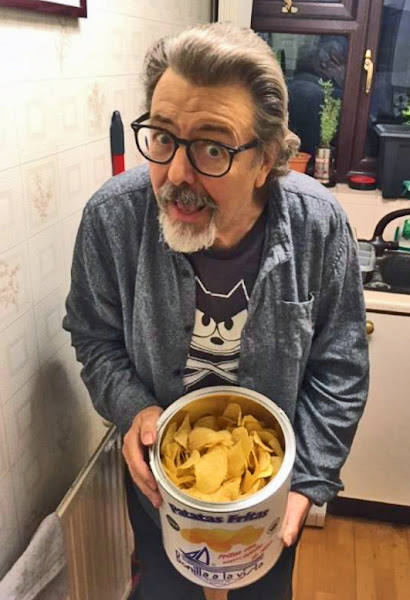 Inevitably the crisps were soon gone but I held on to the can thinking I’d find a use for it, but I wasn’t sure what. Then earlier this year inspiration struck. I decided to use the can as a kind of plant pot and grow some potatoes in it. At first it seemed to be a success. The greenery came up and looked great, 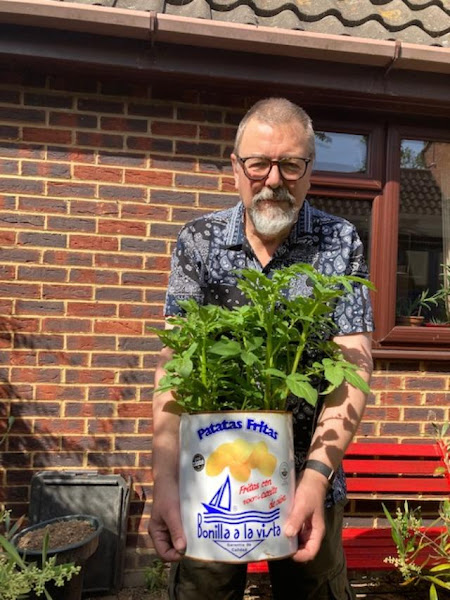 but there were no flowers and then the greenery died. I thought ah well, it didn’t work, this is what happens, and so I turned out the contents of the can, to get rid of them, and there to my surprise was nature’s (rather limited) bounty. 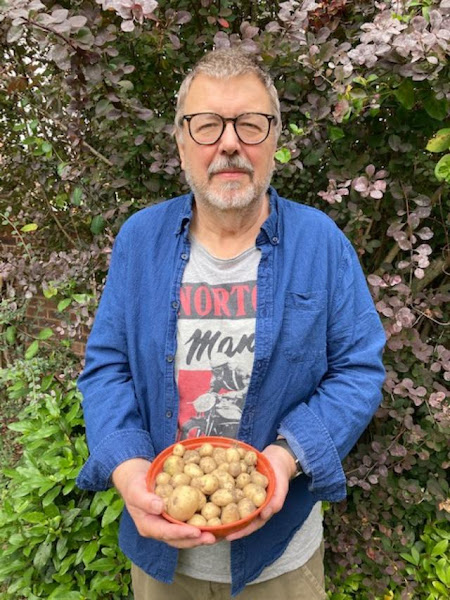 Now, you will say that by supermarket standards this is at most 50 pence worth of spuds, but can you put a price on being friendly with the earth?
Posted by GeoffNIcholson at 1:04 PM No comments:

In From A to B and Back Again, Andy Warhol writes (or anyway dictates) the story of a character named Taxi – a very thinly disguised portrait of Edie Sedgwick, and he reveals that (amazingly) she was a sandwich fan of a very specific kind. 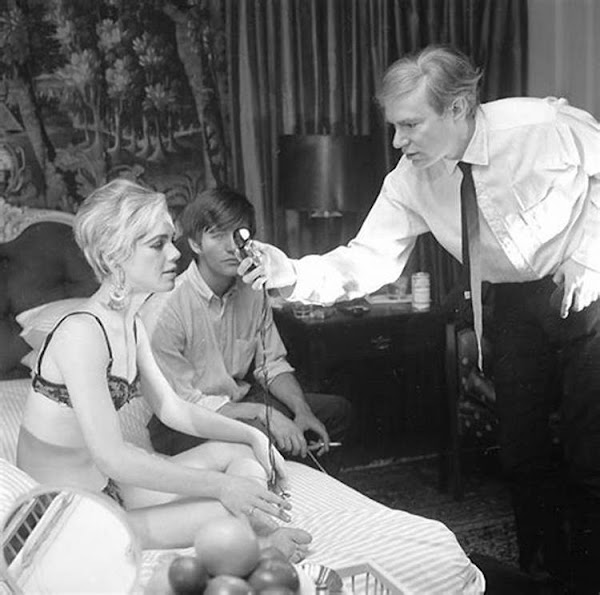 Warhol writes, ‘Taxi would spend most of the day at lunch uptown at Reuben's ordering their Celebrity Sandwiches—the Anna Maria Alberghetti, the Arthur Godfrey, the Morton Downey were her favorites—and she would keep running into the ladies room and sticking her finger down her throat and throwing each one up. She was obsessed with not getting fat. She'd eat and eat on a spree and then throw up and throw up, and then take four downers and pop off for four days at a time.’ 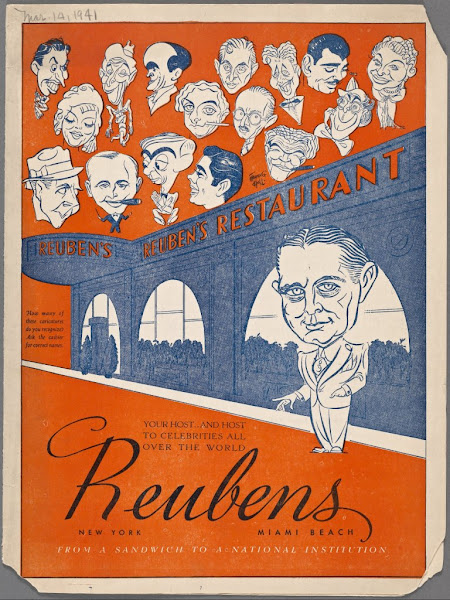 The establishment referred to here is Reuben’s Restaurant on Manhattan’s 58th Street, between Fifth and Madison. It ran from 1928 to 1965, though it had an ‘official’ opening in 1935. There were other locations too. The owner was Alfred Reuben, one of the few Reuben’s who didn’t claim to have invented the sandwich of the same name. And he didn’t invent the notion of naming sandwiches after celebrities either, but he did make it his own. In truth I’d never heard of Anna Maria Alberghetti, Arthur Godfrey, or Morton Downey. (I had heard of Morton Downey Junior, but he was appalling). Here are the celebs in question. 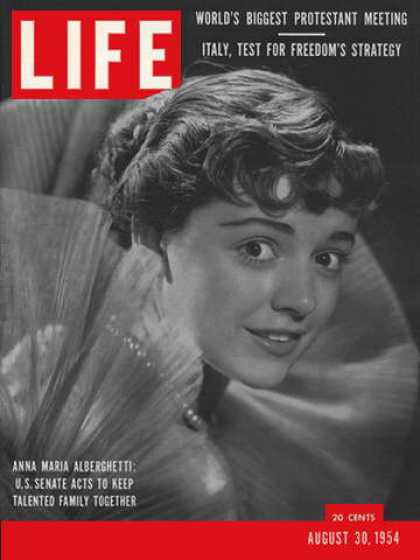 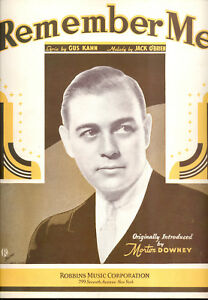 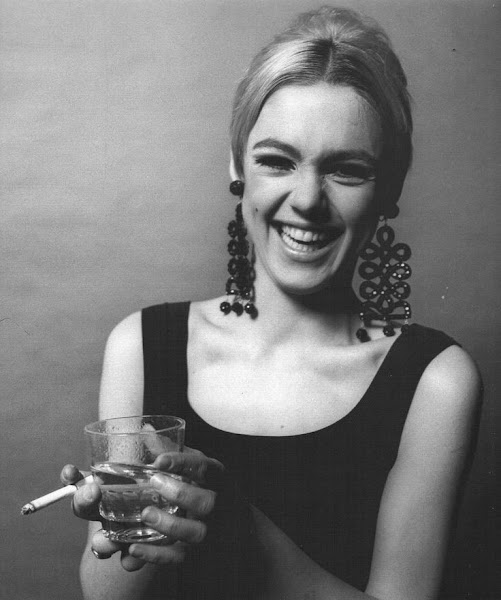 Posted by GeoffNIcholson at 8:36 AM No comments:

Well first there’s this, from an era lost beyond recall, when somebody at an advertising agency thought that Guinness drinkers might want to sharpen up their knowledge of game. No doubt some of them did, but not so very many, I imagine. 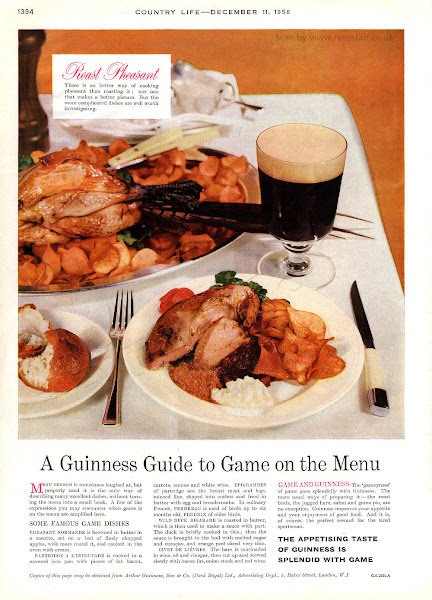 Then there’s this ad from Malaysia. No, the woman doesn’t get to imbibe the Guinness but she seems intoxicated at the very sight of her man drinking it. 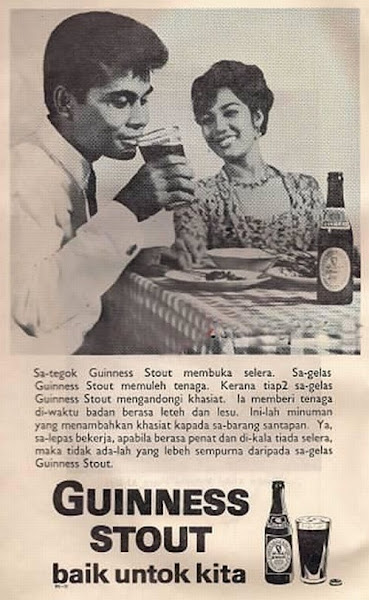 How times have changed. Here’s a picture from the celebration of 50 years of Guinness in Malaysia - now the women get to hold the drink.

And then there’s this – Cahill’s ‘smooth Irish Cheddar with rich Irish porter’ - so it doesn’t contain Guinness but the website says it ‘pairs well with a cold pint of Irish Stout.’ I ate it, actually with a glass of Pinot Grigio, and it tasted good, if a bit grainy. 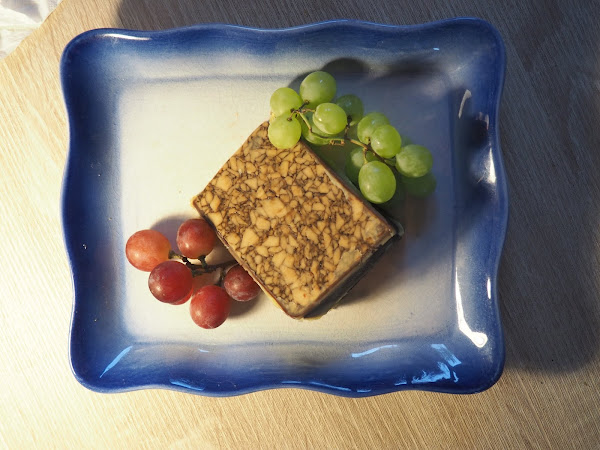 But digging deeper in the Cahill’s website I found a recent notice that said, ‘As a precautionary measure, we at Cahill’s Farm Cheese are recalling a number of batches of our specialty cheddar cheese due to possible presence of Listeria monocytogenes.’ That includes all of their cheddar made with porter. However, since I bought mine at a stall in a farmer’s market and had eaten most of it before I went to the website I shall have to take my chances.
Posted by GeoffNIcholson at 5:31 AM No comments: