We know that the origins of the cocktail, both the word and the thing itself, are topics for lively debate.

The first definition of the word in print seems to have been in The Balance and Columbian Repository on the 13th May 1806.  Editor Harry Croswell described it as “a stimulating liquor, composed of spirits of any kind, sugar, water and bitters,” a definition that hasn’t quite stood the test of time. 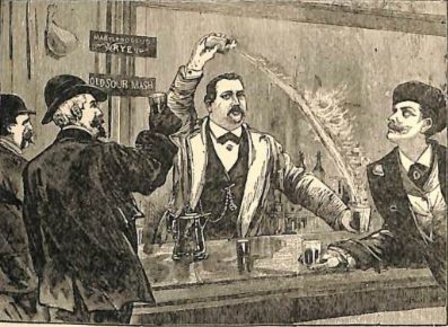 In 1862 Jerry Thomas (that's him above) published a guide called How to Mix Drinks; A Bon Vivant's Companion. It contains 10 recipes for cocktails, as opposed to punches, cobblers and whatnot. Bitters seem to have been the defining element. I have a facsimile copy right here.  It contains the Japan Cocktail – brandy, bitters, orgeat syrup and lemon peel.  It’s hard to see what’s Japanese about that, but it was a different age. 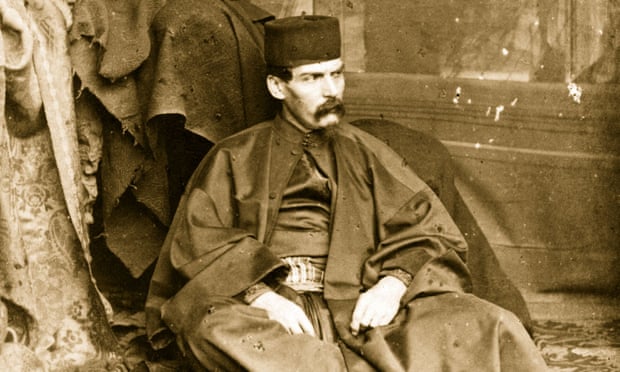 However, I would suggest that one place you wouldn’t expect to find a ‘cocktail’ in any sense is in The City of Saints and Across the Rocky Mountains to California, a book by Sir Richard Francis Burton (above), published in 1860, i.e. two years pre Jerry Thomas. Burton was crossing what he called the American Sahara, and the book contains a footnote which manages to combine cocktail drinking with shrooming.

Very possibly you can’t see this very well, in which case let me transcribe: ‘There is another kind of cactus called by the whites “whisky-root,” and by the Indian “peioke," used like the intoxicating mushroom of Siberia. “It grows in Southern Texas, in the range of sand-hills bordering on the Rio Grande, and in gravelly, sandy soil. The Indians eat it for for its exhilarating effect on the system, producing precisely the same excitement as alcoholic drinks. It is sliced as you would a cucumber; the small piece is chewed and swallowed, and in about the same time as comfortably tight cocktails would ‘stir the divinity within’ you, this indicates itself; only its effects are what I might term a little k-a-v-o-r-t-i-n-g, giving rather wider scope to the imagination and actions.” – (A Correspondent of the New Orleans Picayune, quoted by Mr Bartlet.) Sir Richard Francis Burton; what a man!

Posted by GeoffNIcholson at 10:44 PM No comments: 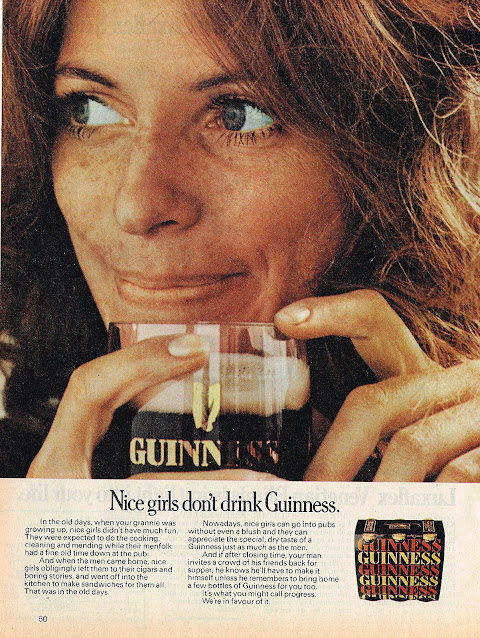 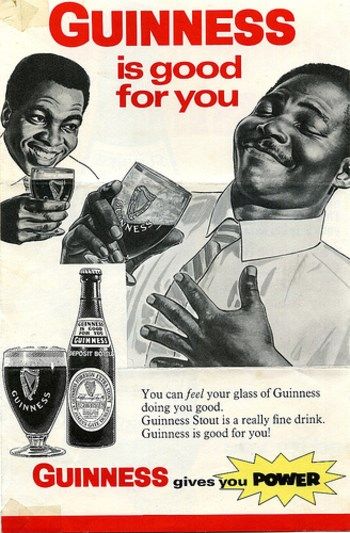 So Volks (my understanding is this ad was never actually used, though I stand to be corrected) 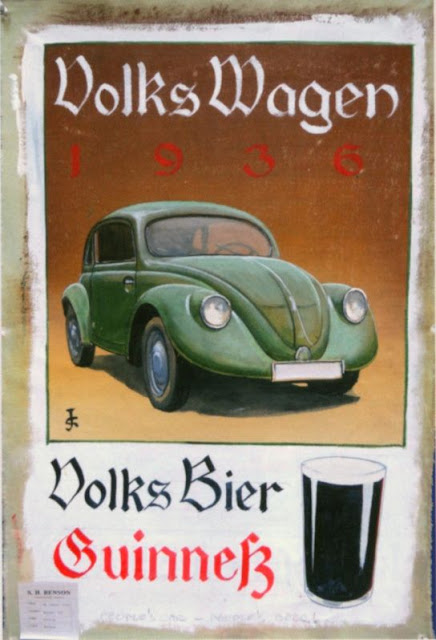 And so handy for making a couple of Black Velvets on a hot afternoon. 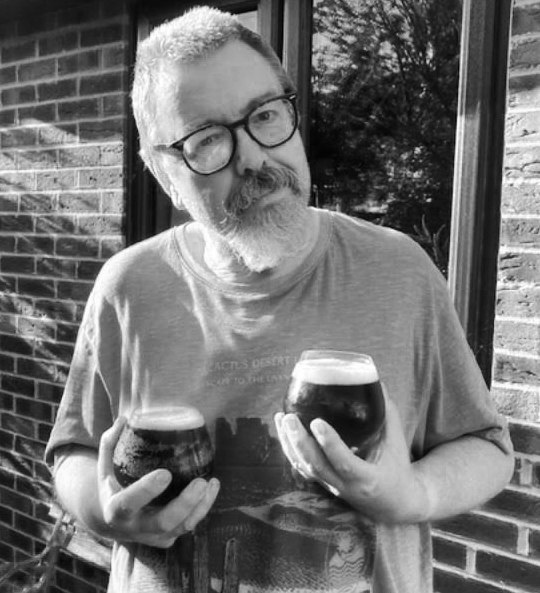 Posted by GeoffNIcholson at 11:39 AM No comments: 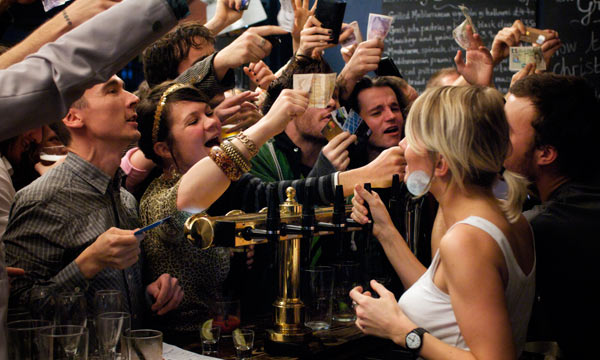 The best thing about being in semi-lockdown is going Into a pub and getting table service.

It’s so damn civilized.  None of that standing at the bar trying to attract the attention of

some sullen youth or youthette.  It’ll soon be gone and I’m feeling nostalgic for it already.

And you know now that the restaurants are open I can’t say I’m getting all that excited at the prospect of going to some fancy joint for lobster tails and the short ribs and wild garlic flavoured aioli or whatever, though there is a modest elegantly Japanese place I’m eager to get back too.

On the few occasions when I’ve gone out since lockdown (more or less ended), I’ve been eating fish and chips. These are at the Royal Albion in Walton-on-the-Naze. 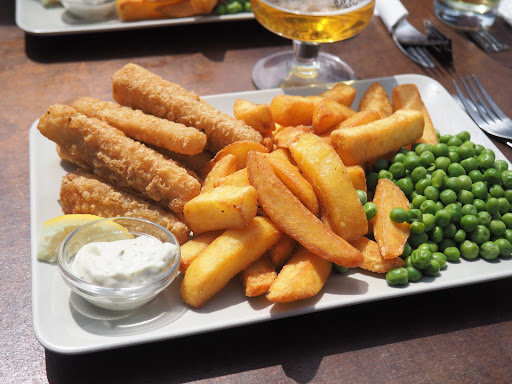 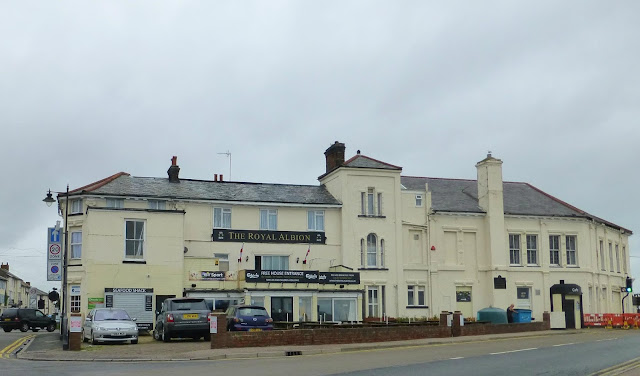 In fact those fishy things are officially ‘goujons’ according to the menu. Apparently goujon comes from the French for gudgeon which is a small freshwater fish, pretty close to being a minnow. and that’s why it comes in small pieces, though I’m pretty sure these were cod, or codling, or reconstituted cod-like substance.  But the chips were great.  And you know, we were eating out again, after a long time.

Then there was the Flora Tea Room in Dunwich where the price was a couple of quid higher than in Walton, but the fish was a nice battered chunk of cod. 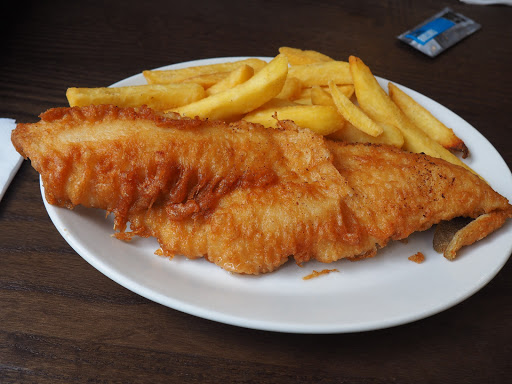 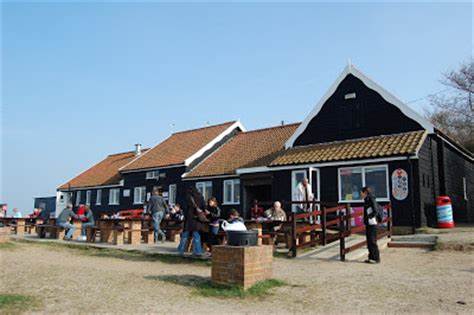 The Flora is handy if you want to walk off your lunch with a visit to the former leper hospital.

And then most recently the Mistley Thorn in Mistley (Matthew Hopkins, Witchfinder General, used to live in the building next door – there isn’t a blue plaque). 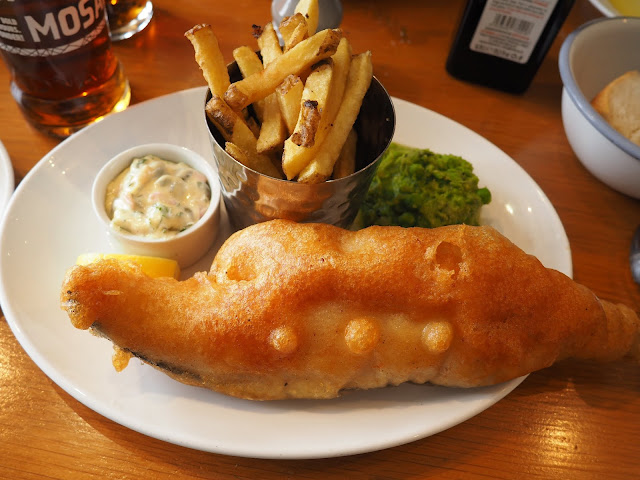 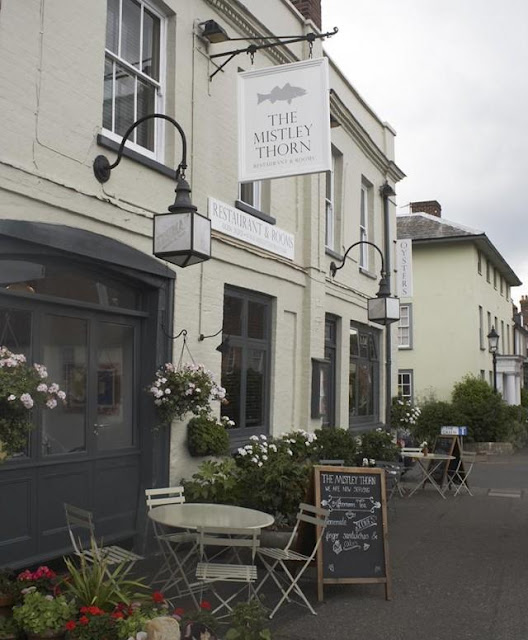 This was another three quid more again, but the Mistley Thorn is a proper restaurant.  The fish was haddock and you can argue whether or not haddock is better than cod.  I’m pretty agnostic.  The received wisdom is that haddock is ‘tastier’ but I’m sure much depends on the piece of fish and the batter etc..  This batter was fabulous, and the peas were fancy – not mushy but crushed and minty. And the beer was so cheap that we wondered if they’d made a mistake.  But we didn’t correct them.

Want to see a picture of a couple of royals eating, or at least fondling, fish and chips?  Well of course you do. 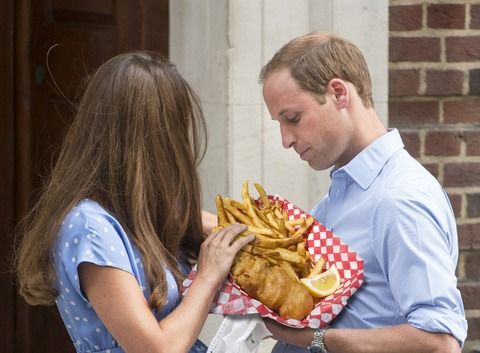 Posted by GeoffNIcholson at 9:24 AM No comments:

Being of sound mind, I would never dream or telling another human being how to make a martini.  You go into a bar, order your drink, and let the person behind the bar make it the way they want to make it.  If the drink’s no good, well the bartender has gone to hell in their own way.  And of course you're in a kind of hell because you have to drink it.

The one below, as I recall, was in a hotel bar in Baltimore, from which I expected nothing put delivered very well. 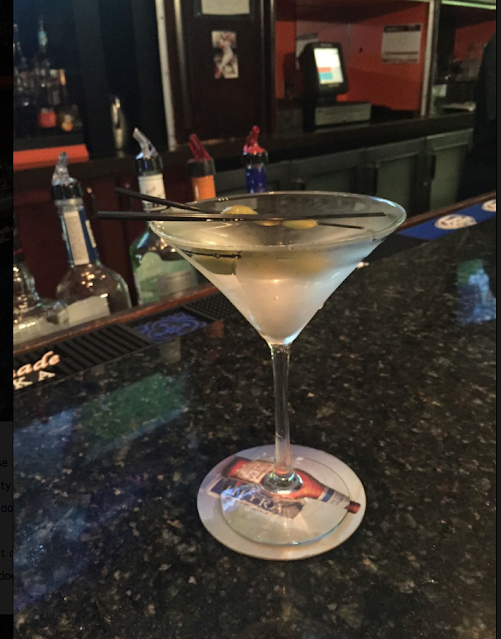 However, if pressed, and as you almost see it in the picture above, the one thing I would advise in making a martini is to give the drinker a full and generous pour. A meniscus that rises gently above the top of the glass is the mark of any great or even good martini.

I was reminded of this (as if I needed reminding) , by something in Jonathan Meades’s book Pedro and Ricky Come Again, a piece titled ‘The old man’s comforts and how he gained them’

Meades describes an ancient female relative named Aunt Doll who was a drinker of Mackeson, Marsala, port and sherry who asked the young Meades to pour her a drink, with the admonition, ‘Oh go on. Fill it just to the brim you Jonathan my tresshure.  I like to see a hearty meniscus on moine.’

This is Jonathan Meades, though that is not his Aunt Doll. (Photo by Tim Mercer). 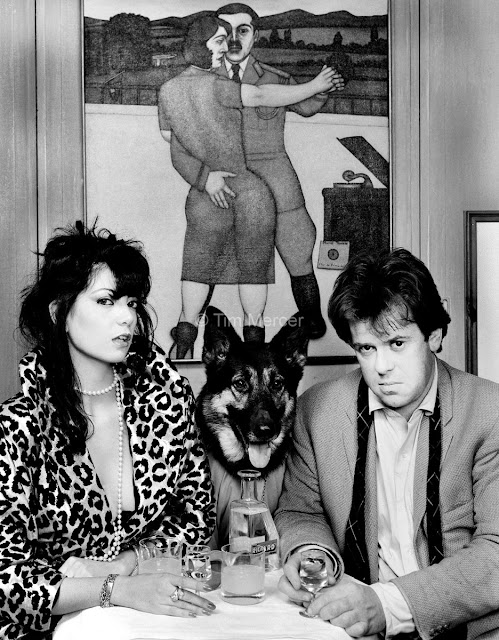 I’d say a meniscus is far too subtle and classic a thing to be genuinely ’hearty’ but I get the point. Here’s one I did earlier. 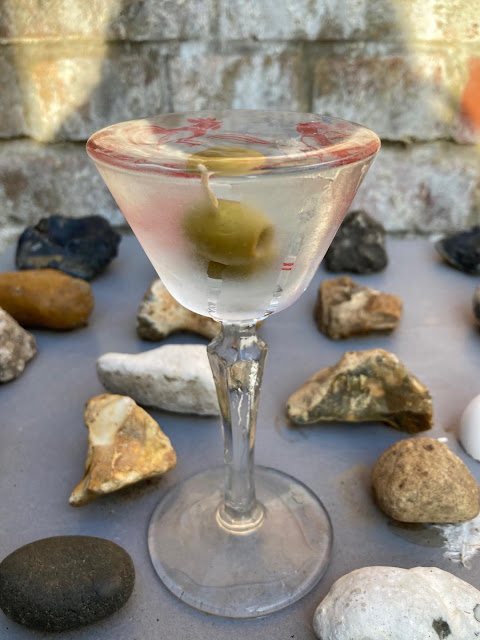 Photo by Luna Yearwood-Smith.
Posted by GeoffNIcholson at 4:01 AM No comments: