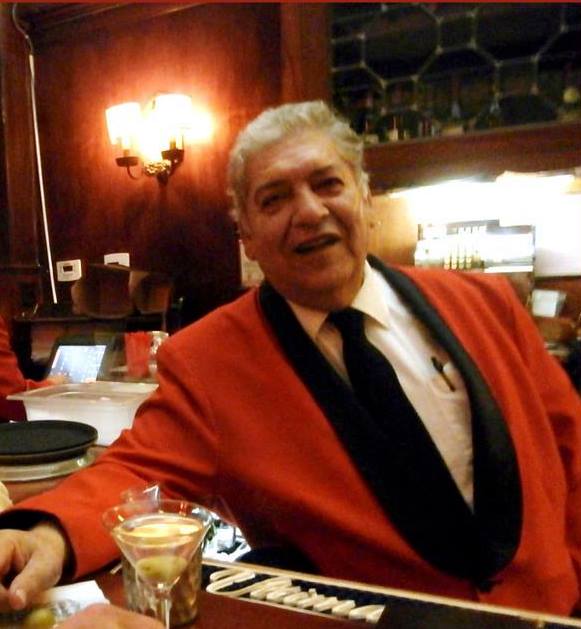 News just in that Ruben Rueda, the legendary bartender at Musso and Frank on Hollywood Boulevard has died.

This is a great shock though in truth he had hadn't looked well in recent times and had lost a great deal of weight, though he retained the large, tailored, Musso jacket.

I think he made as good a martini as anyone ever has.  Another one bites the olive.
Posted by GeoffNIcholson at 1:05 AM No comments:

DON'T BLAME IT ON THE MOONLIGHT

So we went the Moon Light restaurant in Brick Lane.  It calls itself an Indian though there’s a definite Bangladeshi influence.  They have a great sign: 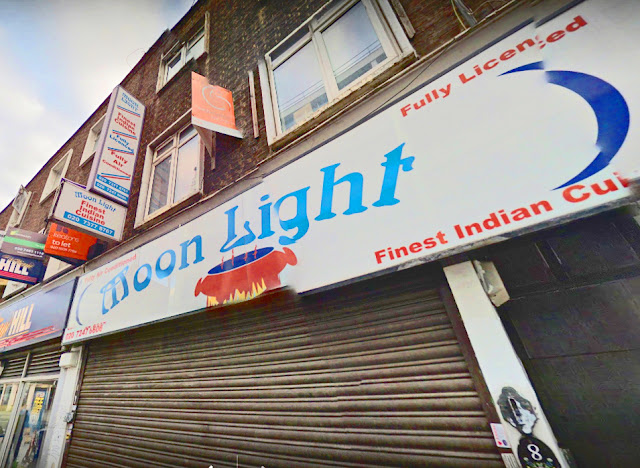 The waiter was incredibly intrusive but so exuberantly and naively so that it was impossible to take offence. I learned for example that he had recently married his cousin.  And it was only at the wedding that his parents told him that they were also cousins.  Way  too much information, dude.

The food was fine, a very good lamb biryana, a less good prawn balti, and there was a starter on the menu that I’d never seen before or even heard of, so obviously it had to be ordered ‘Biran Mas – Bangladeshi rhui fish gently spiced and lightly fried.’ 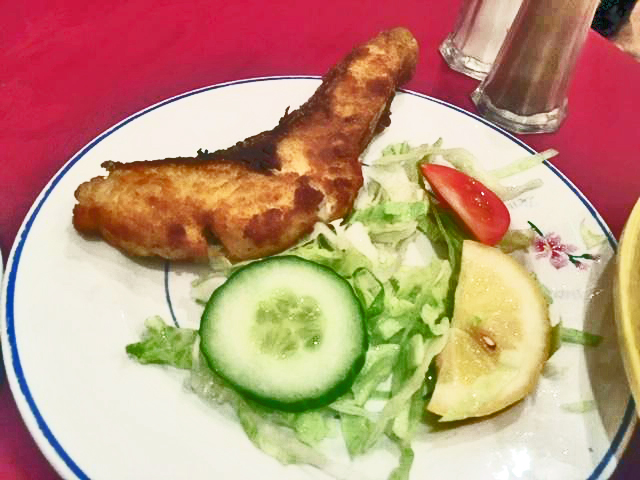 That described it well enough though I had to wait till I got home to look up what rhui is.  Apparently it’s a kind of carp (sometimes called Ilish or Hilsha) and it was great, though if you’d told me it was a piece of cod I’d have believed you. 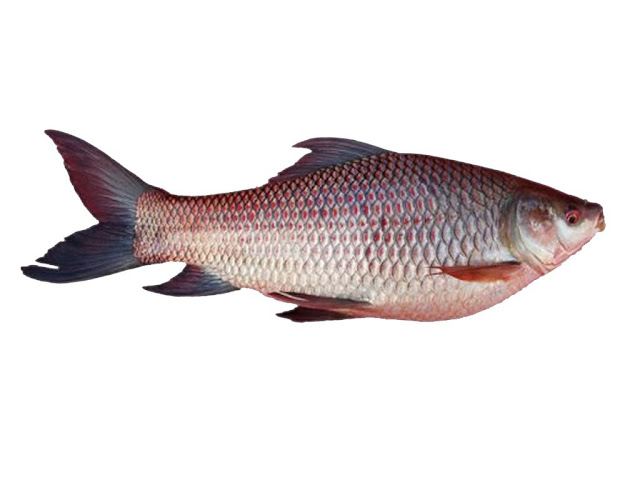 As you see above, it came with what I think of as a standard-issue Indian restaurant, salad the kind you can get in any every Indian or Indian-related restaurant in Engalnd.  They always look much the same, which is to say very unappetizing, and as far as I can tell nobody ever eats them.  They come out from the kitchen and then get taken back again.  Do they get thrown away?  Doe they get recycled?  Does anybody know or care?

But I wonder what the waiters and chefs in these restaurants think about it. Do they think the English have a strange, mysterious and ritualistic attitude towards salad.  They think it’s not meant to be eaten, it’s just meant to be there. Like a raddish rose? I haven’t seen a raddish rose for years, though I do think I might have eaten one once, but I don't really remember. 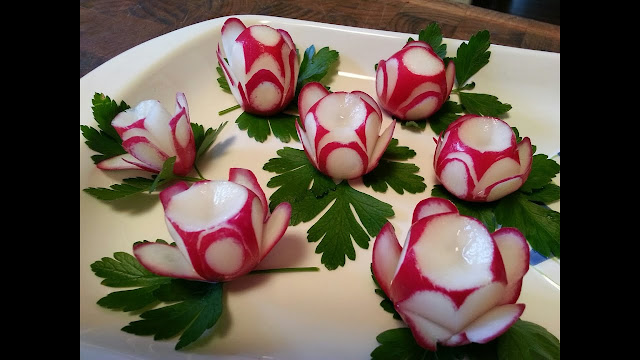 Posted by GeoffNIcholson at 11:57 AM No comments:

Want to see some potato imagery from the Simpsons?  Of course you do.

Homer Simpson as a potato man: Marge and her sack of potatoes: 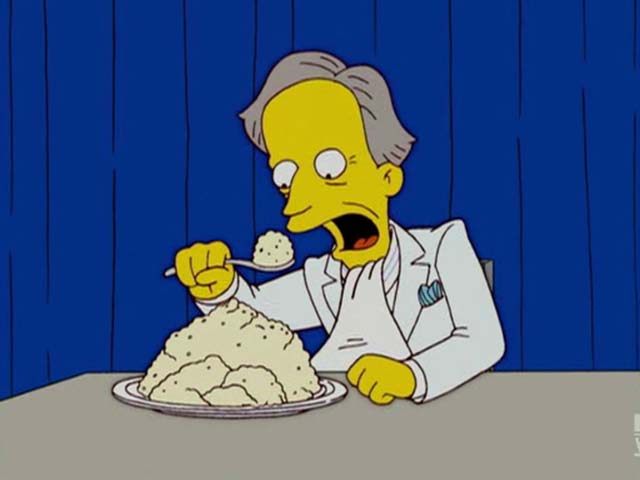 And do you want to see a picture of Agnes Varda dressed as a potato?  Sure, why not? 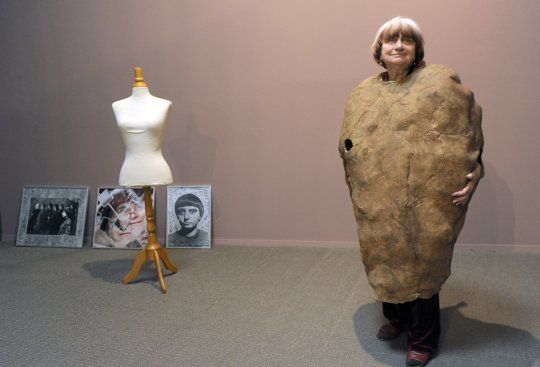 Posted by GeoffNIcholson at 12:12 AM No comments:

This confused us for a while.  We were in the 5thView bar, up on the top floor of Waterstone’s bookshop in Piccadilly, and I was enjoying a two-for-one martini, in their happy hour special.  (Why oh why don’t more bookshops sell martinis?  And why don’t more martini bars sell books?)  This is what one of Waterstone’s two-for-one martinis looks like (though you probably knew that): 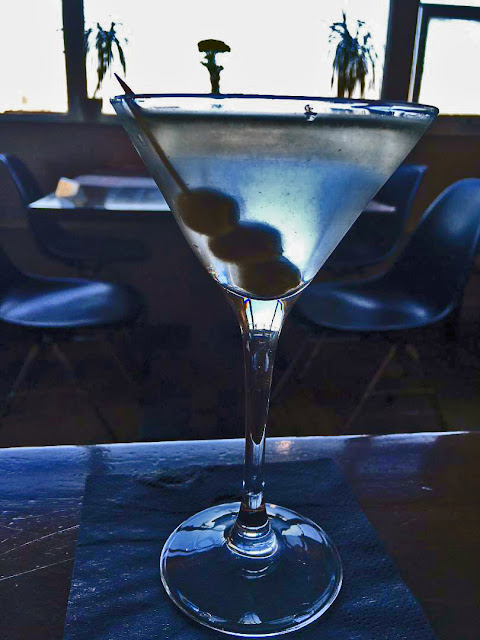 But our eye was caught by the wine menu, specifically by this line; ‘delicious, well balanced and flavourful, with nots of red fruit and warm spice.’

Obviously ‘nots’ was a typo but it took a while to work out what it actually meant.  My first thought was that it might mean ‘lots of red fruit’, but then I thought ‘knots of red fruit’ might be a possibility. And in the end my drinking companion worked out that it was probably meant to be ‘notes of red fruit.’  She was right, I’m sure, and yet somehow I was left feeling disappointed. 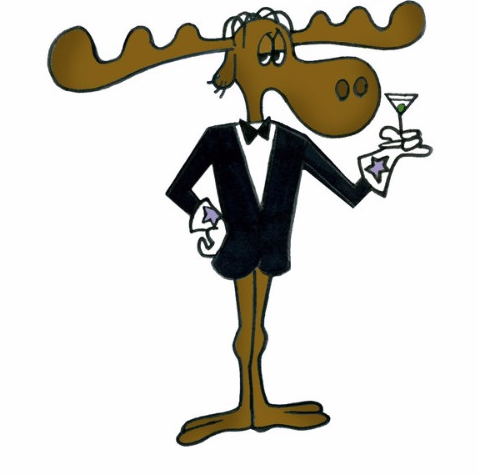 Posted by GeoffNIcholson at 12:02 PM No comments:

You know how it is, sometimes you do something of a food-related nature, and you can’t help asking yourself, ‘Have I just created a paradigm shift or have I done something really stupid?’

I was in Waitrose, looking for something for dinner, and feeling uninspired, and I bought a pack of sushi, actually nigiri, and I knew this wouldn’t quite be enough, and as I was heading to the till I passed the pork pie section so I picked up one of those and then I spotted a tub of potato salad and I bought that too, and then I made my purchase.

I could see that display would would be important with this meal, and I arranged it to look like this: 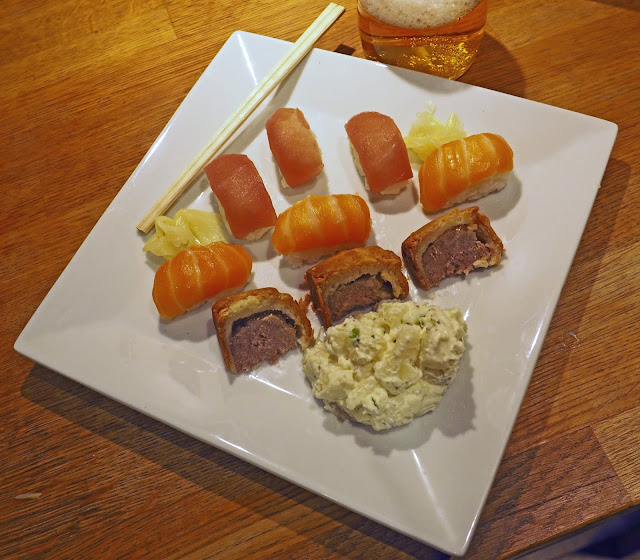 orderly without being exactly minimalist, a bit of fusion with just a touch of Carl Andre: 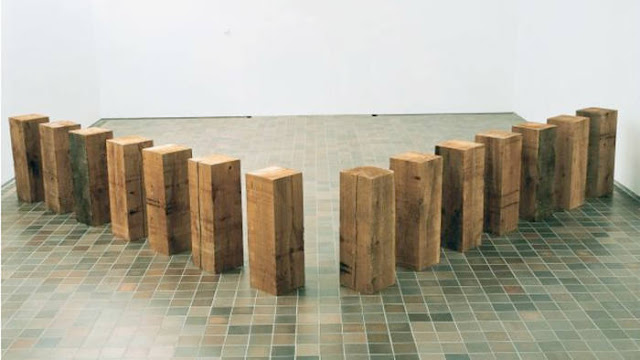 The pork pie was a better example of the breed than the sushi, maybe the paradigm hadn’t shifted after all.

Posted by GeoffNIcholson at 2:43 AM No comments:

WHIFFING OF ONIONS AND ROSES

So Scott Walker has gone.  I’m very, very sorry to see him go, and yet in some way I was ready for it.  And I don’t feel any need to analyze or ‘explain’ the godlike genius of the man: you either get it or you don’t. 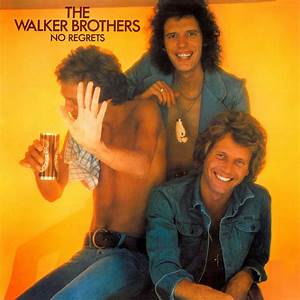 But I have been thinking about the cover for the album No Regrets (above).  It’s a pretty good cover for a pretty good album.  But what is Scott drinking?
It’s a can of Newcastle Brown isn’t it?  I never had Scott down as a Newcastle Brown drinker, did you?  Shouldn’t it have been absinthe or crème de noisette or a Cuban Breeze?
Well, I suppose the simple answer is that with Scott Walker it didn’t matter what he drank, he’d always be a hundred times cooler than you and me.
He’s also on this album, which itself has quite a cover. 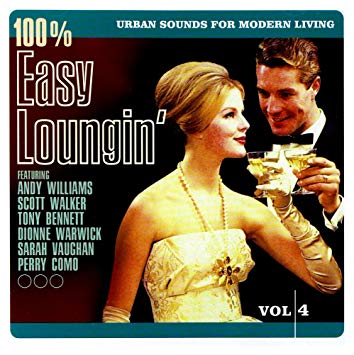 Posted by GeoffNIcholson at 2:50 PM No comments:

There are certain lines in novels, poetry, song lyrics, that are unimproveable.  Take this very simple one from Donald Fagen’s ‘The Goodbye Look:’ ‘Won’t you pour me a Cuban Breeze, Gretchen?’ 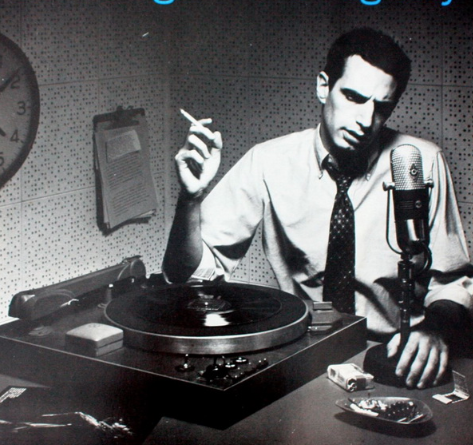 Now, coming up with the Cuban Breeze part can’t have been too hard, but the name of the pourer – that’s a thing you might have had to ponder.  And I believe you could spend the rest of your life trying to think of a better name than Gretchen and I believe you would fail.

This is what a Cuban Breeze looks like. Recipes differ wildly, but vodka, pineapple juice and amoretto seem to be the general requirements. 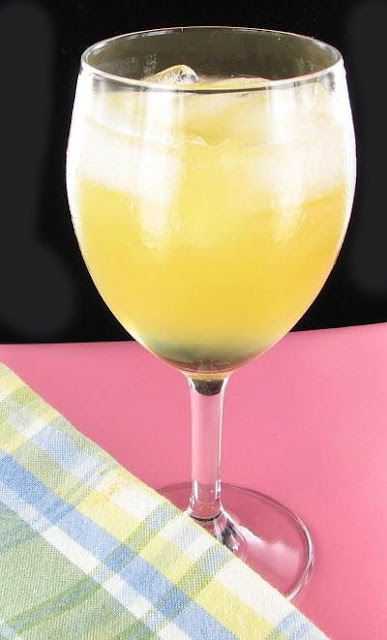 I was thinking about the Cuban Breeze because I was in a restaurant in Waterloo called Cubana – beans, plants, yucca, shrimps – all perfectly fine.  There’s a mural of Carmen Miranda outside, though Ms. Miranda of course was not Cuban, so I suppose the restaurant is all-purpose Latin.  There was no Cuban Breeze on the extensive cocktail menu. 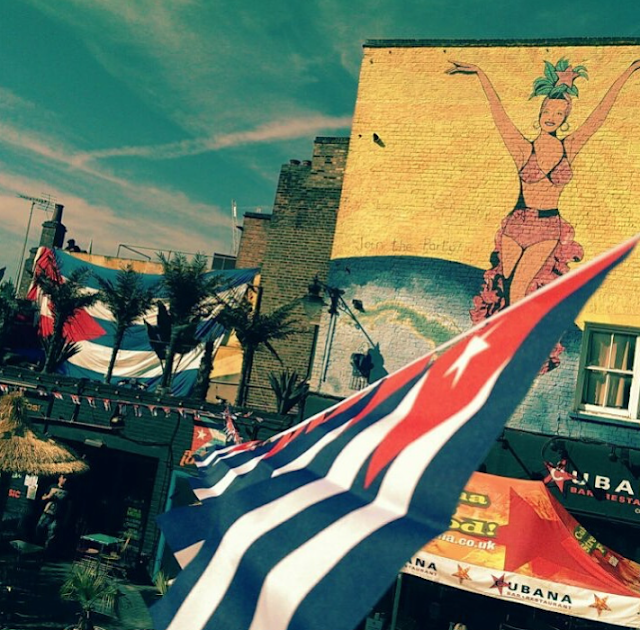 And I found myself singing, mostly to myself, another couple of lines from ‘The Goodbye Look.’
‘I remember a line of women all in white,
the laughter and the steel bands at night.’

And I mentioned this to my dining companions who doubted whether there were many steel bands in Cuba.  I did not have a view on this.
In fact I’m not even sure that ‘The Goodbye Look’ is set in specific place, but rather some all-purpose banana republic where the locals hate the colonists. 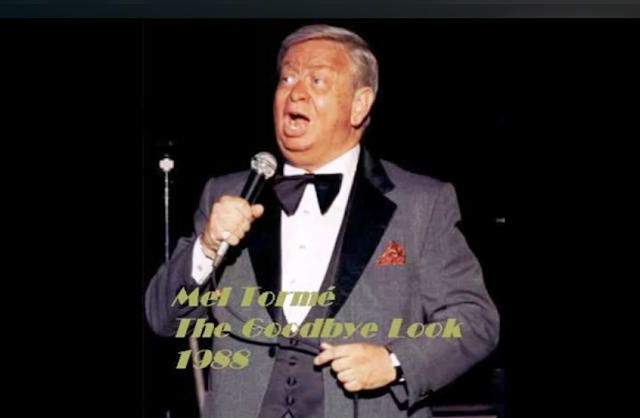 In fact at Cubana we eschewed the mojitos and the caipirinhas, the daiquiris and the fresh strawberry coladas, and had Polish beer, which came in a bottle that looked like this: 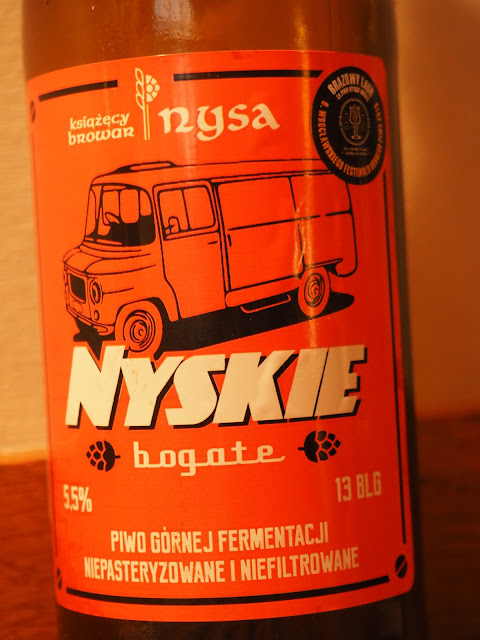 We agreed that this was the best beer label we’d seen in a very long time.  I kept mine as a souvenir.
Posted by GeoffNIcholson at 11:34 AM No comments: