I went to the local Thai supermarket and bought some snacks. 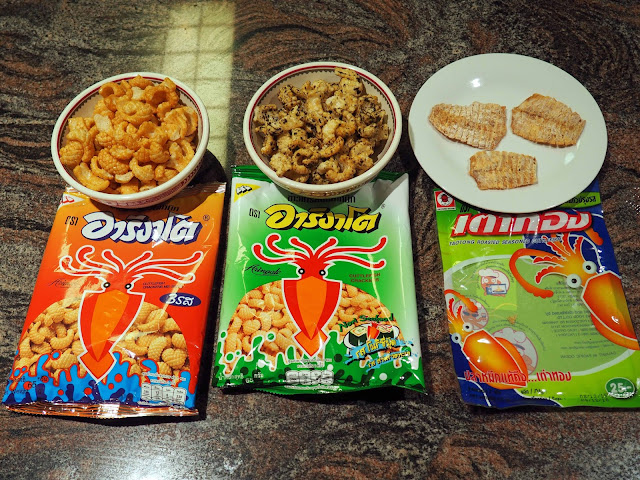 The ones below were labeled "cuttlefish crackers” and a sticker on the back said they had nori/seaweed seasoning, and I assumed that was the speckles. but I didn’t think they tasted of seaweed, they just tasted of sugar, which I didn't much like.  Also they didn’t look at all like the picture on the pack, which I suppose is not uncommon in the world of food packaging but it still made me suspicious.  Not a hint of fishiness either. 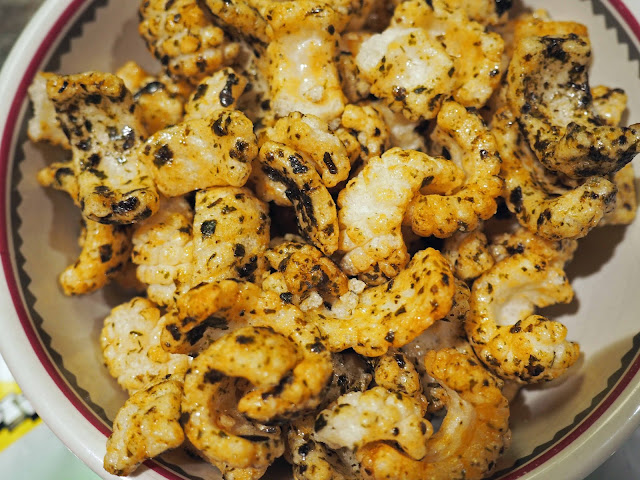 These next ones were “cuttlefish crackers mix spicy.”  They were way less sugary, which was good, and the flavor was just hot in a blunt, broad spectrum kind of way.  Again, nothing I could identify as cuttlefish. 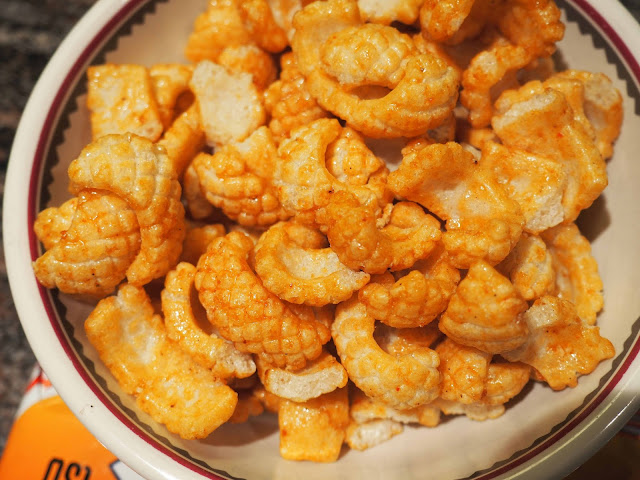 But then there were these, which are actually cuttlefish, “taotong roasted seasoned cuttlefish” to be precise – and they were actually quite good, savory, quite chewy, but again nothing that I could identify as obviously fish-like. 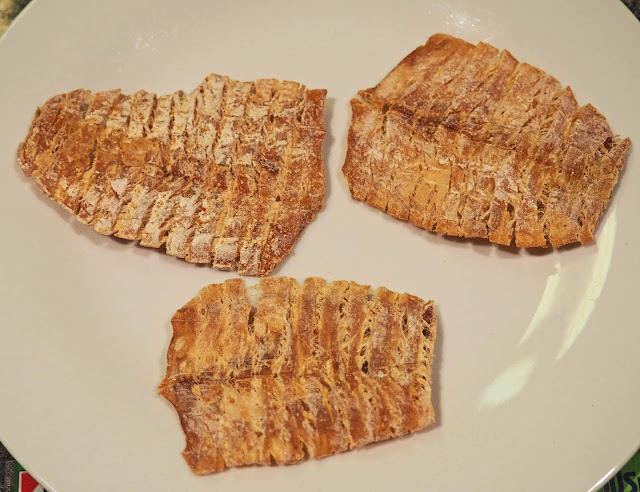 Maybe the problem is I don’t know what cuttlefish tastes like.  And until I researched it for this post, I didn’t have much idea what they looked like either.  Thus: 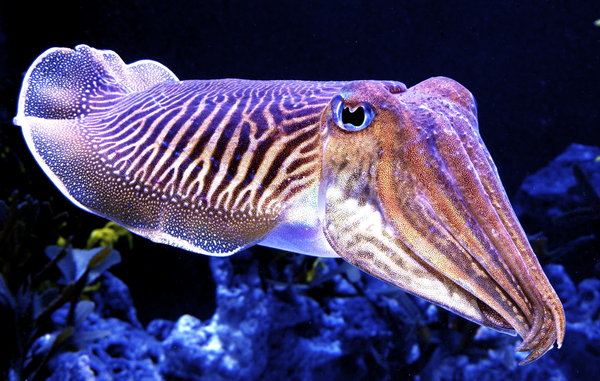 Posted by GeoffNIcholson at 6:37 AM No comments:

FOR BETTER AND WURST