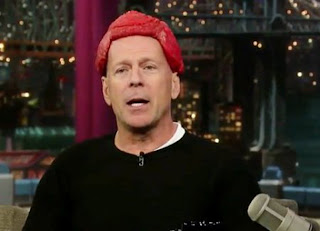 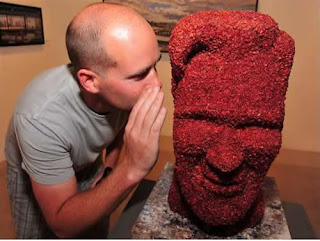 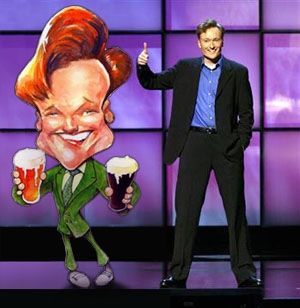 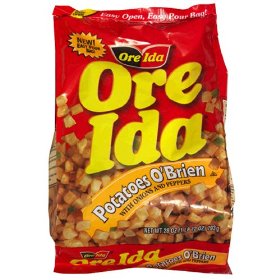 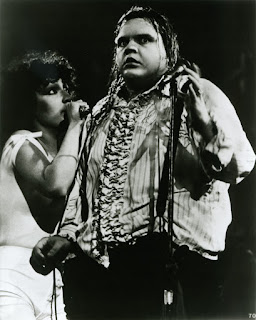 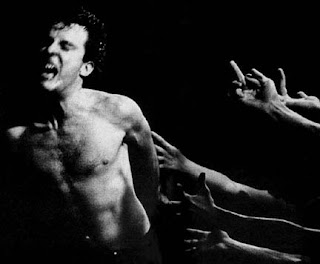 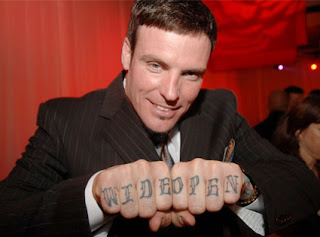 Posted by GeoffNIcholson at 1:13 PM No comments:

AS I LAY DRINKING 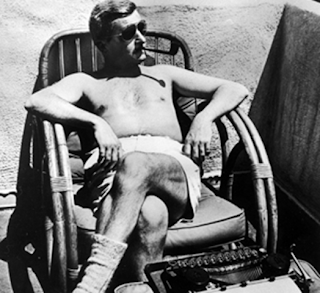 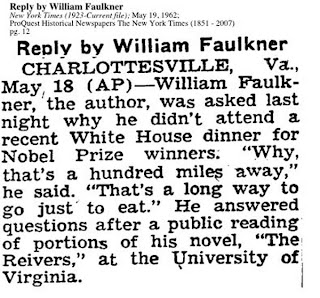 I think it rather confirms what we know about many serious drinkers, they don’t much care what they put in their mouth so long as it’s alcoholic.  Croquettes made from canned salmon were one of Faulkner’s favorite foods, apparently.
In fact Faulkner didn’t even wanted to go to Stockholm to receive the Nobel Prize itself, but under pressure from his own family and the US State Department, he did eventually accept the invitation.
Thanks to the amazingly detailed records of the Nobel Prize folk we’re actually able to know what Faulkner had, or at least was served, for dinner that night.  The menu was as follows;
Potage aux champignons
Filet de bœuf béarnaise
Fonds d´artichauts princesse
Glace Nobel  Friandises
And I think you could certainly argue that Stockholm is a very long way to go for mushroom soup, at least the wines were good, Kressman Monopole Rouge , and Champagne Perrier-Jouët & Cie.  Faulkner would have had no objections to those surely.
Things have apparently got a bit more interesting, and more localivore over the years.  The menu for Barak Obama’s Peace Prize dinner included cured reindeer fillet, elk marinated in juniper berry and thyme, and aquavit sorbet.  I’d go a reasonable way for any of those things.
Incidentally, it's almost impossible to find a photograph of Faulkner with a drink in his hand; almost impossible to find one without a cigarette.  Obama evidently has no such inhibitions. 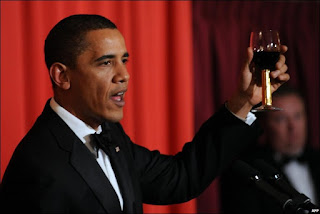 Ultimately of course we know that Faulkner preferred something harder than wine: maybe Scotch, corn liquor, or moonshine.  He’s also the man who said, rather opaquely it seems to me, “There is no such thing as bad whiskey. Some whiskeys just happen to be better than others. But a man shouldn't fool with booze until he's fifty; then he's a damn fool if he doesn't.”
Come on Bill, if you have to wait till you’re 50 it’s way too late to start foolin.
Below is a picture of Faulkner at table.  His plate looks ominously empty. 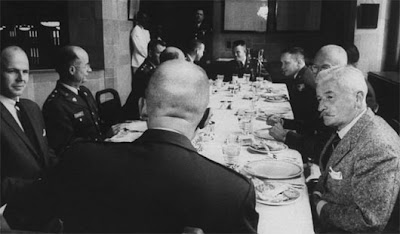 Posted by GeoffNIcholson at 4:58 PM No comments:

DID YOU BURN THE BOOK OF BEER? 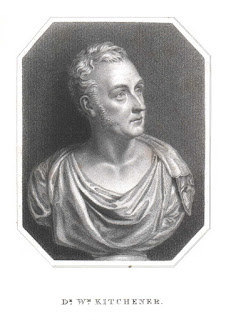 Still briefly with The Cook’s Oracle, in it William Kitchiner is a bit sniffy about sandwiches. “Properly prepared,” he writes, they’re “an elegant and convenient luncheon or supper, but have got out of fashion, from the bad manner in which they are commonly made: to cut the bread neatly with a sharp knife seems to be considered the only essential, and the lining is composed of any offal odds and ends, that cannot be sent to table in any other form.

“Whatever is used must be carefully trimmed from every bit of skin, gristle, &c. and nothing introduced but what you are absolutely certain will be acceptable to the mouth.”  That sounds like pretty reasonable advice: nobody wants a gristly sandwich. He then suggests various “materials” you might like to use for making good sandwiches.  The include potted or grated tongue, anchovy, German sausage, “hard eggs, pounded with a little butter and cheese,” and “various forcemeats.” 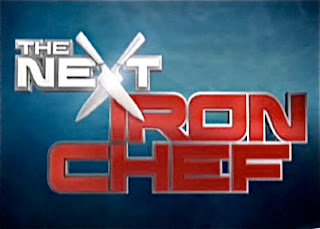 Well, I guess sandwiches are no longer entirely out of fashion since the first round of the Food Channel’s “Next Iron Chef” had contestants making a sandwich that expressed their personalities, that was “You between bread.”  Is it just me, or does that sound dirty?  The winner came from Duskie Estes, of Zazu restaurant in Santa Rosa, who made a lamb meatball sandwich with cherries two ways, in the meatballs and on the side, pickled. 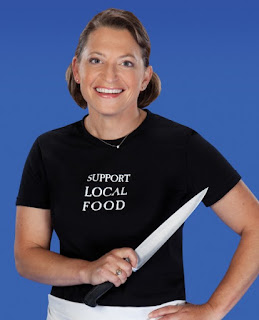 One of the losers, why bother to name the poor chef, was a tempura oyster sandwich on cornbread with pickled radishes and yellow tomato soup.  Yikes.  That’s really not someone I’d want to meet between bread.  But the basic idea that a great chef ought to be able to make a great sandwich is a good one.  If a restaurant can’t serve a decent steak, they’re definitely not going to be able to make a good beef Wellington.
Now, more or less by chance, I happened to be re-reading Richard Brautigan’s collection of short prose pieces The Tokyo Montana Express.  I used to really like Brautigan, and this book especially, but I did wonder if he was a youthful enthusiasm and I might have gone off him over the years.  That’s him below, holding a birthday cake or possibly a lump of enriched plutonium. 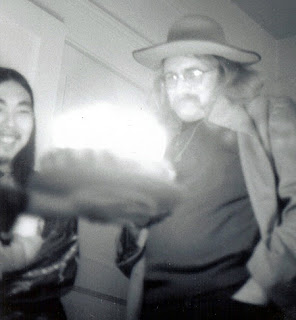 It turns out I still enjoy Brautigan, although naturally enough I barely remembered most of the pieces.  One that did ring a bell was titled “The Menu/1965.”  It’s presented as a piece of non-fiction reportage, about what the prisoners eat on Death Row at San Quentin.  It’s not about the old chestnut of what they have for their final meals but rather what they have day in, day out.  Brautigan visits the prison, gets a menu to take home with him, and reproduces it in the book.  That’s it below but you’ll probably need to click on it to enlarge it and make it readable. 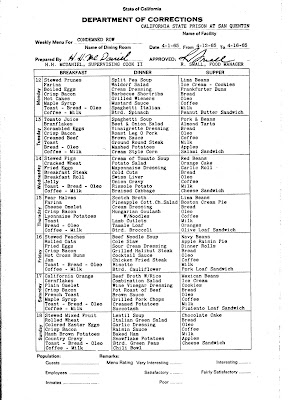 It certainly does look like a lot of high calorie food.  Brautigan shows the menu to his friends and gets their reaction.  One, very smartly, describes it as “Pop Art that hurts” and then he shows it to some “gentle poets,” one of whom gets angry and says they shouldn’t give all that food to criminals, they should give it to poets.  He gets particularly riled that the bacon is described as crisp.

Brautigan’s pals seem to think the Death Row inmates got to have all the food listed, but I don’t think that’s true.  I think the document was a menu just like any other, so that they didn’t get Hungarian goulash, lamb cutlets and tamale loaf all at the same time: they just chose one of them.

But what really interested me were the supper menus: every night a different sandwich: cheese, pimento loaf, olive loaf.  I don’t believe I’ve ever had pimento or olive loaf, though I do come from a foreign country.  And of course you have to wonder if that coffee before bed stopped the prisoners getting a good night’s sleep. 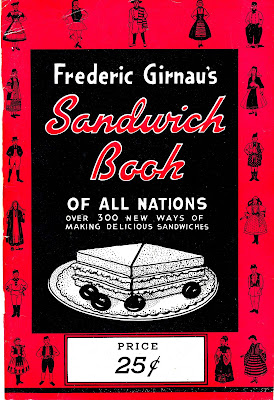 Next, rather less by chance, I aquired a copy of Frederic Girnau’s “Sandwich Book of All Nations,” that's it above.  Will it surprise you that I collect curious old cookery books? Often it’s the lurid illustrations I really enjoy but Mr. Giranua’s book doesn’t show any pictures of food, though it does have illustrations of people in the traditional dress of various, though by no means “all,” nations.
The book was published in 1945, by Frederic H. Girnau Creations, and of course there’s nothing quite like outdated ideas of cosmopolitanism, and of course it being 1945, there are no recipes for German sandwiches, though a couple are designated Bavarian.  Then we have the horseradish sandwich from Holland, and the mutton and pea sandwich from Syria.  There are cucumber sandwiches from Spain, Mexico, England and Greece, egg sandwiches from France, Scotland, Russia and Ceylon. The pineapple sandwich is “Arabian” and the date and orange sandwich comes from Africa.  Not least there’s the tomato jelly sandwich, which comes from Wisconsin. 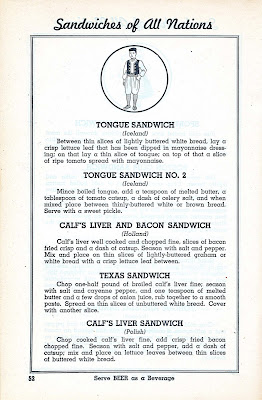 Above is a typical page of the book, quite a nice layout, though I’m not sure if that’s an Icelander or a Pole at the top.  The sharp eyed reader will also notice along the bottom of the page, and in fact along the bottom of every page, are the words “Serve BEER as a beverage.”  Got to love those capitals.

Now, it also so happens that there’s another piece by Richard Brautigan in The Tokyo Montana Express, and this one’s titled “Beer Story.”  It contains these two sentences, “Beer was an open book to him.  He knew every page of beer by heart.”  Sounds like a book well worth reading.
Posted by GeoffNIcholson at 1:26 PM No comments:

If you were dismayed by the death of Gourmet magazine, you may be cheered by the arrival of Gourmet Live, which is a website, and also now an Apple app, so that on your iPad it'll look pretty much like this, with an image of your Psycho-Gourmet at the bottom left, just a little below and to the side of Julianne Moore, not the worst place to be like this: 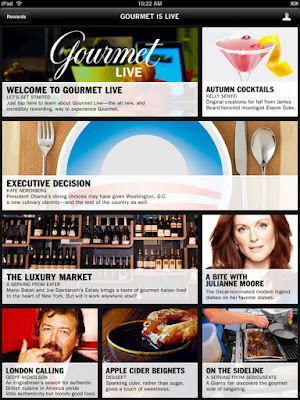 There's a link to the Gourmet Live site, RIGHT HERE.
Posted by GeoffNIcholson at 10:33 AM No comments: