My potato's gone all Ubu Roi. 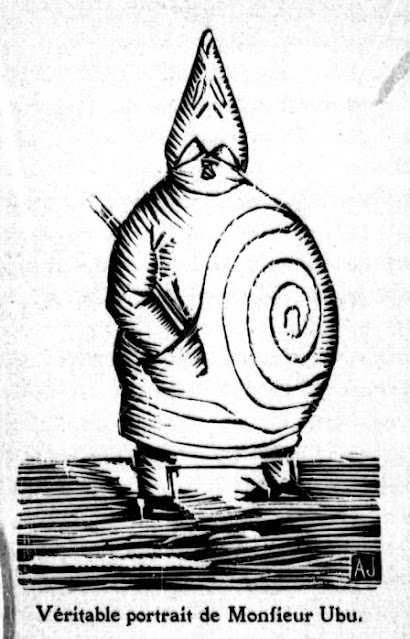 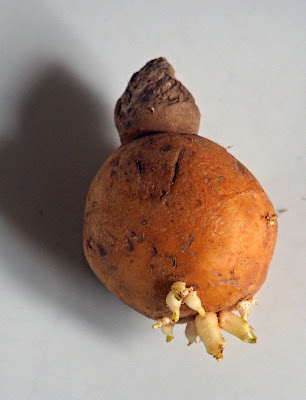 Posted by GeoffNIcholson at 11:00 AM No comments: 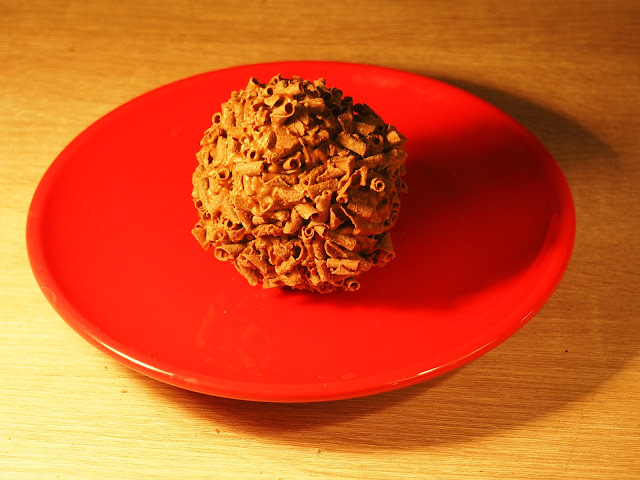 If you’re a novelist, as I often am, you spend a lot of time trying
to come up with the ‘right’ names for characters.

You try to make them sound appropriate and plausible without being too schematic.  You would never for example name a dentist Colin Clamp, but that was the name of the local dentist here in Manningtree until recently.  And you’d never call a character De’Ath – because readers are sure to think he or she is a harbinger of death.  Nevertheless here in Manningtree we have De’aths Bakery.  Their loyalty card doesn’t even bother with the apostrophe. 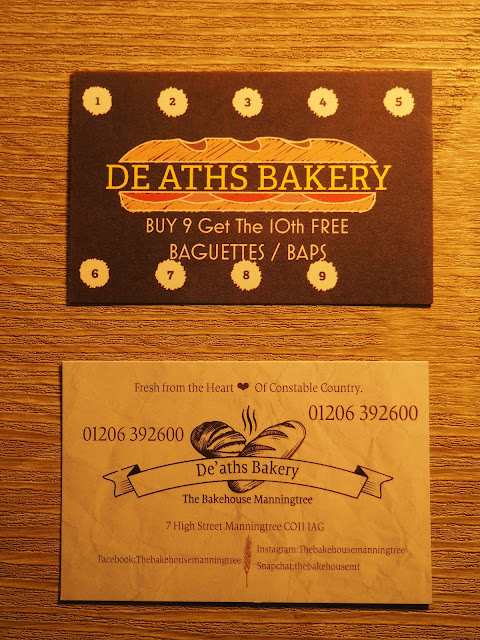 And in the window of De’aths there was a tray of ‘Callebaut Chocolate Cream Truffles’.  (The Callebut is Octaaf Callebaut who began making chocolate in Belgium in 1911).  I bought one.   I sliced it open and it looked this. 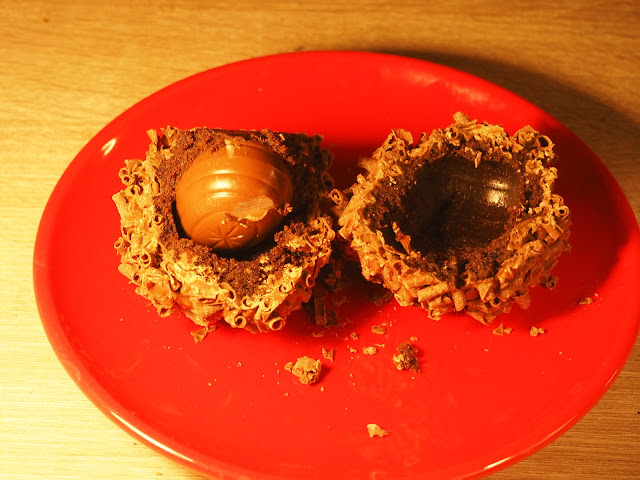 I suppose they got the idea from the Scotch egg – a cream egg in sponge with chocolate cream and grated truffle on the outside.  It was great. The sponge and the chocolate cream were so intense that I felt the store-bought cream egg would be a bridge too far, and a bit of a letdown so I didn’t crack it open.  It wouldn’t have been ‘death by chocolate,’ but it would have been close.

Posted by GeoffNIcholson at 9:42 AM No comments:

Maybe you saw the headline, "Discharge from Davidstow Cathedral City Cheese Factory Poisoned Fish.”  It’s a headline you don’t want to see regardless of whether you’re a cheese eater or a fish lover, or a fish. 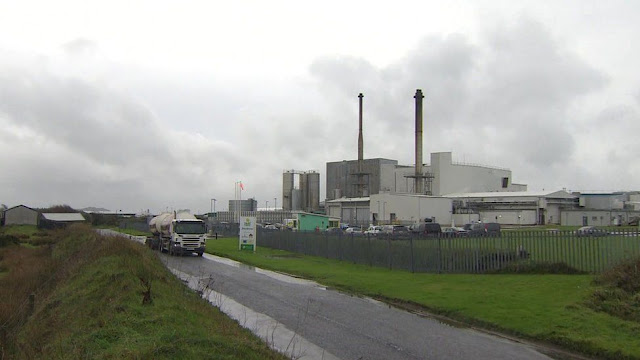 Cathedral City has always struck me as a solid but unexciting brand of English cheese, ultimately (I discover) owned by Saputo, a Canadian company. 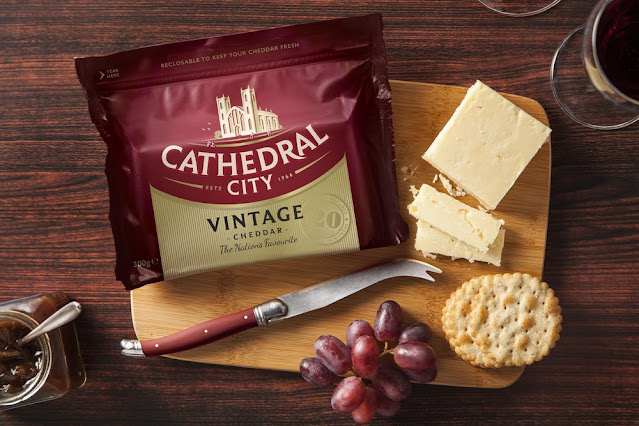 Last week they admitted 21 “pollution incidents and permit breaches” that had occurred since 2016 at the Davidstow Creamery near Camelford in Cornwall, see above.

Charges refer to "biological sludge" as well as "suspended solids" and "partially treated creamery effluent."  Two offences relate to contravening permits on odour between June 2016 and June 2020.  Locals had been complaining about the stink for years.  Sentencing will be in May.

Those that that respect the law and love cheese should watch neither being made.

Then coincidentally, a couple of days later Atlas Obscura put up a post with the headline, “13 Places Every Cheese Lover Should Visit Before They Die.”

Some of these are events rather than places, including the Stilton Cheese Rolling Race and the Cooper’s Hill Cheese Rolling in Gloucestershire, which I’m sure are very entertaining, but can they compare with the Imsil Cheese Theme Park in Imsil-gun, South Korea, described as a “32-acre fun park dedicated to all things cheese?”  Note the Swiss cheese holes in the bench supports below. 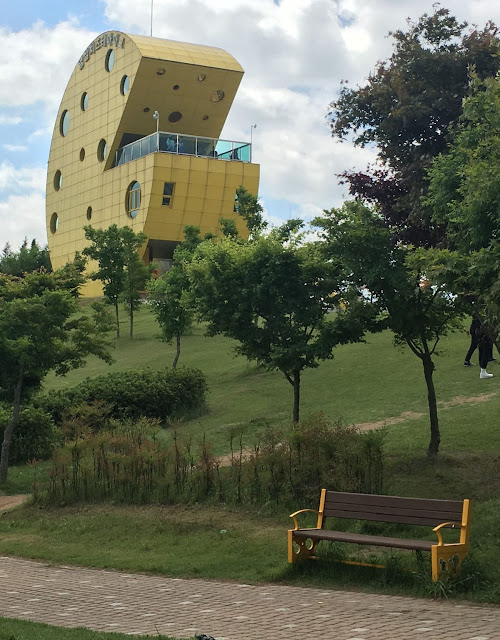 Apparently cheese was introduced to the Korean diet in 1958 when a Belgian priest (unnamed on Atlas Obscura) went to Imsil as a missionary, raised a few goats and started making cheese.  The governor of Imsil then asked him to teach cheese making to the locals, and so, as Atlas Obscura has it, “Imsil became the mecca of cheese in Korea.”  Who doesn’t love a cheese mecca? 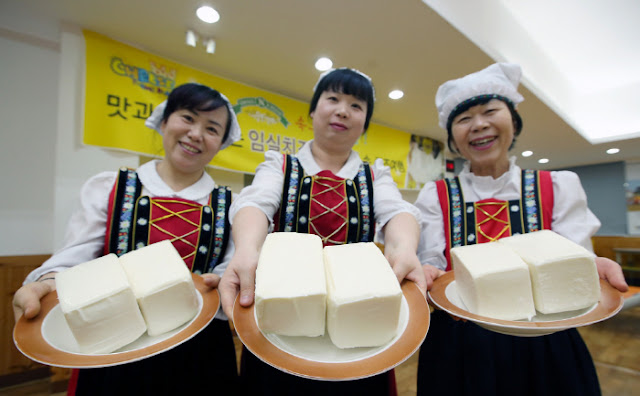 A few years back I went to a Bompas and Parr exhibition titled Scoop that featured ice cream memorabilia,vintage equipment, and advertising art drawn from the Robin and Caroline Weir collection which runs to 14,000 items, assembled over 40 years. 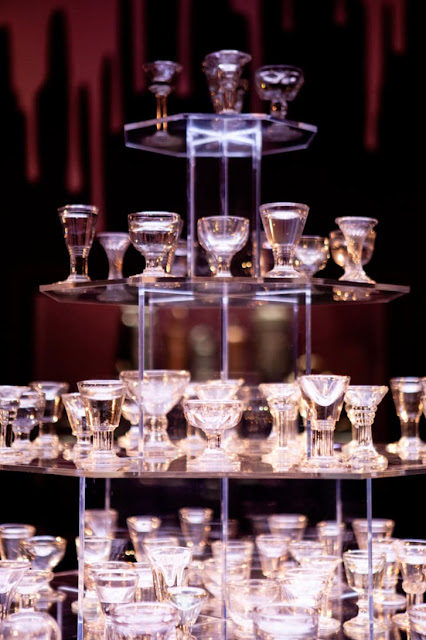 And even at the time I thought I might do the same for cheese – labels, cheese boards, cheese knives, cheese graters etc.  I haven’t really put my heart and soul into it and my own collection is growing very slowly indeed, but it does have this as a centerpiece: the cheese knife gnome. (Thanks, young Caroline). 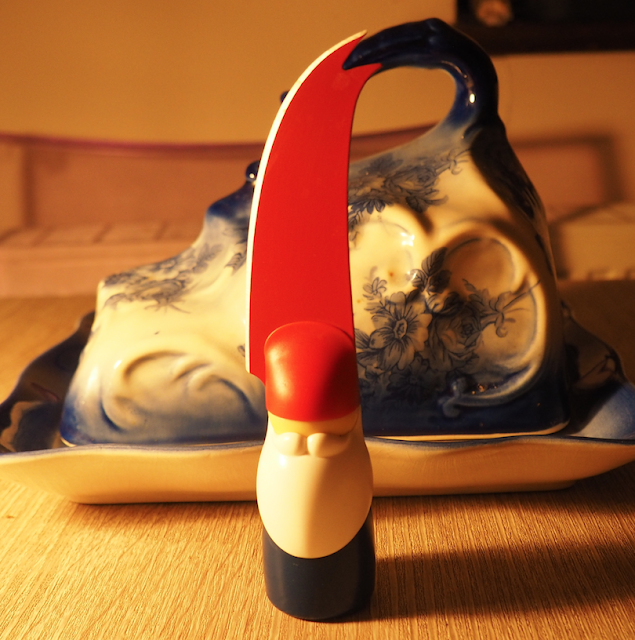 Posted by GeoffNIcholson at 11:48 AM No comments:

Do you want to see a picture of John Cage feeding Peggy Guggenheim?  Well, it could do no harm, could it? 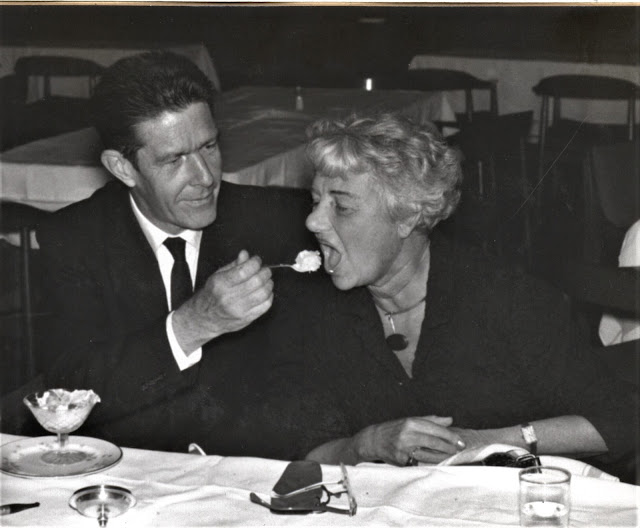 The picture comes from the website of Northwestern University with the caption, ‘In 1962, composer John Cage made his first trip to Japan on a month long tour sponsored by the Sogetsu Art Center in Tokyo. He was accompanied by a few friends including Peggy Guggenheim. The two had been close for years by the time of the 1962 tour, and Cage invited her because she had always wanted to visit Japan. In this photo, the two are seen sharing a bit of cake.’ —Greg MacAyeal.

The implication is that they’re in Japan but it doesn’t actually say so, and for that matter I’m not 100 per cent sure that’s a bit of cake - that glass looks wrong for cake.  Could it be the sponge at the bottom of a trifle?

No such ambiguity here: 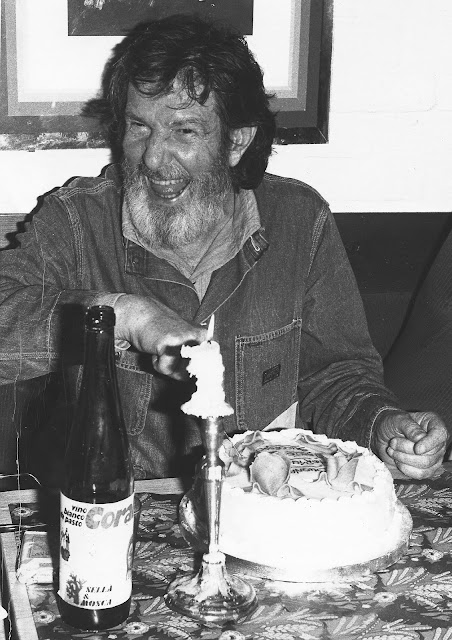 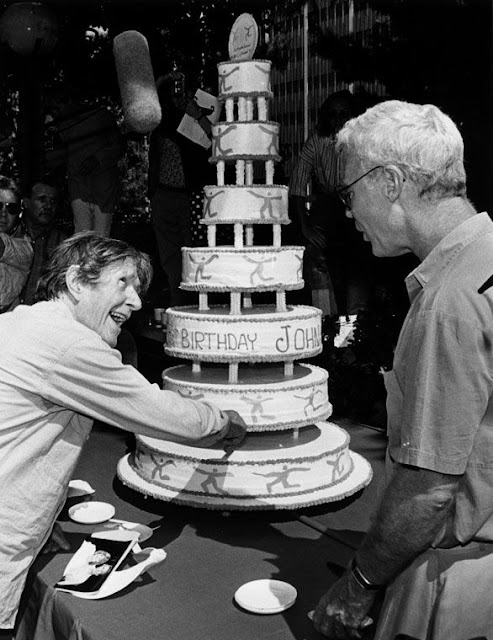 Posted by GeoffNIcholson at 7:15 AM No comments: