SANDWICH TIME IN THE WEST

Below is the “Boyle Heights” sandwich from Wexler’s Deli, in the Grand Central Market in downtown LA.  It’s really just corned beef on rye with the mustard already added but it was excellent.  And if we're being literal, my title's all wrong, Boyle Heights is very much in the east as far as LA is concerned. 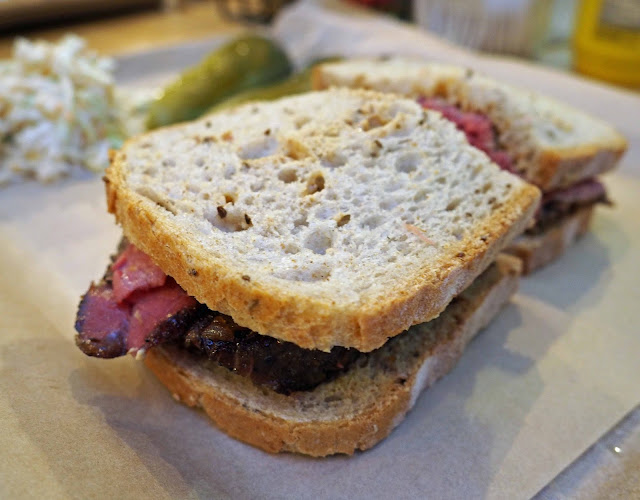 I could have had the Macarthur Park for its name, but it's basically a pastrami sandwich, and (like a Reuben) it had Russian dressing on it, and I just don’t GET Russian dressing.  Spoils a good sandwich if yer ask me.

Wexler’s Deli looks like this, below, though this is a publicity shot, and I suspect it’s rarely this empty, even if those stools without backs guaranteed you don’t stay too long. 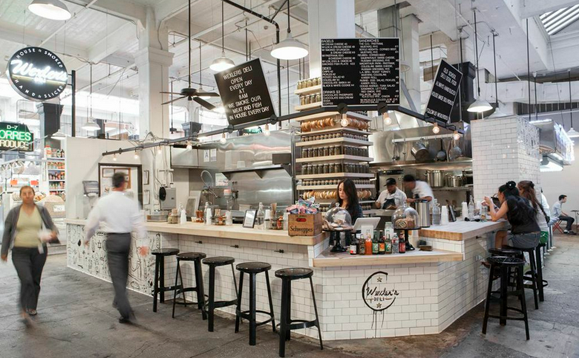 And as we sat there eating I watched an older Latino guy man in the back making the sandwiches, and he was very carefully weighing out the meat for each one.  Quality control.  Gotta say he looked a bit uncomfortable when I got out my camera to photograph the sandwich – no doubt he had his reasons

The Grand Central Market sure has been fancified since I first went there and now it has this eye-popping neon mural. 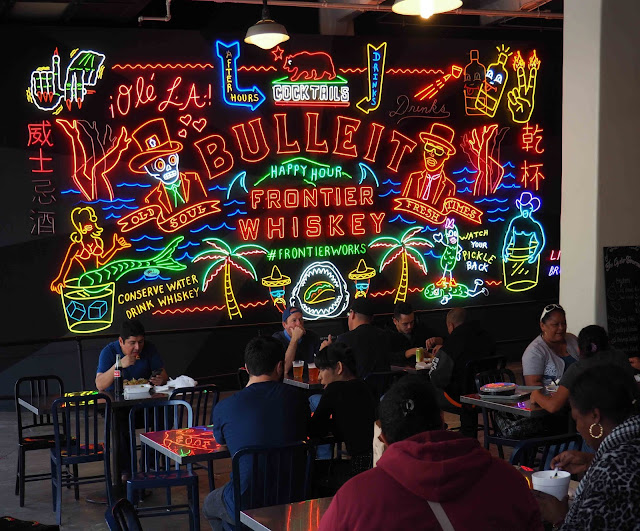 It doesn’t have the organized chaos of God’s Own Junkyard in Walthamstow, in London, but I feel fairly confident that the food’s better. 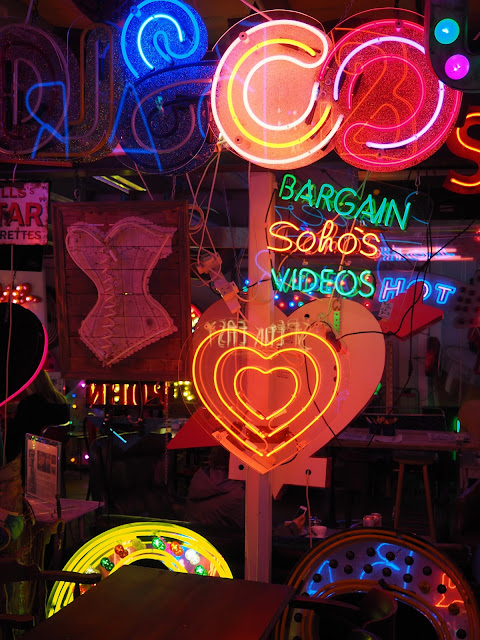 Maybe everything tastes better with neon.

Posted by GeoffNIcholson at 6:14 PM