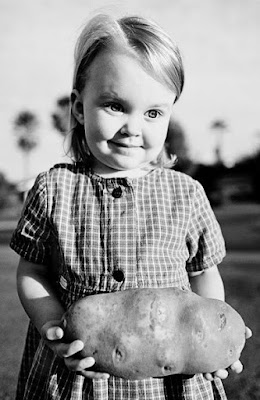 Well it seems I’m back at the trough, blogging again, if for no other reason than even when not blogging I still seem to be writing about food.

I’ve just written a piece for Tin House about food and class in England and America – and yes, yes, I know it’s a PhD topic, but I managed to cover it in 1500 words.

I’ve also been asked to write something for Lotus magazine (as in the car) on the subject of whether or not food is cool. Simple answer, yes, but they want a little more than that.

And to cap it all I got an email from Erica Zora Wrightson who asked to interview me for her occasional column “Meet Your Food Blogger” at the LA Weekly, so I guess I’m back in the game.

One of the things I read while away from the table, was an article in The New Yorker about Jon Shook and Vinny Dotolo – the guys who run the restaurant Animal in L.A.. It seems the New Yorker is very interested in LA food – what’s that about? 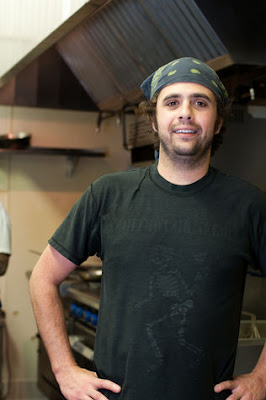 In the piece Shook talks about how he came to cooking. He washed dishes in a restaurant in his native Florida, and he loved it, because he says, “They used to feed me. My favorite dish was a mashed-potato sandwich, ‘cause they had French bread. That might have been the first time in my life I had French bread and real mashed potatoes.”

Now I can just about there are parts of Florida where French bread is unknown; but no real mashed potatoes? That’s what I call a deprived childhood. And I was reminded, obliquely, of Gene Kelly. 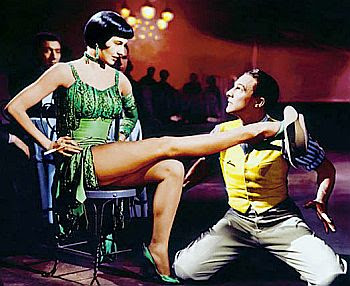 Now, I don’t know if you own a copy of the Official Special Olympics Celebrity Cookbook, the 1979 edition, but if you don’t, then you should really think about acquiring one. In it you’ll find Betty Ford’s recipe for Chuck Roast with vegetables, and Erik Estrada’s Pernil, which is Puerto Rican roast pork. 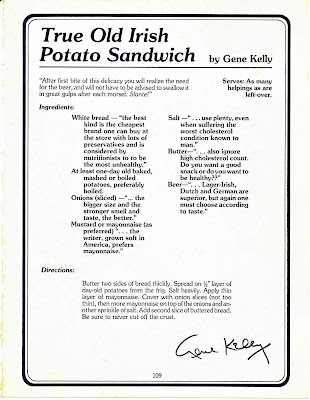 But best of all, along side these, you’ll find Gene Kelly’s recipe for True Old Irish Potato Sandwich. That's it above and if you click on it, it'll become legible. And as you'll see, he likes it pretty rough, cheap white bread, day old potatoes, onions, lot of butter and salt; eaten with a beer. Gene Kelly always looked pretty good on it, but I guess his dancing burned off a lot of calories.

And then, I found myself in LA’s Little Tokyo at the Yamazaki bakery where they were selling their own version Japanese version of the potato sandwich. 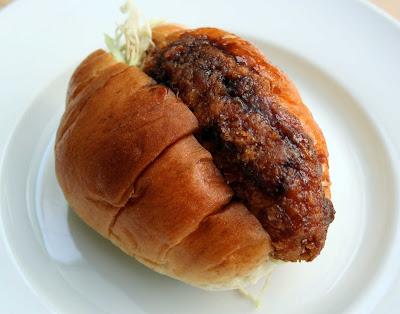 This one, illustrated above, is a buttered roll, with a potato croquette, cabbage and Tonkatsu sauce, which was sweet and sticky and I wouldn’t have been able to identify the ingredients, but various websites tell me (at least a homemade version) is a blend of ketchup, worcestshire sauce, sake, mirin, sugar, ginger and garlic, and it’s usually eaten with pork. 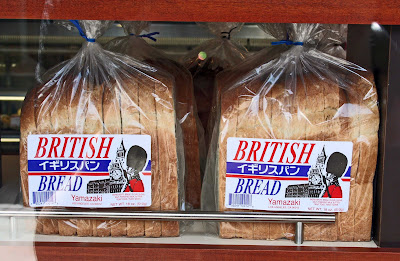 I like the Yamazaki bakery, not least because they sell something called British Bread. It bears very little resemblance to any bread I’ve ever eaten or seen on sale in Britain, but knowing that there’s a market for it, and that somebody somewhere thinks a food's Britishness might be an attraction, is incredibly endearing.
Posted by GeoffNIcholson at 5:22 PM