A couple of years ago I was vaguely and briefly in the frame to write the text for a book about cocktails.  It never happened, obviously, because if it had, I’d have told you.
The problem I had was that the project would have involved a fair amount of “research” - i.e. cocktail drinking - and I realized that when it comes right down to it, I only really like two cocktails: the martini and the gimlet.  I can slug down a Manhattan or a Marguerita without complaint, but when cocktail makers start messing with hibiscus syrup and orgeat, then my taste buds rebel pretty fast.
Of course the book would have had a considerable visual component and the great thing about a lot of cocktails is that they look so much better than they taste. 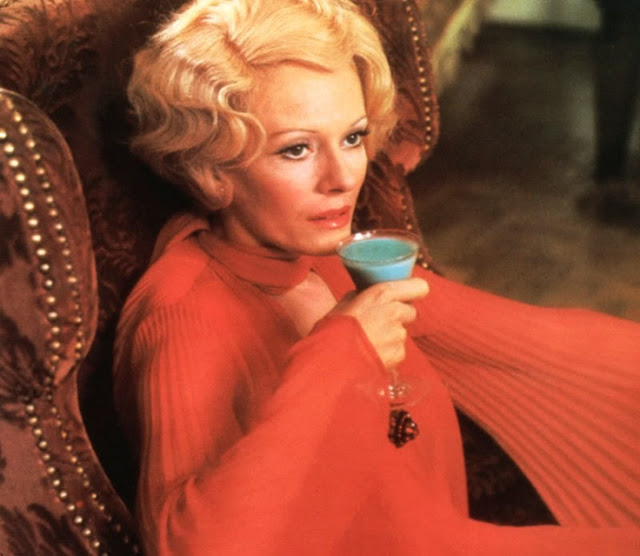 I mean what exactly is Dephine Seyrig drinking in that image above, from Daughters of Darkness? Is the drink that color just because it contrasts nicely with her dress?  I’m going to say it is. 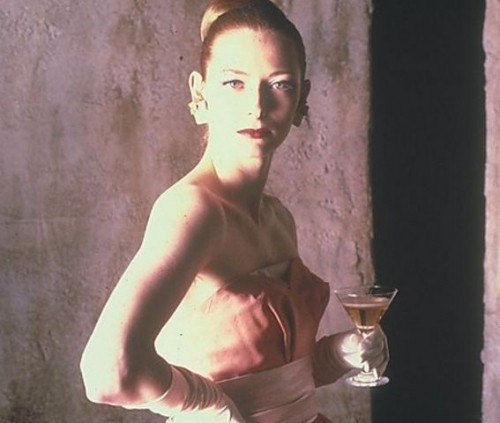 And is Tilda Swinton drinking a martini up there or not?   The color doesn’t look quite right to me and there are no olives or a twist of lemon, but she still looks good, of course.  But then she’d look good drinking an Irn-Bru. 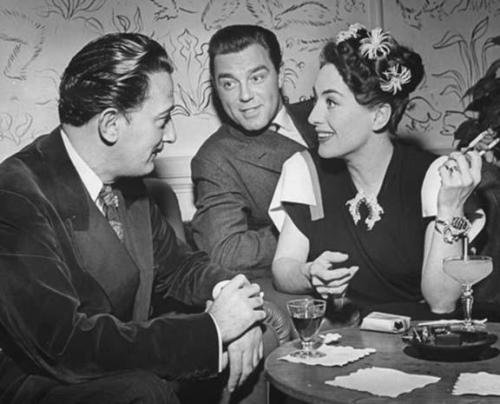 And what’s going on in the picture above?  It’s Salvador Dali with Joan Crawford; the guy in the middle is Philip Terry, Crawford’s third husband.  OK, that may be a cocktail  in front of Dali or it may be a glass of wine, but what on earth is in Joan’s glass? We may never know.
The photograph does however depict one of those rare moments when Dali looks less affected and phony that anybody else in the scene. 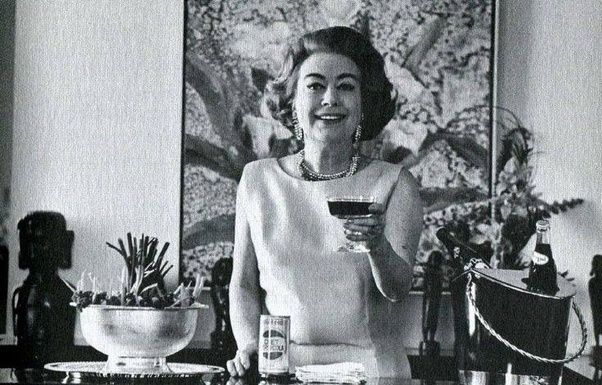 Still, whatever Joan's drinking with Dali, it’s probably better than what’s in the glass above. Ostensibly it’s just Pepsi Cola, served in a really not all that stylish vessel, but I like to think that Joan may have “cocktailed” it up with something a bit more zesty.  Hope so anyway.  I would of.
Posted by GeoffNIcholson at 7:46 PM