I had lunch last week at Loteria (6627 Hollywood Boulevard) – a place I like a lot, and it seems very successful, though I somehow feel it doesn’t quite get as much love as it deserves.  I ordered a couple of enchiladas, one cheese, one chicken, with mole poblano.  It looked like this: 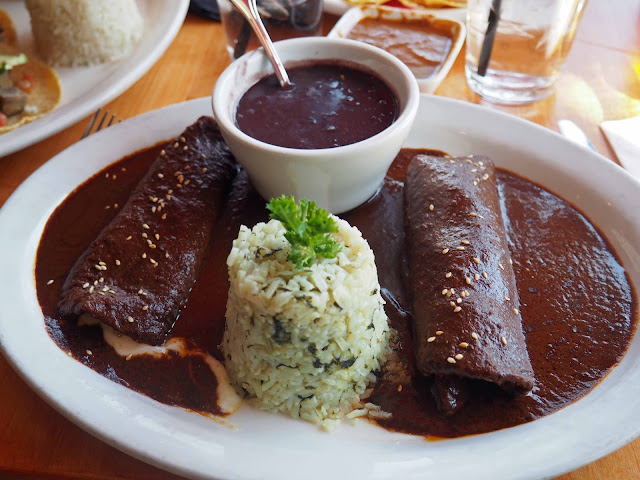 It was so dark and intense it seemed to absorb the Los Angeles daylight - which has much to do with the chocolate it contains, of course – and the result is something Huysman might have approve of.  It was great, if frankly a bit intense for lunchtime.

And then as I was leaving, a fellow from the restaurant asked me casually if I’d enjoyed my lunch, since he’d seen me take the photograph of it. 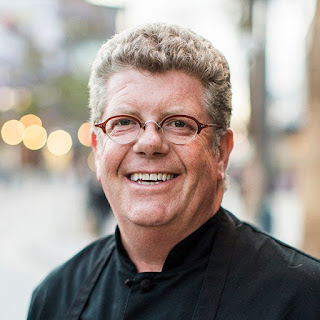 It was the cheery fellow above, Jimmy Shaw, the begetter of Loteria – born in Mexico City, he renounced a career in advertising to become a chef.  He said he’d seen me in the restaurant before, and I said sure, I come fairly often, and it’s a great place to have in the neighborhood.  He obviously knew what I’d ordered, and he said, and this may not be an exact quotation but something very like, “Mole is to Mexico as curry is to Asia.”

It sounded fair enough but when I got home I realized I wasn’t sure I knew exactly what a mole was, so I did a little digging.  It some ways it seems to be just another word for a sauce, but that doesn’t really say much.   And I found this evocative, if faintly excessive, description in Rick Bayless’s Mexican Kitchen.  “When it’s made from scratch, no matter what regional variation you’re tasting, the sauce will offer the fullness of a 20-piece dance band, the intricacies of a Persian rug and the intensity of a Siqueiros mural.”  Though frankly I’m not sure that any dish could be quite as intense as this  Siqueiros mural, especially not at lunchtime. 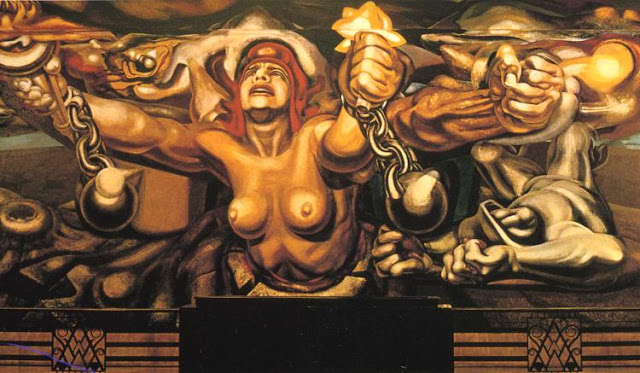 And then, life being what it is, I opened my Sunday New York Times Style Magazine yesterday and there's an article titled "Mole In Mexico" and I thought I probably ought to read that.  So I read the opening line, "The word 'mole' doesn't translate into 'infinity,' but it feels like it should."  Seems that mole plays havoc witha man's prose style.

Fortunately I also found a couple of online interviews with Jimmy Shaw.  In a piece on chefsinsight.com he said his mole has 27 ingredients, and then, “Mexican food is truly fusion food of centuries. If you think about today’s mole poblano, you think 'that’s truly a Mexican recipe.' But mole was made originally by Spanish nuns for a viceroy to showcase indigenous and Spanish cuisine together. We’re talking about 500, 600 years ago.”  This story is much repeated in the annals of mole – in some versions an angel is involved.

Well it so happened I went to another restaurant the next night – Animal (435 North Fairfax), which cooks the kind of food I love (sort of post-Fergus Henderson nose-to-tail) without necessarily always cooking it quite as well as I might wish.  With curry on my mind, I ordered the “tandoori octopus – tamarind, yoghurt, kumquat.”  It looked like this: 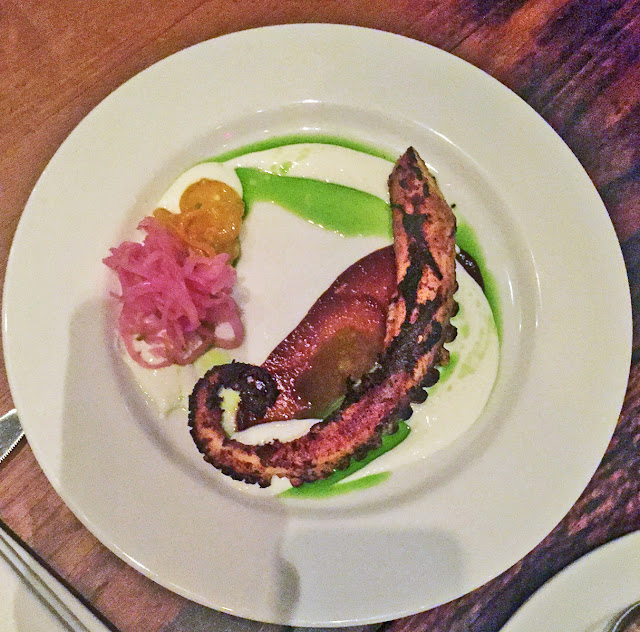 And when I got home I realized I wasn’t sure I knew exactly what a tandoori is.  I mean, I know it’s a clay oven, but not much more than that, and I’m not sure that Animal actually has one of these:

Still, looking it up in Alan Davidson, he tells us the tandoor is a bread oven originally found in the middle east.  But, and now be prepared to set your face to stunned, “Tandoor meat cookery has been popular since 1948 when a Kashmiri restaurant named Moti Mahal became a fashionable dining spot for politicians in New Delhi.  As a result Indian tandoori restaurants have sprung up all around the world.”

Only since 1948?  So - tandoori cookery is quite the Johnny-come-lately of Indian cookery, and the man behind Moti Mahal was one Kundan Lal Gujral.  This is him, another cheery fellow, apparently: 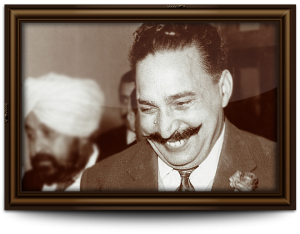 Moti Mahal Delux is now a global chain with 120 franchises.  The picture below is from their website – uncaptioned so I can’t really tell you what’s going on, but I'll bet the dialogue was lively. 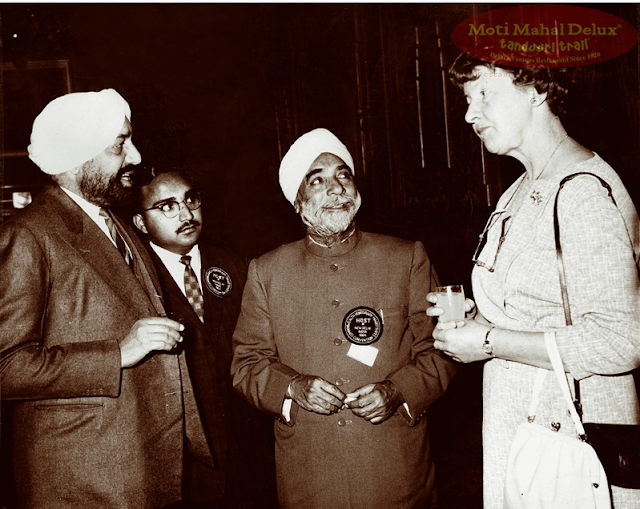 And I have no idea whatsoever of what's going on in this one: 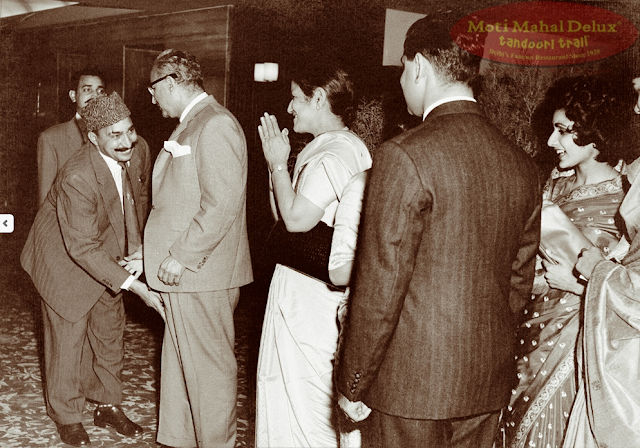 Posted by GeoffNIcholson at 3:46 PM