DRINKING IN THE WOMB 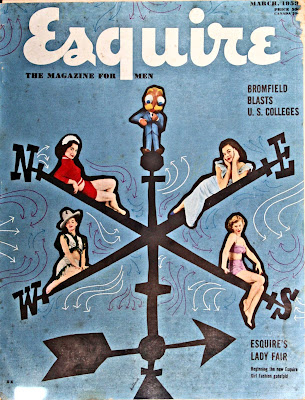 The past, as I have said before elsewhere, is another country: they eat and drink things differently there, and in any case America is not the country I was born in, so contemplating food and drink of the American past involves a double alienation.
For one reason or another, I just happened to find a copy of Esquire magazine dated March 1953: that’s it above.   The magazine is certainly from the past, but it also feels strangely “present,” since that was the month and year that I was born.
Now, for perfectly obvious reasons, I know I’m likely to find the contents of that Esquire unfamiliar but even so, as a magazine junkie and longtime student of American life and letters, the magazine was still stranger than I was expecting, especially in matters of food and drink; and the latter was obviously the far more important of the two as far as the magazine was concerned. 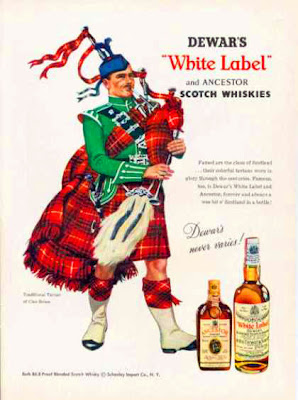 The Esquire reader, at least as imagined by advertisers, was first and foremost a whisky drinker.  There are a great many ads for the stuff, and some for brands remain familiar, while some don’t: Lord Calvert, Seagram’s, MacNaughton’s, Johnnie Walker, Old Crow, Vat 69, Dewar’s.  There are also ads for Harvey’s imported sherries and ports, and various ads for sweet sticky drinks: Drambuie, de Kuyper cordials  (12 delicious flavors including blackberry), Benedictine and Cherry Heering.

Whether the Esquire reader drank these straight or in mixed drinks isn’t clear, but certainly the evidence suggests that cocktail culture was alive and well in March 1953. I love the very elegant ad above for Gordon’s Dry Gin, and Booth’s House of Lords Dry Gin is described elsewhere as “the essential ingredient of a perfect martini.”

But the ad above is the one that really got me.  It’s for Heublein’s ready-made cocktails, which had in fact been around since 1915, and although this ad features the Manhattan, the range of ready-mades included dry and extra dry martinis, as well as the Yellowbird, the Screwdriver, the Hobo’s Wife at al.  But it isn’t the drink that appeals to me (and in fact ready-made cocktails are pretty damn unappealing), it’s the offer of two monogrammed cocktail glasses for a dollar!  There are so many reasons for wanting a time machine but going back to get your initial on a pair of classic, 1950s cocktail glasses is just about the best I can think of.
The suggestion in the magazine is that the Esquire reader ought to be eating out in restaurants: there’s a review of Black Angus on East 50th Street where you could get a sirloin steak dinner for 2 for $8.50.  But no doubt many readers couldn’t live up to the advertisers’ fantasies and probably lived in pokey little apartments.  For them General Electric had come up with this fabulous appliance: 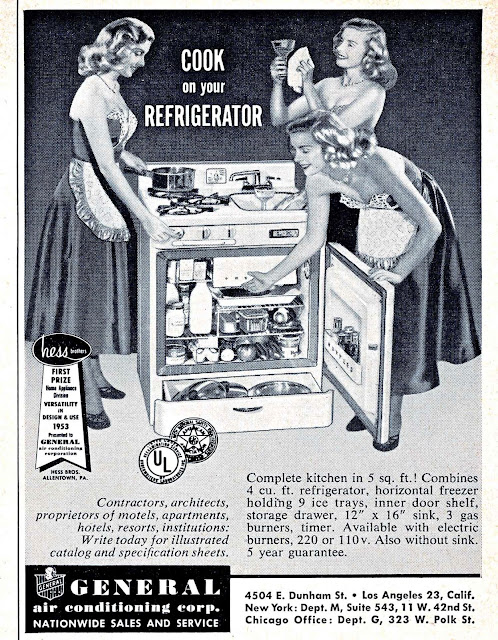 It was a combined cooker, sink, refrigerator and storage drawer, in fact “a complete kitchen in five square feet,” as they proudly say.  Here the time machine seems to have taken us into the future when women can be cloned, and three of them can hover around your “complete kitchen,” and although the one on the right with the glass in her hand may actually be doing the washing up, I’ll bet she’s a dab hand at mixing cocktails too.
Also in the issue is an article titled “How to Imbibe: A Guide to Drinking at British Bars without Fear or Befuddlement” – other ads elsewhere in the magazine suggests that  by 1953 post-war international travel and tourism was taking off again.  The article offers information about who drinks what in English pubs.  Mild ale is drunk by the working man, while the white collar classes drink light ale.  These white collar types also drink brown ale, as does  “the younger generation.”  And who drinks Guinness?  ”Women,” Esquire tells us with authority,  “especially when pregnant.”  Did I say something about another country?  Alas, the ad below does not appear in the magazine. 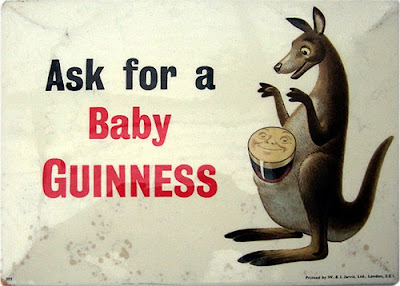 Posted by GeoffNIcholson at 3:52 PM