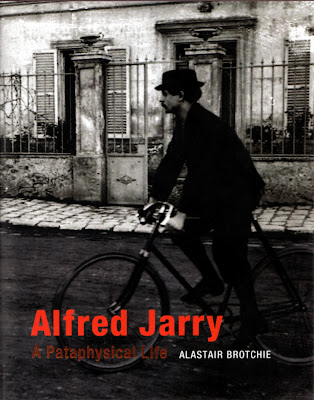 In the latest New York Review of Books, Mark Ford reviews Alastair Brotchie’s, Alfred Jarry: A Pataphysical Life.  The piece quotes a description of Jarry from “the memoirist and femme de lettres Rachilde” – the pseudonym for Marguerite Vallette-Eymery, who was also a novelist. 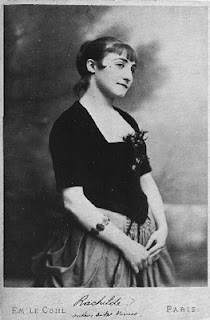 The description runs as follows: “Jarry began the day by consuming two litres of white wine, then three absinthes between ten o’clock and midday, at lunch he washed down his fish or steak, with red and white wine alternating with further absinthes.  In the afternoon, a few cups of coffee laced with brandy or other spirits whose names I’ve forgotten, then dinner – after, of course, more aperitifs – he would still be able to take at least two bottles of any vintage, good or bad.  Now, I never saw him drunk …”

Ford says, “Drinking himself to death may have seemed to Jarry an exciting aesthetic program, but it also ran in the family.” 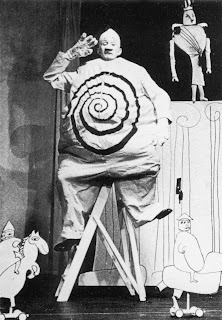 Jarry’s Ubu Roi contains these lines, an exchange between Mere and Pere Ubu, in certain English translations, aka Mama Turd and Papa Turd.
MERE UBU:  If you don’t distribute food and gold you’ll be overthrown within two hours.
PERE UBU: Food, yes.  Gold no!  Slaughter up three old nags.  That’s good enough for such swine.
In the end it would probably have been more than good enough for Jarry too.  In the earlier part of his life he was keen on fishing as a way of obtaining free food, but eventually he gave that up because “drinking on an empty stomach is more efficacious.” 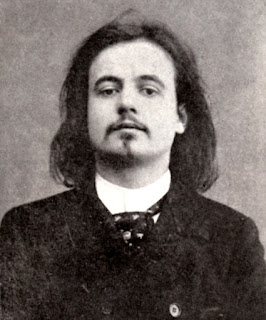 Posted by GeoffNIcholson at 1:35 PM