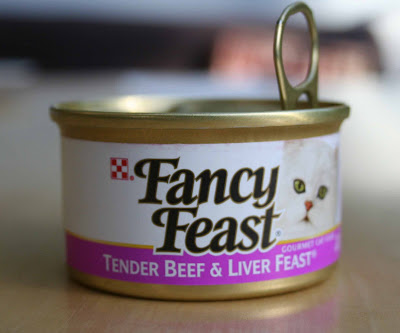 Friday’s LA Times ran an article with the headline “You’d rather eat pate than dog food? Try telling them apart.”

It described research done by the American Association of Wine Economists who fed 18 volunteers with 5 food samples, all of which looked like pate. The samples included duck liver mousse, liverwurst and Spam but one of them was Newman’s Own dog food.

Only 3 out of the 18 volunteers identified the dog food correctly. 8 thought the liverwurst was the dog food, 4 thought Spam was dog food.

I’m not sure this proves much of anything except that America is not a nation of pate eaters. I believe 18 Frenchmen would score rather higher.

I, however, am a pate eater. I enjoy cheap and cheerful pates as much as the high-end stuff, and since I make no claims to have the most sophisticated palate, I did wonder how I’d do on such a test. Also, I confess, I’d always wondered what dog and cat food taste like. 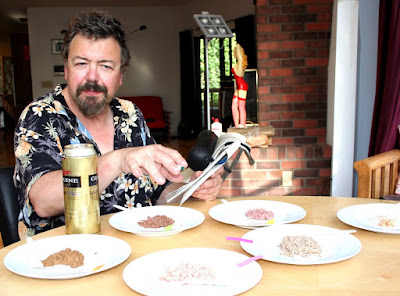 I wanted to take the test. However one dog food sample out of 5 seemed way too easy. What if you had 6 samples, 3 pates of various qualities, alongside 3 samples of dog or cat food ditto? (Actually 2 cat and 1 dog) Wouldn’t that be far more of a challenge? My wife, a tolerant and experimental woman, set up the blind test for me.

The first thing to say is that it’s very easy to make pate look like dog and cat food: no doubt the reverse is true too. And brave omnivore that I am, I admit that knowing you’re going to be eating cat or dog food isn’t a very appetizing prospect. We eat with our eyes but also with our preconceptions. I had a 24-ounce can of Miller Genuine Draft at hand to keep the palate cleansed.

Incidentally my wife tells me that watching someone eating cat food isn’t an especially comfortable experience, either.

Anyway, to cut a long story short, it was dead easy to tell the difference. I was spot on in my identifications, six out of six. And basically the ones that tasted best were the ones intended for humans. Well, duh. 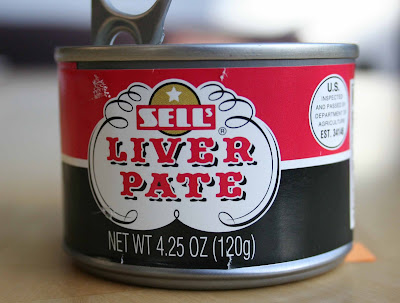 However, the best cat food - Fancy Feast Tender Beef and Liver - really didn’t taste so very much worse than the cheapest pate – Sells Liver Pate - and it would have been no great ordeal to eat the two cat foods I was presented with. They tasted a bit too strong, and they left a bitter after taste but put them on a cracker and serve them with a cornichon and they’d have gone down easily enough.

The only one that was completely gag-inducing was – perhaps you guessed – the Newman’s Own Chicken Formula For Dogs “Made With Organic Chicken.” The label lists brown rice, flax seed and kelp among many ingredients. To my palate it also seemed to contain bone fragments, sand, grit and god knows what else. 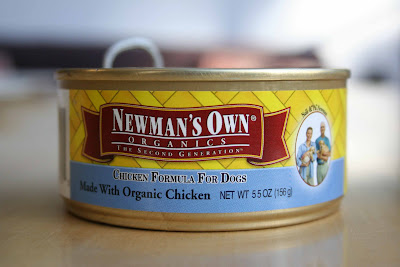 Well, this is hardy a criticism. Newman’s presumably understands the tastes of its demographic much better than I do.

As a final test we offered all 6 items to our cat – an old and fussy animal to be sure – and he wouldn’t touch any of them.

I’m sure this all proves something, but I’ll leave it to the American Association of Wine Economists – whoever the heck they may be – to decide what.

I was reminded of a passage in Upton Sinclair’s The Jungle. The hero, Jurgis, learns a thing or two about what goes on in the canning-room at Durham’s meat processing plant.

“They advertised ‘potted chicken,’ – and it was like the boarding house soup of the comic papers, through which a chicken had walked with rubbers on. Perhaps they had a secret process for making chickens chemically – who knows? Said Jurgis’s friend; the things that went into the mixture were tripe, and the fat of pork, and beef suet, and hearts of beef, and finally the waste ends of veal, when they had any. They put these up in several grades, and sold them at several prices; but the contents of the cans all came out of the same hopper.” 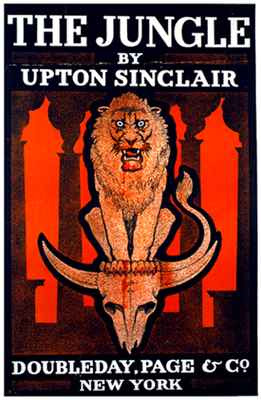 Posted by GeoffNIcholson at 9:51 AM