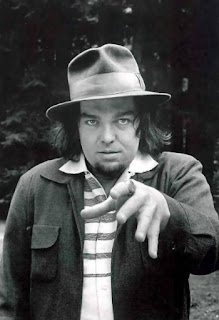 So it’s goodbye to Don Van Vliet, who in a sense said goodbye to his own musical alter ego as Captain Beefheart nearly 30 years ago, and became a painter.  But that doesn’t mean people have stopped listening to or being influenced by his music, and I don’t imagine they will now. 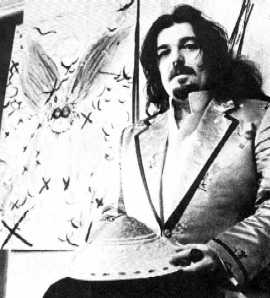 Elsewhere in Psycho-Gourmet we’ve celebrated such Beefheart songs as Hair Pie, Kandy Korn and Big Eyed Beans from Venus, but in searching around his various obituaries and appreciations I’ve discovered he had a certain amount to say about food, much of it eccentric if not exactly psychotic.  Such as:
In a 1971 interview, "Why would (anyone) want to label themselves?  I say, ‘Lick My Decals Off, Baby!’ I'm not interested in making any new mustard or ketchup. I make very good mustard." That's the Lick My Decals Off band below. 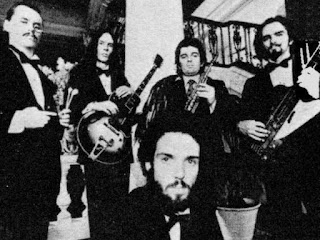 At the time of the moon landing he said, "They're about to poke their genitals into our cream cheese moon right now. “
In 1973 he expressed disapproval of putting whale meat in dog-food. "Dogs don't want to eat whale meat. [They] can't go on the ocean."
That same year, in Oui magazine, he said of himself, “I was like an egg rolling through time until I was 24. Then the egg cracked and I popped out." 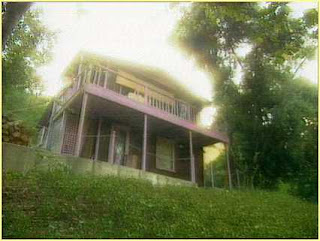 He also famously locked the Magic Band, Trout Mask era, in a house in Woodland Hills (that's it above) and deprived them of sleep and food until they played the way he wanted them to.  I always thought that sounded apocryphal but it seems to have been more or less true.  The band shoplifted food, and Frank Zappa helped them out occasionally, so the depravation can’t have been total.
We all know that musicians tend to be intransigent types, but I’d have thought that a sleepless, hungry musician would be less rather than more likely to follow instructions, but what do I know? 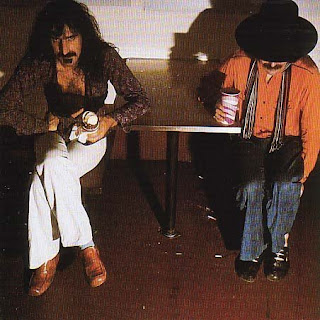 I haven’t been able to find a good picture of the Captain eating anything.  There he is above on the cover of Bongo Fury, and I guess there must be something consumable in that paper cup but who knows what.  Here, not much better, is the great man posing with a coffee cup.  Maybe there’s even coffee in it. 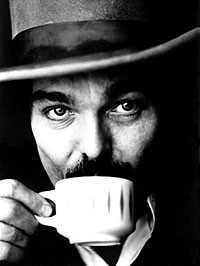 Oh and of course, I almost forgot (how could I?) it was Beefheart who said, "There are 40 people in the world and 5 of them are hamburgers."

And above all of course, of course, "I may be hungry but I sure ain't weird."
Posted by GeoffNIcholson at 4:53 PM