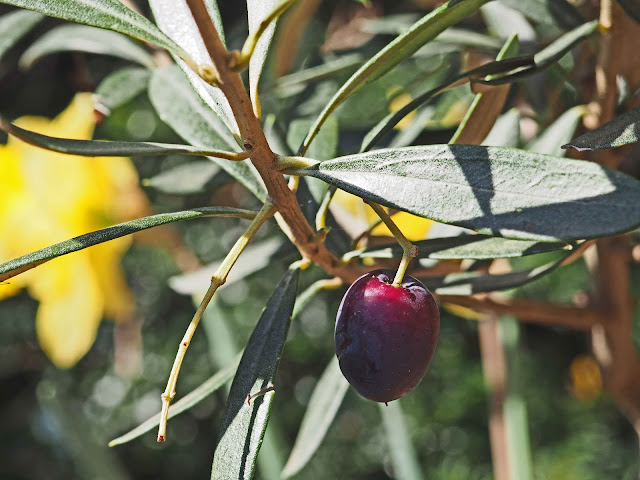 Last year's last olive, with this year's daffodils in the rear - none of them strictly edible.
Posted by GeoffNIcholson at 9:08 AM No comments: Links to this post

The oysters don't even know there's a crisis. 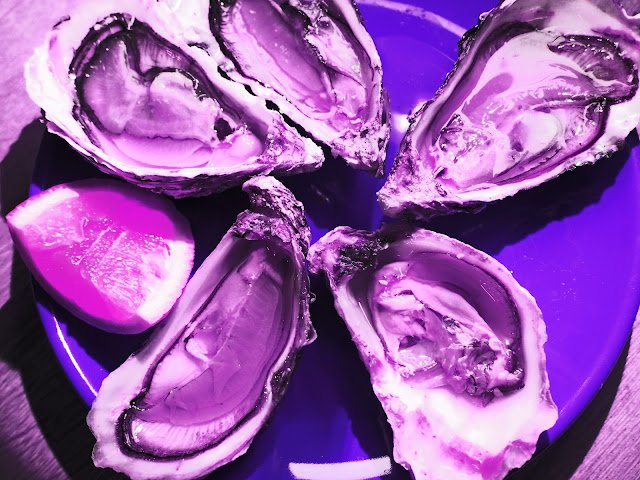 Posted by GeoffNIcholson at 12:56 PM No comments: Links to this post

Email ThisBlogThis!Share to TwitterShare to FacebookShare to Pinterest
Labels: Oysters 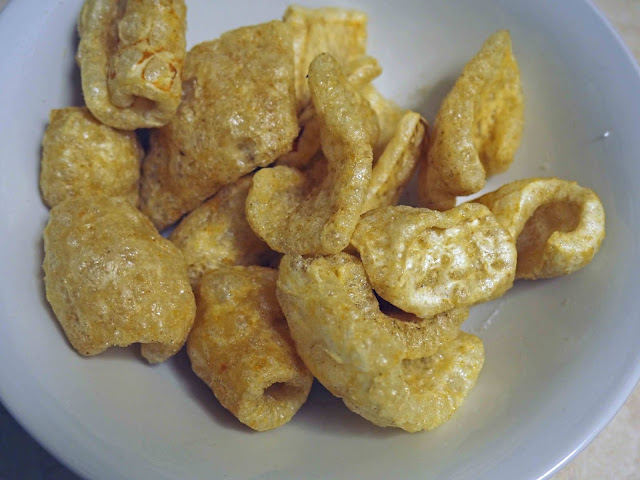 If you’ve got to panic-buy and stockpile something, and it appears that you do, then why not pork crackling?   They do have a long shelf life.  The 'sharing,' of course is optional. 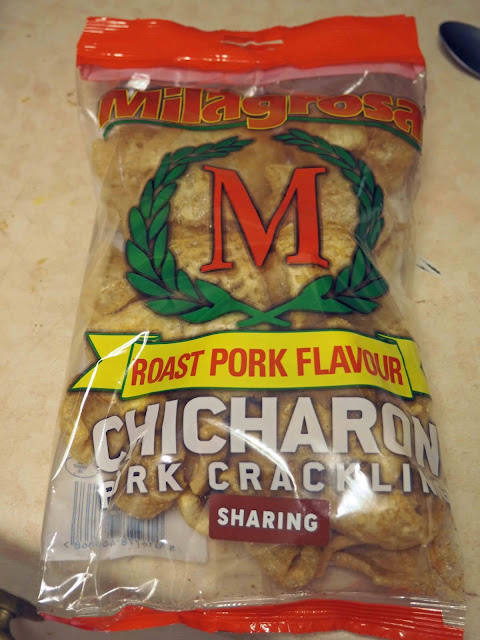 The above, I think, are of Filipino origin (they were certainly bought in a Filipino supermarket, but the packaging was pretty vague), and what the Filipinos don’t know about pork isn’t worth knowing.

Incidentally I do think that roast pork flavour is the very best flavor for pork crackling.
Posted by GeoffNIcholson at 9:37 AM No comments: Links to this post

The last line - does the fact that has no SPECIAL girl friend mean that he has lots of not-so-special girlfriends? 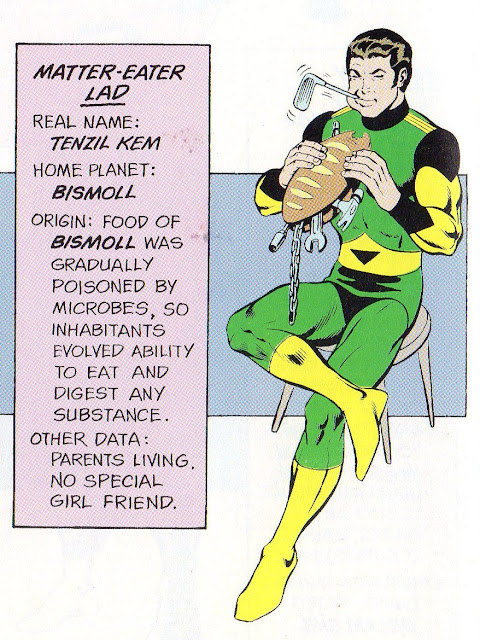 Posted by GeoffNIcholson at 3:23 AM No comments: Links to this post 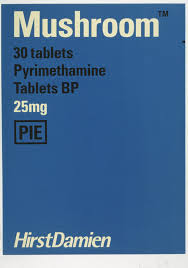 I, of course, am guilty of the first of these, but I’ve never, ever wanted to open a restaurant, and it strikes me that the non-professionals who do it must be more or less insane.  Which brings me to Damien Hirst. 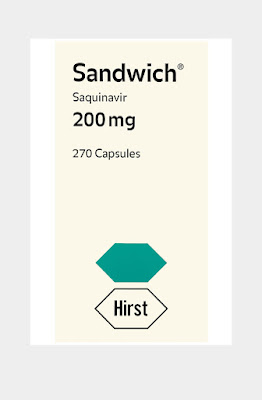 There’s a lively interview with him in the current Idler.  Much of it is actually agonized boasting – he lost so much money because he HAD so much money to lose, and he has indeed opened a restaurant or two.

Hirst says, ‘I remember there was a restaurant of mine that was losing £20,000 a month and I went there and looked at the people eating dinner and I thought: “You c***s.  I’m paying for your food.”  Possibly this is how many restaurant owners feel. 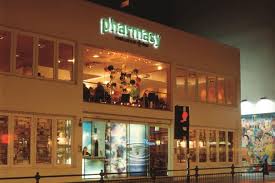 I imagine, though I’m not sure, that Hirst is talking about Pharmacy, the restaurant he opened in Notting Hill in the late 1990s.  I walked past it once in a while when it was open, and I used to think it looked like an interesting place, and it was full of Hirst's art, but it never occurred to me that I would actually want to go there to eat, and I didn’t.  Obviously some others did, but maybe not enough of them, or maybe there were other problems with the business plan.

Digging, around I find that when Pharmacy opened, the Royal Pharmaceutical Society threatened legal action under the 1868 Medicines Act, on the grounds that people might confuse the restaurant with an actual pharmacy.  This sounds pretty bogus to me – I’d guess they just wanted attention - but naming restaurants is a tricky business. 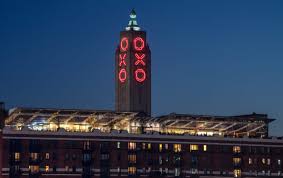 I did, however, once eat at Elaine’s in Manhattan, and was amazed to find Elaine was actually there. 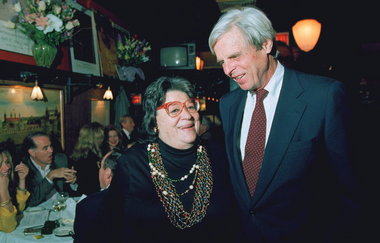 Posted by GeoffNIcholson at 8:40 AM No comments: Links to this post

ONE AFTERNOON A SLAVE 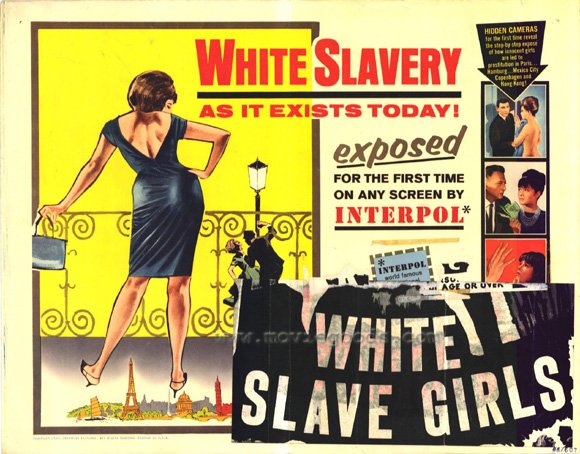 If it’s a Sunday afternoon and a man is in possession of sherry, gin, prosecco, an egg, and a copy of The Savoy Cocktail Book, there’s nothing to stop him following the recipe for a White Slave cocktail, a drink that wasn’t in the original 1930 edition, but can be found in the 1965 version.

The instructions say use equal quantities of sherry, gin, prosecco, and the white of an egg, and then ‘Shake well in ice and strain into a medium-size glass.’

Well, this is madness of course.  Shake prosecco ‘in ice’ and you’ll get an exploding torrent of prosecco. So I shook the other ingredients and added the fizz at the end, which any sane person would do. 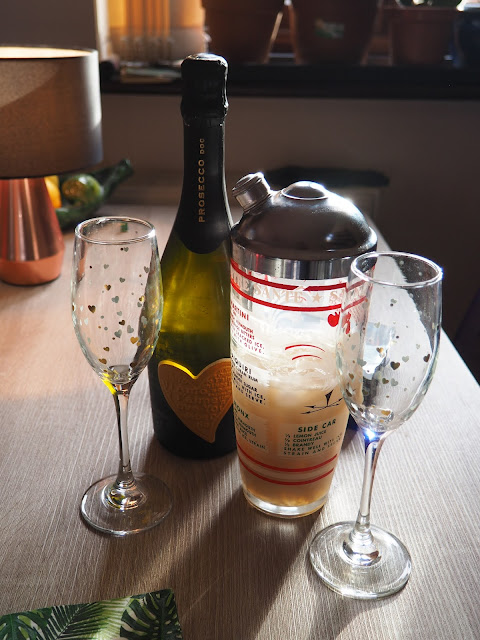 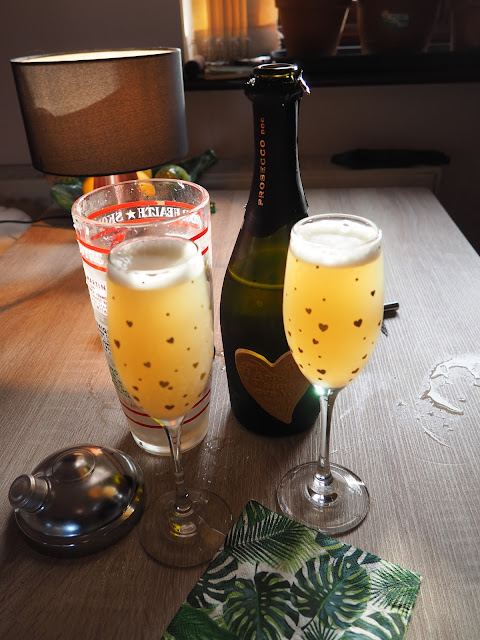 It wasn’t bad at all, if not especially enslaving.  However, and this is something I don’t say very often, it could have used a little bit of sweetness, no doubt from the sherry.  I used amontillado – partly in honour of Edgar Allan Poe - but I might have used something less dry. 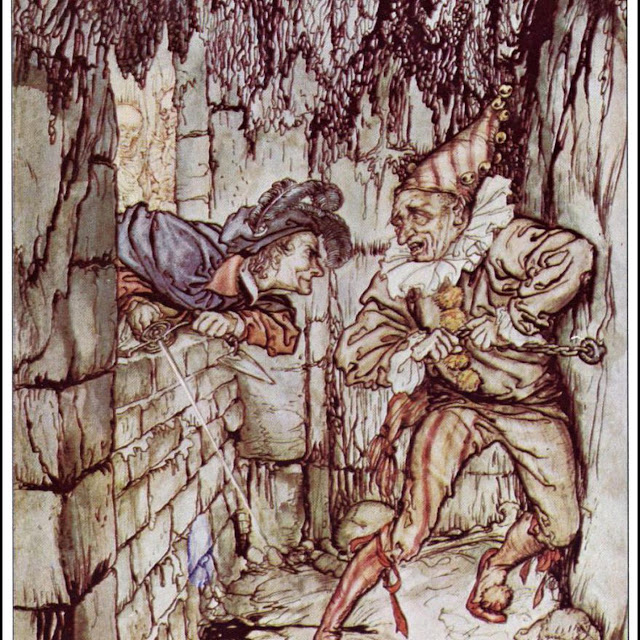 I don’t suppose white slavery is better or worse than any other kind of slavery, but – while being very respectful - I did give a thought to Tom Bullock, the legendary black bartender at the St Louis Country Club, in Missouri, not a slave at any time as far as we know, but author of The Ideal Bartender, published in 1917, 13 years before the first Savoy Cocktail Book. I wondered whether he gave a recipe for a White Slave – but no.  It would have been very surprising if he had. 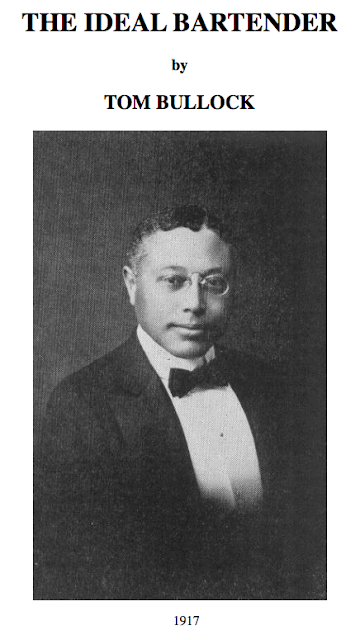 His book however does have a recipe for the Diarrhea Draught (which I must say I read at first as  Diarrhea Delight, but that's me all over): and I suppose it's a cure rather than a cause of diarrhea, but I haven’t made one as yet so I can't be absolutely sure. 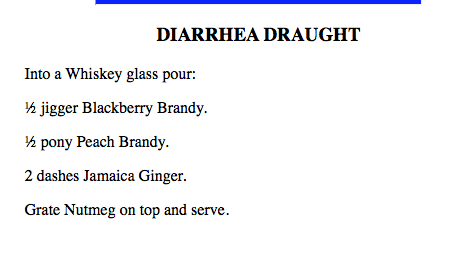 Posted by GeoffNIcholson at 10:44 AM No comments: Links to this post

My favourite ever receipt from a supermarket, in London. 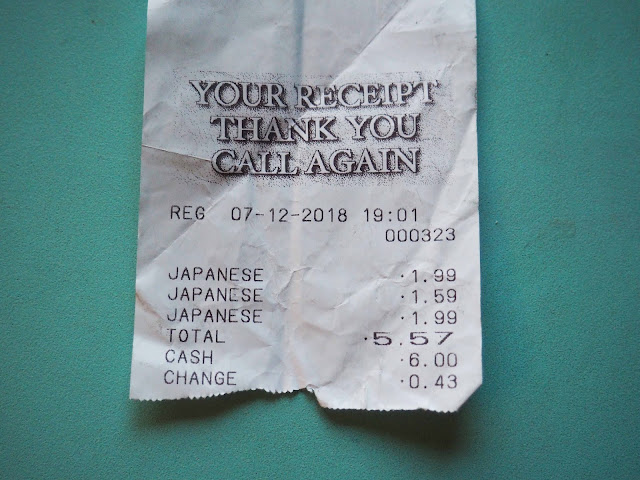 Posted by GeoffNIcholson at 11:34 AM No comments: Links to this post