I’ve been thinking about bananas and sex. Clearly many others have thought about it before me. 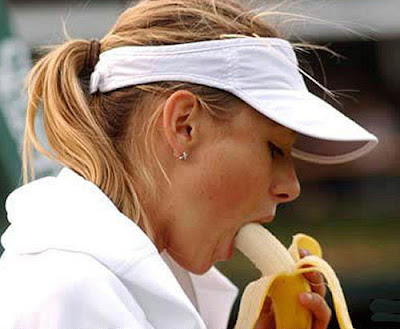 Bananas, obviously, are the most phallic of fruit, but that doesn’t necessarily make them very sexy, and it certainly doesn’t make them sensual. There’s something so obvious and absurd and laughable about the banana’s phallicism that it becomes a sort of jokey, knee-jerk shorthand for food and sexuality, rather than the thing itself.

If proof were needed here’s the album cover for Millie's "Time Will Tell." 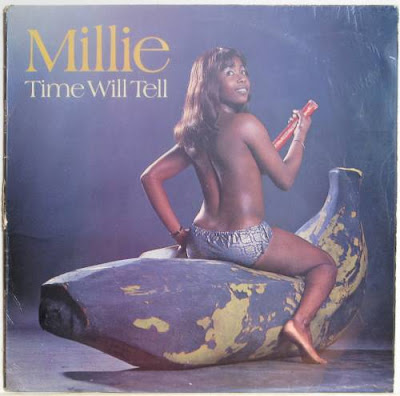 You may remember Millie from such hits as, in fact her only hit, “My Boy Lollipop” which came with its own special notion of phallic/oral sensuality.

Album cover design is always a minefield, but I think Andy Warhol, perhaps inevitably, did this sort of thing as well as anybody is ever going to do it. The banana on the cover of the Velvet Underground album seems, sure enough, to be very jokey. And yet it’s such a knowing joke, and the image is so hard-edged and contrasty, and I guess you might say butch, that it’s sexy nevertheless. 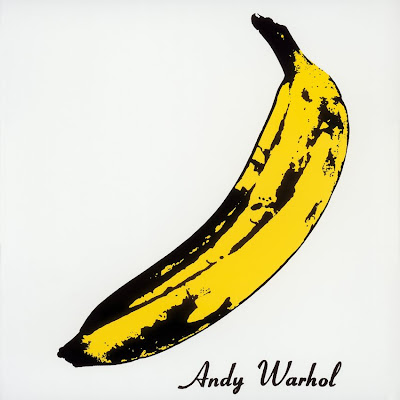 I grow bananas here in my garden in LA. I bought a banana plant at a local nursery, stuck it in the ground and we’ve had bananas ever since. Our plant produces bananas that are smaller and straighter than the ones sold in stores, and they all come ripe at the same time at which point there are far more of them than anybody can possibly have a use for. See: you start talking about bananas and the smutty innuendos come thick and fast (see: again).

But I still don’t think they’re all that sexy. On the other hand, also dangling from the banana tree in my garden is this thing: 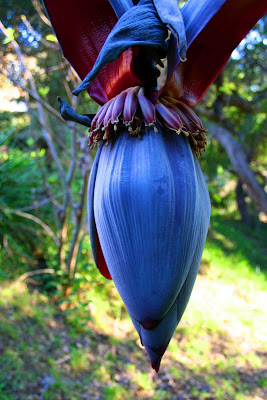 It’s the group of flowers or more correctly the inflorescence that dangles down underneath the bunch of bananas. And of course I give myself away here, but it seems to me there’s something so dark and sensual and decadent and vaguely corrupt about it that it makes an actual banana seem unbelievably boring and vanilla, and really not very sexy at all.

Of course, I have to admit, you can't actually eat it.
Posted by GeoffNIcholson at 6:44 PM