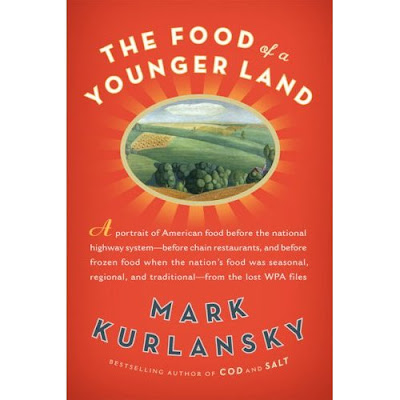 I’ve been reading an advance copy of “The Food Of A Younger Land,” edited by Mark Kurlansky (he of Cod and Salt fame). It’s a selection of pieces commissioned by the Federal Writer’s Project in the 1930s for something that would have been called “America Eats” if it had been completed at the time. Writers went off all over America and sent back reports on local eating habits and traditions; but the plan was abandoned and the results never published till now.

The book’s full of wonders. The past seems to have a great place to eat, chiefly because regional food was genuinely regional. And so we have pieces on dishes and ingredients such as South Carolina chicken bog, Kentucky burgoo, and the Washington state geoduck clam, which my wife, a Seattle native, pronounces “gooey-duck.” The last time we were in Washington I was desperate to try a geoduck, but I couldn’t find one for love or money. These boys below had no such problem. 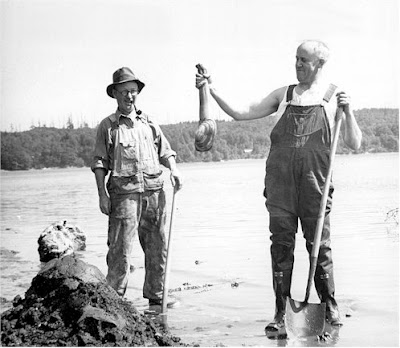 Eating also seems to have been much more of an event back then, so we have descriptions of a California grunion fry, a Minnesota booya picnic, a menudo party in Tucson, and something called a Georgia Coca-Cola party, which sounds like a euphemism for something very racy but apparently wasn’t. Young ladies of a certain class would meet at eleven o’clock in the morning and make a lot of fuss about having an iced Coke.

And speaking of Coke and fuss, there’s a section in the book, not attributed to any author, of “New York Soda-Luncheonette Slang and Jargon.” You probably know the sort of thing, terms that waiters would yell out to their cooks, “Adam and Eve on a Raft – wreck ‘em!” for scrambled eggs on toast, and so on.

For some reason New Yorkers needed quite a few slang terms for Coke. On the list are “Sheet One” for a plain Coke, “Paint it red” for a cherry Coke, “a deep one through Georgia” for a Coke with chocolate, and “one with dynamite” for a Coke with ammonia (eh?).

But far and away the best is “Watson, the Needle.” The Watson is surely Dr Watson, and the needle is presumably for Sherlock Holmes so he can inject himself with cocaine; coke. I can’t help wondering whether the writer was getting creative here and made that one up himself. 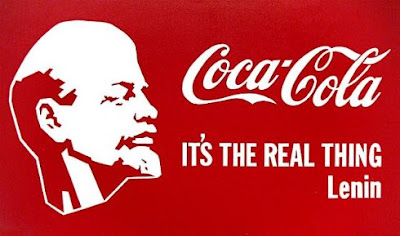 Kurlansky’s book has as its epigraph the famous quotation that includes the impeccable piece of advice, “Never eat at a place called Mom’s,” which it attributes, accurately I now know, to Nelson Algren’s 1956 novel A Walk On The Wild Side. (Algren was employed by the FWP.)

But I’d always thought it was a quotation from Edward Abbey, and a lot of people in cyberspace think so too. And we’re not completely wrong. In Abbey’s The Monkey Wrench Gang he puts the words in the mouth of “Seldom Seen” Smith who’s quoting a piece of advice given to him by his father. So maybe his father was quoting Algren. I guess fictional character are allowed to be plagiarists.

The complete Algren quotation runs "Never play cards with a man called Doc. Never eat at a place called Mom's. Never sleep with a woman whose troubles are worse than your own.” Since Algren had a long and difficult affair with Simone de Beavoir, it’s not clear that he followed his own advice. Below, Simone dines with Nelson's rival.

Posted by GeoffNIcholson at 1:57 PM