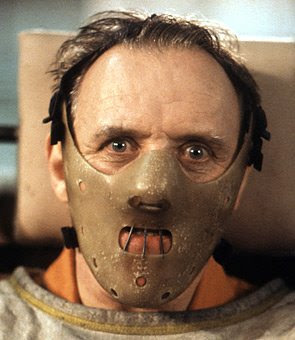 The two great fictional psycho-gourmets who immediately spring to mind are Hannibal Lector from Silence of the Lambs and Patrick Bateman from American Psycho.

Actually I have my worries about Lector’s gourmet’s credentials. Yes, human liver may be a special delicacy, but fava beans and Chianti don’t strike me as very sophisticated. Why not quinoa and Crozes-Hermitage? Maybe Thomas Harris doesn’t have much faith in the sophistication of his readers. 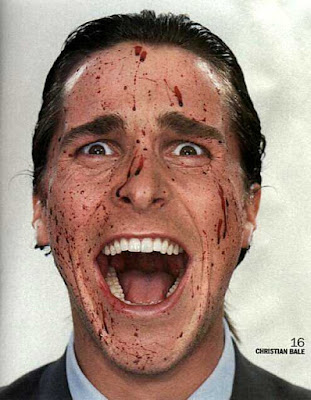 Some of the dishes served in American Psycho are pretty hilarious: radicchio with free-range squid, monkfish ragout with violets, shad-roe ravioli with apple compote. I take it these are author Bret Easton Ellis’s satirical inventions, but given the exoticism of New York restaurant culture in the 1980s, it’s possible that some restaurant was actually serving them, especially after they’d read the book.

Years ago I interviewed Bret Easton Ellis for an English newspaper. We met in a London hotel bar and he obsessively ate those sweet Japanese rice crackers.

Then, earlier this year I found myself on the same table as him for an art world dinner at Lucques restaurant in Los Angeles. 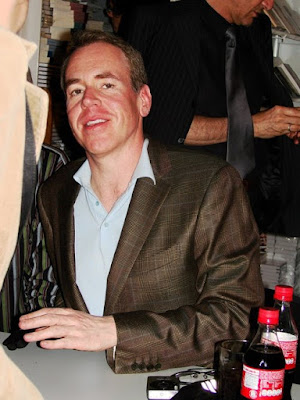 On the basis that you should always try what you’ve never eaten before I ordered “kampachi crudo with cucumber yogurt, watercress, mint, fennel and pistachio.” I’d never heard of kampachi and especially given the crudo, it sounded like something Ellis might have made up. Now I hear that kampachi is just about the most wonderful fish in the world, sustainably open ocean grown on environmentally friendly fish farms, raised without growth hormones, antibiotics or genetic engineering, with no detectable levels of mercury, and rich in heart-healthy Omega-3 fatty acids. I’m quoting here, obviously.


Incidentally, the restaurant Luce in the InterContinental in San Francisco currently serves a dish of kampachi crudo with lemon verbena and fava beans.
Posted by GeoffNIcholson at 2:32 PM