A MOUTHFUL OF AIR 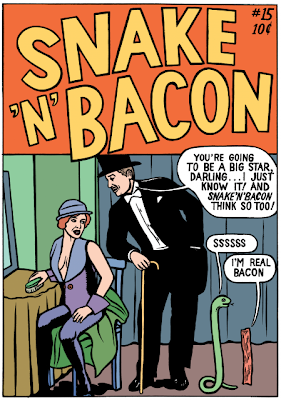 I just got an email from Michael Kupperman; humorist, cartoonist, anglophile, provocateur and all-round good egg, and creator of Snake and Bacon – a fine gourmet combination if ever there was one.

On the subject of royal eating he tells me that in later life, when Edward VIII and Wallis Simpson went out to eat in public, she would silently mouth the alphabet in his direction to give onlookers the impression that they were talking to each other.

Since Edward was no longer a royal by then, I suppose it didn’t matter whether or not anybody saw him eating. 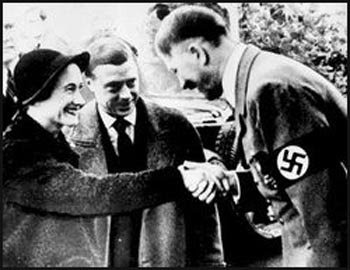 Posted by GeoffNIcholson at 4:32 PM