Before we finish with currywurst, possibly forever, my Berlin correspondent Susanna Forrest directed me to an article she wrote for momondo.com.  She writes:  “Currywurst und Schampus in the Saturday Kollwitzplatz market have elevated Berlin's humble signature dish … into something ludicrously sophisticated. The pommes are served with truffle mayonnaise, and my pick, the "Spezial Currywurst" with creamy mayonnaise and raw red onion, is almost too rich to snarf.”  Interesting use of “almost” there.  This is her picture of it: 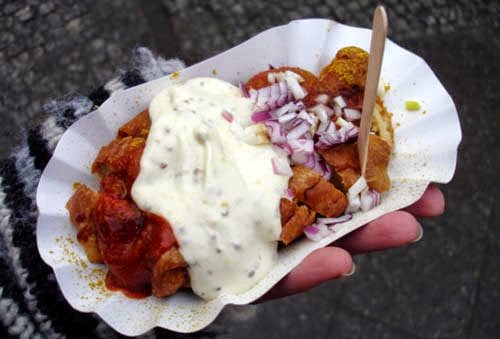 She continues; “The ritziest wurst on offer is their 5€ Currywurst Gold, spiced with 22k gold leaf. Which is just silly. I don't dare eat it in case the next anti-yuppie demo in the Kiez lobs Molotov cocktails through my bedroom window.”  The internet suggests that there’s quite a bit of gold-inflected currywurst about, like these two: 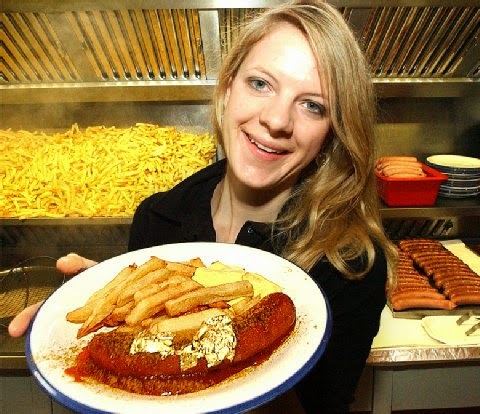 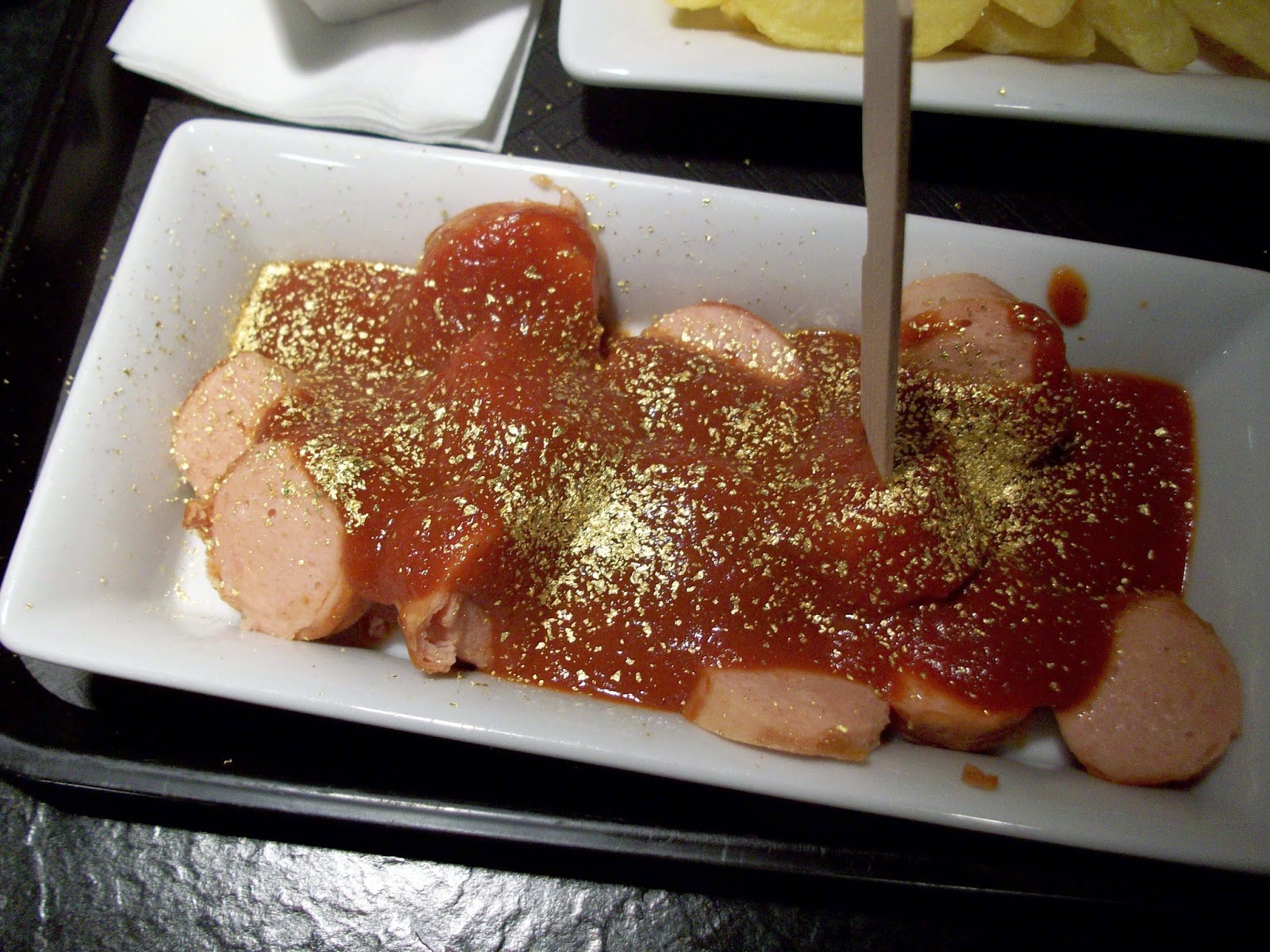 And if the one in the Kollwitzplatz market is really only 5€, then it’s still cheaper than the gold-free version I had in LA.

I realized, and it wasn’t exactly a stunning revelation, that I’ve never knowingly eaten gold-leaf.  I was going to say I’d never tasted gold-leaf but then I don’t believe anybody has actually tasted it: see below.  In an interview in the Independent Sam Bompas (of Bompas and Parr) was asked about his “store-cupboard essentials.”  He said, “24-carat gold. It costs around £25 for 25 sheets. It doesn't have any flavour, but it makes for the most over-the-top desserts – it sparkles and is quite magical.”  Only a fool would argue with Sam Bompas. 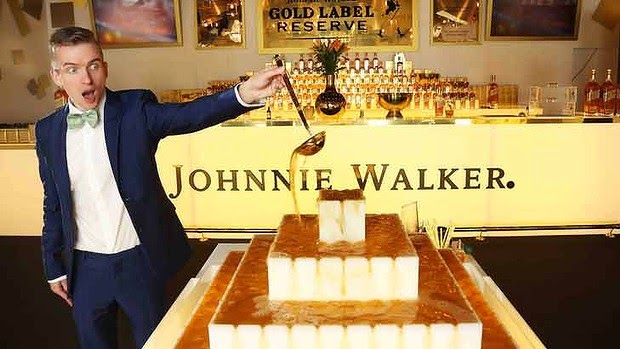 I recall, a long time ago, being interviewed in my horrible, tiny London flat by a journalist from the Yorkshire Post.  A bad idea.  And it so happened that I’d cut out this image out and stuck it up on noticeboard in the kitchen: 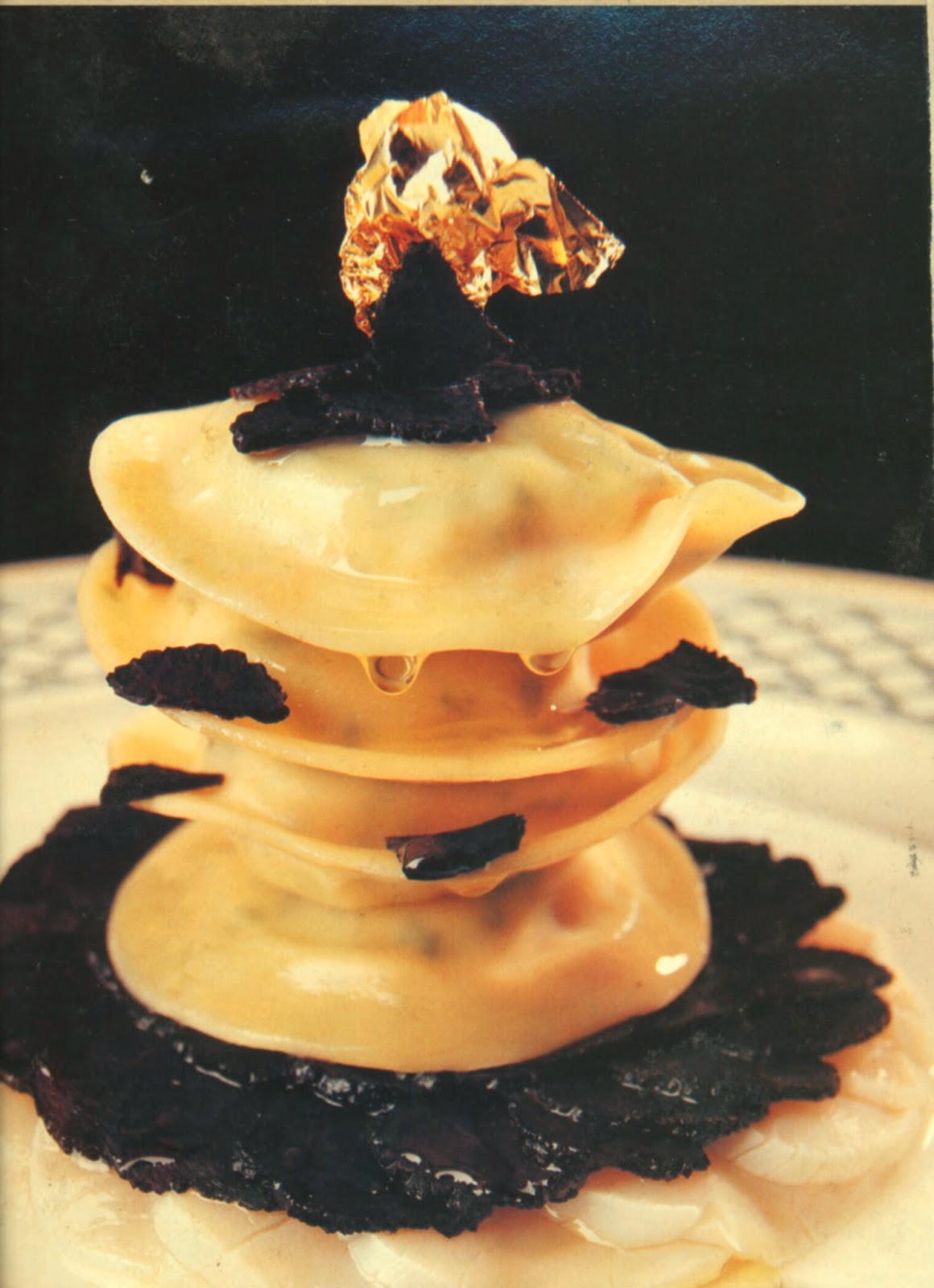 In fact it’s ravioli of scallops cooked by Garry Hollihead of L’Escargot, vermouth whole fresh truffles are also involved.  I still have the cutting to this day, obviously.  And I could see the journalist was fascinated by this, and was writing the piece in his head; “Humble writer lives in squalor but dreams of food covered with gold-leaf.”  This was not true – I’d cut the picture out because I found it so absurd.  But possibly the journalist had something worse in mind, “Humble writer lives in squalor because he’s spent all his money on food covered with gold-leaf.”  This was not true either.  At the time my idea of a lavish night out was a meal at a dodgy Greek restaurant in the Harrow Road.  Gold-leaf was not in evidence there, and even if it had been, I doubt whether it would have been enough to make their moussaka seem magical.

Posted by GeoffNIcholson at 6:54 PM