Some people, i.e. anybody with a grain of sense, find themselves offended by the crassness of the souvenirs available in the gift shop at the 9/11 Memorial Museum in New York: hats with the FDNY symbol, cuddly stuffed dogs with a search and rescue bandanna around the necks, and so on.   Some people, of course, are offended by the mere existence of a gift shop at the site.  I am prepared to be counted a member of both groups, without being much surprised by any manifestation of human crassness. 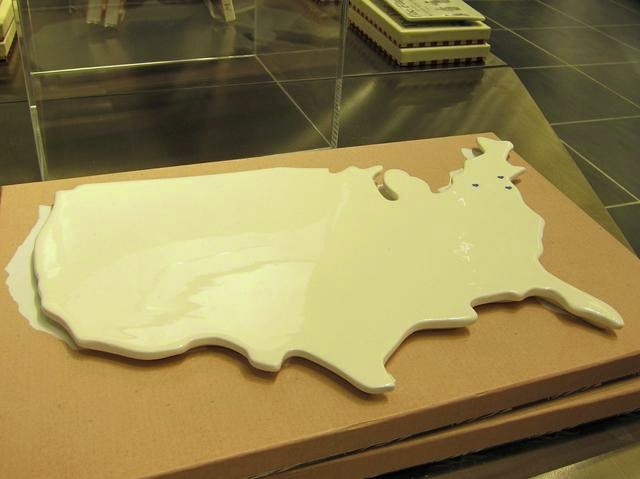 And yet and yet; I see (above) they’re selling a cheeseboard in the shape of the United States (though without Alaska and Hawaii naturally), and I admit I found myself wanting one. It seemed, at first glance, inoffensive, but then I noticed the three hearts indicating where the 9/11 terrorist attacks took place, which of course makes it utterly untenable.

So I went online to see whether you can buy a cheese board cheeseboard in the shape of the United States but without three hearts indicating where the 9/11 terrorist attacks took place, and it seems you can – there are various versions available including this one found on Etsy, made by AHeirloom. 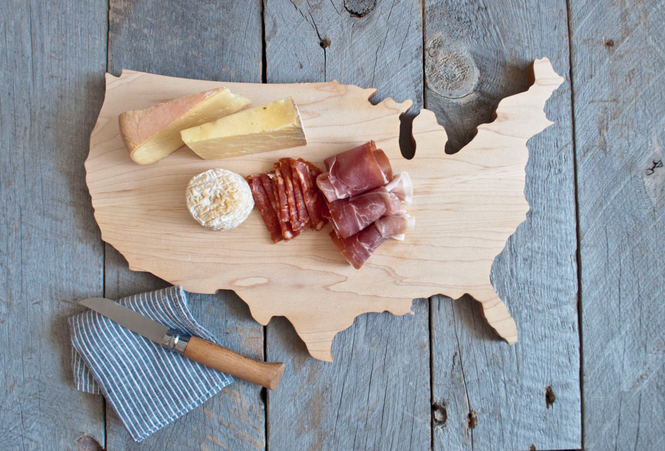 It doesn’t seem crass at all.  Before long however this version of America may well become stained, greasy and a little bit cheesy.  Go pick the symbolism out of that one.

Posted by GeoffNIcholson at 8:38 AM