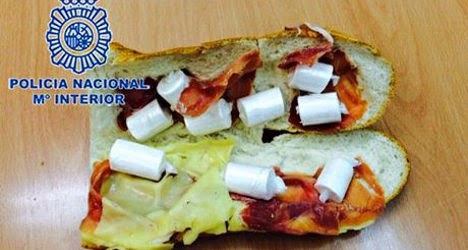 News just in from a website named  “The Local: Spain’s News in English” with the headline “Police arrest man over cocaine sandwich.”  It came with the above photograph released by the Policia Nacional.  The contents of the sandwich, apart from the cocaine were, apparently, cured ham and cheese.
It happened in Benidorm, the sandwich carrier was a 29 year old Columbian and he had 100 grams of coke in his sarnie.  The subsequently found a kilo of coke when they searched his home.  “We’re gonna need a bigger baguette!” 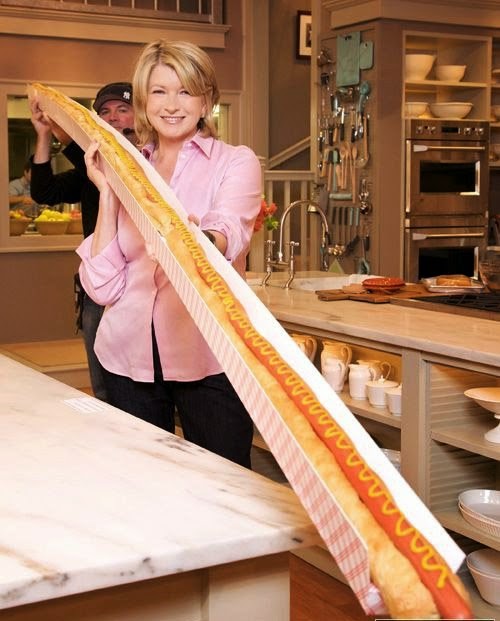 Elsewhere on "The Local" site another headline reads “Cocaine-filled pineapples seized by Spain.”  The story is that police in Algeciras found a shipping container full of pineapples stuffed with 2,500 kilos of cocaine.  “According to Spanish online newspaper El Confidencial, the seized cocaine would have had a street value of €150 million.”  That must be one very fancy street.
Here’s the accompanying photo (by Tony Ratcliff) of a masked man with a lot of pineapples, who may or may not have anything to do with the case. 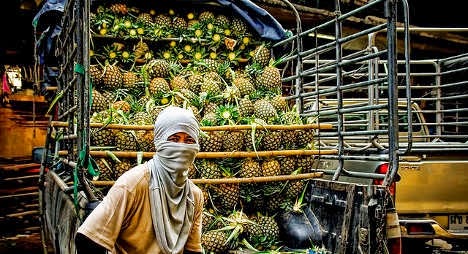 Posted by GeoffNIcholson at 10:34 AM