IS THERE NOTHING A POTATO CAN'T DO?

This just in from NBC:

Providence police said Monday that a man accused of using a potato to look like a weapon in two attempted robberies has been arrested.  Officials said 34-year-old Gary Deming was already being held at the ACI on other charges.

Providence police said Deming admitted during an interview to the two attempted robberies. He said he attached the potato to the end of a butane lighter.
Deming was charged with assault to commit robbery.
Workers at a Shell gas station on Branch Avenue said a potato-wielding man tried to hold them up April 21. They scared him away with a bat.
Police said the same man tried to rob a dry cleaning store on Charles Street about 30 minutes later. The owners gave him a counterfeit $20 bill.

The news item came with this graphic so that viewers would know what a potato looked like: 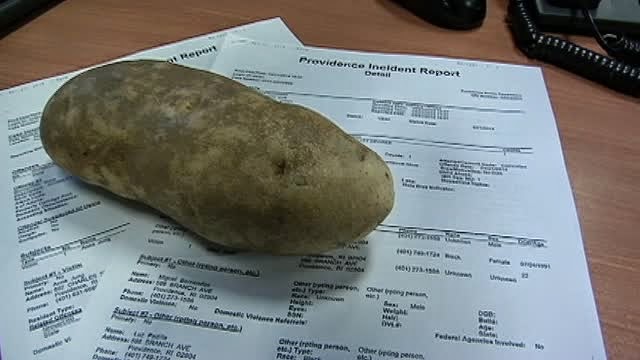 I must say, when I first heard about this I imagined that the dude had actually carved a replica of gun out of a potato and maybe blacked it with boot polish, you know the way they do in prison movies with bars of soap.  I guess they’re just not that cinematic up in Providence, Rhode Island.

Here's a different kind of potato gun, but frankly if you walked into a dry cleaner's with one of these you might give the game away early. 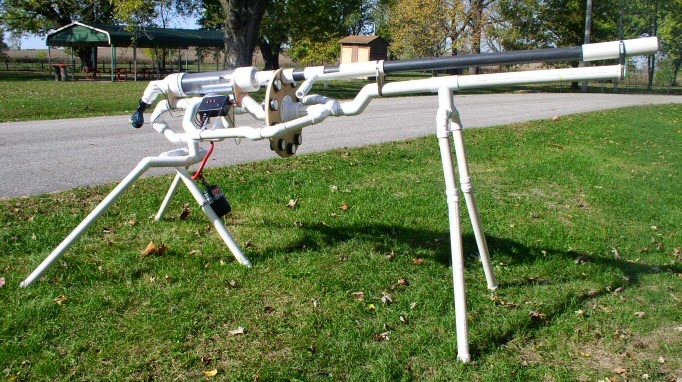 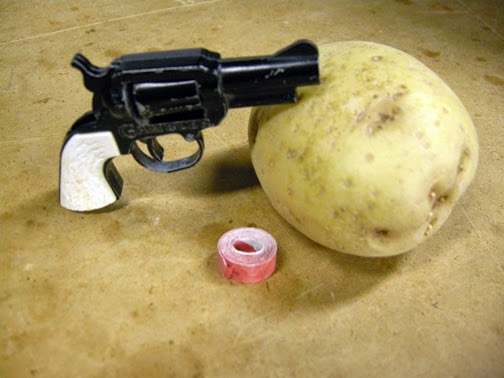 Posted by GeoffNIcholson at 2:47 PM