What do writers eat? Well you know, I’d be inclined to say they eat much the same as everybody else, but I know that’s not strictly the case.  Think of Lord Byron who ate biscuits and soda water, or potatoes drenched in vinegar, in order to stay trim and attractive. He looks pretty good on it here, though it's only a painting, of course. 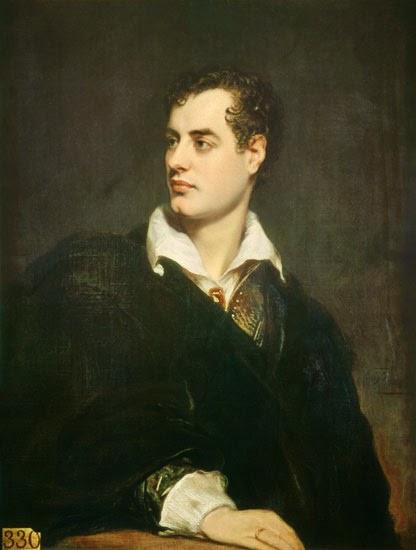 Think of Stephen Tennant who, according to legend, was so fussy about eating that his diet consisted of only champagne, flower petals and the occasional single grape.  And he looked good too! 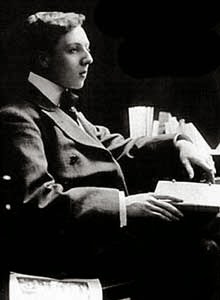 In any case, I have come belatedly across a book titled Odd Type Writers: From Joyce and Dickens to Wharton and Welty, the Obsessive Habits and Quirky Techniques of Great Authors b Celia Blue Johnson.  If it’s the kind of thing you like, you’re going to like it a lot, and of course it features some author’s quirky eating habits. 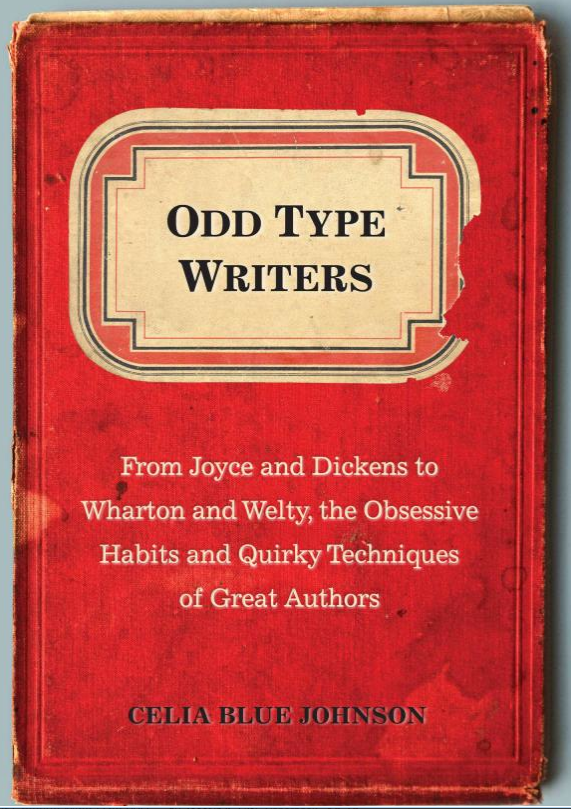 There’s a story, which appears in the book, that Goethe once dropped in on Friedrich Schiller, who was out at the time, but Schiller’s wife Charlotte let Goethe in and said he could wait in the study. Goethe sat at Schiller’s desk and thought he’d do a bit of writing. Then he smelled something funny, and discovered it was coming from a drawer in the desk. The stench became overpowering and he had to stagger to the window for air.  He asked Mrs. Schiller’s what was up, and she said her husband just liked the smell of rotten apples, that it inspired him, that he couldn’t work or live without it. 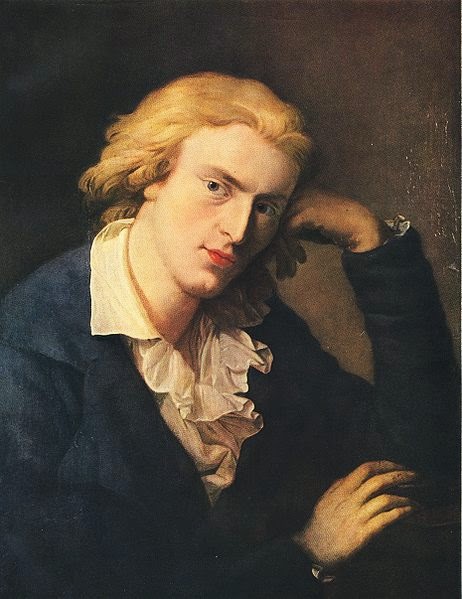 Admittedly Schiller didn’t actually eat the rotten apples.  Whereas Agatha Christie did eat apples in the bath while thinking out her plots.  Flannery O’Connor ate vanilla wafers, and Vladimir Nabokov obsessively ate molasses candies, though this was a way of overcoming his cravings for nicotine after he stopped smoking.  Poking around online I also find that Stephen King eats a piece of cheesecake every day before he starts writing.  Why not? 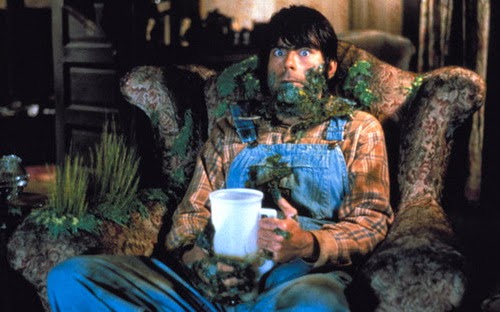 I’ve been thinking about this because I “appeared” at the LA Time Book festival over the weekend, on a panel.  I wasn’t there to talk about food, but at other events some were, including Roy Choi, famous for the Kogi food truck, a man who is now both chef and author, having written a book – L.A. Son: My Life, My City, My Food, though as you see, two other writers get their name on the book too. 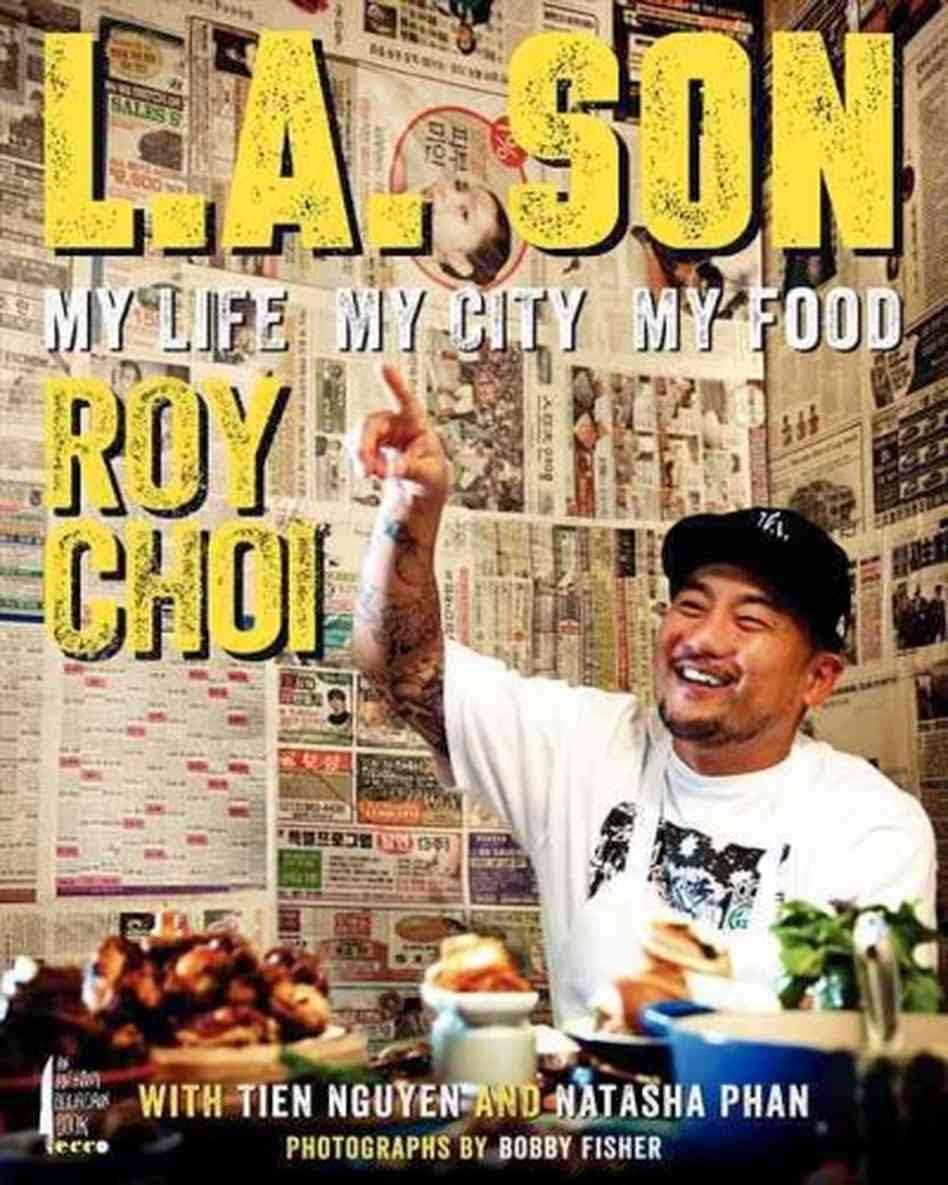 Choi was being interviewed by Jonathan Gold, he of this parish, in front of a good big outdoor audience, and Choi said very something interesting.  He said, "I don't know if I'll ever be as good as I was when I started Kogi, but I strive for that.” 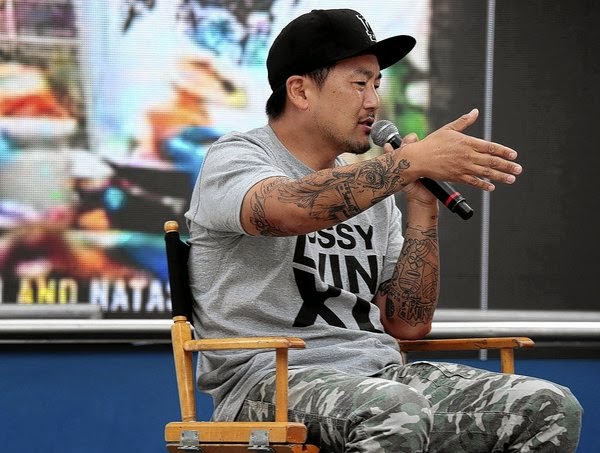 And I thought that was a very interesting thing for a chef or writer, or anyone, to say.  Writers and chefs, (and I’m sure sportsmen, musicians, and probably just about anybody else) start out with a kind of zest and an unruly energy, so that the first place where it comes together; the first novel, the first restaurant or food truck (the first season in the big leagues, the first album, etc.) has an intensity and a freshness that often gets lost as you start getting serious and becoming a "professional.”

As for what this author ate at the LA Times Book Festival, well there were quite a few food trucks with very long lines, but because I’m such a big shot author I got to eat in the festival green room, which was actually The Town and Gown Club, and a very fancy joint it is too, though on the day it wasn't laid out quite as fancy as this: 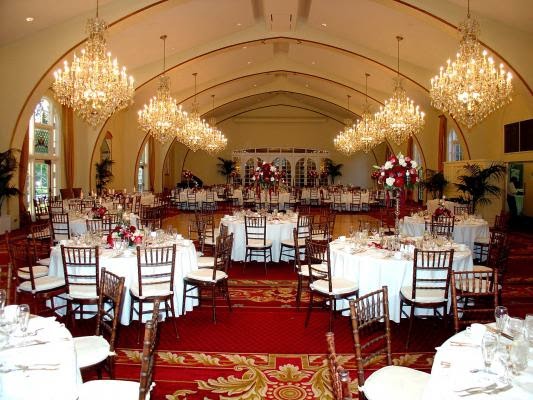 I had a couple of egg salad finger sandwiches, a small ham roil, and some butternut squash soup with a blob of sour cream.   Bacchanalian it was not. But you know, and I don't quite know why, when an egg salad sandwich is good, there’s something really deeply, alchemically right about it.  When it’s a FINGER sandwich – I could eat them all day – much easier than having to write.

Posted by GeoffNIcholson at 11:16 AM