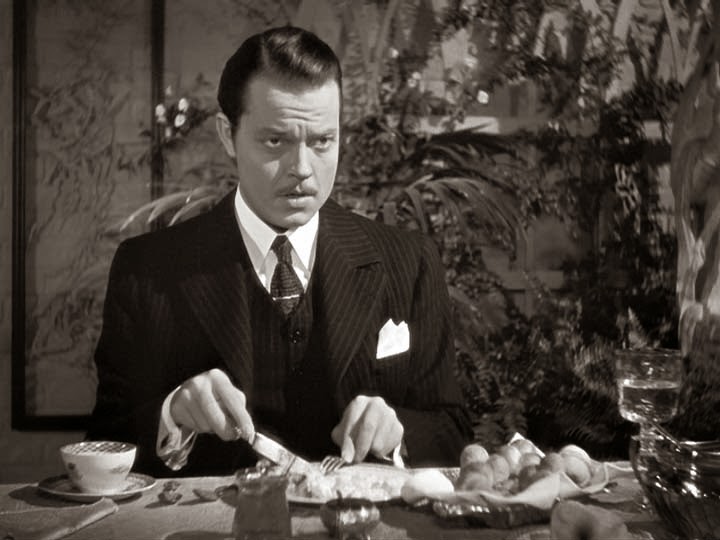 “Ask not what you can do for your country. Ask what’s for lunch.” This is supposedly a quotation from Orson Welles.  It sounds apocryphal, but maybe it’s for real.  I hope so. 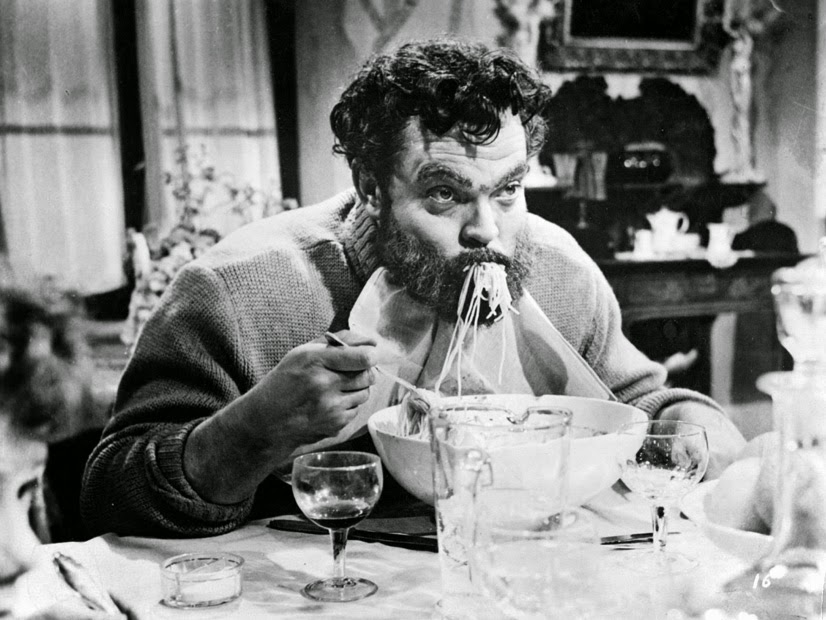 I suppose, in the end, nobody would really want to model themselves on Orson Welles.  Yes, he made Citizen Kane, Touch of Evil, The Third Man, and he married Rita Hayworth, that sounds like more than enough for one lifetime.   But he had so many thwarted projects, so much frustration and rage, manifested not least in his obesity, that most of us wouldn’t want actually to live his life, I think. 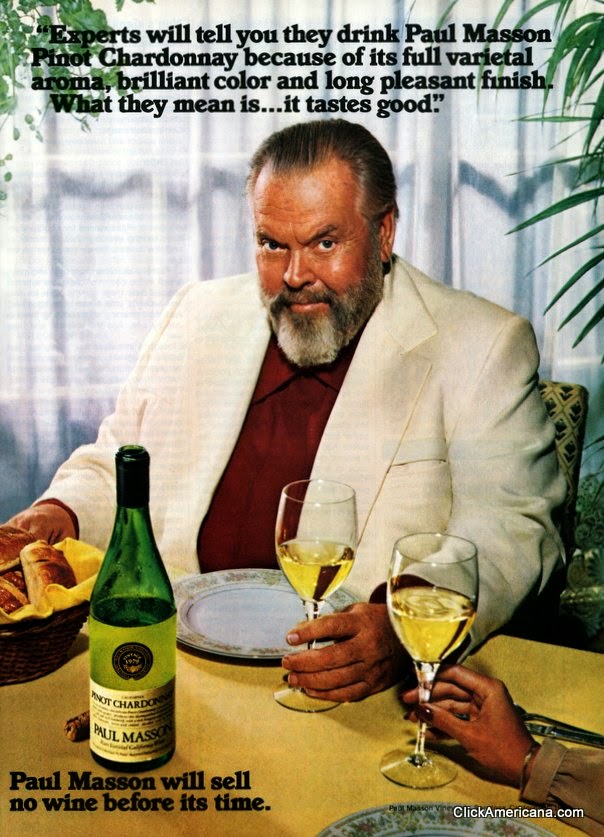 But in one small way I did used to emulate Orson Welles.  I read that whenever he called up a restaurant to make a reservation he booked a table for one more person than was actually coming.  I thought that was a great idea, and did it myself when I lived in London and New York.  If there were two of us having dinner I’d book a table for three,  if three were coming I’d book a table for four, and so on.  I didn’t need as much extra room as Welles did, but tables in London and New York restaurants are so damn small you need every bit of extra room you can get.  I’d arrive at the restaurant and say one of the party wasn’t coming, but they’d still put us at a bigger table.  It didn’t work every single time, but surprisingly often it did. 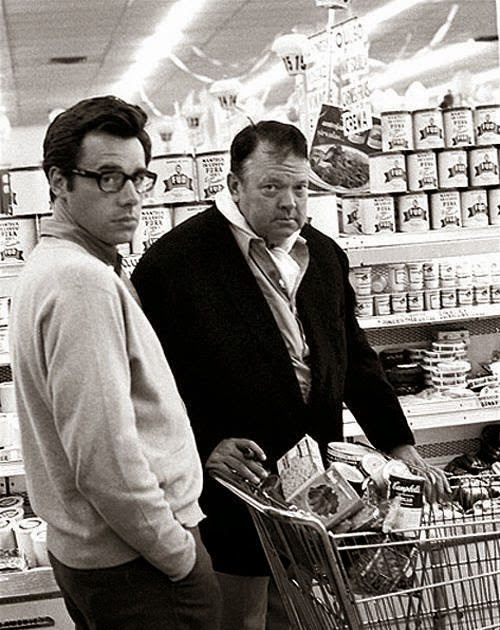 I recently found the above image of Welles and Peter Bogdanovich in a supermarket.  I don’t know the story behind the picture, but it does relate to one of Bogdanovich’s great, and possibly tragic, anecdotes about Welles.  Bogdanovich was acting in Welles' unfinished movie The Other Side of the Wind (1972), and came upon Welles, alone, in hiding in some far corner of the set, eating a giant size bag of corn chips.   Welles explained, "You don't gain weight if nobody sees you eating.” 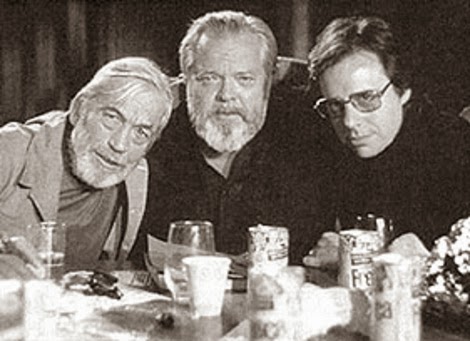 Welles regularly complained that when he was trying to get money for a film project, could call up any producer and they’d happily do lunch.  Everyone wanted to be able say they’d had lunch with the great Orson Welles, but nobody ever wanted to give him money to make a film. 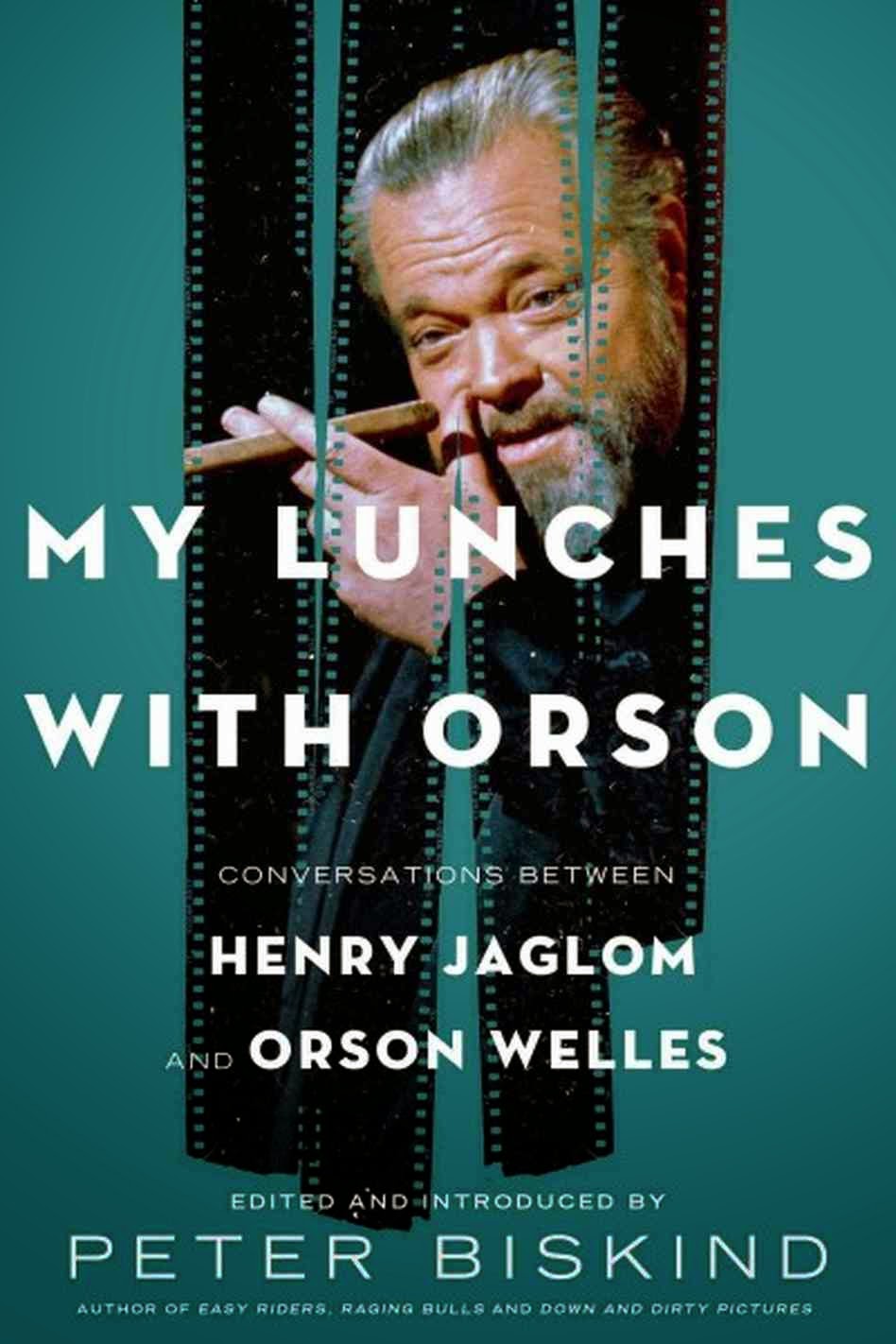 Here’s a very short extract from Henry Jaglom’s book My Lunches with Orson, transcripts of their meals together in LA in the 1980s.  Here they are at
Ma Maison.

The waiter arrives.
Waiter: Would you wish the salad with grapefruit and orange?
O.W.: That’s a terrible idea. It’s awful—typically German.
H.J.: They ruined the chicken salad when they started using that mustard. It’s a whole different chicken salad.
O.W.: They have a new chef.
Waiter: Roast pork?
O.W.: Oh my God. On a hot day, roast pork? I can’t eat pork. But I’ll order it, just to smell pork.
The waiter departs.

The “new chef” of course was Wolfgang Puck. 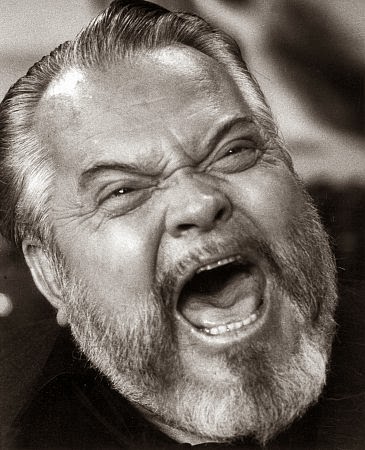 Posted by GeoffNIcholson at 1:04 PM