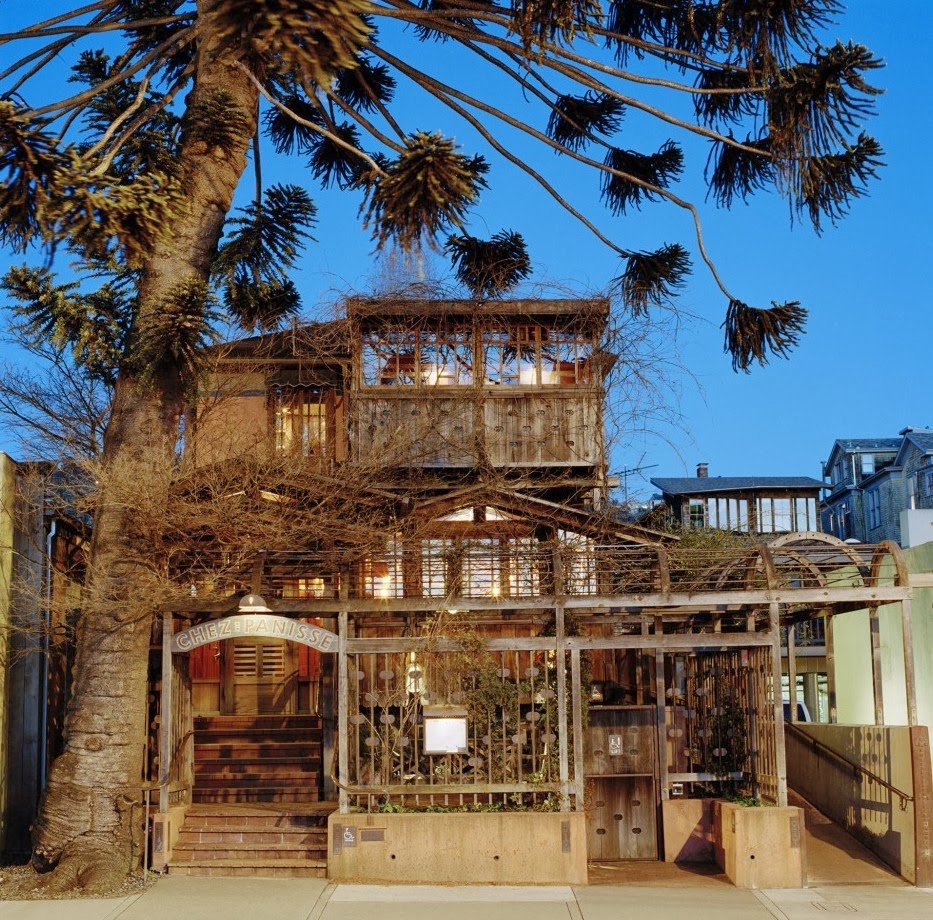 I had a birthday last week, and I knew I was going to be in Berkeley on the day.  And I thought what the hey, why not celebrate it at Alice Waters’ Chez Panisse, though in the café rather than the restaurant.  The prix fixe in the restaurant required more of an investment than seemed reasonable: $85 on Tuesday (my actual birthday), rising to $100 on the weekend. 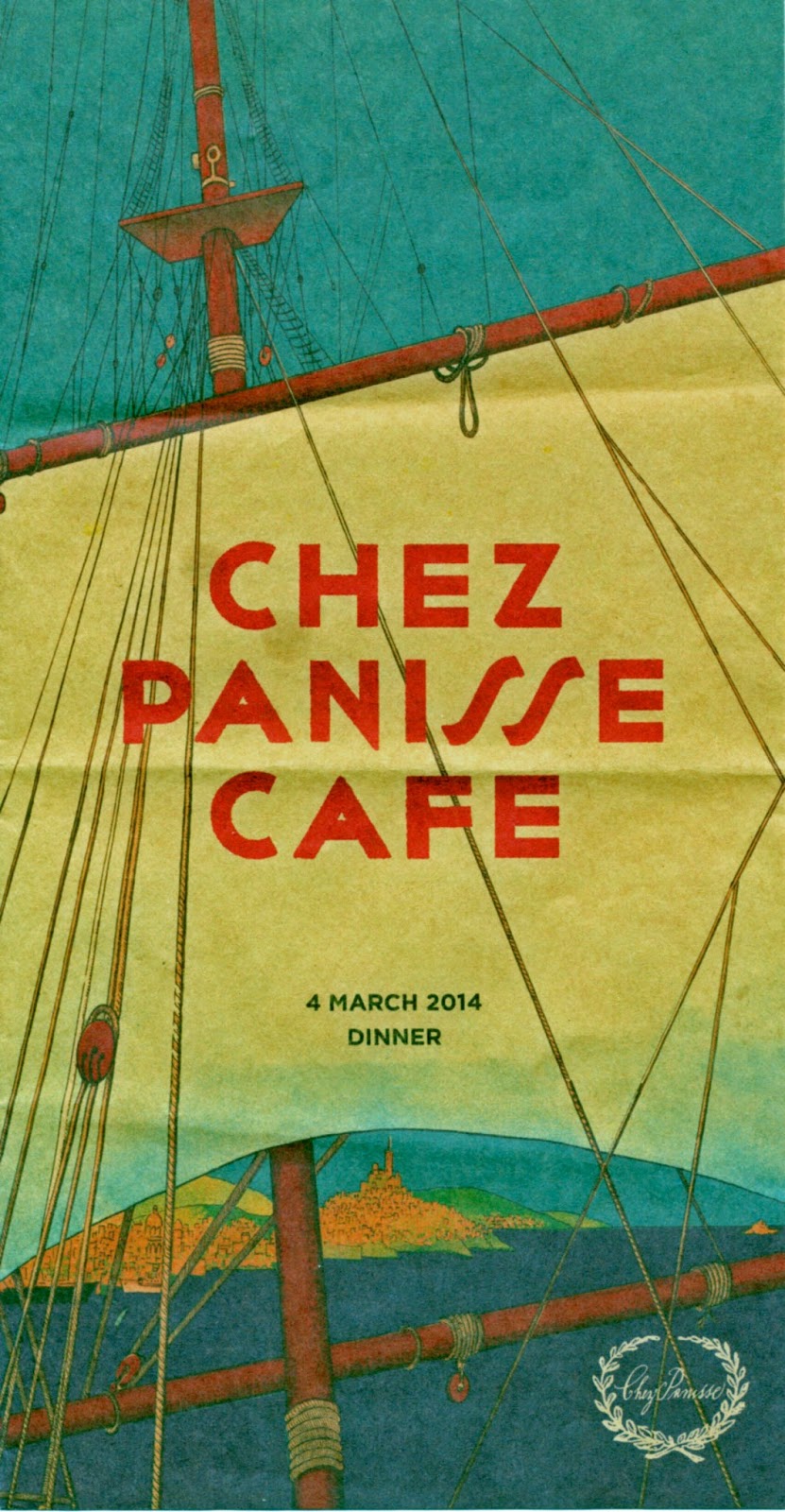 Of course it’s hard to forget Alice Waters’ “open letter” to Barak Obama after his election.  Have YOU ever sent anybody an open letter?  I haven’t.  If it’s open it’s not a letter, if it’s a letter it’s not open. 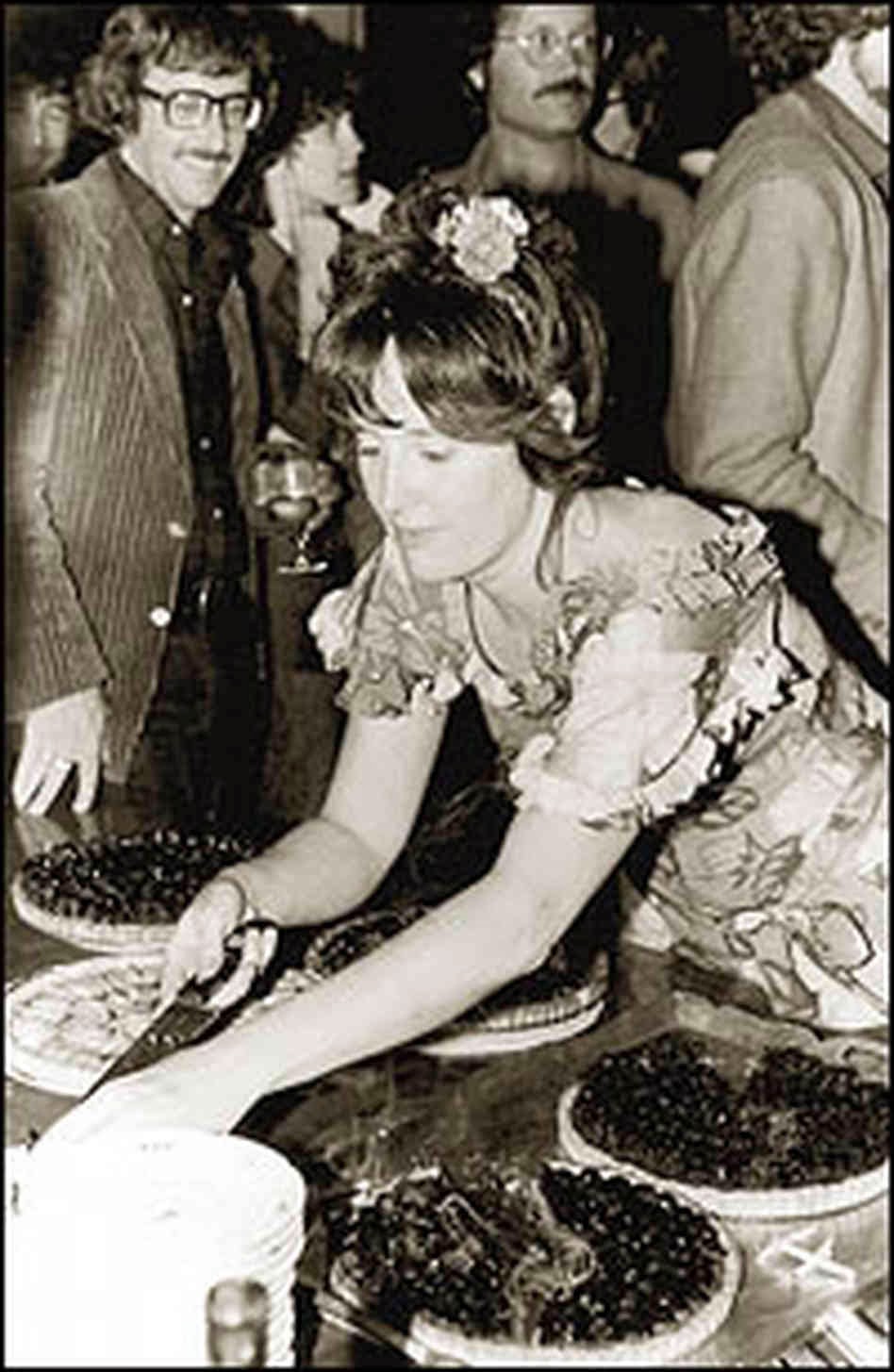 Anyway, it ran, in part,  “The purity and wholesomeness of the Obama movement must be accompanied by a parallel effort in food at the most visible and symbolic place in America—The White House.”  Is that sucking up or just delusion?  What could be more pure and wholesome than Chicago politics, after all?  And was there ever a president who would say “You know I think I’m going to encourage the nation to eat crap”? 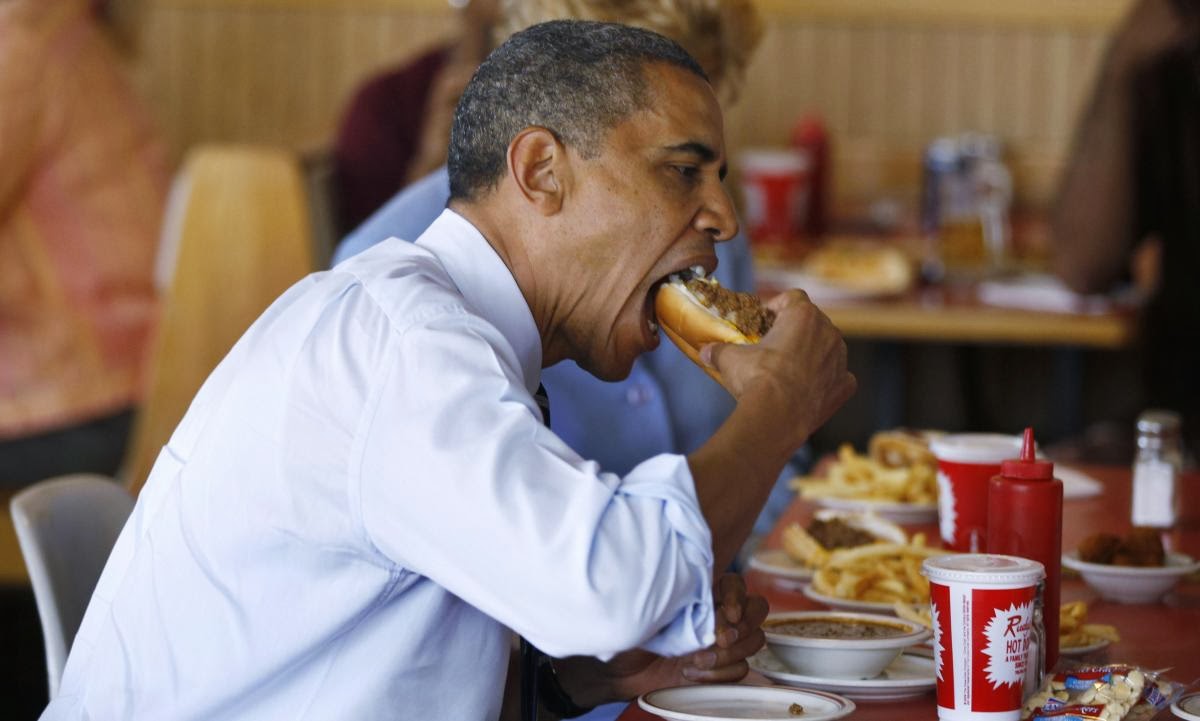 Anyway, I guess there was some purity and wholesomeness on display at Chez Panisse Café when I ate there.  Certainly the room was attractive and well lit, and the service was attentive but unfussy, and the meal was very good, the flavors were clean, it wasn’t heavy, it was well thought out and well presented, though again not over fussy.  And these are all the way you’d want it. 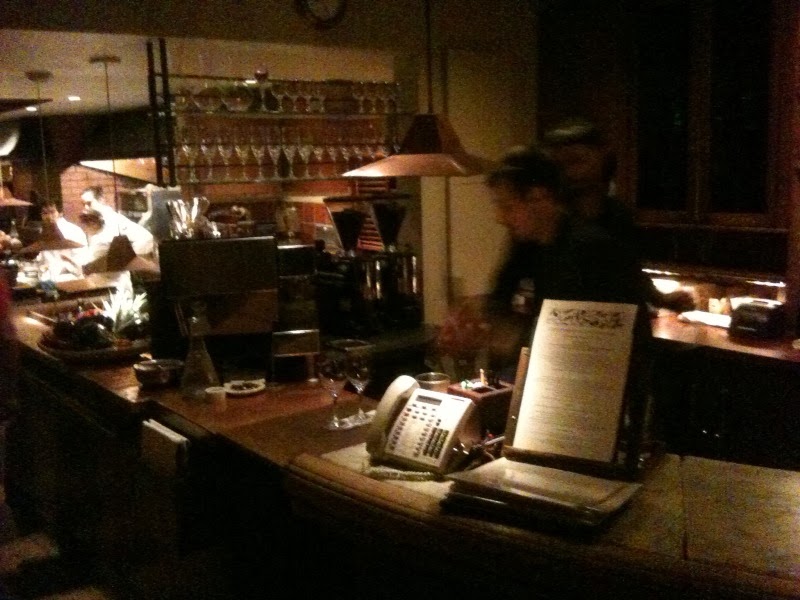 But here’s the thing, in writing about it now, less than a week later, I’m aware that I’m struggling to remember it.  It just wasn’t all that memorable. 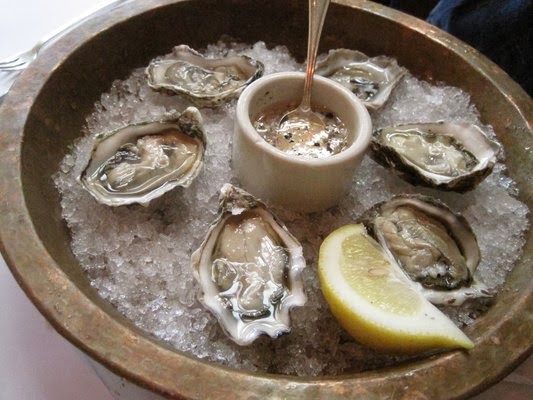 The Barren Point oysters were as good as oysters should be.  The baked goat cheese with garden lettuces was fine, and my main course of Grilled Devil’s Gulch rabbit with wild fennel, asparagus, snap peas and olives, was tasty and well cooked, but I guess, I just wanted a bit more bang for my buck, a meal I’d still be thinking about come my next birthday.
And I’m still wondering whether this is bad and wrong of me, or indeed downright crass, to wants all the bells and whistles (which may be synonymous with fat, salt and sugar) when I should be seeking purity and wholesomeness.  I’m going to continue thinking about that for a while. 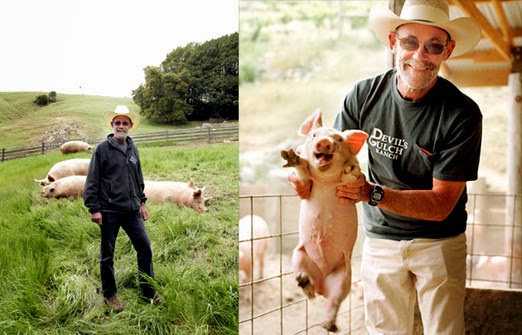 I did look up Devil’s Gulch Ranch – and they seem impeccably well-credentialed, they also sell pork, lamb and quail, as and they are trying to give back.  One of their campaigns is “Help Haiti Rebuild a Sustainable Future.”  They plan to do this using rabbits.  “With your help,” they say, “Haitian rabbits can go from this;” 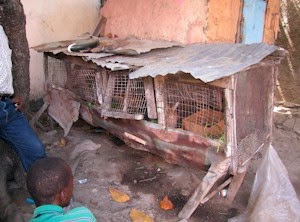 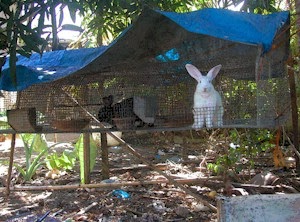 I guess that’s got to be a very good thing, right?

Posted by GeoffNIcholson at 11:59 AM