WE'RE NOT IN GRASMERE ANY MORE 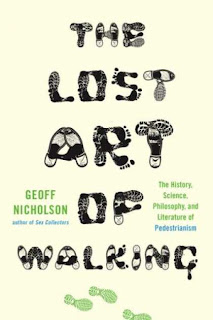 The American paperback edition of my book “The Lost Art of Walking” came out this week: this is an only slightly shame-faced plug.

In writing the book it was far more of a problem knowing what to leave out than what to put in. At one point I considered writing a chapter about walking and eating, but on balance I thought this might be too peripheral. Now I’m not so sure.

I’ve been re-reading Dorothy Wordsworth’s journals, and I’m struck by the fact that she and William were as passionate about food as they were about walking. 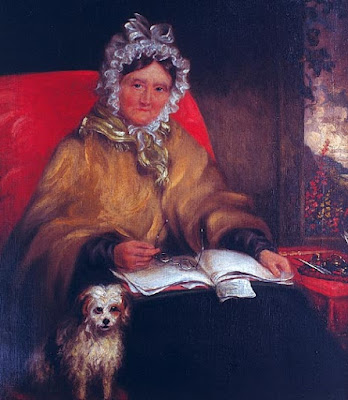 The very first line of the Grasmere Journal, May 14 1800, runs, “Wm and John set off into Yorkshire after dinner at ½ past 2 o’clock – cold pork in their pockets.

And throughout her writings there are references combining food and walking.

16 March 1802 “I went & sate with W and walked backwards and forwards in the Orchard till dinner time – I broiled Beefsteaks.

And I think my favorite, November 28 1801, “Baking bread apple pies, & Giblet pie – a bad giblet pie – it was a most beautiful morning … The sun shone all day – but we never walked.” A bad pie and no walking was as worthy of mention as a good pie and a good walk. 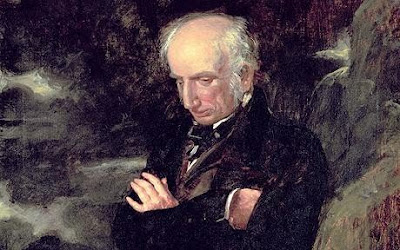 Dorothy Wordsworth was born in 1771, a little under 200 years before me, but the vast majority of the food she mentions is perfectly familiar from growing up in Yorkshire childhood: gooseberry, rhubarb, tapioca, potted beef, parkin.

However, if by some time traveling miracle Dorothy found herself in a modern English restaurant, say one in the Gordon Ramsay chain, would she even recognize some of the dishes as being food at all? 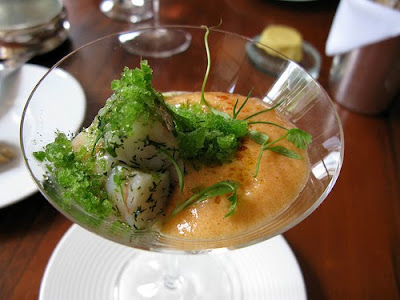 And looking at the menu mightn’t help her much either. What would she make of these items from the appetizer menu at Ramsay’s Maze?

Now Maze is a very good restaurant and I think Dorothy would have enjoyed herself once she got over the future shock, but like me she might have thought to herself, isn’t it odd that food stays much the same for hundreds of years and then suddenly good food is nothing if it doesn’t involve a confit of this, a carpaccio of that, a velouté of the other.

She would also surely have noticed that none of these were exactly dishes she could put in her pocket and go out walking.

There seems to be some evidence that “giblet pie” was once a term for having sexual, though I don’t really think that’s what Dorothy had in mind. 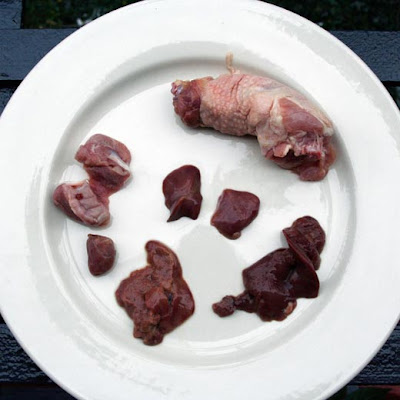 “The Odd Index" by Stephen J. Spignesi includes it in his list of “Euphemisms for Sexual Intercourse” but frankly according to him just abut everything you can thing of is a euphemism for sexual intercourse. Here are just some of the food-related ones:

He doesn’t include one of my favorite euphemisms, which includes sex, food (or at least herbs) and walking: to go for a stroll around the parsley patch. 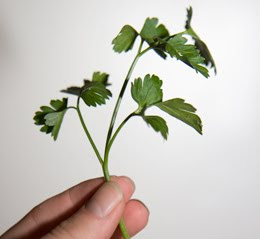 Posted by GeoffNIcholson at 5:34 PM