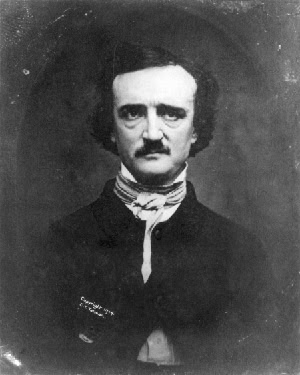 When I first started to cook with any degree or seriousness, I began by using odd or obscure ingredients. My thinking was that I probably wasn’t going to be able to make the world’s greatest Beef Wellington but if I cooked sweetbreads or squid in its own ink, there was a chance that people would say, “Oh boy, this is the best squid in its own ink I’ve ever tasted.”

In this spirit that I decided to make a stuffed beef heart, which in a perfect world might have looked something like this: I seem to remember I bought it from Selfridges’s Food Hall. I took it home along with the other ingredients I need for the stuffing, and next day when I took the heart of its plastic bag it stank to high heaven. It was off. It was rotten. It was horrifying.

I suppose there are those who’d have run back to Selfridges’s and returned the thing but I just wanted to be rid of it. It so happened I was living in a flat with a garbage disposal in the sink. I shoved the heart down, turned on the blades, and tried to forget about it.

A day or so later a hideous smell started to come from the sink. The disposal hadn’t been butch enough to deal with heart. It was stuck in there. I had to put my hand in there and pull out a partly mashed up and partly decomposed organ. It was enough to turn you right off beef heart, and it did. I haven’t eaten it since.

But then about 20 years later I found myself at a lunch given by Steve Rinella and his publishers. Rinella is the author of the Scavenger’s The Scavenger’s Guide to Haute Cuisine, and American Buffalo, and a very good man. 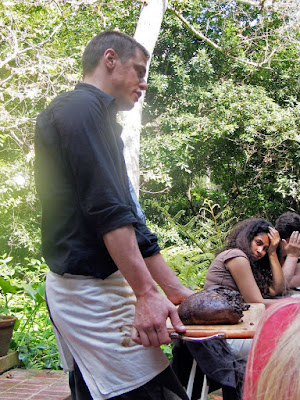 It was one of the most extraordinary and wonderful meals I’ve ever eaten. The food included wild turkey galantine, antelope mince meat pie, starling and smoked black bear ham.

Also on the menu were two kinds of heart, buffalo and elk, both stuffed with wild mushroom Duxelle. They were wonderful and looked exactly like this. Sorry for the motion blur - I was a little excited. 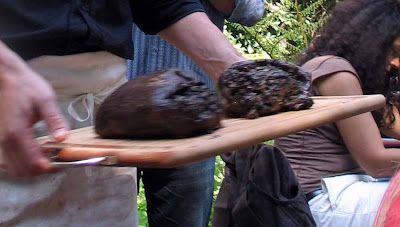 They were, without a doubt, the best stuffed buffalo and elk hearts I’ve ever tasted.
Posted by GeoffNIcholson at 5:40 PM