THE RAW AND THE FLAMING 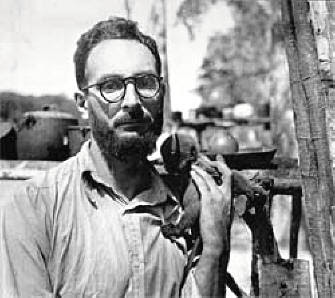 So, Claude Levis-Strauss is dead.

Of course if you’d asked me a few days ago whether or not he was still alive I’d have had no idea, but even so it seems a major passing.

I don’t claim that The Raw and The Cooked is an entirely open book to me, but I’ve had a copy for decades and I open it from time to time and read a couple of pages and think I must be learning something. 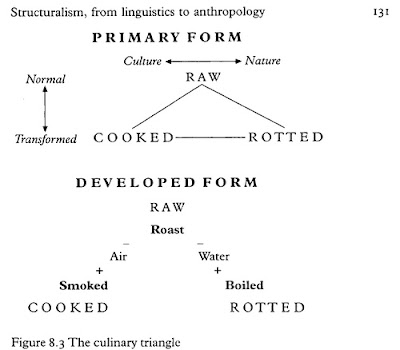 Still, I think his basic premise is now so widely accepted that it’s become more or less invisible; that the cultural practices of “primitive” tribes are every bit as sophisticated and complex as those of our own, which is to say we’re not nearly as sophisticated as we think we are, and that the taboos and rituals surrounding food express itself this fact extremely clearly. 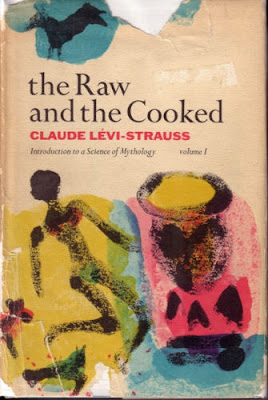 In The Raw and the Cooked Levi-Strauss quotes from an anthropologist named Conklin, who’s describing a Philippino tribe thus:

The Hanunoo regard as a “real” food only that which is prepared for human consumption by cooking. Hence, ripe bananas which must be eaten raw are considered as “snack” foods. Real foods such as pre-ripe banana, root crops, cereals, cucumbers, tomatoes are never eaten raw. A meal must include cooked food. In fact, meals are usually enumerated by the term: pag’apuy, “firemaking.”

This pretty much expresses my own attitude towards food. There’s nothing wrong with a banana smoothie. A raw-banana oat breakfast certainly has its place. When you want a banana split there’s nothing better. But none of these constitute “real” food. Whereas, (and I’m not sure the Hanunoo have mastered this) a flambed bananas Fosters – that’s a meal. 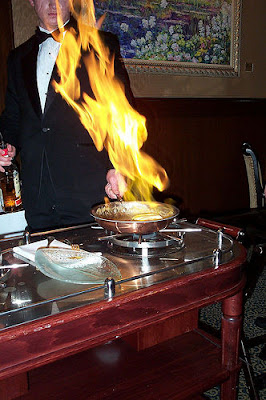 This photograph by Dario Novellino shows some Hanunoo-Mangyan men about to go off on a pig hunt: 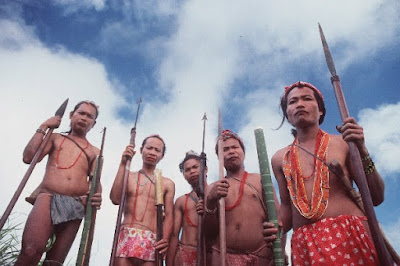 Posted by GeoffNIcholson at 8:06 PM