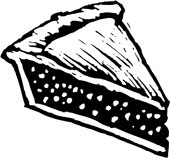 Not surprisingly the Internet is awash with recipes for giblet pie, although pictures of it are extremely scarce. Maybe they’re not necessary: pies all look much the same regardless of what’s in them. But here’s a picture of Clare Rudebeck that accompanied an article she wrote for the Independent, describing how she made giblet pie for, it seemed to me, some rather annoying friends. 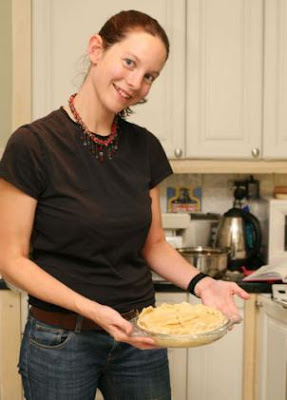 ‘“Is that a bit of chicken thigh?" says one, popping it in his mouth. "No, that's a bit of neck," I say once he has started to chew. He spits it out.’

He’d get a slap upside his head if he spat out my food at my table.

Rudebeck’s recipe comes from her grandmother and is actually a bit tame. “A Plain Cookery Book for the Working Classes” dated 1852, has a more interesting one: 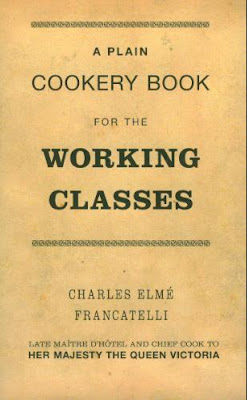 “Giblets of fowls are always to be bought at a low price at most poulterers'; when you have a mind to lay out 6d. or 1s. in this way, first scald the necks and feet, to remove the feathers from the head and the rough skin from the feet; split the gizzard and scrape out the stones, etc., and the yellow skin there from, and when the giblets are thoroughly cleaned, put them into a saucepan with some thyme, winter savory, chopped onions, pepper and salt, and about a quart of water, and set them on the fire to stew very gently for an hour, by which time the liquor should be boiled down to half that quantity; then add two ounces of flour and a little mushroom ketchup; stir all together, and put the giblets into a pie-dish; cover this over with a dripping crust, and bake it for about an hour and a quarter.” 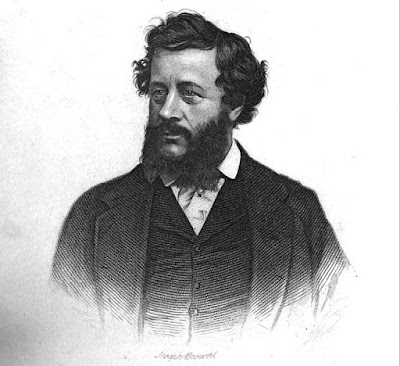 But maybe he was doing a Jamie Oliver. The book apparently has its origins in his claim that he could feed a thousand families on the food that was wasted every day in London. Presumably that would be even truer today.

In Oliver’s British TV series “Jamie’s Ministry of Food,” he went into the homes of people in Rotherham, an industrial town just a few miles from where I grew up in northern England, a place with high rates obesity and related illnesses, and created a place where people could learn to cook. 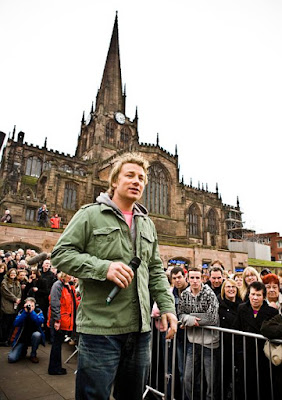 According to an interview in the New York Times one of the biggest problems he had to come was the attitude of Rotherham people. Oliver said, “They thought that cooking a meal and feeding it to your family was for posh people.” I find that the most depressing, most unsurprising and most truly English thing I’ve read in a long time.

The people of Rotherham claimed they were misrepresented in the show. Perhaps they were. Below is an ad for an outlet in Rotherham called Factory Foods. “A completely new shopping experience to what you are used to, we guarantee that!” This has to be a parody, doesn’t it? Doesn’t it? 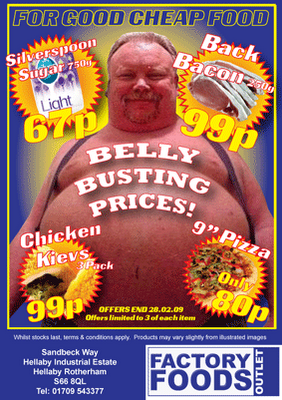 Posted by GeoffNIcholson at 6:05 PM