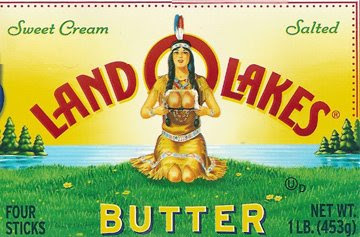 My pal Laura Brody, a costume designer by trade, has just begun making bondage gear for a company called Dungeoncorp.

Yes, yes I do run with a fast crowd.

Bondage is one of those things that I almost understand, but not quite, and to be fair to the blameless Ms Brody she says she feels much the same way. Still, a gig’s a gig. She also tells me she’s been involved with several theatrical productions in which raw meat was thrown around the stage, and sometimes into the audience.

In a gesture of mild support I checked out the Dunegoncorp website, and you can too, though I don’t want to put any of the more racy images on my blog for fear of getting one of those “Content Warning” alerts on my front page.

Anyway, my eye was caught by a DVD called The Damsel Gift starring Skyler Blake, an actress who looks like this: 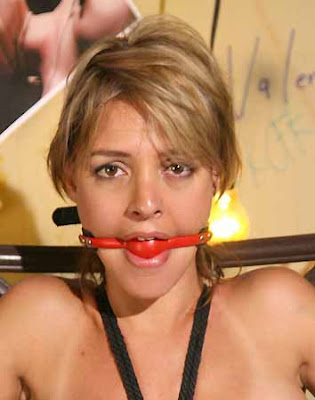 and is surely a girl who must have some trouble eating while in character.

If the blurb on the DVD is to be believed, the movie is the story of “A happy couple. A cute dog. They have everything they want and need. Or, do they? What lurks in the mind of the one you love? Do you really know them anymore? What is waiting to destroy the trust? His wife gets taken away by cruel thugs. Dragged into a van and into a world of submission and control. Kept in a room of torment and perverted pleasures. Made to sleep in steel shackles in the dank confines of a dark cellar.“

So far so standard issue.

But then, one of the many shout lines on the back of the packaging reads, “She became their slave … and they covered her with hot butter.”

Now that’s almost sexy. Was there also garlic and lemon and black pepper? I hope so. 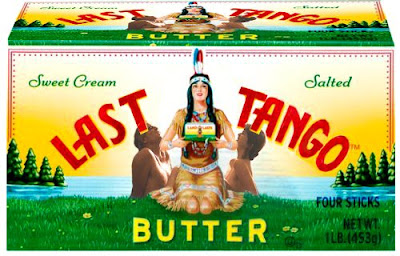 It’s more or less impossible to think about butter and sex without thinking about Last Tango In Paris, in which Marlon Brando butters the rear end of Maria Schneider as a prelude to rather unconvincingly mimed entry.

I was a callow youth when I first saw the movie and I didn’t know what the heck was going on. Even so, as the years have gone by, and my sexual tastes have become more sophisticated and no doubt more jaded, I’ve still never been tempted to reach for half a pound of slightly salted as a prelude to intimacy.

I guess we all draw the line somewhere.

Maria Schneider obviously drew it too late. In a 2007 interview with the Daily Mail she said, "That scene wasn't in the original script. The truth is it was Marlon who came up with the idea . . . I should have called my agent or had my lawyer come to the set because you can't force someone to do something that isn't in the script. I was crying real tears. I felt humiliated and, to be honest, I felt a little raped . . . Thankfully, there was just one take. I never use butter to cook anymore - only olive oil." 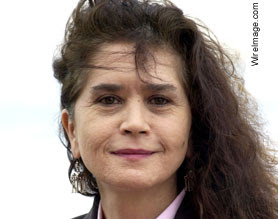 Integrity at last.
Posted by GeoffNIcholson at 9:23 PM