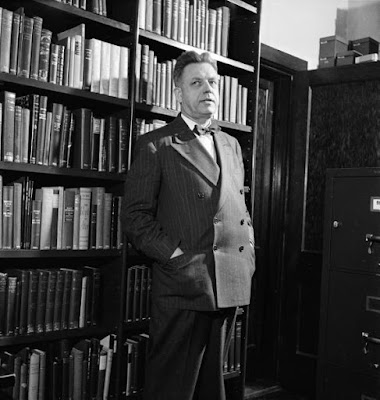 Alfred J. Kinsey, sexologist, obsessive, author of the Kinsey Reports, lover of snails as well as oysters; made no claims to be much of a gourmet or much of a cook. His real appetites were elsewhere. But according to his biographers he did have some curious food habits.

Jonathan Gathorne-Hardy says Kinsey was a frugal eater at home but when he went on road trips with his staff he became oddly passionate about food, and enjoyed eating out, making a “collection of restaurants.” Nevertheless “he had to impose himself on food, perhaps stamp it with his personality, control it as he did with everything else. He did so by covering it with salt or mayonnaise. In O’Donnell’s Seafood Restaurant in Washington the specialty was turtle soup. Kinsey invariably swamped it with sherry … He seemed immune to the snatched late meals or hurried snacks, but the team often got fearful diarrhea.” 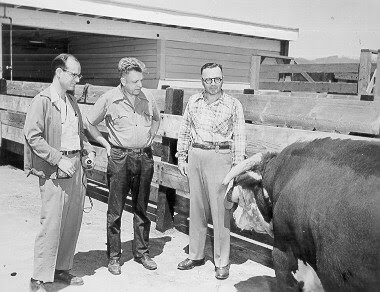 And although he didn’t cook often at home, when he did it was very much in character. He threw in everything he could find in the fridge and called it a goulash. “He threw in a banana once,” a witness recalls.

Well he would, wouldn’t he?
Posted by GeoffNIcholson at 9:43 AM