Please spare a thought for the late Jeff Twaddle a man who’s death (and let’s face it, his name) proves – if proof were needed - that the universe is a place where the elements of tragedy and comedy, the grotesque, the pathetic and the farcical are far from mutually exclusive. That's Jeff in the picture below, on the right. 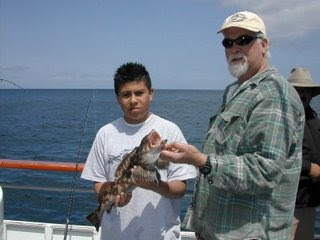 Twaddle was deckhand on a charter boat called Gale Force. He took kids from elementary school out on field trips and showed them the rudiments of fishing. Do as he says, not as he did. On a trip in early April 2009 to the Port of Long Beach, Twaddle tried to entertain the kids by putting a bait fish in his mouth, “a lighthearted thing” according to the Long Beach Fire Chief, after the event.

The bait fish got stuck in Twaddle’s throat, stopping his breathing. Attempts to remove the blockage and give CPR were to no avail. Twaddle passed out, went into cardiac arrest and died as the kids watched.

An autopsy by the Los Angeles County coroner’s office declared the death to be accidental, caused by “aspiration of fish.”

I'd never heard this use of the word “aspiration” but it seems to be common enough. People who throw up and choke on their own vomit can be said to have died of aspiration. Jimi Hendrix, for example, was one of these. Here he is in the picture below, on the left. Mama Cass is on the right. Michelle Phillips is the filling in this sixties sandwich. 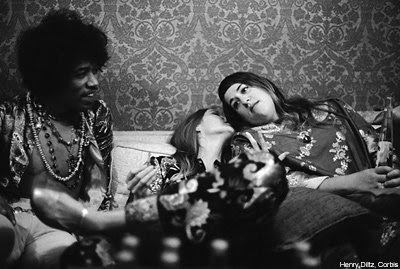 Mama Cass, despite all rumors to the contrary, was one person who did not die of aspiration. The urban myth is that she choked to death on a ham sandwich, but this seems to be demonstrably untrue. Certainly she died in her sleep but not by aspirating a ham sandwich.

The rumor started apparently because a ham sandwich was found in her hotel room along with her corpse. A link was established in the popular imagination; but the truth is the sandwich was untouched. Mama Cass actually died of a heart attack caused by “fatty myocardial degeneration due to obesity.”

Still, I guess the public – and I don’t exclude myself – found it rather hard to believe that Mama Cass was the sort of woman who’d go to bed leaving a ham sandwich lying around her hotel room uneaten. I know I wouldn’t. 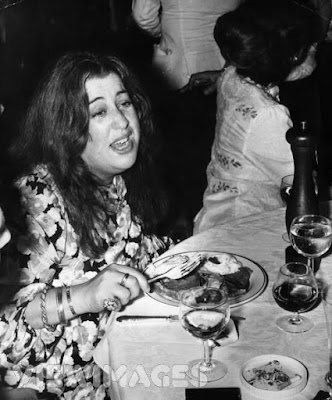 Posted by GeoffNIcholson at 7:25 PM