WHERE IS YOUR LUSTRE NOW?

I was thumbing through an old copy of Gastronomica magazine and came across this staggeringly fine ad for Tryphosa jelly dessert. 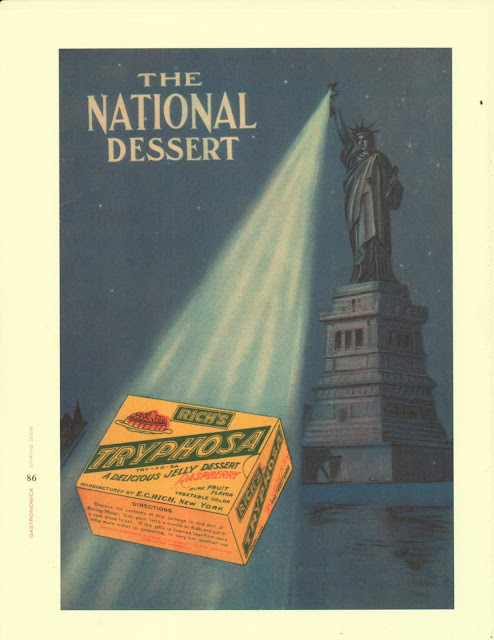 I had never heard of Tryphosa which apparently is also the name of a woman in the Bible, but the spelling is alarmingly close to Typhosa, which is a form of salmonella.  I suppose people worried less about salmonella back then.

The Tryphosa ad is in fact so great, shining with the light of Liberty, that it’s hard to imagine the taste could possibly live up to it.  Compare and contrast with the aesthetic aspirations of the current Jell-O pack.  Not so much to live up to there. 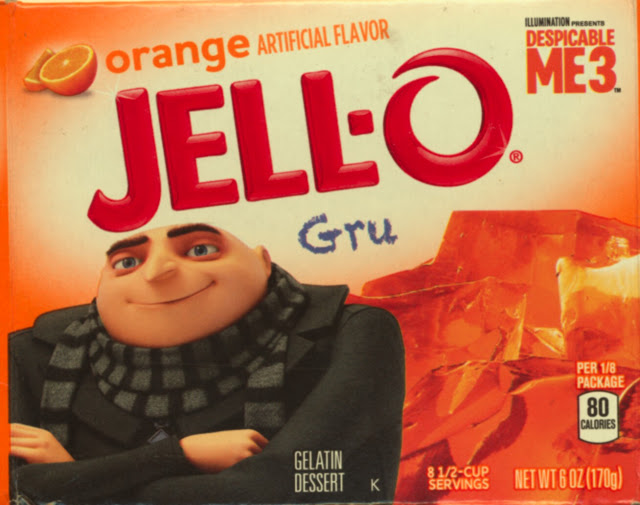 And I did find ads for a jelly dessert named Bromangelon (which sounds like a bromance between cro-magnons). Their use of imagery was more modest still. 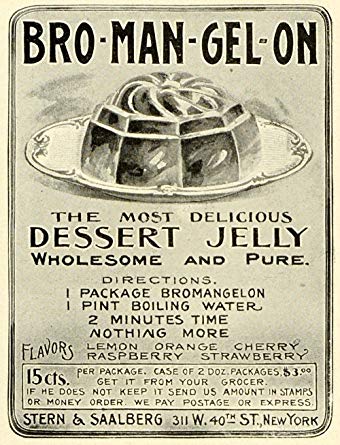 The fact is, when it comes to jelly, presentation means a lot.  When I was growing up, we had jelly all the time, although my mother only approved of strawberry flavor, and she made it in a Pyrex mold much like the one used in the Bromangelon ad and as seen below.  She never tried to unmold it, and present it freestanding. I assume she’d tried at some point, possibly before I was born, and she’d had more than enough failures. 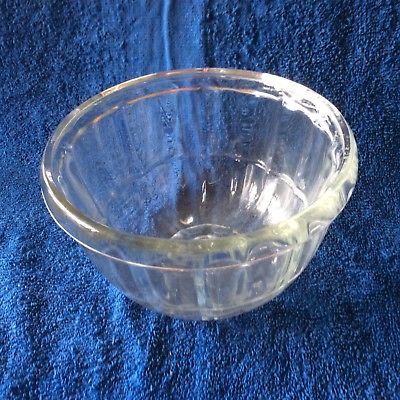 Of course the Pyrex was the problem, glass being a poor conductor of heat, so the classic move of dipping the mold in hot water to free the jelly inside wasn’t going to do much good.

I’ve been sniffing around looking for exotic and eccentric jelly molds.  Bompas and Barr are the bosses of this kind of thing, but theirs are bespoke, and in the “if you have to ask, you can’t afford it” category. 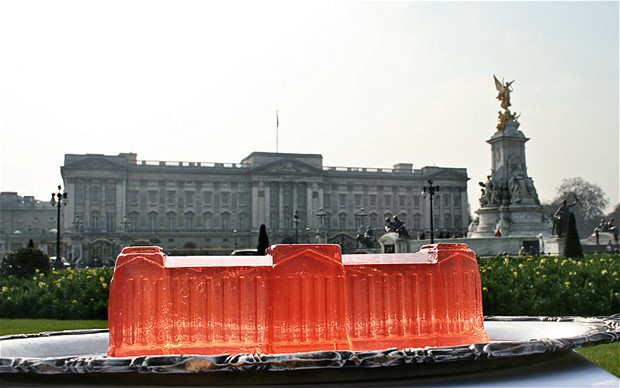 I did find the one below, which has its appeal, but it might offend more people than it amuses, even if you could say it’s an allusion to La Grand Bouffe. 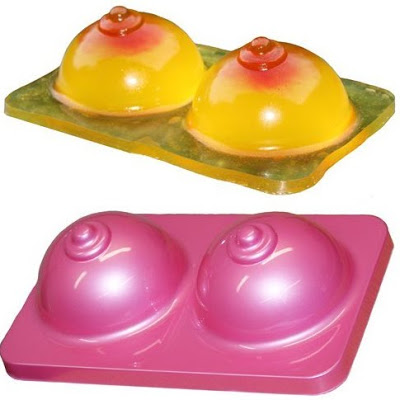 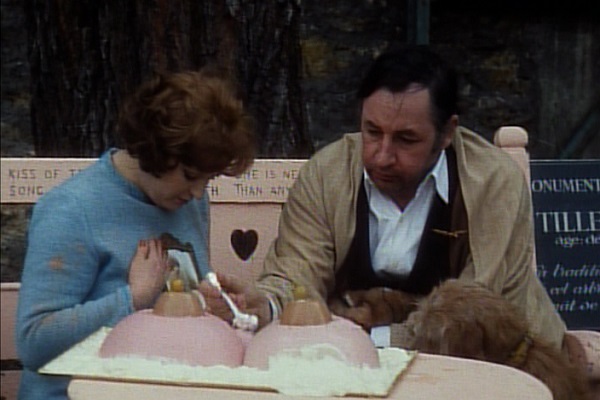 I guess the real problem with jelly molds, as with my brain version below, is that they're amusing once, but only once. 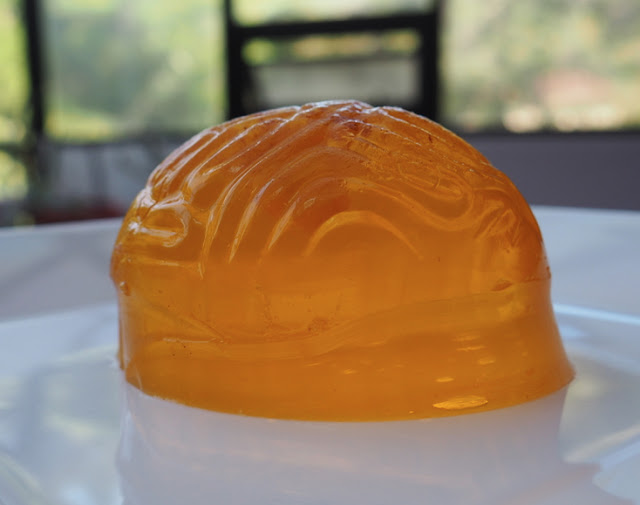 But I did find one (I mean I found pictures of it online, it seems you’re unlikely to find one in the real world outside of a museum) that might be entertaining for quite a while

It’s a Wedgewood jelly mold in the shape of an obelisk.  What you’re seeing there is an an outer form and an inner core.  The latter sits inside the former, and you fill the mold with clear jelly – it has to be clear to show the pattern.  I think it might take quite a while to get bored with that. 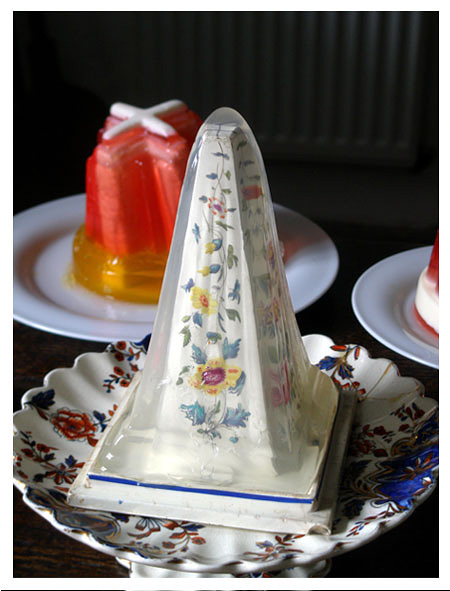 Posted by GeoffNIcholson at 2:17 PM