So I went back to Franklin and Company to have their waffle cut duck fries.  They were good, although you could easily have imagined something gamier and more duck-intense.  I suppose I was thinking of goose fat, which I know costs more than duck fat, though I’m not entirely sure why: roast yourself a goose and the fat just pours out - enough to   satisfy most of your fat needs for at least the next year. 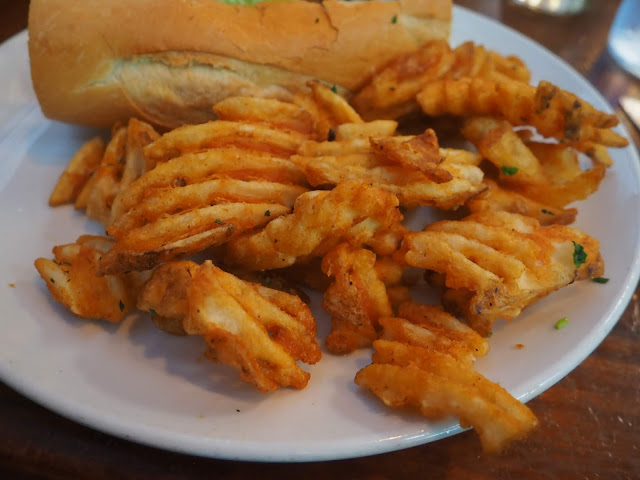 There’s even a (rather neglected) tumblr site:
http://potatopornpotatoporn.tumblr.com
It has very few words, though there are links to recipes and pictures like this one: 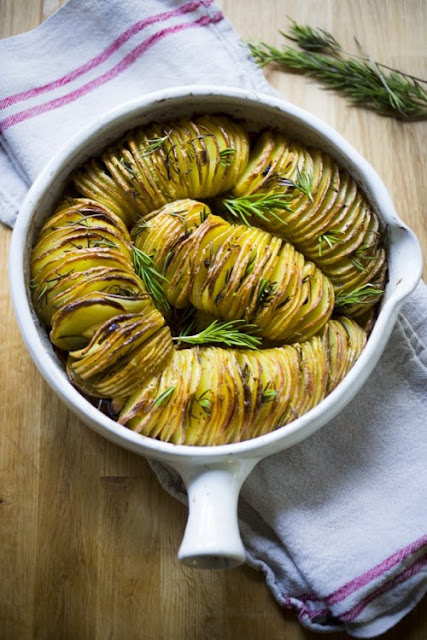 But the world being as it is, my googling also brought up quite a few pictures (more of men that of women) doing ill-advised things with potatoes – pretty much the opposite of eating them.  Here is a more decorous image (which I suppose is actually selling the handbag), by James Piatt and Ted Walton, though those names took some finding. 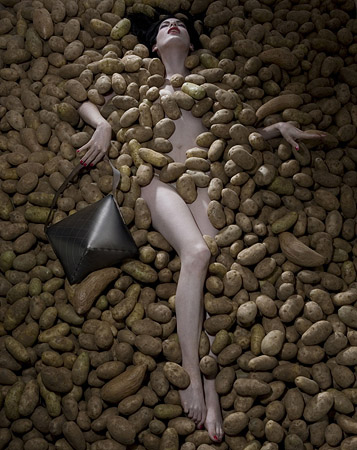 And I did discover that there’s a (completely unpornographic) Potato Museum in Munich - Das Kartoffelmuseum.  I’ve been to Munich – how did I miss that?  In that museum they have one of these things: 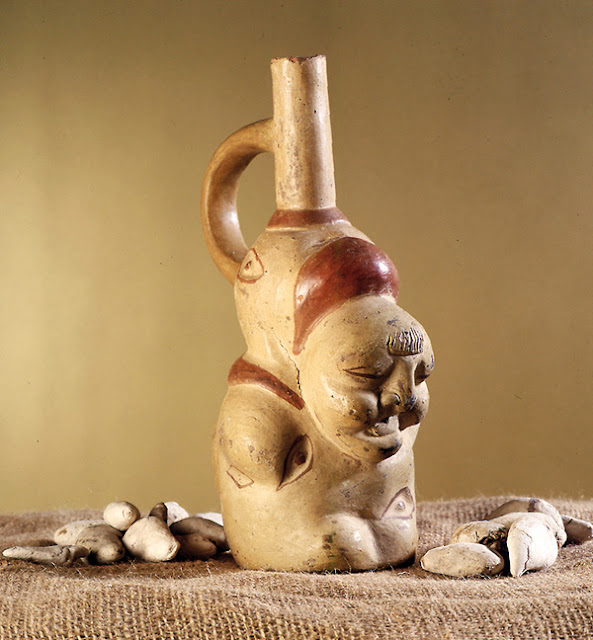 It’s a ceremonial vessel, dedicated to, possibly in the shape of,  "Axomama" – the Andean potato goddess.  There’s a lot to be said about these things, and The History and Social Influence of the Potato by Radcliffe Salaman says a fair amount: human sacrifice and mutilation of the upper lip seem to have been involved.

It now seems that I might not get to the Idaho Potato Museum, after all, so here’s a picture of their prime exhibit, what they say is the world’s largest potato chip, measuring 25 inches across - though in fact as you can see, it’s actually a giant Pringle: 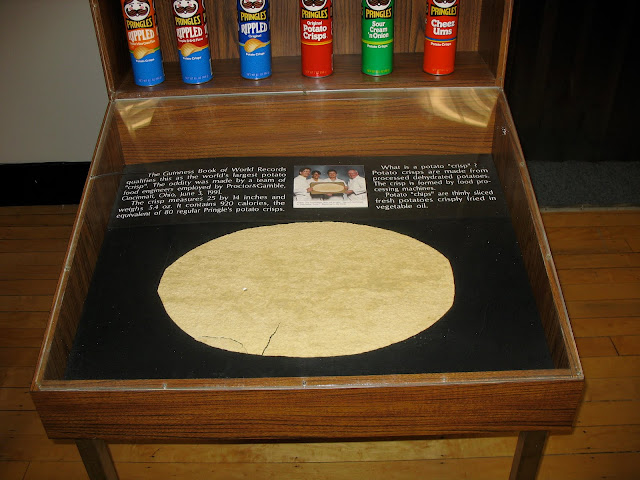 Now I’d have thought Pringles were so “constructed” you could make them any size you wanted. Why stop at 25 inches? You could have one ten feet across.  But more than that, the Honorable Justice Warren, British High Court Judge, has declared that Pringles do not met the legal definition of a “potato crisp” at all, since they’re made from potato flour, corn flour, wheat starch and rice flour together with fat and emulsifier, salt and seasoning, with a potato content of a mere 42%.  Quite right, Judge. 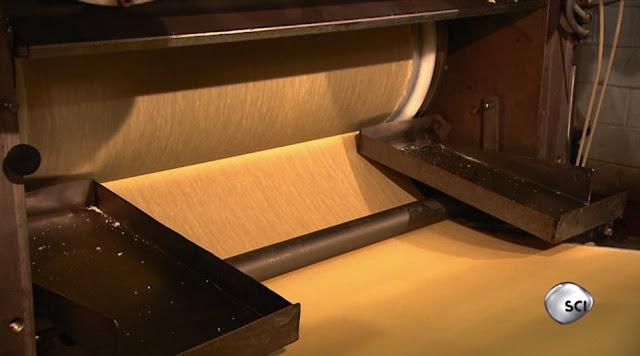 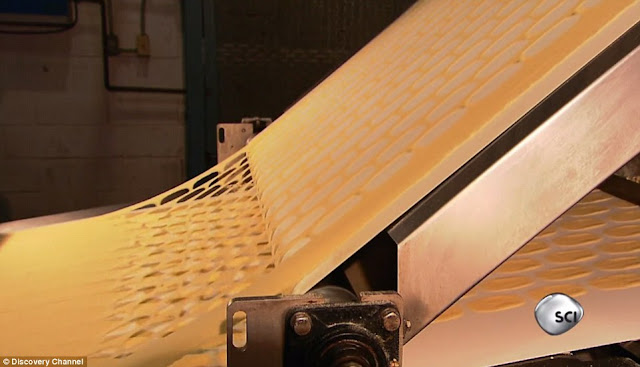 Posted by GeoffNIcholson at 4:12 PM