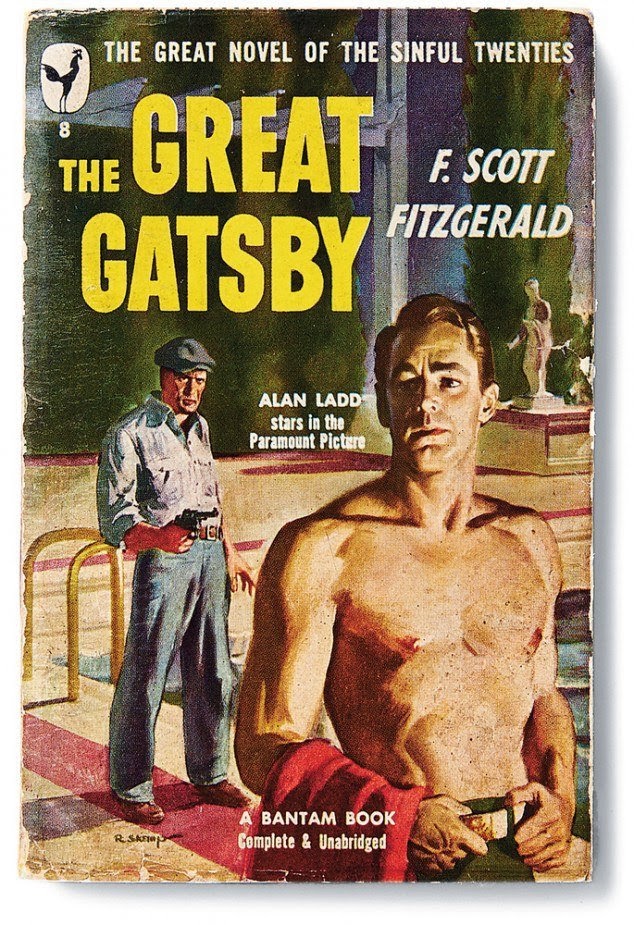 I’ve been rereading Scott Fitgerald’s The Great Gatsby.  It’s one of the novels I return to every few years, and although I always think I know it reasonably well, there’s always some surprise, something I’d completely forgotten or didn’t previously take in.  This time I came cross this paragraph describing Gatsby’s parties:

“At least once a fortnight a corps of caterers came down with several hundred feet of canvas and enough colored lights to make a Christmas tree of Gatsby's enormous garden. On buffet tables, garnished with glistening hors-d'oeuvre, spiced baked hams crowded against salads of harlequin designs and pastry pigs and turkeys bewitched to a dark gold. In the main hall a bar with a real brass rail was set up, and stocked with gins and liquors and with cordials so long forgotten that most of his female guests were too young to know one from another.” 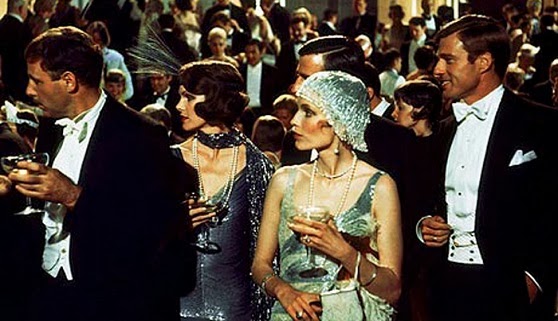 Now, call me naïve and indeed British, but I had never heard the term “pastry pig” and I imagined a whole roast pig wrapped in pastry, a sort of giant pork en croute, which would have been very splendid, a bit like Robert May’s pastry stag.  It would have been extremely hard to cook, but I thought that was the whole point. 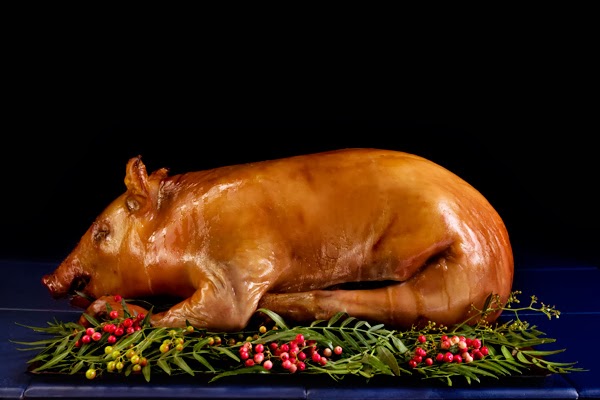 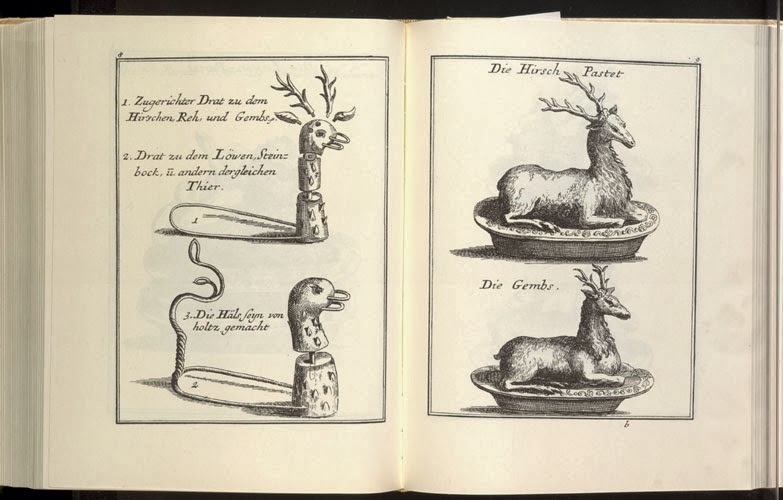 However, poking around the internet it seems I’m the only once who thinks this.  Anyone who has an opinion thinks the reference is to “pig in a blanket” which in my country are called sausage rolls, and that seems strangely disappointing and low-key and a bit tacky for a great Gatsby party.  Although of course that may be the whole point, that Gatsby isn't as classy as he thinks he is. 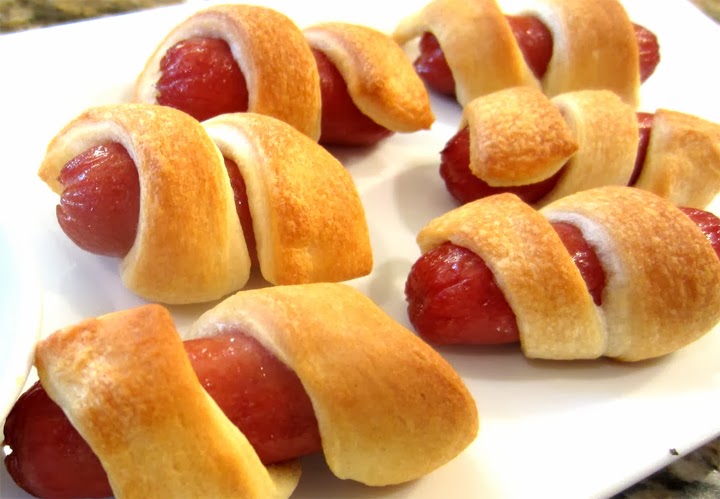 Below is a picture of Gatsby from the Baz Lurhmann movie, which I found just unbearable.  I couldn't tell you what those things are on the plates surrounding Gatsby are, but I'm pretty sure none of them is supposed to be a pig in a blanket.  Not much sign of a harlequin salad or a turkey either.

Posted by GeoffNIcholson at 10:59 AM