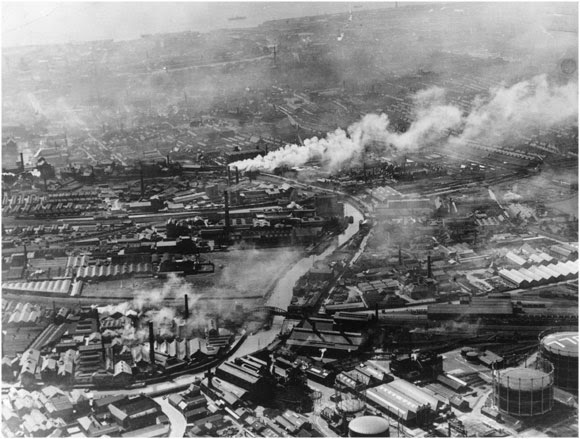 Like me, you were no doubt quietly moved by the announcement that Hull, in Yorkshire, has been named as UK City of Culture for 2017.  I have never been to Hull, despite spending much of my life living just 60 miles away.  They tell me it’s nice.

Culture of course is where you find it, but there’s evidence that the folks in Hull might need to raise their game between now and 2017.  Take a look at this Hull memorial to local lad Mick Ronson – a slightly raised “stage” in front of a caff. 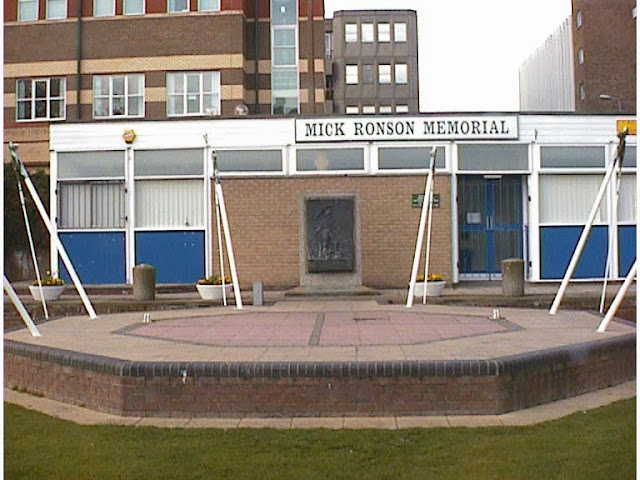 Mick Ronson was obviously a good lad and a good guitarist, but you couldn’t help feeling he’d have been as happy in the local chip shop as he was glamming it up on stage with David Bowie.  Here they are glamming it up on a train in Britain in the 1970s, eating British Rail food in the restaurant car.  Given the circumstances they look a lot more cheerful than they might. 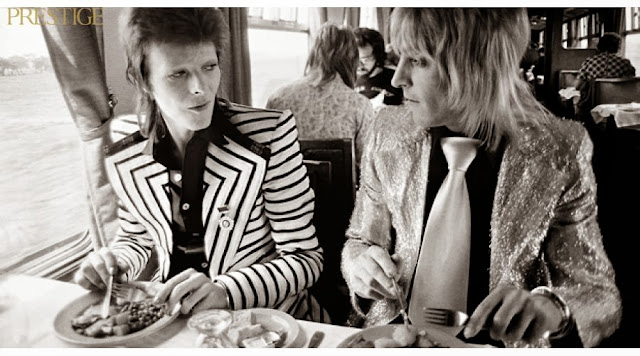 My Hull-connected friends tell me that one of the city’s great local delicacies is something called “chip spice” – a dry mixture that you shake onto your chips, usually bought at the local chip shop, though they’re also available for home consumption and sold as American Chip Spice. 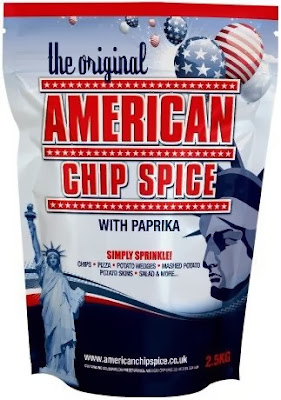 The word is that it’s a tradition that dates back all the way to 1979 when a man named John Science introduced chip spice at the Yankee Burger restaurant on Hull’s Jameson Street.  Word is also that in the old days the flavor was more complex than it is now.  Certainly the modern version doesn’t sound complex at all: Salt, Paprika, Tomato Powder, Monosodium Glutamate, Onion, Garlic.   It’s actual connection to America seems non-existent. 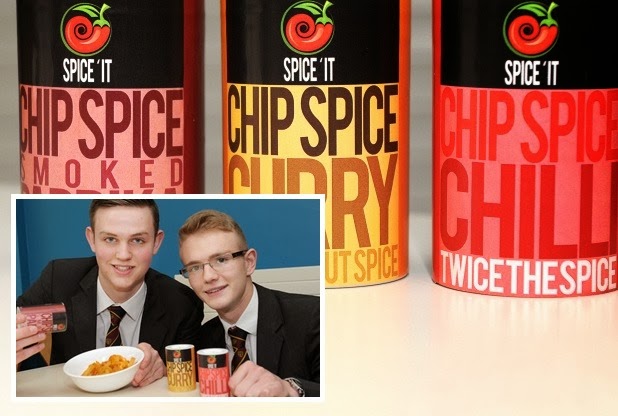 And now (above) a couple of likely Hull lads have developed a more modern, MSG-free version that they’re selling under the name SPICE’IT.  And no, I have no idea why they think they need an apostrophe in there.  The essential ingredient in all three flavors seems to be dextrose. 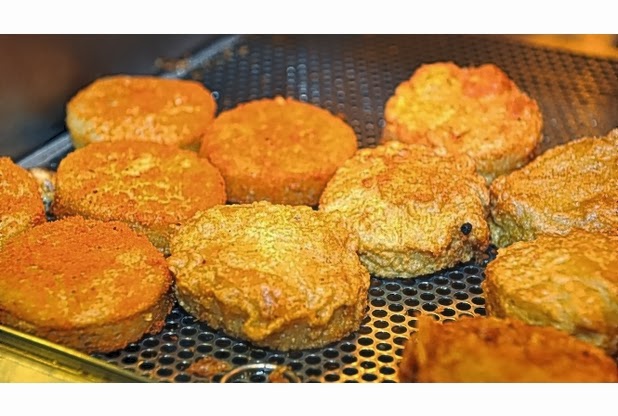 I’m told that another Hull specialty is the “pattie” (above) – again available mostly in fish and chip shops.  There are variations, but essentially it’s slab of mashed potatoes with onion and sage, sometimes battered, sometimes breadcrumbed, and then fried.  Obviously it’s a cheap substitute for those who can’t afford fish, and it’s often served on a bread roil, in which case it’s a “pattie butty” and in either case it usually comes with chips, just to keep up the potato intake. 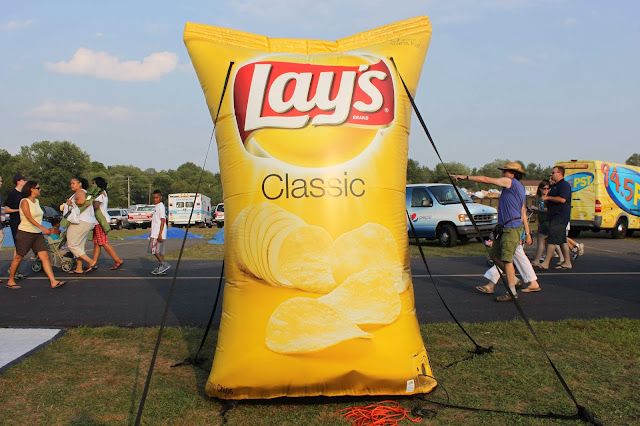 As an Englishman living in the States I have to take a certain amount of flak about English food, but the all-potato diet strikes me as the kind of thing a great many Americans would eat given half a chance.  On the other hand, I’m not sure they’re quite ready for this: 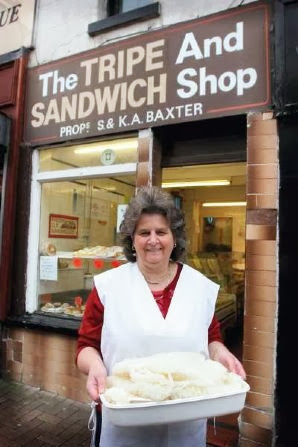 Posted by GeoffNIcholson at 5:45 PM