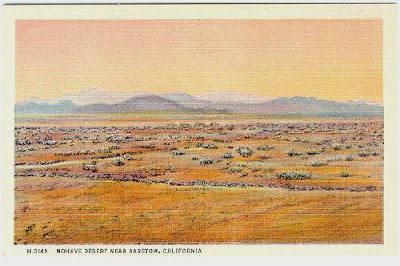 I don’t suppose many people go to the Mojave desert in search of haute cuisine, and if they do they must come away very disappointed.  Still there are one or two oases. The Bun Boy in Barstow does an OK meatloaf, though you go there for the old world vibe rather than the food.  Pappy and Harriet’s in Pioneertown serves up a pretty decent steak sandwich, but you’re probably there for the live music. 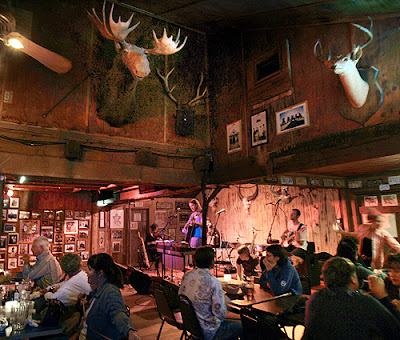 One place I always find myself going to is La Casita in Yucca Valley, actually in the corner of a mall parking lot, within hailing distance of a Food 4 Less and a furniture store named Kelly’s Future.  Haute it ain’t, but a Mini Fiesta Tostada and a Corona, in the middle of a hot desert afternoon, always get the job done. 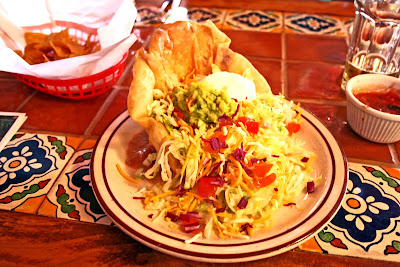 In fact I think the restaurant must have changed hands in recent years, and very possibly changed its name too.  Until I wrote this blog entry I wasn’t even sure what the name was.  In the Nicholson household it’s always been known as “that decent Mexican place in Yucca Valley.”   And I first went there because I was attracted by the plaster sculpture outside. 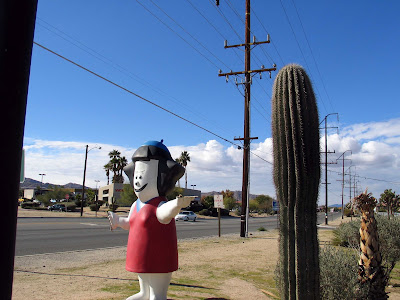 Even back then she’d lost her hand, and eventually she lost her arm, and then she disappeared altogether.  I hope she went to a good home.  Maybe they got rid of her because she didn’t look authentically Mexican.  Now there’s a painting out front of a mustachioed hot pepper in a sombrero. I like him well enough but I’d like him a lot more if he was in three dimensions. 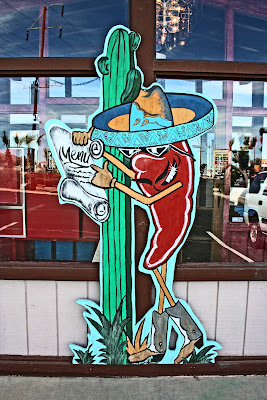 Further evidence that the citizens of Yucca Valley don’t much care for fancy victuals: the local antique store there had a copy of Larousse Gastronomique, on sale for at least the last couple of years.  I always thought of buying it, and I know a true gourmet would have bought one decades ago, but it always seemed a little pricey, and frankly I wasn’t sure how much actual use I’d get out of it.   Now however, the antique store is getting rid of the book section and last weekend everything was half price.  So I’m now the owner of the first American edition of Larousse Gastronomique, 1961, “the internationally famous bible of cooking … But until now it has only been available in the French language.” 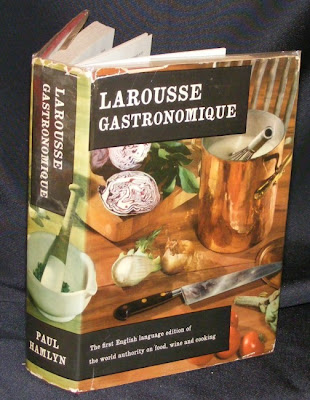 I think I was right about just how much use I’m likely to get out of it.  I’m pretty sure I’m never going to tackle any of the recipes for garden warbler or calf’s mesentery.   But the book is a wonder nevertheless. Needless to say, the recipes tend to be a bit heavy on the aspic and the foie gras, and when in doubt the tendency to toss in a handful of truffles. But I’m very grateful to the book for describing the taste of certain things I suspect I’m never going to eat.  The fenowlet, for instance, “a variety of pear which tastes slightly of aniseed.”  Nipplewort, “a plant similar to the sow-thistle.” Ivrogne de Mer (a small fish), “it’s flesh is tough, but it is nevertheless edible.”  And occasionally forewarned is forearmed “The flesh of the avocet,” Larousse tells us “although quite delicate, savours of the food it lives on, which consists almost entirely of fresh fish, worms and aquatic insects.”  There’s no entry for Mexican cookery, but mescal does get a mention.  The illustrations and photographs are just wonderful. 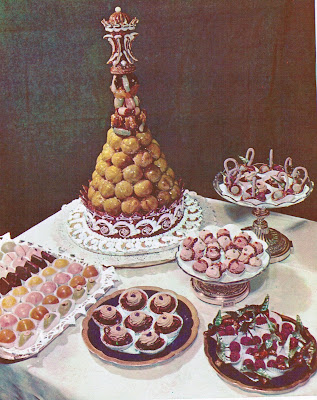 And of course the book contains the notorious entry on rat, which we’re told was “elevated to the rank of comestible during the great siege of Paris in 1870.”  Larousse also says that “rats nourished in the wine stores of the Gironde were at one time highly esteemed by the coopers, who grilled them, after having cleaned out and skinned them, on a fire of broken barrels.”  Wine stores and coopers are probably in short supply in the Mojave.  Desert rats on the other hand – we got ‘em. 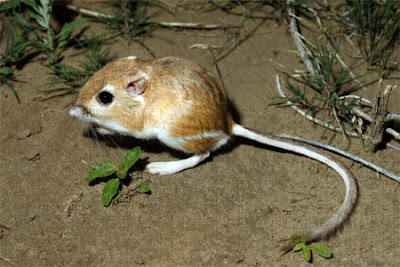 Posted by GeoffNIcholson at 12:28 PM