LOVETT OR LEAVE IT 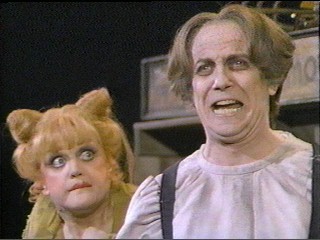 Once again I’ve been thinking of Mrs Lovett in Sondheim’s “Sweeney Todd” and some of the lyrics from “The worst pies In London,” the ones that run:
*
Mrs. Mooney has a pie shop!
Does a business but I notice something weird.
Lately all her neighbors' cats have disappeared!
Have to hand it to her --
Wot I calls
Enterprise
Poppin' pussies into pies!
Wouldn't do in my shop!
Just the thought of it's enough to make you sick!
And I'm tellin' you, them pussycats is quick! 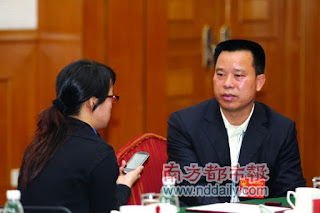 Well obviously not quick enough in some cases. I was reminded of the lyrics, having heard news of the alleged murder of a Chinese billionaire name of Long Liyuan (that's him above), who died after a business lunch that included a bowl of cat stew. This took place in Guangdang provice where cat stew is apparently a local delicacy.  Initially authorities thought the guy had died of simple food poisoning, then they investigated the stew and found it contained a poisonous herb, gelsemium elegans, so in fact the cat played a wholly incidental role in proceedings. 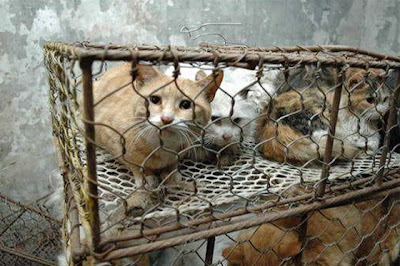 Two of Long Liyuan’s business associates were also at the lunch, both of whom got sick, but survived.  One of them, Huang Wen, didn’t eat much of the stew, complaining that it tasted “more bitter than usual” which of course raises the question of just how bitter a bowl of cat stew usually tastes.

The third diner Huang Guang had been in a financial dispute with Long Liyuan, and he allegedly is the one who poisoned the stew, eating just enough of it himself to get sick himself and thereby avoid suspicion, though obviously it didn’t work. 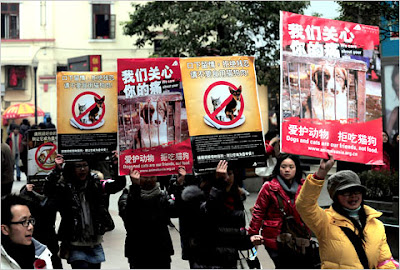 I’m sure there are many who’d think that anyone who eats poor little kitties deserves everything he gets, and as Chinese incomes rise and pet ownership increases, there’s quite a movement in that country to stop eating cats, and dogs too for that matter.  In fact it seems to be only a southern Chinese tradition, and is considered taboo in the north, although that doesn’t stop northern cat collectors rounding up feral cats and sending them to Guangdong.
There are some genuinely horrific images around of cats being readied for Chinese consumption, though I’m not sure these are actually any more horrific than images that could be taken in any slaughter facility.  However, the edible cat is supposedly skinned and boiled alive, which seems a bit unnecessary to me. If I was going to eat cat, I think it’d want it to be free-range and to know that it was killed humanely.
Anyway, my chances of eating cat here in California are pretty slim: it’s almost certainly illegal.  California law protects "any animal traditionally or commonly kept as a pet or companion," which seems way too broad, and I think any good lawyer could have a field day dismantling the logic of it, but I’m assuming the courts aren’t overburdened with legal challenges.  I’ve got my eye on some squirrels out in my garden.  They look tasty enough: I just have to make sure they don’t start getting too companionable. 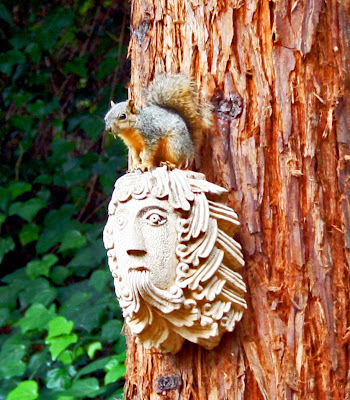 Posted by GeoffNIcholson at 12:29 PM