A LOOK BACK: SOME THINGS I ATE AND PHOTOGRAPHED IN 2011

Actually it was the other way round.  I photographed some things, then I ate them.  Eating them and then photographing them would be just weird and disgusting.

Early in the year I had an “art idea.”  I realized that I eat a sandwich for lunch pretty much every day of my life.  Occasionally I eat out or buy a ready-made sandwich but more often than not, since I work at home, I make my own.  Here from the beginning of January, for example, is a tuna sandwich on sourdough with cornichons. 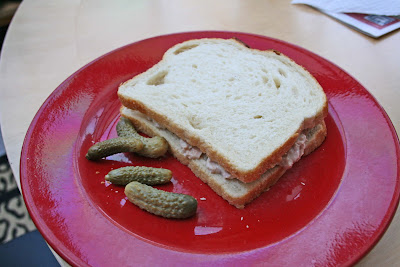 I eat a lot of sandwiches that look like that.  Not very visually exciting, so to make life a little more interesting, I made an open-faced egg mayonnaise on pumpernickel with anchovies. 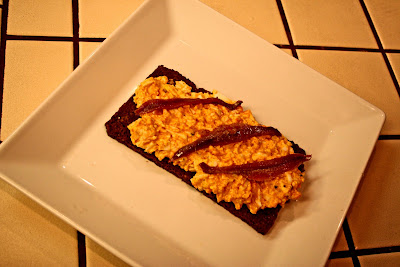 It tasted pretty good but I realized I was only doing it for the sake of the blog, and that’s no way to live. Then later in January, the Loved One was briefly in hospital, and here’s picture of a ham and cheese sandwich on marbled rye, which she was served there.  Of course it was definitely her sandwich rather than mine, but since she didn’t have much appetite I ate some of it, and it wasn’t at all bad for hospital food. 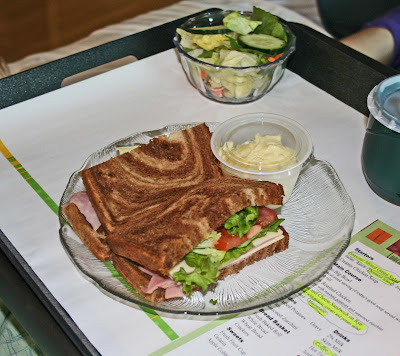 By the end of the month I stopped photographing my sandwiches, having realized that most of the ones I eat look very much the same.  Of course a part of me thought that could have been the whole point.  This could have been a beautifully minimalist art idea; 365 sandwiches all looking essentially the same but with the minutest variations.
Anyway, I had other things to do with my life, but I continued to eat a lot of sandwiches, though I only photographed them once in a while.  For instance, later in the year, when I was in Minneapolis, I ate lunch at the cafeteria in the Mill City Museum, and had this sandwich: 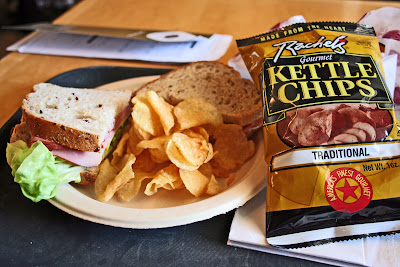 To be honest, at this point I don’t really remember what was in the sandwich; ham and cheese again, I think, but I actually took the photograph because of those Rachel’s Gourmet Kettle Chips – “Made from the Heart.”   Not sure if I want heart in my kettle chips, but I couldn’t say I hadn’t been warned.
In London, for one reason or another, I found myself in Dollis Hill in Gladstone Park, named after William Gladstone, and I was in need of something to eat.  Now, cafés in English public parks are places where historically you’ve found the kind of terrible food that has won England its reputation for low cuisine, but no longer. 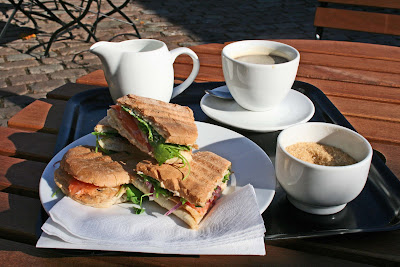 Here was the Karmarama Café housed in an old stable block and the sandwich was terrific: smoked salmon with red onion and capers, and I ate sitting in the cobbled stable yard, while a Rufus Wainwright album played in the background, and I thought good lord, things have changed for the better in the old country. 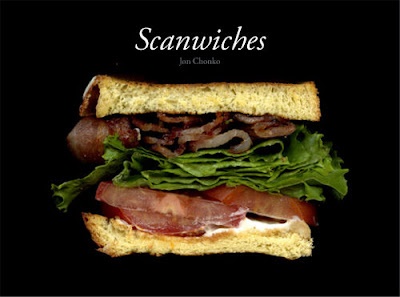 It must have been round about this time that I heard about a book titled Scanwiches, by John Chonko, published by Powerhouse, and also a website, naturally:  a wonderfully obsessive project of cross sections of sandwiches, as seen on a scanner. 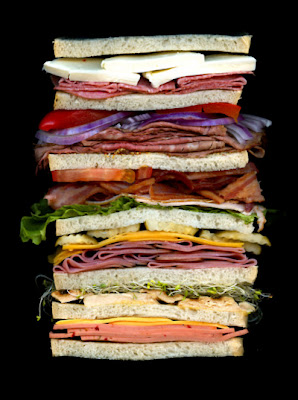 This is not quite the sandwich book I had in mind (it’s certainly less minimalist) but it’s near enough, and in fact it’s a good deal better than I’d have come up with, so I’m glad I hadn’t put too much energy into my project. 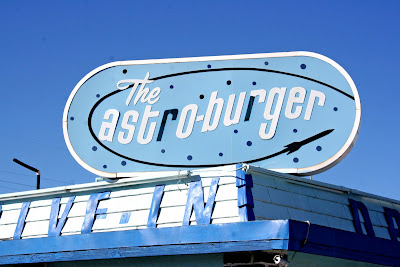 In December we made one of our desert road trips and returned to The Astro-burger at Kramer Junction, on the outskirts of Boron.  We went there originally because of the sign, but we returned because the food was so damned good. 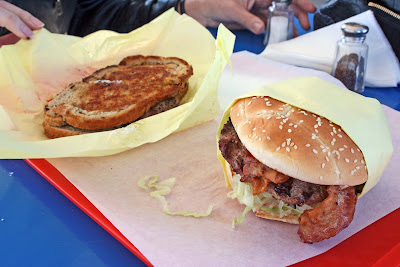 That’s a patty melt on the left which the Loved One swears is the best ever, and that’s an astro burger on the right.  How could you go to a restaurant called The Astro-Burger and not order the astro burger?   You might argue that a burger isn’t really a sandwich, but I wouldn’t. 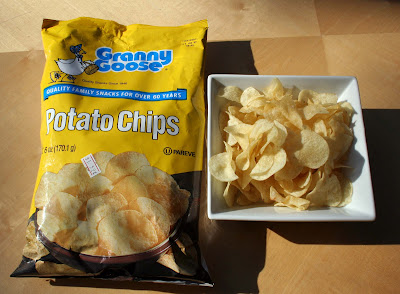 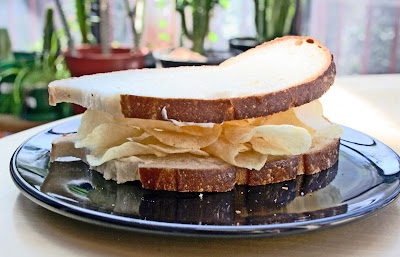 Posted by GeoffNIcholson at 1:38 PM