HOW ODD OF GOD 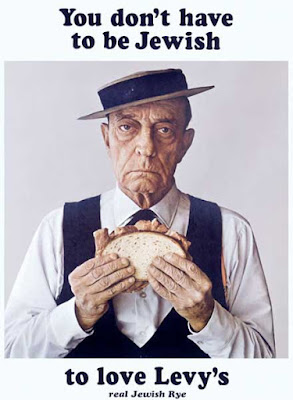 Lately I’ve been sitting here thinking, “I wonder what vulture tastes like.”  Probably not all that great: I imagine that an all-carrion diet probably doesn’t result in great flavored meat.  In any case, unless there’s a sudden dramatic change in my lifestyle, I suppose I’m not ever likely to experience that funky vulture flavor.  For that matter, I don’t imagine I’ll ever get to taste the osprey, the raven, the night wing or the great owl. 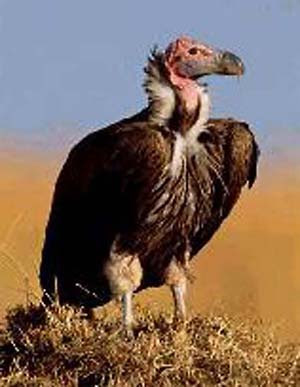 I am, of course, listing the feathered critters that Leviticus tells me I shall “have in abomination.”  Leviticus is also down on the pelican, the stork and the swan (among others).  But I really don’t think the swan can be considered an abomination.  If it’s good enough for the Queen of England it’s good enough for me.  In fact the Queen of England would have you believe it's TOO good for the likes of me (and you).  All swans in Britain belong to the crown, so killing (much less eating) one would be regarded as destruction of royal property, though obviously it’s all right to eat it if you get invited up to the palace for a swan feast. 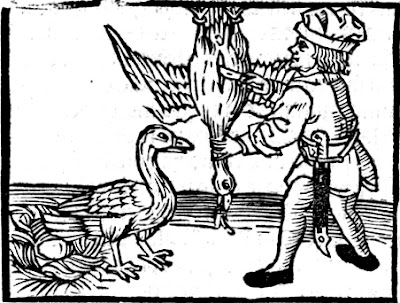 I’ve been thinking about abomination partly because I was asked to contribute my lofty opinions to one of the odd features that occasionally appears in the LA Weekly.  They create a Venn diagram – in this case one circle of “What do Angelinos think Jews eat,” up against another circle, “What do Angelino Jews actually eat.”  As I said to Elina Shatkin of LA Weekly, who’s working on the piece, most of the Jews I know in LA eat bacon sandwiches and pulled pork, but then I do run with an unorthodox crowd. 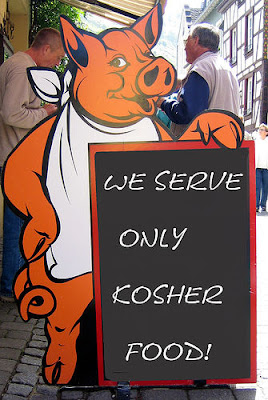 And, life being like that, I was already thinking of abomination, because I’d just read a piece titled “Craving the Food of Depravity” by Elissa Altman, a title so zesty that any article would be hard pressed to live up to it, but she does pretty well. You can find the whole thing on her blog Poor Man’s Feast:

http://www.poormansfeast.com/archives/craving-the-food-of-depravity.html
Mostly she talks about the things you eat when your judgment is impaired by intoxicants of one kind or another.  After a night at the Au Bar in New York, for example, she says she used to go for a Gray’s Papaya hotdog.  In England her debauchery extended to the Scotch egg.  Leviticus doesn’t specifically declare the Scotch egg an abomination (though personally I would) but the chances are there’s going to be some pork in that sausage around the egg, so the good book doesn’t need to be specific. 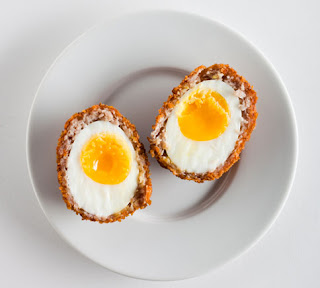 Since Elissa Altman is Jewish she obviously has a particular line on abomination.  She writes, "I took the conversation to my Facebook page, where I learned that, like pimiento cheese, smoked oysters are just something that my people aren’t aligned with, which is odd given the whole lox thing. Culturally, these particular foods of depravity aren’t, as I like to say, Jew food. (It’s a game: Mallomars? Jew food. Twinkies? Not Jew food. Ritz crackers? Jew food. Club crackers? Not Jew food. Veggie cream cheese? Jew food. Pimiento cheese? Not Jew food.)"   I’ll have to take her word for all that.
Religious food prohibitions aren't entirely my area, though I do get the notion of “forbidden fruit,” and it seems to me that if you’re going to have a night of debauchery why not extend the debauchery to the food – monkey brains, bush meat, long pig, hell, why not some vulture?
All of which brings me one of my favorite Kliban cartoons; there are plenty to choose from.  I have no idea whether this kind of thing is politically correct anymore, or if it ever was, and I certainly don't want the Anti-Defamation League coming after me, but I’m pretty sure that Barry Kliban was Jewish, so I guess that makes it all right, doesn’t it? 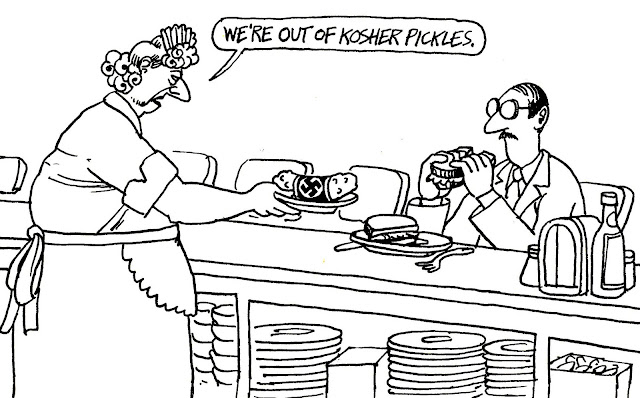 Posted by GeoffNIcholson at 1:34 PM