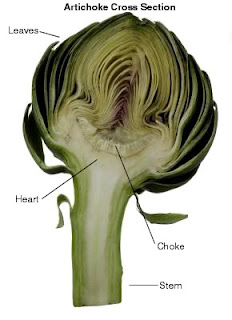 It’s hard not to have some seriously mixed feelings about the case of Dr Arturo Carvajal who, if the Internet is to be believed, is suing a Miami restaurant, Houston’s, because they didn’t tell him how to eat an artichoke.

The story goes that he ordered grilled artichoke and ate the whole thing, spiky leaves and all.  Evidently it went down OK, but then he woke up in the middle of the night with gut pains, went to hospital, where an “exploratory laparotomy” (that’s a big cut into the abdomen) revealed that there were artichoke leaves stuck in his bowel, which suggests he didn’t even chew them much. 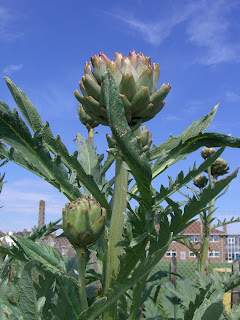 The Internet world (and certainly the restaurant) seem to think he was nothing but a damn fool.  It did cross my mind for a moment that this might all be a publicity stunt for the restaurant, but it's a very odd kind of publicity.  It raises the question of whether a restaurant has a legal obligation to ask every customer if they know how to eat the food they’ve ordered?  Should a server make sure the customer knows not to eat the chicken bones and the lobster shell?  I’d say no, and so it appears would just about everyone else except Arturo and his lawyer.  What’s more, if I’d found myself in Arturo’s position I think I’d have kept very quiet about it so as not to humiliate myself still further.  Even so, I do have some slight sympathy for the guy.  Surely we’ve all been in situations where we’ve been presented with food that we didn’t know how to eat, and were too embarrassed to ask.
One of the ordeals in my first year at university was having lunch with the college chaplain.  There were maybe a dozen undergraduates and him, so the ordeal was surely much worse for him than for us.  The first course was melon, which I knew all about, but there was some unidentifed powdered stuff in a bowl that people were passing around and sprinkling on their melon.  I had no idea what the powder was, but everybody else seemed to and I didn’t want to appear unsophisticated by asking, so I did the same as everybody else, and perhaps I took an overgenerous helping, but what did I know? 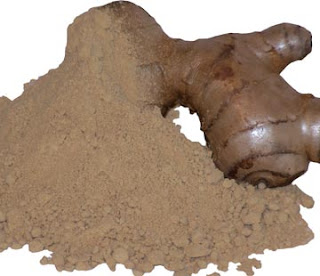 The powder, I now know, was ginger and as I took a mouthful of melon heavily coated in the stuff, it was as if a hot grenade had exploded in my sinuses.  I choked and sneezed and it left my taste buds in pretty bad shape for the rest of the meal, of which I now have no memory.  Everyone at the table was far too polite to say anything about my humiliation; just as they’d been far too polite to suggest that perhaps I’d helped myself to way too much ginger in the first place.  Would they have stopped me eating a whole artichoke?  Probably not.  I have to say that was the last time I ever put ginger on melon, though I didn’t think of suing anybody.
The fact is, humiliation is always lying in wait for the unknowing diner.  My friend Laura tells the story of when she worked as a waitress in a country club in the American South.  An apparently sophisticated woman ordered the filet mignon and when it arrived she said it  wasn’t what she’d ordered.  Laura checked and confirmed the order was correct.  Still the woman insisted, “But a filet is kind of fish.”  Another friend of mine tells the story against herself, about her first time in a Paris when she went to a restaurant, ordered the steak tartar and asked for it medium rare. 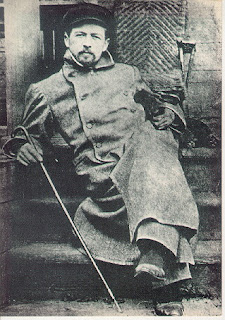 There’s a great story by Chekhov called “Oysters” in which a little boy, begging outside a restaurant, is taken inside by a couple of swells and fed on oysters.  The boy’s game to eat them but he doesn’t know what they actually are, so when they arrive he tries to eat the shells as well.  The swells of course think this is a huge joke but how was the boy to know otherwise?
Chekhov’s little boy aside, I guess there’s the reasonable assumption, that if you order something in a restaurant you know what it is.  And if you don’t know what or how to eat it then you’ll ask.  Arturo Carvajal was apparently afraid to admit his ignorance.  It’s not an uncommon thing.  And as a matter of fact, the first time I was told how to eat an artichoke, in fact by the steak tartar friend who’d become a true Francophile by then, I couldn’t help thinking she was pulling my leg.  It seemed pretty darn improbable.  And how did people ever work out how to eat a pomegranate?  Or a persimmon? 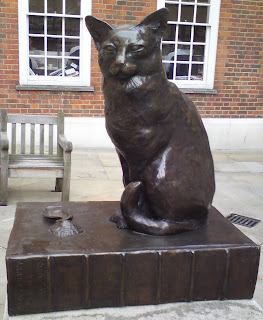 Talk of oysters got me thinking about Hodge, Samuel Johnson’s cat.  The good doctor fed him on oysters, which he went out and bought himself, feeling that the servants would resent buying oysters for a cat.  There’s a statue of Hodge outside Johnson’s house in Gough Square in London, and sculpted onto the plinth is an opened oyster with its shell.  Hodge, as Johnson told us, was a very fine cat indeed, even so, I don’t suppose he knew how to shuck an oyster.  But I'm sure he knew better than to eat the shell.
Posted by GeoffNIcholson at 3:34 PM