THROW UP THE CLOWNS 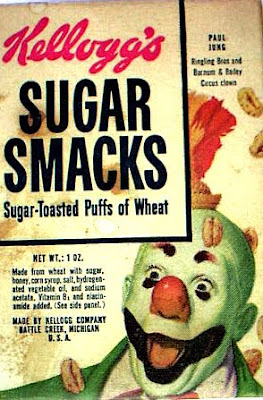 Before I move on from cereal, a small thought about the imagery and characters companies use to sell their food products. 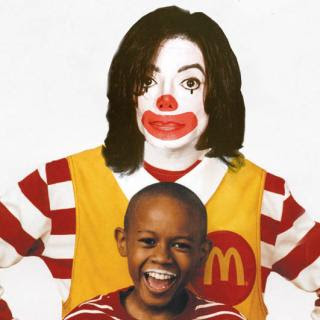 We all know that millions of dollars go into marketing, market research, focus groups, and whatnot, but in advertising agencies the world over, after all the time, money and effort has been expended, somebody in the office evidently says, “Ah screw it, let’s just stick a clown on the packet.” And everybody else says, “Sure, why not?”

Obviously it works pretty well for cereal, so why wouldn’t it work for other things?

Why not cotton candy? 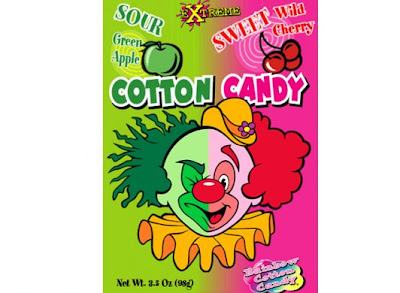 Why not imitation raspberry drink mix? 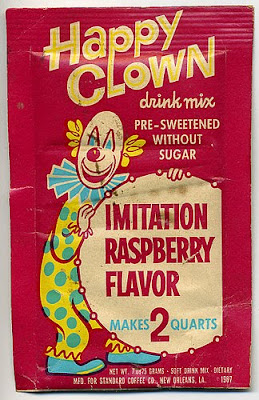 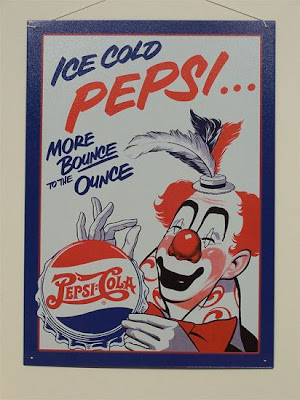 And, above all, why not hamburgers? 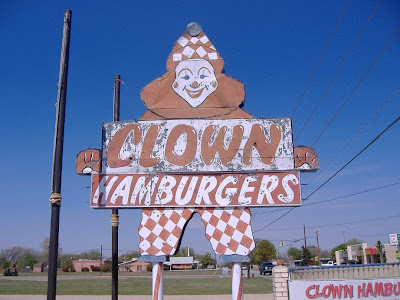 As the picture above shows, McDonalds weren’t the first to come up with a hamburger-related clown. This one is in Fort Worth and seems to be a local landmark, though I I’m not sure it’s still it’s in business anymore.

And of course clown-related pushing of food to kids reaches a kind of apotheosis with the Simpsons’ – the KrustyOs “a nutrition-free food” and Krusty Burger “If you can find a greasier sandwich, you're in Mexico!” 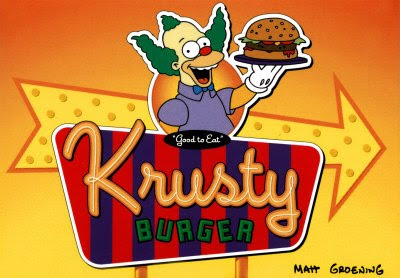 I suppose advertising guys know what they’re doing, but the thing is, I used to be a kid, nd I remember what it was like. And I remember that I HATED clowns, and asking around, I’m far from alone in this. I wouldn’t want to eat a product just because a clown endorsed it, but actually EATING a clown, as below, oh yes – I’d be prepared to do that. 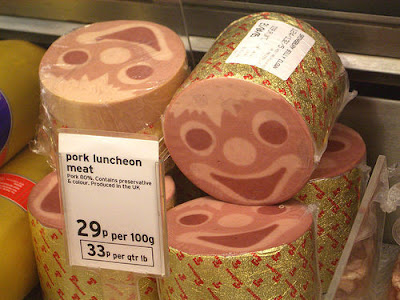 You’ll note that it contains preservative and colour - now there’s a surprise.
Posted by GeoffNIcholson at 9:41 PM